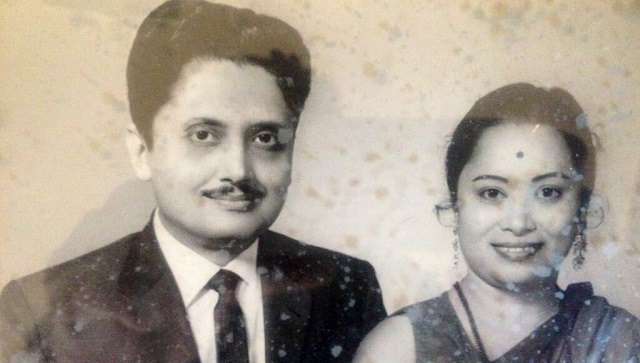 ‘Shakuntala Devi’ on Amazon Prime is a thoughtful look into the life of the woman who got the moniker of the ‘human computer’ for her mathematical brilliance. However, the film tries to show there was more to her than just her genius. Shakuntala Devi was a woman and a mother – emotional, and capable of immense love and care. Moreover, she’s also iconic due to her rejection of societal labels and strong feminist principles enshrined in progressiveness. Perhaps, all of this is most evident from her failed marriage with her husband, Paritosh Banerji.

The film does not quite touch upon why the two split up, but those acquainted with Shakuntala Devi’s life might be wondering if Paritosh is gay. We are here to settle all doubts, and tell you what happened to him.

Shakuntala Devi married Paritosh in 1960. The IAS officer had a good married life with the ‘human computer’ until the former’s sexual preferences came to light. Paritosh turned out to be gay. Instead of letting the revelation turn her life upside down, Shakuntala Devi strove to understand the matter.

Notably, India was very different at that time, and homosexuality was a taboo. It was recently decriminalized in 2018. In an attempt to understand homosexuality, Shakuntala Devi started speaking to members of the community – closeted homosexuals and same-sex couples in India and abroad. Shakuntala Devi put together the research in ‘The World of Homosexuals,’ where she called for the decriminalization of the way of life, back in 1977. Unfortunately, it was not enough to save their marriage, and the couple ended up divorcing in 1979.

They had a daughter together, Anupama Banerji, and Shakuntala Devi embraced the life of a single mother. Anupama maintains that Shakuntala Devi brought her up in the best way possible.

What Happened to Shakuntala Devi’s Husband?

Paritosh was born to a Brahmin family in 1938, in Kolkata. Very little is known about his parents or siblings, but we do know that he cleared the UPSC (Indian Civil Services) exam in one go, which is no small achievement, as it is one of the most difficult tests to crack. Paritosh went on to serve the nation for 50 years.

He worked in and around West Bengal, striving for the upliftment of poor people. Although not much is known about his current whereabouts, Banerji should be around 82 years old. Obviously, he is no longer an active IAS officer and has retired from his post. It remains unknown if the news about his sexual preferences went on to have any significant impact on his life or career. Any story about his future relationships after Shakuntala Devi also remains scarce.

While Paritosh and Shakuntala were not meant to be, the touching point is Shakuntala Devi’s willingness to understand an alternate lifestyle in its entirety. She was one of the first Indians to become an LGBT ally comprehensively. Their marriage might not have lasted, but the book becomes a testament to the bond they shared. In some ways, Paritosh Banerji managed to change Shakuntala Devi’s life forever.