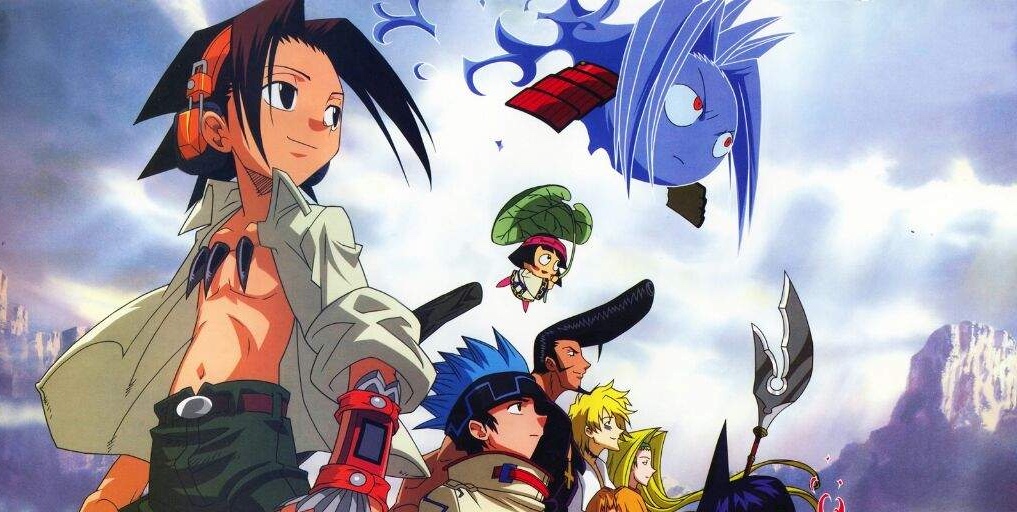 ‘Shaman King’ is just another one of those old classic shounen anime that did not shine bright as others like ‘Dragon Ball Z‘ or ‘Naruto‘. Throughout its span of 64 episodes, it explores themes such as friendship and teamwork and though all of it is quite enjoyable, the show has certain plot holes that become very obvious after a point of time. The first three arcs of the anime are great but the last 4th quadrant is just a drag and lasts way too long.

The pacing is one of the biggest issues in the story but the show is still watchable as it has impressive world-building and even the fight scenes in it are very well executed. Most of the characters of ‘Shaman King’ are deep and undergo a lot of development through backstories. Apart from a few, all of them have diverse and interesting personalities that add to the overall fun element of the anime.

Studio Xebec, that is known for producing anime like ‘Pandora Hearts‘ and ‘To LOVE-Ru‘, has done a great job with the visuals of ‘Shaman King’. One thing that really stands out about its animation is the detailing with which the designs of each character has been created. That’s one big reason why many viewers still remember the characters if this anime, to this day, more than anything else.

The soundtrack of the anime is noticeable but can be forgotten way too easily. The opening theme is slightly above average, but there isn’t anything special about them. Overall, at this point in time, ‘Shaman King’ will only be interesting to those who have old memories associated with it. But apart from being a nostalgic pandering show that only a few remember by now, there’s nothing too exceptional about it. Even then, if you’re a Shounen fan, you should certainly give it a try.

Shaman King Season 2 Release Date: When will it premiere?

‘Shaman King’ season 1 premiered on July 4, 2001 and with a total of 64 episodes, it went on till September 25, 2002. Now if we compare the anime and the manga it has been adapted from, the anime stays loyal to it all the way till 25th episode. Right from the 26th one, the anime slowly starts drifting away from the original story. There are certain characters that are there in the manga and have never been included in the story of the anime. And surprisingly, even the anime introduces certain new characters of its own. Also, the manga has a lot more backstories compared to the anime which is understandable because of the time constraints of the anime series.

The ending of the two formats is entirely different and though the conclusion of the manga is slightly cheesier, it considered to be a little more realistic and in a way better compared to that to that of the anime. So clearly, the creators of the anime can never really go back to the original story of the source material since the anime sets out to have an entirely different plot halfway through it.

Another big reason why ‘Shaman King’ season 2 may never happen is that it has been close to two decades now since its release. On today’s date, it is clearly not popular enough to be revived after so many years and even back then, it had a fairly average rating on most platforms. Most fans would be surprised to know that in 2017, the author of the manga was offered for a remake but he politely declined it by saying that just because the creators were not able to use the same voice actors and soundtracks as its first run, he had to say no to the idea. So if you did follow the anime throughout and you want more out of its story, your best option right now would be to read manga that has a lot more content than the show. If by any chance, we get any updates regarding its remake in the future, we will surely update it here in this section.

Unfortunately, the English Dub of ‘Shaman King’ which was previously available on Funimation and Crunchyroll has now been removed and it is also not available on any other trusted platforms. If we get any updates regarding the availability of its online streaming in the future, we will surely update it here.

Shaman is a term used for describing people who can command spirits. Every 500 years, the Shaman Fight Tournament is held in Tokyo where all of these Shamans confront each other for an ultimate showdown. In the end, the one who manages to win this battle gets to be the Shaman King and control the Great Spirit, which holds immense power that can even reshape the entire world. So basically, the one who wins the tournament later gets to rule the whole world.

One day during a late-night walk, Manta Otamada ends up meeting one of his classmates, You Asakura, who asks him if he would like to come and stargaze with him and his friends. Although a little reluctant at first, Manta agrees but to his horror, the friends You was referring to turn out to be the spirits of a nearby cemetery. This is when You discovers that, like him, Manta has the ability to see spirits and he even starts liking him because of this. Asakura later finds out that the members of the local gang had beaten up the local comrade and he sets out to seek revenge with the help of the spirit of samurai named Amidamaru.

Meanwhile, Manta starts to learn more about these spirits that he has started seeing and even gets to know about the Shaman King Tournament, where his new best friend You aspires to win.

You Asakura is a very laid back guy who easily gets along with everyone around him. He has a twin brother named Hao who is the original reincarnation of the HAO and keeps getting reborn again and again. He seems to be in a fun mood all the time but can get really serious when necessary. His brother Hao is pretty much the same and the only major difference between the two is that You is a bit more sensible and is also able to look at things with a more positive light.

Manta is an intelligent young boy who gets anxious too easily. Unlike his friend You, he is not a Shaman but has the supernatural ability to see ghosts. He often carries a “dictionary/encyclopedia/compendium of all human knowledge” with him and is also very expressive but panicky at the same time. In the anime, he is later able to become a Shaman by merging himself with a spirit.

Amidamaru is a samurai who died during the Muromachi period 600 years ago and is now You’s companion spirit. He is very well known in the town of Funbari where he had killed many other samurai soldiers before dying. He is very loyal and devoted to “Lord You”. He is also known for being the handler of a great sword called the “Harusame” which was forged by his friend Mosuke who later appears as a spirit in the anime.