When Does Shameless Season 10 Episode 2 Start? 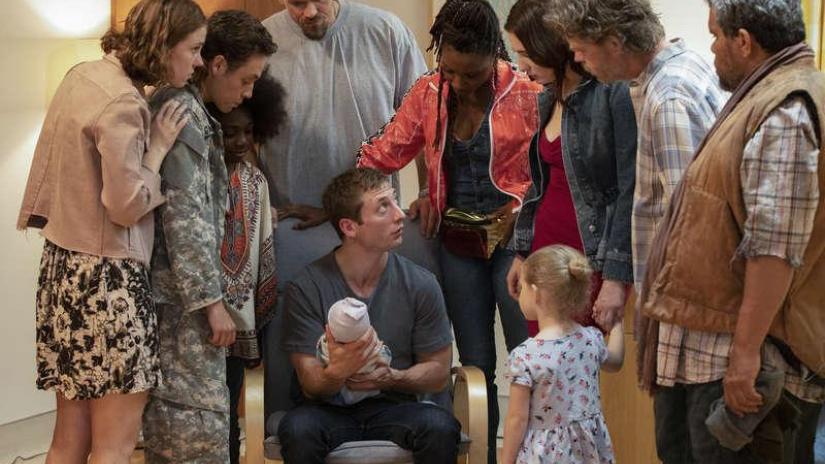 ‘Shameless’, which launched in 2011 on Showtime, has become the network’s longest-running series. Developed by John Wells, the series is based on the UK show of the same name. The US series is set in Chicago, with an unreliable family patriarch trying to navigate the Gallagher family, while his eldest daughter takes it upon herself to hold the family together. In the latest season, the eldest daughter isn’t around, meaning that a new family dynamic is bound to arise, with someone taking up the responsibility of leading the family. This is where Season 10 of the show starts.

The first episode, titled “We Few, We Lucky Few, We Band of Gallaghers!” welcomes a new Gallagher into the family, while promising to be a wild ride. Now that Fiona, the eldest daughter, has left, Debbie takes charge of the family. She plans to visit Ian soon. Despite looking after the family, she makes it clear that she will not be cleaning up after everyone, unlike Fiona, because Debbie has a child of her own. That being said, she is taking care of the finances, dividing the cash Fiona left behind into three categories, essentials, savings and discretionary. We are made aware that Debbie has been using some of the cash herself, splurging on fancy clothes, shoes, and perfume. She knows by when she needs to return everything, yet when Debbie walks into a fancy bar, she is greeted as a regular.

Before we think too much of her story, it shifts to Frank, who is back to his old ways, looking for quick and easy ways to get rich. However, there is a human moment for the father of the family, who confesses to his friend that he is recovering from a broken heart because his eldest daughter ‘ran away’. Carl seems to have his own troubles when he needs to cram a summer’s worth of sex in less than two days, with his girlfriend who is going away to Annapolis. However, their romp is interrupted when the condom breaks, forcing the two to rush to the medical store for Plan B.

We see Liam taking a “being black” class, understanding the heritage, but he is picked on by the others. V also has his own pressing issues as he has to handle Kev. The boy demands $350 sneakers, but V tells him about how he makes his living, dancing at a gay nightclub. He doesn’t seem to know that he has been slotted for Daddy Night. The final characters welcome a bundle of joy as Lip and Tami have a baby. Tami begins hemorrhaging. As she is taken to the emergency room, we don’t know what happens to her. However, the family rallies around Lip and the baby. Debbie is seen on the phone with Fiona probably, relaying the news that it is a boy, and Ian doesn’t know yet.

Shameless Season 10 Episode 2 Release Date: When Will It Premiere?

‘Shameless’ Season 10 Episode 2 is slated to release on November 17, 2019, on Showtime at 9 PM ET and has been titled “Sleep Well My Prince For Tomorrow You Shall Be King”. It has been written by Nancy M. Pimental, and Jennifer Arnold directs. Notably, each new episode of the tenth season is slated to come out after seven-day intervals. Therefore, the season, which has 12 episodes, is going to run from November 10, 2019, when the first episode aired, till February 2020.

Showtime, owned by CBS, is also available for $10.99 a month without any cable or satellite subscription. They offer a week-long trial period after which they charge subscribers. Notably, it is also available through a variety of other providers like the Apple Tv App, AT&T Tv, Fubo Tv, The Roku Channel, Sling, and YouTube Tv.

‘Shameless’ can be best viewed on any of the above services. However, if you want a more detailed and complete guide about where to watch the latest season and episodes of ‘Shameless’, do check out our streaming guide for the series, here.