Everything We Know About Marvel’s ‘Shang-Chi’

The fiasco that Marvel held at Hall H of the San Diego Comic Con this year may be quite far gone now, but the excitement for all of MCU’s upcoming projects in Phase IV is barely beginning to heat up. Fan or no fan, you have to admit that the MCU has come a long way, and the milestones it has created, being the highest grossing franchise of films ever, topped by ‘Avengers: Endgame’ being the highest grossing film ever, won’t be brought down until at least a few years.

Marvel studios have, at their peak released a maximum of three films in a year as part of their regular slew of the ongoing phase leading up to a finale every three years, but seldom have they really broken the shell when it comes to storytelling or anything ground-breaking, now that we outwardly expect any such thing from our modern superhero films. However, consider this. ‘Black Panther’ achieved feats that were hitherto not considered even in the same planar game for superhero films, bagging an Oscar nomination for the Best Film, even winning in Production and Costume Design, and Musical Score. Its box office cumulative too stood at a massive $1.3 Billion, and the film soared by virtue of so much more than being the first film with an all African-American cast. It had socio-cultural significance and a celebration of years of legacy wonderfully projected through the eyes of a fictional nation in Wakanda.

I expect ‘Shang Chi’ to repeat the same story, bearing the potential to be a game-changer for both the MCU and superhero movies collectively. Touted as the first superhero Kung-Fu film being headlined by an all Asian starcast, they have just the right kind of eyes and attention, and with it a responsibility for inclusive representation, something that they will no doubt pull off correctly now that they finally have set their eyes to it. While there is definitely that, there is also more than enough reason to be excited for this upcoming martial arts superhero film. Here is everything we know about the already announced ‘Shang-Chi and The Legend of The Ten Rings’ movie. Read on.

Shang-Chi Plot: What Is It About?

Even for the uninitiated, let’s begin with the basics. Surely you would remember a time, more so a movement in Cinema wherein Kung Fu films and films displaying Asian Martial Arts were the talk of the town, spearheaded by none other than the legendary Bruce Lee, and later by the likes of action superstars Jackie Chan, Jet Li, Donnie Yen, Michelle Yeoh and Tony Jaa. The comic book fandom was quick to cash in on that and thus was introduced Marvel’s very own martial arts superhero, Shang Chi, hailing from the Bronze Age of comics, succinctly aligning with the 70s which was also the peak of the popularity of martial arts films in Hollywood.

Traditionally, Shang-Chi is not associated with any superhuman powers, except being labelled with the alias “The Master of Kung Fu”, being proficient in numerous forms of unarmed and armed combat. He later developed the ability to create countless duplicates of himself before he finally joined the Avengers, but I think Marvel would be reserving that for a later movie. Although, to be honest, that would form a killer finale for his origin film that was recently announced, but we will have to wait to find out for sure.

His fictional biography dictates him to be the son of Fu Manchu, legendary archetypal fictional villain who has been the face of numerous novels, comics, films and TV programs. A mad scientist and an evil killer are just few of the common accompanying terms that would pop up in a simple internet search of the character. Shang-Chi was trained in the martial arts by his father and his criminal organisation, until later learning of the truth behind the tyranny of his father, and turning against him to fight him along with a few of his aides from the MI-6 that Shang-Chi was initially sent to assassinate.

A very popular theory on the internet predicts that the story of the film’s main villain (revealed in the next section) and Fu-Manchu would be directly connected, and while that would be all sorts of interesting to see, there still is a little bit of a grey area in the appearance of Fu-Manchu himself, since Marvel has long lost the rights to the character, following which they themselves moved away from Shang-Chi’s connection with him in comic books published later.

Who is the Villain in Shang-Chi? 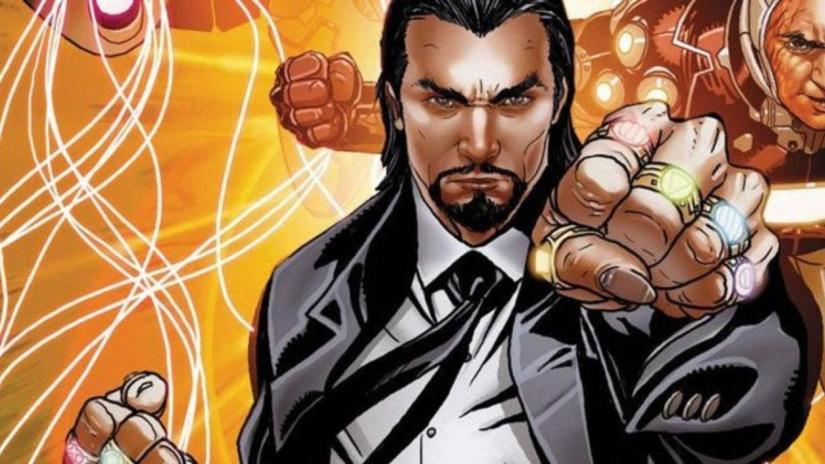 Jumping straight into it, the “Ten Rings” in the title of the film should surely ring a bell for some Marvel fans. The Ten Rings are a fictional terrorist organisation in the Marvel Comic Universe, most primarily linked to the Iron Man universe of films and comics. The same organisation also made an appearance in the first and third Iron Man movies in the MCU respectively, as the people who imprison Tony in the cave at first, and in the third, as the terrorist organisation who destroy Tony’s home, and attempt to kill the President on live television. If that doesn’t rattle up your memory, the image of the logo of the organisation surely will.

Driving our way back to the discussion, ‘Iron Man 3’ left a little bit of a gap in the representation and the true extent of the powers of the Ten Rings organisation, and more notably, the head of the organisation, The Mandarin, which brings me to the point of this extended discussion. While Ben Kingsley originally got the look and the demeanour of the Mandarin to a kickass T, that was quickly revealed to be a wasted opportunity when it so turned out that he was nothing more than a decoy for the “real” Mandarin, Aldrich Killian, who used the fake front of terrorist attacks by the Ten Rings to cover up for adverse reactions to the Extremis virus that he was in the process of perfecting.

If my memory serves me correctly, towards the end of the film when he is just about to lead his plan to fruition, he reveals himself to be the “real” Mandarin. Needless to say, that simply wasn’t the case as the next bit of news would reveal to us, and several critics seem to agree with me when I say that the Mandarin storyline from one of Iron Man’s most formidable foes was completely wasted in the film. The Mandarin will thus now play the primary villain and antagonist in the ‘Shang-Chi’ film, and his return to roots and squaring off against the Shang Chi has us all sorts of excited.

Shang-Chi Cast: Who is in it?

Canadian Chinese actor Simu Liu has been cast in the titular role of Shang-Chi, while Tony Leung has been cast as The Mandarin. Awkwafina who broke out with her role in ‘Crazy Rich Asians’ and ‘Ocean’s 8’ too has been cast in a yet undisclosed role.

Shang-Chi Crew: Who is Behind it? 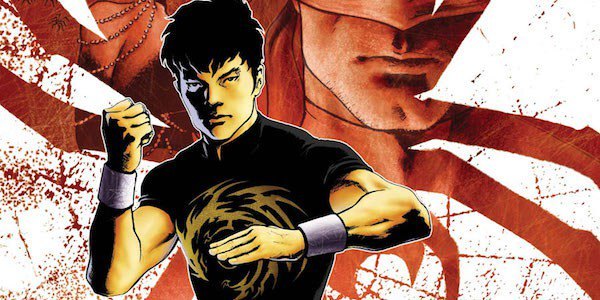 Destin Daniel Cretton who has been until now mostly associated with the Indie scene in films will be directing the feature film. Cretton has earlier worked with another MCU headliner, Brie Larson who plays ‘Captain Marvel’ in his second film ‘Short Term 12’. He will also be joining hands with her again in the upcoming ‘Just Mercy’, where she will be seen acting alongside Michael B. Jordan who played Erik Killmonger in MCU’s 2018 smash hit ‘Black Panther’, so the Marvel connections here are obvious. Dave Callaham, who has writing credits in the range of ‘Wonder Woman 1984’, the ‘Spiderman: Into the Spiderverse’ sequel, The Expendables and the 2014 ‘Godzilla’ reboot will be penning the screenplay.

Shang-Chi Release Date: When Will it Come Out?

‘Shang-Chi and the Legend of the Ten Rings’ features prominently on the slate of Marvel’s Phase IV and is set to premiere on February 12, 2021, furthering the ‘Black Panther’ hypothesis.