Shanghai Dawn: Everything We Know

When one thinks of the classic action flicks we watched growing up, one thinks of cops, martial arts, and if we go old school, then definitely some Westerns. ‘Shanghai Noon’ managed to combine all three of these, and had the Far East collide with the Wild West, creating something so mismatched but magnificent, that we could never get over it. It was the turn of a new millennium and Jackie Chan was THE man who introduced us to something as fun and thrilling as the action-comedy genre.

‘Shanghai Noon’, set in the 19th century, is a hilariously clever variation of the buddy cop films, and showcases an effortless chemistry between Chan as a Chinese Imperial guard, and Owen Wilson as a laid-back and smooth Western outlaw. Chan plays Chon Wang (John Wayne…get it?) who sets on a mission to save Princess Pei-Pei (Lucy Liu) which takes him all the way from the Forbidden City to Nevada, where he crosses paths with the outlaw cowboy, Roy O’Bannon (Wilson). The rest of the film explores the two teaming up to save the princess, as the case usually is. Despite the film’s predictability and flaws, it is the humour, performances and chemistry that lift the film up, turning it into one of the finest by Chan and Wilson in the genre.

The audacious juxtaposition of Kung Fu with the Western turned the film into a widespread success, gaining approval from both viewers and critics for being an old-fashioned crowd pleaser with hilarious performances. This was followed by ‘Shanghai Knights’ in 2003, turning the film into a full-fledged franchise. This was nearly 2 decades ago, and since then there have been talks of a Shanghai Noon 3, titled, ‘Shanghai Dawn’ which somehow never materialized. But the past years have seen the film garnering attention as it is slowly beginning to get developed, though nothing is final as of now. So, will the ‘Shanghai’ film series live to see the Dawn? Here’s everything we know.

Shanghai Dawn Plot: What Can It Be About? 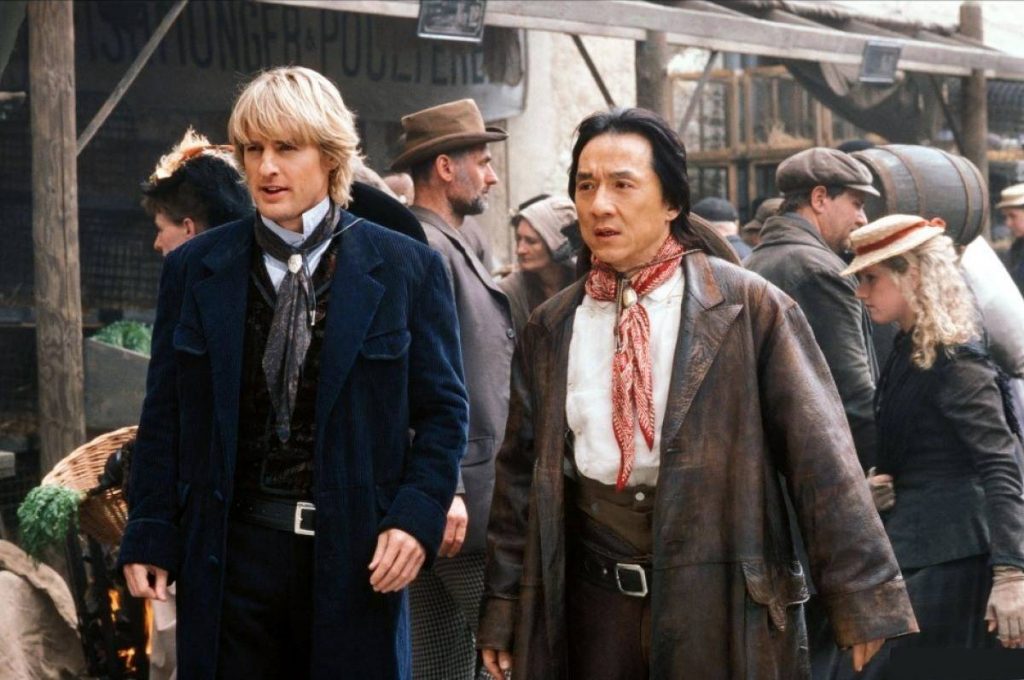 ‘Shanghai Noon’ introduces us to Chon and Roy in 1881, who join forces for the first time to retrieve Princess Pie-Pie who is abducted by Lo Fong and taken to America. It focuses on their adventures in the Wild West, and ends with the two becoming sheriffs in Nevada. The sequel, ‘Shanghai Knights’ has the two join forces once again in 1887, as the two set out on a mission to avenge Chon’s father’s death, which takes them to London. The film also introduces us to fictionalized Charlie Chaplin and Arthur Doyle, who help our heroes on their mission. The film ends with Chon, Roy and Doyle receiving Knighthood, with the duo deciding to go to Hollywood next.

Though the plot details of ‘Shanghai Dawn’ are kept under wraps, there have been speculations based on what the cast and crew have mentioned in interviews over the years. In an interview in 2003, Owen Wilson stated, “We’re talking about it maybe starting in Hollywood and then going from there to Africa or the Pyramids … I feel like we have the freedom to take them anywhere in time we want.”

This was, of course, a long time ago, and while we’re not sure where our heroes end up in their next adventures, we can expect it to include Hollywood in someway or another as that’s where the sequel leaves us. This would be really interesting given that the film, in all probability, would be set in the the early 1890s – a time when Hollywood was still a rustic country town.

It was in the early 1890s that the first short films in America were being made, while the first feature only came by 1897. But given that ‘Shanghai Knights’ took some liberties with history, we can expect the same from the third installment. The sequel had the duo interacting with a young Charlie Chaplin in 1887, while the man was only born in 1889. Keeping this in mind, it would be fun to see if the film shows some hilarious bits from a time when Hollywood was merely foetus slowly emerging. It would also be fun to have Chon do some classic John Wayne Western antics, as a tribute to the man who ruled the Westerns, and perhaps in a hilarious parallel world scenario have a young Wayne learning the style from Chon himself.

In an interview in 2016, Alfred Gough, the writer of the films, mentioned that the third film will be set in China because Chan “wants to showcase China in the way that the first film showcased the old West.” This seems highly likely given that both the films had some parts of China in them, and that’s precisely where Chon Wang’s story begins. This could be really interesting as the 19th century was a time of imperialism and opium in China. We can certainly also expect a lot more Kung Fu in ‘Shanghai Dawn’ then. This would also make more sense as Lucy Liu is rumoured to return in the film as Princess Pei-Pei. If this pans out, we can expect our heroes making a journey to the Forbidden City.

Shanghai Dawn Cast: Who Can Be In It? 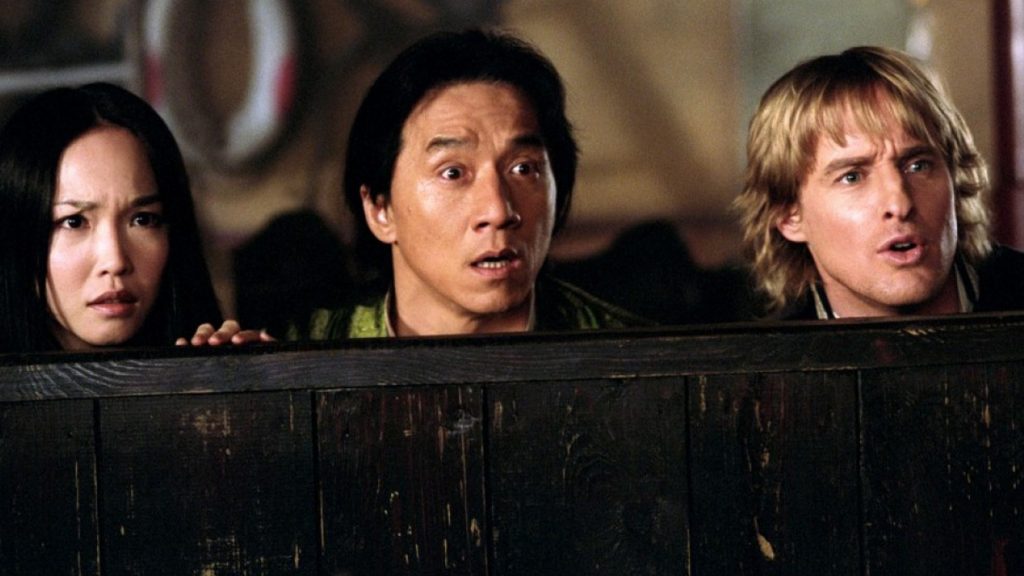 The ‘Shanghai’ film series is all about the hilarious adventures of Chon Wang and Roy O’Bannon, so we can certainly expect Jackie Chan and Owen Wilson to return and reprise their original roles. Wilson and Chan have also been vocal about ‘Shanghai Dawn’, so much so that Jackie Chan’s official website even posted details on development of the sequel back in 2003 when it was initially teased. Along with the duo, Princess Pei-Pei is also rumoured to return in ‘Shanghai Dawn’, so we can also expect Lucy Liu to reprise her role from the original film.

Shanghai Dawn Crew: Who Can Be Behind It?

Despite the sequel being teased for over a decade, on May 14, 2015, MGM finally announced that they were moving forward with ‘Shanghai Dawn’. The story for the same is being developed by Miles Millar and Alfred Gough who also wrote the other two films in the series. In September 2016, it was announced that Jared Hess of ‘Napoleon Dynamite’ fame, signed on as director for the film, while Theodore Riley and Aaron Buchsbaum are writing the script.

Shanghai Dawn Release Date: When Can It Premiere?

Though it’s not entirely been confirmed, we have reasons to believe that ‘Shanghai Dawn’ is currently being developed, especially with the news we have on the cast and crew. Thus, if all goes well, we can ideally expect ‘Shanghai Dawn’ to premiere sometime around 2021 or later.