Where is Shannon Cake Today? 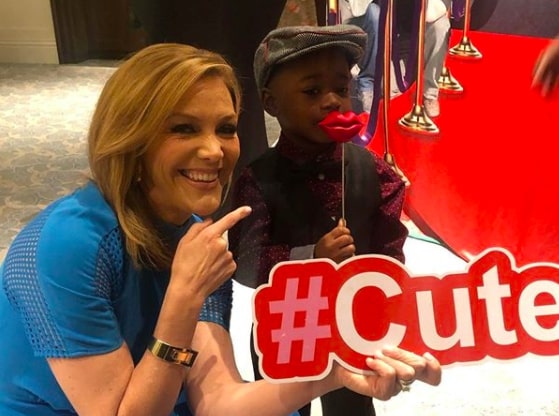 The documentary series, ‘Jeffrey Epstein: Filthy Rich’, is a depiction of the efforts and voices that have gone behind unmasking the true nature of the late financier, Jeffrey Epstein. The man, who ran in high profile tight circles, was a convicted sex trafficker. However, the enormity of his crimes went undetected for the longest time. Those who have closely monitored his case have made lengthy observations about several others who were close enough to have known and participated in most of his sexual offenses. The list is inclusive of one of the former Presidents, and British royalty.

Who is Shannon Cake?

Shannon Cake joined WPTV in 1996, as a consumer and investigative reporter. Later, she became part of the 5:30 PM newscast. She is also the anchor for WFLX (FOX 29) and The NOW South Florida. Her investigative reporting for over two decades has been significant in making several groundbreaking stories and facts heard.

It is in this capacity that she reported on WPTV’s former anchor, Tim Malloy’s breakthrough discoveries in the Jeffrey Epstein case. As Cake reports it, she talks about how everything started for Malloy with a phone call. In the segment, Malloy said, “ I was actually sitting at my desk, and I had gotten a call from a kid who said he was at Royal Palm Beach High School. And he said there was an older guy that the young girls were going to give massages to.” This became the beginning of the book, ‘Filthy Rich: A Powerful Billionaire, the Sex Scandal that Undid Him, and All the Justice that Money Can Buy. The Shocking True Story of Jeffrey Epstein.’

The book written by James Patterson and, co-authored by John Connolly and Tim Malloy, is a detailed exploration of Epstein’s criminal activities. Malloy spoke of the challenges they faced in getting the book published, as Epstein persistently tried to make sure that it did not happen. The threat was so real that he told Cake to make the story heard if anything happened to him.

Where is Shannon Cake Now?

Shannon Cake continues to live in West Palm Beach, Florida, with her husband and two sons. Recently, she was in the news due to an electricity outage that hampered her program due to poor internet connectively at her residence. This was due to a thunderstorm that had affected the locality.

Cake is extremely active on social media. She shares glimpses of both her personal and professional life on her social media accounts. Cake often shares various socio-political endeavors, either in support of it or raising concerns regarding its credibility. Lately, she has been doing several live broadcasts from home in the wake of rising COVID-19 cases. She has made a work office in her home, which is interestingly her living room.

She also celebrated her father’s birthday, keeping in line with the social distancing rules. Her children made signs and put them up in the living room. Cake calls herself a ‘defender of the First Amendment.’ She is also quite attuned to her faith, as she calls herself a child of God. Her Twitter handle is littered with her WPTV news updates. Shannon Cake’s Instagram has several posts of her two sons. Her posts are also inclusive of the many little things that give her joy.

My husband said signs like these really lift the spirits of our medical teams as they drive into work each day… Feel so helpless to help them otherwise….. #leaningonprayer🙏 #hope #love ❤️#medicalheroes #artclass #falttenthecurve #stayhome