Sharks are the deadliest predators in the ocean. When they make something their target, there is no way on earth that they are going to miss. They are swift, strong, huge in size, and their jaws can tear apart any flesh on the planet. They are one of the ultimate predators living in the world today. Steven Spielberg is the first one who saw the potential in these creatures and decided to make a movie on one of them. He ended up making ‘Jaws’ (1975). The movie became so popular that it invented this concept of a summer blockbuster, which is followed to this day.

Trying to replicate the success Spielberg had with Jaws, many people came forward to make shark movies but none of them managed to show the same skill and quality that Spielberg did. However, it will be unfair to say that nobody has tried. There have been some interesting shark movies in the past and with better graphics and picture quality available, their shock value is much higher is actually much higher. Deriving from this concept, we have also had the ‘Piranha‘ series which flourished. With that said, here’s the list of really good shark movies on Netflix that are available to stream right now. 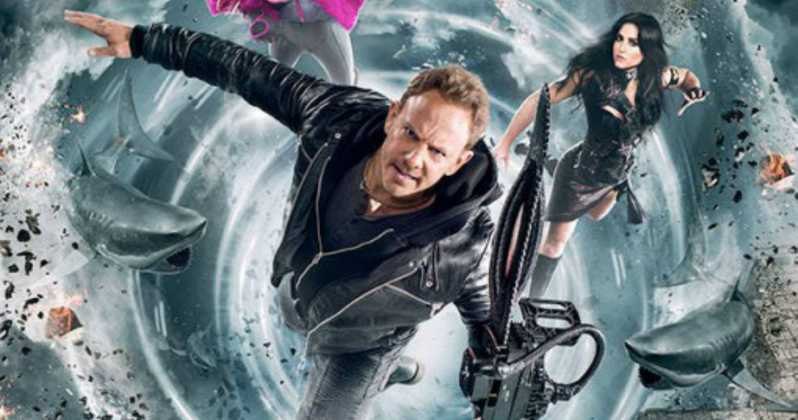 What we have to remember about movies like this is that they should not be taken seriously and should only watched for the fun. A sharknado, as the name implies, is a tornado which has picked up a lot of sharks on the way from the ocean, which now can affect areas inhabited by men. This movie follows the characters of Fin and April who were there in the earlier movies as well. They have a son named Gill. They find out that a sharknado is about to attack London. The attack happens because the couple had discovered a temple dedicated to a shark god and had removed a piece of artifact from there. Soon, such attacks start happening throughout the world.

However, we soon find out that these sharknados are also portals to other worlds and one of them becomes so intense that the entire world is consumed. April dies in the incident leaving Fin as the last man on the earth. But an older Gill comes to him saying that she has managed to create a time machine and they go back in time to save the planet. Ratings for this movie have not been great, but I can tell you that it’s definitely worth your time. 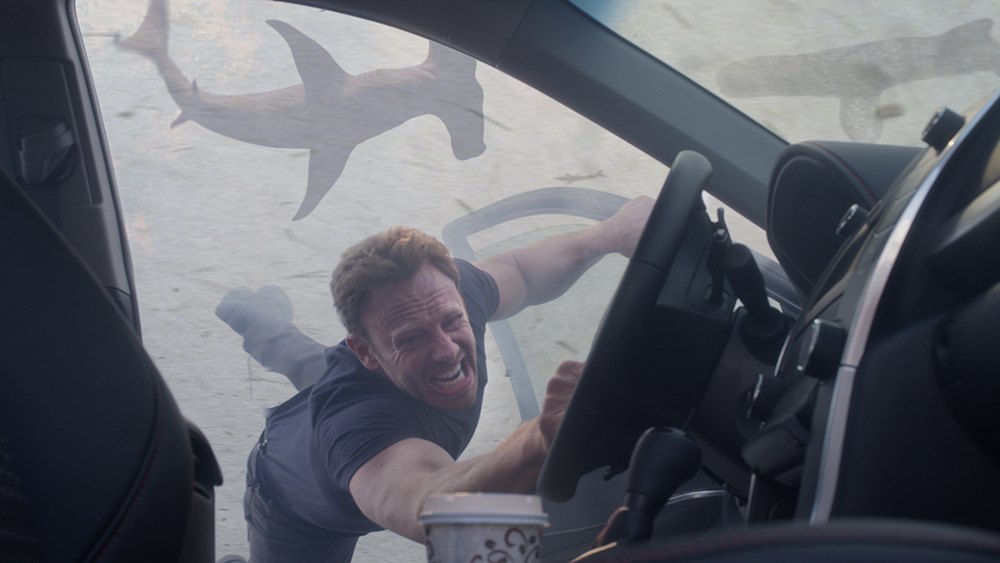 In the third instalment of the Sharknado series, we find Fin in Washington DC when a sharknado brings down the United States’ capital to its knees. Fin discusses with the president on how to tackle these sharks and while returning to check on his wife, he encounters a sharknado. Fin realizes that the number of sharknados is constantly increasing all around the world and they can join together to be one giant sharknado. He has to find a way to end it all. He then figures out that the only way this could be done is if the entire sharknado is blasted off into space as quickly as possible. The movie is funny and should be watched with a sense of humor. It has been directed by Anthony C. Ferrante. 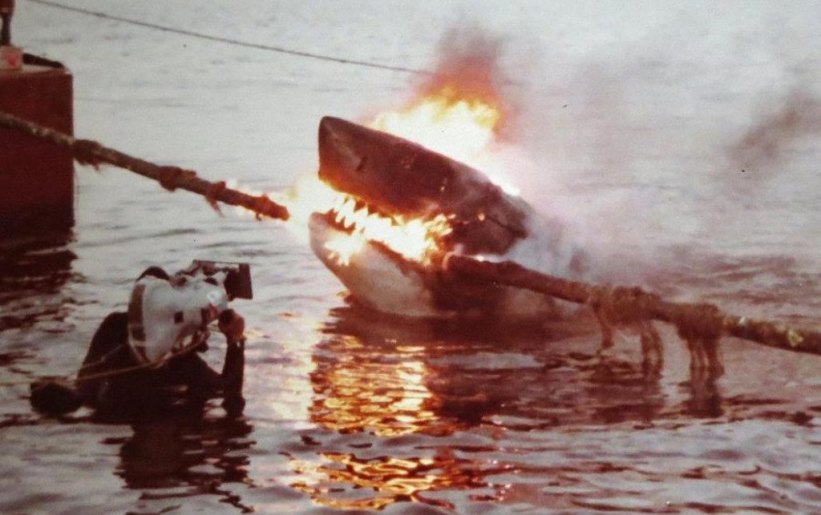 ‘Jaws II’ boasts of delivering one of the most iconic movie taglines in history- “Just when you thought it was safe to go back in the water…”. The movie is set in the same town as the first ‘Jaws’. We see the character of Police Chief Martin Brody returning for this film. In Amity Island, there has been a shark attack once again, which has resulted in the death of a diver after he attacked the shark using a flare gun. Though Brody tries to make the higher authorities understand, they are reluctant to believe his claim. He pursues the matter a lot and one day, shoots off a harmless group of fish thinking that they together look like a shark. Then one day, his son goes out to the sea with some friends and even they encounter a shark, after which a disastrous series of events follow. This finally makes everyone believe what Brody was saying to be true. The movie received mixed reviews but it is surely the second best movie of the franchise. 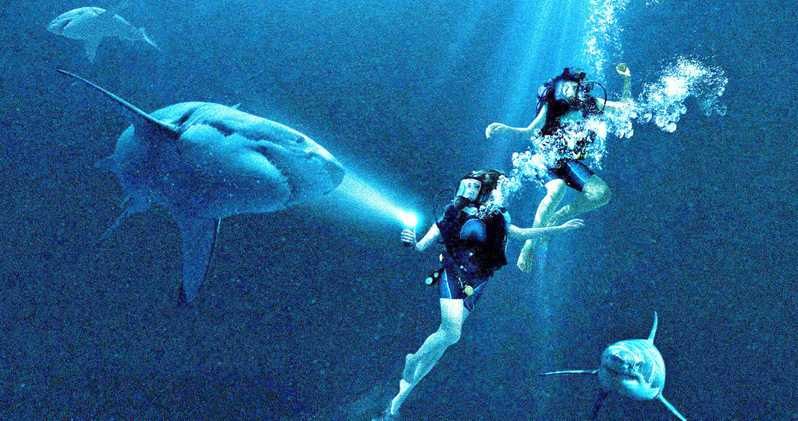 Here, we come across the story of two sisters, Kate and Lisa, who are on vacation after Lisa breaks up with her boyfriend. Among the two sisters, Lisa is not an experienced diver. Nevertheless, they lie and manage to convince Captain Taylor to allow them to dive in the ocean in a dive cage. But it turns out that the dive cage is quite rusty and can break at any point if intense pressure is applied. As they go deeper, suddenly, the cable attached to the cage breaks and the sisters are sent tumbling down to the bottom of the sea. Kate swims up and talks to the captain who says that a spare cable will be found soon.

Later, the sisters lose track of the person who is supposed to arrive with the cable. They cannot even get out and ask for help because the sea is teeming with sharks. As soon as the sharks go away, the spare cable is attached, but it also breaks after a while. The sisters are now alone and trying to escape out of the ocean alive. The movie has received mixed reviews from critics and was nominated for the Saturn Awards’ Best Horror Film category. 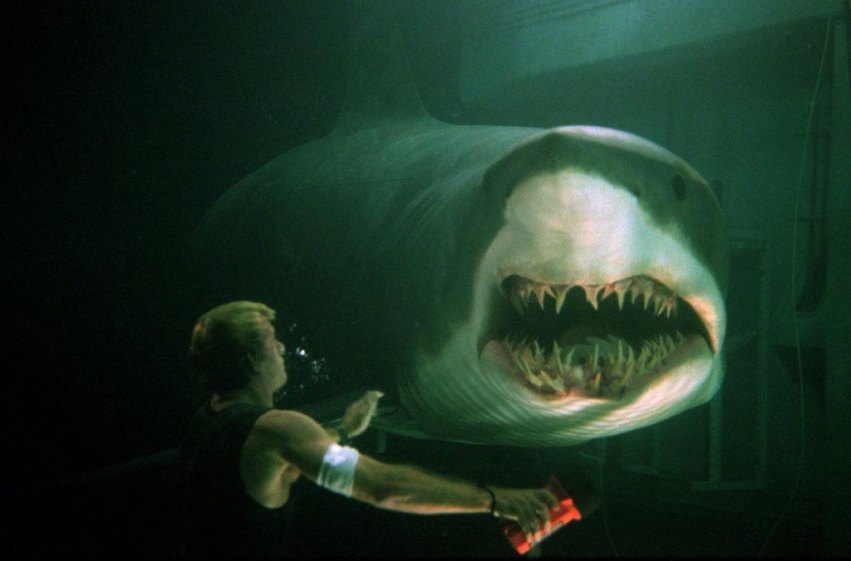 One of the best shark movies ever made, ”Deep Blue Sea’ is directed by Renny Harlin who also made the film ‘Cliffhanger’ (1993). The story revolves around a research facility, its researchers and other workers. The facility holds numerous sharks which are used for biochemical research regarding the human brain. These sharks are able to produce a certain protein complex which was essential for patients suffering from Alzheimer’s disease. What everyone notices is that the sharks are far too smarter than what they usually are. When questioned, Dr. Susan McAlester admits to genetically modifying the sharks to increase their brain size so that the protein complex they are looking for is produced in larger quantities. The largest shark of them all now starts attacking the people alive, and even floods the facility to enable its easy escape. The group has to fight this massive and intelligent killer to ensure they have a chance of survival. 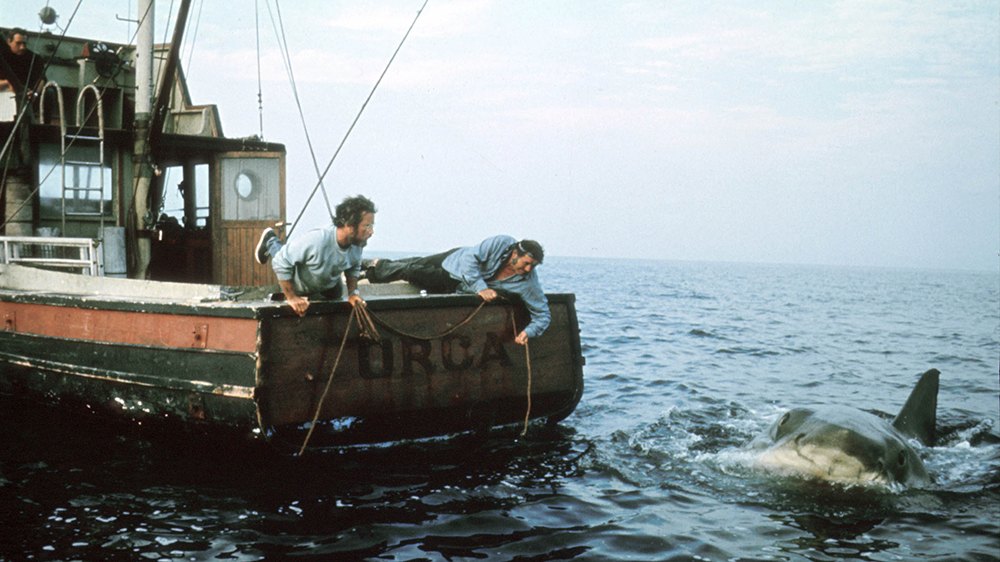 Steven Spielberg has time and again proven himself to be a pathbreaker. He started paving his own way when he made ‘Jaws’ soon after making ‘The Sugarland Express’ (1974). Since ‘Jaws’ released, American movies have never been the same. And in this film, we understand what is the exact difference between a good director and a great director. Anyone who has seen the film knows that the shark is hardly shown, but what is there in abundance is the imminent fear of the shark. And Spielberg achieves this with his spectacular framing and editing. The use of background music in this movie is also something any film student can learn from.