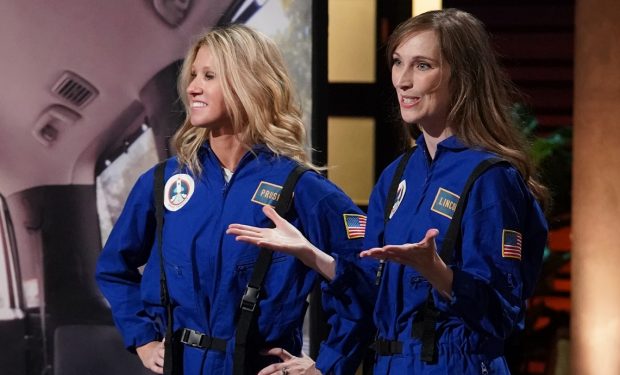 This week, the 15th episode of Shark Tank season 11 landed and showcased some more amazing business ideas. But what appealed to us were the two gorgeous mums from San Antonio, Texas, Krissy Pruske and Rachel Lincoln, all suited up as astronauts, who presented Space Traveler. Well, accompanying them, were a bunch of other crazy ideas as well. We will get to that in our recap section.

So are you done with the last episode yet? If yes, it’s time to get ready for another episode. Read on to know everything about ‘Shark Tank’ season 11 episode 16.

Shark Tank Season 11 Episode 16 Release Date: When Will It Premiere?

In the upcoming episode, we will see the following business ideas: “A stylish and affordable mobile real estate concept; a snack with Indian roots; a portable solution to powering small tech devices; a new way to ensure safety while using tools; and an update on apparel company Bombas” — as detailed by the official synopsis. Rohan Oza will feature as the guest judge.

In episode 15, we meet a mother from Los Angeles, California, who has come up with an alternative for a healthier beverage for kids. Another entrepreneur from Lakewood, New Jersey, presents this sample for an elaborate AirBnB while two mothers from San Antonio, Texas, showcase a gadget that will make car rides for kids safer and calmer. Two siblings from Woodbury, Minnesota, present their portable, multifueled outdoor design that can help one to quickly bake pizzas.

Andy and Eric Bert present an idea for an outdoor oven that is fueled by propane and wood, and which can be used to fasten the baking time of pizza. They seek $120,000 for 10% of their company Bertello but Kevin O’Leary and Mark Cuban are not impressed as they believe it’s a recreation of an existing idea with minor modifications. However, Kevin takes the offer for 25%.

Ashli Jelinek discusses her brand Kids Luv, which offers the first zero-sugar vitamin beverage for kids. However, she has already spent a huge sum after taking money from her friends and relatives. Hence, the judges are apprehensive of the idea and don’t go ahead with it. Rachel Lincoln and Krissy Pruske introduce a product that is called Space Traveler, which is a type of car seat cover that serves as an individual compartment for kids. Barbara is impressed with the idea and decides to invest in it.