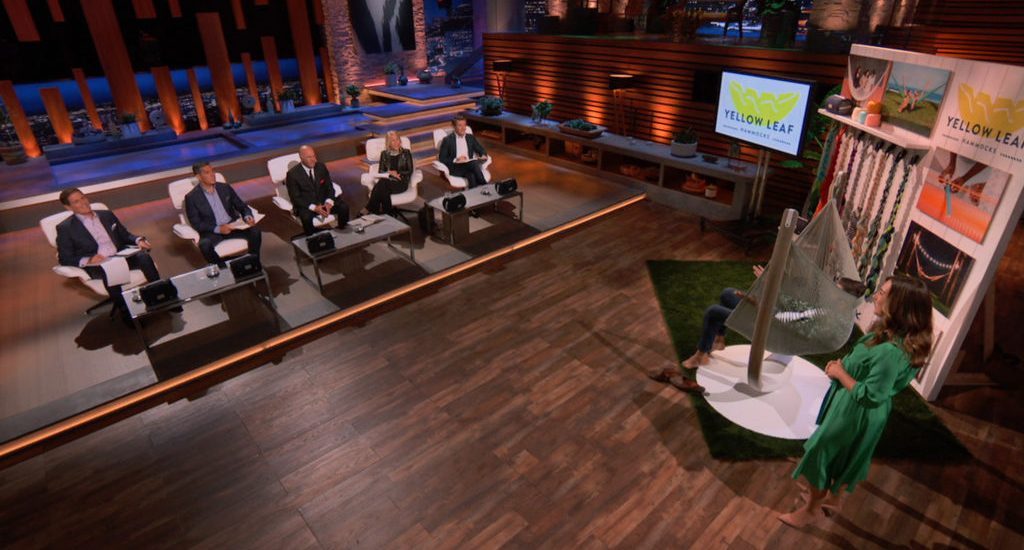 The 12th iteration of ‘Shark Tank’ has featured some really interesting products in its first three episodes. For instance, in the third episode, we witness a range of creative pitches — including an innovative cereal-based retail franchise, an effective back pain reliever, an adult swaddle, and a robotic fish lure! Now, the show is all set to drop its next part. Excited to know what the fourth episode has in store for fans? Well, we have you covered!

The fourth episode of ‘Shark Tank’ season 12 features a bunch of new, innovative product pitches — a healthy alternative to salt and a spring-loaded cake stand. We also have an entertaining alternative to the familiar carving knives usually used during holidays. Finally, we witness a product that is created to attach a cellphone to almost any type of surface.

If you have a cable subscription, you can watch the fourth episode for ‘Shark Tank’ season 12 by tuning in to ABC at the designated time slot. Otherwise, you can catch up on the episode online the day after it is aired on ABC’s official website.

Episode 3 kicks off by welcoming to the tank a husband-wife duo from Milwaukee, Wisconsin. Their product is a swaddle, designed for adults. Called Sleep Pod by Hug Sleep, this unique cocoon-like cover is created to swaddle one’s whole body while lending the experience of a gentle, calming hug. Sleep Pod not only helps in reducing anxiety but also ensures good sleep. The hand-made product is crafted from a special 4-way, breathable, and comfy stretch material. Sleep Pod was launched in 2019.

Next, we meet entrepreneurs from Plano, Texas, who have discovered an inventive approach to fish luring. The world’s first robotic fishing lure, Animated Lure, is electronically programmed to replicate the life-like swim of real fish! The product, at the time of pitching, is available in three sizes, with more than forty different skins. The third pitch is given by a husband and wife pair from Las Vegas, Nevada. Their idea is to design a retail franchise that caters to a gamut of cereal-centric treats. The Cereal Killerz Kitchen, located in Southern Nevada, is the region’s only cereal bar. It offers over 140 different cereals.

The fourth entrepreneur is from Provo, Utah, who showcases a product designed to relieve back pain. Chirp is a health and wellness company that has designed an all-purpose wheel — to offer a simple and effective pain relief solution. The remarkable Chirp Wheel+ has been endorsed by 3,000 chiropractors and doctors around the world.