Sharna Burgess From Dancing With The Stars: Everything We Know

Sharna Burgess became a part of the dance community while she was still a toddler and started working on projects of monumental importance by the time she reached her teens. The Aussie has been a part of “Dancing With the Stars” for years now and got the opportunity to exercise the transformative power of dance as an artist on the show in 2013. Her sublime stage performances have won the hearts of millions and we are all rooting for her while she gears up for another season of the series that is closest to her heart and has given her immense fame and success.

#tbt taking it wayyyy back #thatblondetho 😝

Born on 21 June 1985, in Wagga Wagga, Australia, Sharna Burgess fell in love with dancing from a young age. Her frolicking transitioned into various styles of dance as she started training in ballet, jazz, and gymnastics at the tender age of 5. By the time she entered adolescence, Sharna had already won numerous local and national titles. She was 15 years old when she represented her home country at the World Championships in the Standard and Latin styles. There was no stopping her after she got the golden opportunity to perform in the 2000 Summer Olympics Closing Ceremonies.

So honored to be a part of this incredible show, @tonydovolani it's a pleasure performing with you! @swayshowofficial #sway #livestageismyhome #blessed

Revealed by the star dancer herself, she independently moved to London from Australia at the age of 18 to single-mindedly chase her passion for dancing. For six long years, she had the honor to tour with the hugely successful “Burn The Floor” across the world and landed on Broadway as its lead female dancer, which had been her life-long dream.

#happiness #love #theone #greatoceanroad one of the best 2 days of discovery I've done. Love sharing it with my man @paulkirkland

She met her one big love, Paul Kirkland, in 2011 while they were both choreographing on a movie called “Street Dance 2” in London. Sharna fell in head over heels in love with him the instant she saw him performing on a Michael Jackson track in a rehearsal room. They started dating a couple of weeks later. Luckily, around the same time, “Dancing With the Stars” contacted her in 2011 and asked her to come to L.A., which was also her boyfriend’s hometown. But their careers took them to separate paths and the two mutually split apart in 2015, without an official announcement. 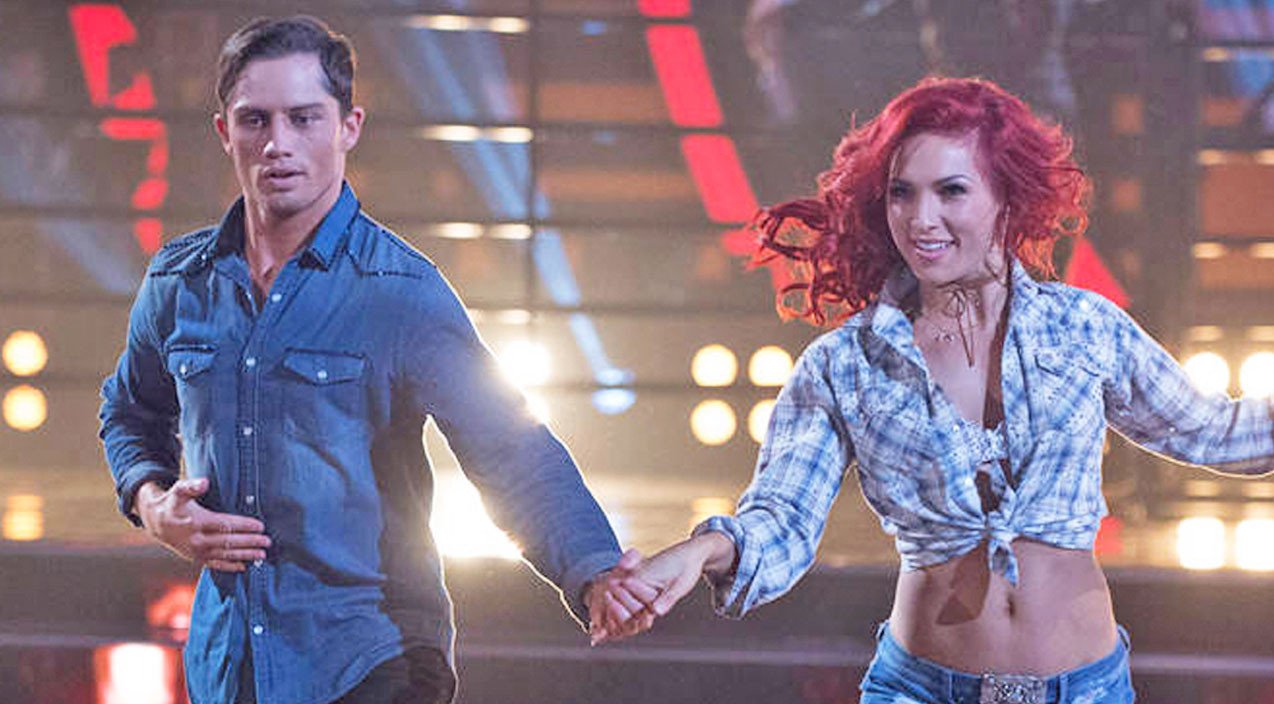 It was briefly rumored that Sharna was seeing her DWTS celebrity, Bonner Bolton, around March 2017 but she denied it outright. She admitted to having great onstage chemistry but claimed it never reached their hearts. The tittle-tattle about the budding romance between Pierson Fode and the pro dancer was fuelled by Fode’s unconfined compliments and openly stating that he had a crush on her. But Sharna never addressed it publicly. Only recently, she has been shutting down any fan speculation regarding her dating scenario and says she is completely focused on the oncoming DWTS season.

#fbf to my @noahgallowayathlete, an inspiration. It takes courage to risk your life for your country but more than that it takes the heart of a hero!! ❤️I am forever grateful to know you! Happy #VeteransDay to all the service men and women! 🙏🏼❤️@dancingabc #dwts #myjunglegym

Oh what a night!!! ♥️ I am so proud of this one right here, and so unbelievably grateful for all of you who voted to keep us in and get us to the final!!!! @jno24 you were incredible tonight, for a man that’s never danced a step, in only a short time you’ve grown so much. Holy 💩 dude you made the freakin final of @dancingabc … now let’s work harder than ever to be better than we could even imagine. Freestyle here we come 🤩🤗 #teambackthatpassup

Sharna and her many dancing partners made it to the top three due to the excellent work she did on them. She had reached the grand finale of the dancing competition thrice before being crowned as the reigning champion of the 27th season in which she performed with Bobby Bones. Her journey began as a troupe member on its 13th season and has been nothing but incredible after performing on its stage until the winning season.

6 years and 12 partners later… it’s the win i never expected but it’s everything I could’ve dreamed. It was always meant to be you. Thank you to every single person who voted, who rallied, who supported and believed in us. We quite literally wouldn’t be here without you. @mrbobbybones once I process all these emotions there is a post coming just for you. But for now… simply thank you for everything.

At the time of casting for the 28th season, the show’s executive producer informed her that they were not able to partner her up with anyone. She was shocked and sad about receiving the news that she would have to be dropped that year. In spite of not knowing about the real reason behind that decision, she looked at it in a positive light. Luckily for her and the millions of fans she has amassed from the show, she is back to the franchise.