Everything We Know About Marvel’s She-Hulk Series 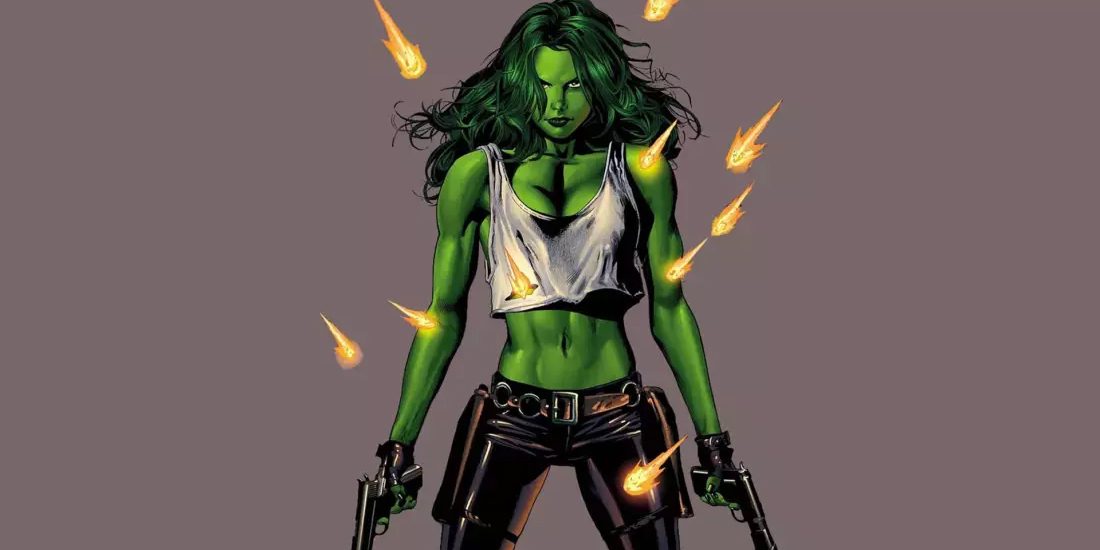 The Marvel world has still been incessantly buzzing with news even after the much touted culmination of its cinematic universe’s first three phases, ‘Avengers: Endgame’, now the highest grossing movie in the world. Recently, at the San Diego Comic Con, Kevin Feige proudly exclaimed that after 23 films under their belt, and more than 10 years of combined storytelling, they were just getting started, and that there was definitely more to come. There certainly is the risk of an overkill here, especially given the massive new announcements for Phase IV that entailed the SDCC, but Marvel seems to know what they are doing here.

While DC is still struggling with establishing firm cinematic timelines and universes for its a-list properties, some of them being instantly recognisable icons across the world, Marvel is already pushing its yellow ticket properties to increased public recognition and commercial success. To prove my point, the time is 2019, apparently the golden age of comic book movies, and the ‘Guardians of The Galaxy’ films based on characters virtually unknown to the uninitiated before the films released have grossed more than ‘Justice League’. The tables sure seem to have turned, but this is something that directly brings me to the point, lest we stray too much from it.

At the recently held Disney D23 expo, a wave of expositions followed that told Marvel still wasn’t done putting out new shows and movies as part of its Phase IV. While we will be putting out new stuff on all the new shows announced, including Ms. Marvel and Moon Knight, ‘She-Hulk’ will be the show closing on the fourth phase. So here is everything we know on the second angry green monster that will soon be joining the MCU. Read on.

She-Hulk Plot: What Is It About?

Since the character hasn’t been hinted on in any of the previous MCU properties and that this is going to be her first live-action appearance, despite talks of one going on for decades altogether, it would be good if we just start off with a brief history of the character. The She-Hulk, as the name would tell, is in essence a female Hulk with all of the green rage monster’s powers, including enhanced strength, imperviousness to bullets, disease and other kinds of physical attacks, unless you know, it’s a mad titan, and the ability to traverse long distances in a single jump along with an outwardly muscular body upon transformation.

She-Hulk’s alter ego is Jennifer Walters, a smart, composed lawyer operating in the same universe as the other Avengers, and is a cousin of Bruce Banner’s. Following an attack by a mob boss, Walters received an emergency blood transfusion from Bruce Banner himself, which is what is directly responsible for her “hulking-out” and acquiring the powers of the green rage monster. Although, there is one marked difference between the two gamma radiated cousins. The She-Hulk, even when transformed, appears to retain most of the control over her emotions and intelligence, as opposed to the Hulk who finds solace in savagely smashing anything that comes in his way, despite showing only bare signs of understanding and intelligence.

However, the current twist in the MCU with respect to the Hulk now adorning the persona of “Professor Hulk” (or Smart Hulk as he is dubbed in the official ‘Endgame’ DVD commentary) is already at the stage where Bruce Banner seems to have merged his two personalities, with the brains of the Doctor and the brawn of the monster. To add to that, since the series has only been barely announced right now, we can simply assume that there is quite literally a world of possibilities on how Kevin Feige and team pull this off, no holds barred. During the show’s announcement at the D23 expo, Feige did take centre stage while affirming to the fans that what they were going to pull off with this show, was going to be something “completely different, nothing like what we have ever done before”. That’s also what he said for ‘WandaVision’ and ‘Thor: Love and Thunder’, so I tend not to get my hopes up.

Again, as long as we are speculating, I can guess that Mark Ruffalo’s Hulk is not done donning the green and angry face just now. My guess is that he will have a presence on this show, possibly as one leading to her origins with the blood transfusion story arc, and later as a mentor of sorts in this new world of heroes without any of the original Avengers. To stretch things further, assuming that his right arm is irreparably damaged following the events of ‘Endgame’ from the snap that brought everyone back, he may even be ready to pass on the baton of “The Hulk” to his cousin. Since speculations are already running amok here, and given that I have significantly expanded upon the persona of the green lady here, might we talk a little bit of her life outside of superheroism that I also feel will have a big role to play in her solo show?

Jennifer Walters is known to develop into a self-sufficient and confident being in her later years after acquiring her powers, despite debuting in close association with her already vastly popular cousin in 1980. She carries the “hulk” persona permanently and is also known to have assisted the Avengers in getting them out of legal pickles in the comics, along with Matt Murdock. However, her principal difference as a character was her fourth wall breaking characteristic leading to her solo comics often taking a humorous turn, which is obviously something the show could borrow from, given Deadpool’s success, even though she did it first. (You heard that right DP fans!)

Apart from the large and comprehensive slate of films and shows that Marvel has already announced, booking its stable for until as late as 2023, there is a faint speculation that Marvel and Disney have been discussing the possibility of an all-female Avengers film headed by Captain Marvel, which is the reason She-Hulk has been brought to her live action adaptation in this phase. A brief glimpse of its girl team was seen in this year’s ‘Avengers: Endgame’ too, but this is mere speculation at this point of time, even if I could see the MCU taking this route few years down the line. Only time can tell. To add to that, all of this aside, the MCU has been known to tweak about some characters’ origin stories to suit the flow of their cinematic universe better, and we most definitely can see something of a similar nature happening here. The show though has only been announced yet and we still will have to wait some more months to actually get a teaser or a grasp on what the plot would precisely be about.

She-Hulk Cast: Who Is In It?

No cast members have been signed on yet, but it would be intelligible to assume that Mark Ruffalo might appear in the series as Dr. Bruce Banner/The Hulk in the capacities discussed above. I am also not ruling out seeing William Hurt as General Thaddeus Ross in the series in a supporting capacity.

She-Hulk Crew: Who Is Behind It?

As far as the behind-the-scenes of the show, and in particular the characters are concerned, there is a very interesting dynamic at play here. If you thought Marvel’s Disney-Sony fiasco was weird, I will have you know that Marvel doesn’t own solo character rights to the Hulk either, sharing those with universal studios, in essence rendering them unable to develop a solo trilogy of films with the Hulk and not adapting any of the most famous Hulk comic book storylines directly on to the screen. The same deal also encompasses Red-Hulk, or General Ross who has already made his MCU appearance in ‘Civil War’ and ‘Infinity War’. However, She-Hulk is free from the bounds of the deal and can thereby appear as a solo entity in films, shows and the like backed by the MCU. That should be just enough fodder for you to see the direction the wind is currently blowing in at the Marvel Studios HQ.

Coming back to the TV series, all we currently know is that Kevin Feige will be actively involved in the development of the series, as he has been with other Marvel properties. Apart from that, considering that the show has only been announced, it is virtually unknown to ascertain who is going to be a part of the show’s crew, which is also something I believe is not going to be a priority over at Marvel Studios, given ‘She-Hulk’ is supposed to close out the fourth phase, and that doesn’t happen in at least four years from now.

She-Hulk Release Date: When Will It Premiere? 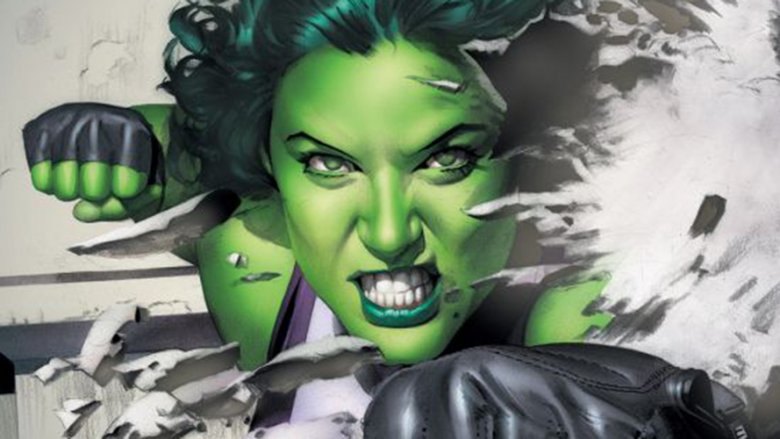 The movies in Phase IV still have release dates, occupying the slots reserved for them, until they were confirmed at the SDCC. ‘She-Hulk’ is still far from that, since it was only announced that the show is under development at the studios. Considering that, and the fact that it will be closing out Phase IV, your guess is as good as mine when I say that 2023 seems doable for the series. The show will available for streaming exclusively on Disney+.