Is She-Ra And The Princesses of Power Cancelled? 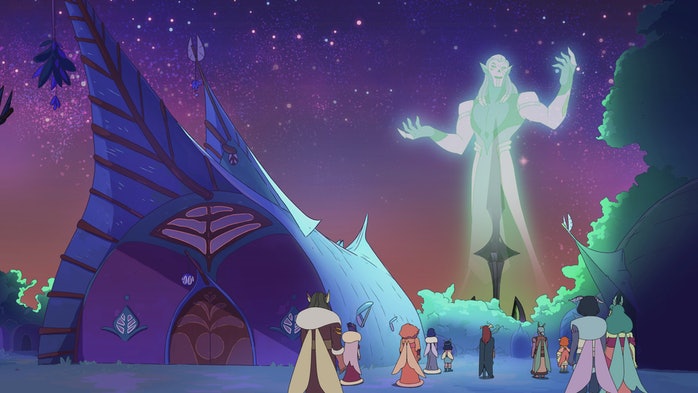 ‘She-Ra and the Princesses of Power’ is a critically acclaimed animated series that is available on Netflix. And the best part of this DreamWorks production is its writing, no doubt. Across its past five seasons, we have seen its characters evolve. They have grown to understand their powers while learning to appreciate the strength of their peers. Coupled with a layered script and multidimensional characters, the action-adventure fantasy drama is a visual treat. Well, that being said, it’s now time to discuss the future of the show. Will there be a ‘She-Ra and the Princesses of Power’ season 6? Let’s find out.

She-Ra And The Princesses of Power Season 6 Release Date: Renewed or Cancelled?

When season 5 dropped on the streamer, it opened to rave reviews, with critics saying that the story manages to surpass all expectations. The episodes flow at a cohesive pace and bring in a seamless mix of humor, adventure, and most importantly, identity explorations and character developments. Each main cast member is given their due focus. We have a befitting end to Adora and Catra’s dynamics and also to Horde Prime’s arc. Even Scorpia, Netossa, and Spinerella get the much-required time to shine in the spotlight.

The finale ends on a high note and if you have watched it, the show seems to have bid its final farewell. So this brings us to the question: has ‘She-Ra’ ended. Sadly yes! And this was long-decided. Creator Noelle Stevenson had already revealed earlier that season 5 would give closure to the show. During an interview with EW, she had stated that the creators always knew the story would span 52 episodes. Hence, they had planned the plotlines accordingly. And this is also the reason why Netflix dropped five seasons so quickly since the series’ original launch in 2018.

Stevenson explained: “It has been such an incredible journey so far just getting to share these seasons that are already out and seeing the reactions. I do feel very lucky because we knew from the very beginning what our episode order was, so we got to tailor the story very specifically to how long the show was gonna be. It was tailored to be 52 episodes, the length that it is, and that’s a real blessing for a storyteller because it means everything happens when it’s meant to happen.”

So, here you go! ‘She-Ra and the Princesses of Power’ season 6 officially stands cancelled. After all, all good things must come to an end. But we really hope this is not the end of the show’s fantastic characters. We might get a spin-off or a special in the near future. But until then, we need to say goodbye to one of Netflix’s legendary creations!