Are Sheridan and Julia from Bachelor: Listen To Your Heart Still Together? 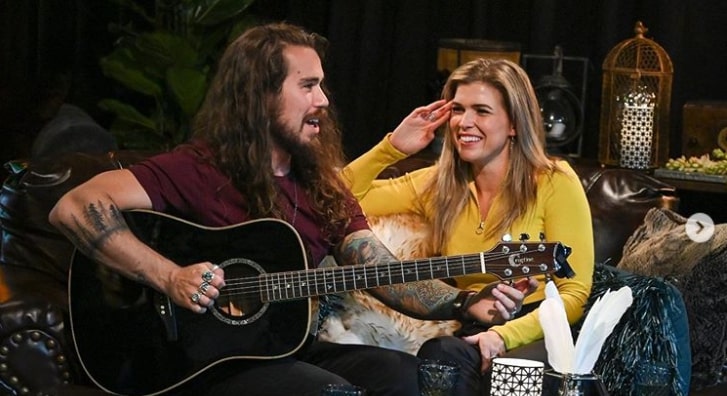 ABC’s ‘Bachelor: Listen To Your Heart’ has seen quite a few strong couples emerge in the last week. But, nothing is ever permanent in the mansion. Relationships and connections shift constantly, and the showmakers don’t fail to surprise us with all the twists and turns they throw our way. Julia and Sheridan sparked hope in all of us, but their budding romance seems to be bumping into quite a lot of obstacles. And most of them can be attributed to Julia’s fickle-mindedness.

Sheridan and Julia: Bachelor: Listen To Your Heart Journey

Sheridan and Julia formed a connection in the very first week. The gorgeous blonde had caught the eye of many men. She had first found herself in a love triangle with Sheridan and Josh. Torn over two very different guys, she pursued a connection with both of them. Not to mention, she managed to kiss quite a few men in the mansion. Nevertheless, Sheridan’s grand romantic gestures beat Josh’s, and he was sent home without a rose.

Sheridan had written a beautiful song for Julia and sang it for her. Reduced to tears, she sealed the deal with a kiss. It looked like a romance that could go all the way and even end up in the finale, but now things don’t seem to be heading in that direction. Julia has very conveniently put herself in yet another love triangle.

While Sheridan has been wooing her, she has been drooling over Brandon. Sheridan got a date card, and he took Julia to a local radio station situated in Los Angeles. They spoke about their feelings on a morning show and even got the chance to perform together on ‘The Bones’ by Maren Moriss. But that didn’t seem to matter as Julia was visibly upset about Brandon’s interest in Savannah. She revealed her true feelings to Sheridan, and he was evidently upset.

An unforgettable day with Valentine in the Morning! 🤩 #ListenToYourHeart

Making connections, one note at a time 🎶 #ListenToYourHeart

Even though Brandon gave his rose to Savannah, and Sheridan gave his rose to Julia, the equation between the four of them is getting confusing. Brandon later told Julia that they can still explore their connection as he is keeping his options open. It seems like no one can make up their mind in this season!

Are Sheridan and Julia Still Together?

According to their respective social media accounts, it doesn’t seem like the duo is together. It doesn’t come as a surprise as Julia’s toxic behavior might have sabotaged her ship with Sheridan. Even though the hippie cowboy musician is sweet, humble, and patient, hoping that Julia would choose to be with him, their relationship is not coming across as a healthy one.

Julia recently posted a picture of herself in the middle of a duet, but it seemed to have been cropped off. That may be another hint towards her separation from Sheridan. The coming weeks will give better clarity about Julia and Sheridan’s relationship and whether they’ll be able to make it till the end or not.

Read More: Are Bri and Chris Still Together?