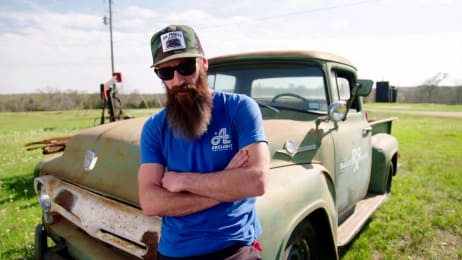 ‘Shifting Gears With Aaron Kaufman’ is a reality series that first premiered on March 5, 2018, on Discovery Channel. The show is directed by William Martens and features Aaron Kaufman’s car designing abilities. The show is quite unpredictable as Aaron himself does not know if his designs will work correctly or not.

His experience and skills are revealed every time alongside his astonishing designs. The audience likes to see the endurance and final performance of the vehicles, especially in harsh situations. The vehicle is generally customized to improve its performance and add a personal style statement to it.

Mostly, the owners like to replace the engines, transmission, stereo, tires, and upgrade them to something better and personal. People customize their vehicles to make them look different from the regular ones displayed in the showroom. All of this can only be done by someone who’s really passionate about cars. Hence, Aaron Kaufman, and his dedication towards automobile designing, really brings a different level of enthusiasm in the show.

The show has already enjoyed a good run for two seasons, and fans must be wondering whether ‘Shifting Gears With Aaron Kaufman’ Season 3 is in the works. We are here to delve into that, right after we share the show’s details.

Who is Aaron Kaufman?

Aaron Kaufman is a popular TV personality and the owner of Arclight Fabrication, a Dallas enterprise that specializes in delivering components of Ford F-100. He was the lead mechanic of Gas Monkey Garage and the face of the show, ‘Aaron Needs A Show’. In the show, Aaron visits different parts of the United States and meets people, who he thinks have interesting and challenging jobs.

Aaron also competed in the Speed Energy Formula Off-Road series and bagged the fifth position in the heat races and eighth and tenth spot in the feature races.

Shifting Gears With Aaron Kaufman Plot: What is it about?

The series generally features one or two projects of Aaron over the season. The season premieres with Aaron deciding to convert a 1971 International Harvester Scout into an Ultra 4 race car. For those of you who do not know, International Scout is a simple jeep-like off-road car whereas an Ultra 4 race car looks somewhat like a little monster, with the body resembling that of a mini jeep attached to gigantic tires.

Aaron and his team are getting the car ready for the legendary King of Hammers. Needles to say, the designing, customization, and transformation are full of troubles. The Ultra 4 is put to the ultimate test of desert and rock racing and in the later episodes, Aaron and his team try to build a semi-truck. Aaron drives the truck at Pikes Peak International Raceway and faces some of the most difficult challenges as the truck falls apart.

The last season begins with Aaron and his team starting their preparation for the Olympus Rally. They race their Subaru Impreza but still have to figure out everything about the Olympus Race in Washington. Their lack of knowledge, in the following episodes, causes them a lot of difficulties as they struggle hard to remain in the game and ace tough competitions. The later episodes follow Aaron competing in The Race of Gentlemen, a classic beach race, with his Harley WLA and Model A Dragster. The audience witnesses a serious injury by the end of the last season.

Shifting Gears With Aaron Kaufman Season 3 Release Date: When will it premiere?

‘Shifting Gears With Aaron Kaufman’ Season 2 premiered on September 24, 2018, on Discovery Channel. The show was spread across 6 episodes and the final episode was released on March 26, 2019. The seasons generally feature two real-life projects of Aaron Kaufman and hence, the chances of the project being successful, or a complete failure, are extremely unpredictable.

The audience cannot even guess, just like Kaufman himself, if he is going to even win the race he is participating in. Moreover, the chances of injuries and accidents are quite high in such episodes, where the content is completely raw and real.

There is no official announcement about the release of ‘Shifting Gears With Aaron Kaufman’ Season 3 yet. Though as we can see, the show features some important races and projects of Aaron’s life in every season. So, we can expect Season 3 to release when there is another major race for Aaron to compete in.

As things stand now, ‘Shifting Gears With Aaron Kaufman’ Season 3 is expected to release sometime in September 2020. If cars and races give you a major adrenaline rush as well, don’t forget to stream the show right away.

There is no trailer for ‘Shifting Gears With Aaron Kaufman’ Season 3 yet, though you can catch the clip below to get an idea of the series.