Shirley Carter’s Murder: How Did She Die? Who Killed Her? 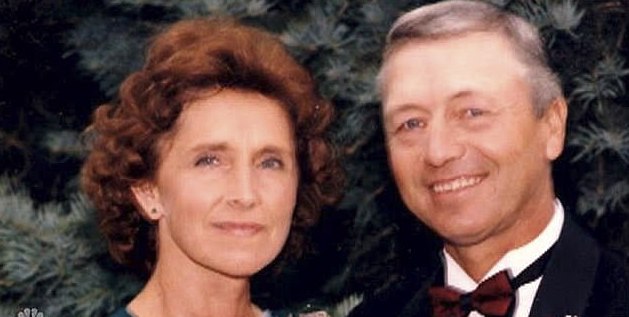 A & E’s ‘Accused: Guilty or Innocent’ brings to the forefront a cold case from Iowa that gained national traction due to the nature of events that unfolded. It was highly sensational for how it tore a family apart to point fingers at each other.  The finale episode in two parts attempts to trace the case from the viewpoint of Jason Carter, who was convicted for the murder of his mother, Shirley Carter. The case is riddled with accusations, backstories, and money.

Shirley Carter’s Death: How Did She Die?

Shirley Carter was born on June 10, 1947, in Des Moines, Iowa. She was the daughter of a shoemaker. She married Bill Carter in 1963. The couple farmed together in Pleasantville areas. The two also had three children, after which Shirley took on the role of a mother, along with helping Bill in his work. Eventually, as her children grew up and got married, she also became a grandmother to her grandkids.

On June 19, 2015, Shirley Carter was found shot to death inside her residence in Lacona, Iowa. She was 68 years old at the time of her death. There were two gunshot wounds in her body. The first shot hit her at the bottom of her heart, while the second gunshot ruptured her heart.

There were several investigators who teamed up to solve the case. Reportedly, they chased several leads to bring the case to justice. During the investigation, it was learned that Bill Carter had dropped off Shirley at their home after getting coffee in the morning. Bill then reportedly went to work to haul corn. This was a job that both him and his son Jason did on a contractual basis. In any case, Jason had gone home as Bill went to work on another load. It was then that he received a call from his daughter stating that his wife was dead. Jason, upon finding his mother’s body, had called to inform his sister before he called 911. In the 911 call, he mentioned a bullet hole in the refrigerator. It was some time before the police officers arrived with the DCI unit.

Bill Carter, upon arriving home, found his wife lying in a pool of blood. He reported that her arms were folded on her chest. Later, he said, “ It looked like she was sleeping. I kissed her.” The house was taped off with limited access to those working the case. Bill later came to know that no money was either stolen or even moved from it was. Thus, even the police officers were now more akin to assume that it could have been someone with a personal vendetta.

Shirley Carter’s Murder: Who Killed Her?

The investigation is where most things broke loose. Till then, the family which did not seemingly have any problems erupted with accusations. Bill Carter was allegedly assured that the perpetrator was close to being arrested at least three times. Overcome with frustration and grief, which led to two suicide attempts on his part; he decided to take matters into his own hand by hiring an attorney and a private investigator. This investigation led to him filing a wrongful death suit against his son, Jason Carter. Though Jason Carter was regarded as a suspect by the police officers, no arrests were made.  SPOILERS AHEAD.

Bill Carter’s investigation found out that Jason had several reasons for getting Shirley Carters killed. It ranged from his financial troubles and an alleged mistress who Shirley Carter knew about. Jason Carter was also the next in line to inherit the farm. All this made Bill Carter resolute in his belief that Jason had killed his mother. Bill Carter also accused the law enforcement of not doing the investigation thoroughly. In any case, the trial for the wrongful death civil lawsuit began in 2017. The Marion County jury favored Bill Carter’s claim and stated that Jason Carter would have to pay $ 10 million.

Just two days after the civil verdict, he was charged and arrested for first-degree murder. In 2019, the case had a criminal trial, in which Jason Carter was proved not guilty of his mother’s murder. Watch Bill Carter’s testimony in the criminal trial below. Unfortunately, for Bill Carter, there’s still no closure.  If Jason didn’t kill his mother, it means the real killer is still out there. (Featured Image Credit: Carter Family/Dateline)