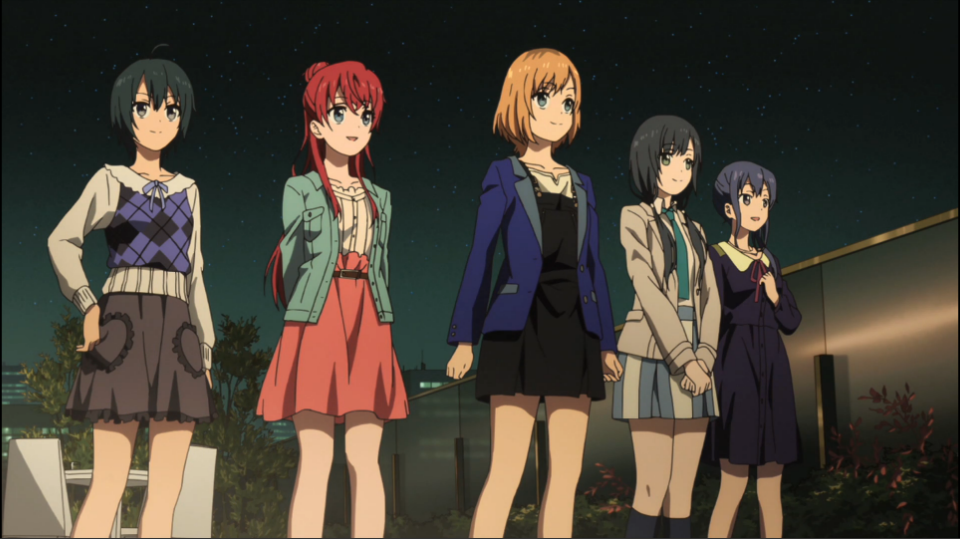 ‘Shirobako’ is an ingenious realistic anime show which is unlike anything you’ve ever seen. Though it does have some flashy and vibrant colors in its palate, the show follows a very simple yet relatable storyline which reflects on the effort that goes into the creation of an anime. Most anime shows just confine themselves to the high school lives of teenagers, but ‘Shirobako’ defies the norm and effortlessly presents a fluid narrative that incorporates an engaging core plot along with many uplifting sub-plots.

Fans of the series have been anticipating a sequel for quite some time now. So, it comes as no surprise that the anime will now be returning with a whole new movie sequel. Here is everything we know about it.

Shirobako Movie Release Date: When will it premiere?

‘Shirobako‘ season 1 released on Oct 9, 2014 and continued till Mar 26, 2015. The anime was a massive hit right after its release and since then, most fans have been waiting for its second season.

The good news is that ‘Shirobako’ will now be returning with a whole new movie sequel that will release on Feb 29, 2020. Director of the original anime, Tsutomu Mizushima (‘Another‘, ‘Crayon Shin Chan‘) will be returning for the film and Michiko Yokote (‘Bleach‘, ‘Blood Plus‘) will be handling the script. Kanami Sekiguchi (‘Angel Beats‘, ‘Charlotte‘) will serve as the chief animation director and Ponkan8 will design characters.

Five best friends—Aoi Miyamori, Ema Yasuhara, Midori Imai, Shizuka Sakaki, and Misa Toudou—create the animation club of their high school because of their love for anime. Together, they create their first anime and even get to showcase it at the annual cultural festival. Soon after this, they graduate from high school and step into the real world to pursue a career in the anime industry. After promising each other that they’ll never give up on their dreams, all five of them set out to make some something out of their lives in their respective fields of expertise.

Almost two years after this, Aoi and Ema are able to somehow make some noise in the world of anime and land jobs at the renowned Musashino Animation production company. Meanwhile, the other girls have a hard time sticking on to their dreams as they struggle to land a decent job in the competitive industry. However, as brutal as the path of success might seem, all five girls eventually learn the value of not giving up on their dreams and persevering to achieve their goals.

Midori Imai is the youngest of the five talented girls, who start the animation club. After graduating from school, unlike the other girls who try to pursue a career in the anime industry, she joins college but still dreams of being a great scriptwriter someday. Midori is always kind to her friends and more often than not, she even goes out of her way to help them out. She does everything with the utmost dedication and makes sure that she never gives up on her dreams.

Aoi Miyamori, unlike all the other girls from her group, is able to achieve some early success in the anime industry. She becomes a first-year production assistant at the Musashino Animation and works really hard at her job. With a very optimistic outlook towards her future, no matter how tough her life becomes at times, she keeps moving forward and makes progress with her career. In no time, even the ones around her start noticing her dedication towards her work and appreciate her for being such a great employee.

Shizuka manages to pick up a job at Aka Oni Production as a newbie artist and she aspires to be a well-known voice artist someday. Earlier in the series, she goes through several auditions but is not really able to nail any of them. But despite her failures, she suppresses her emotions and tries to stay positive about her future.

Misa is a vibrant girl who is more into the visual effects of anime. Even while working with her friends during school, she is the one who handles all the CGI and special effects of the anime that they create. Much later, there are times when Misa starts doubting herself and even gives up. But somehow, she always finds her way back and her love for anime keeps her going.

Ema, being one of the creative members of the animation club, later moves to Tokyo and becomes a key animator at Musashino Animation. Despite being low on self-confidence, she is truly able to excel at what she’s good at it.