Where Is Shoshanna Lonstein Now? 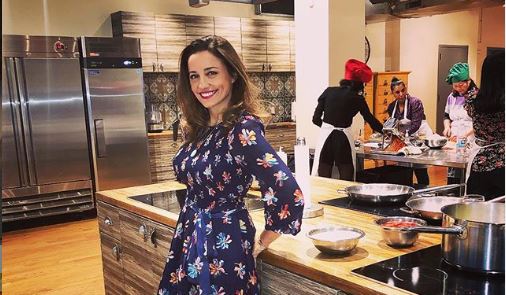 Shoshanna Lonstein Gruss, born May 29, 1975, in New York, is an American fashion designer and the founder and creative director of her own fashion label SHOSHANNA, which she launched in 1998. Although she is a successful entrepreneur, she came into the public eye when she was just 17 years old and had started dating Jerry Seinfeld, who was 38 at the time. Wondering who she is and where she is now? Keep on scrolling!

Born and raised in Manhattan, New York, Shoshanna came from a well off family and attended Nightingale-Bamford School for girls in New York City’s Upper East Side until she graduated in 1993. It was that very same year, while she was still 17, and a senior that she met the 38-year-old Jerry Seinfeld, who was at the peak of his career, in Central Park. She gave him her phone number, and shortly after that, their relationship began.

Happiest Birthday to my baby bro…I’m so lucky to have family like you, sorry I failed to show that appreciation the first few years of our relationship, maybe had you not been so darn cute or beat me at every board game, or received starring roles in Soap-opera’s…😜 Now that I think of it, reminds me of another brother-sister duo I happen to be very close to🤔 Love you crazy much and still the funniest person I know😘

Shoshanna went to college at George Washington University in Washington, D.C., but, in 1994, after just a year in Washington, she transferred to the University of California, Los Angeles, to be closer to Jerry. The two dated for four years and broke up in 1997 after Shoshanna graduated from UCLA with a bachelor’s degree in history and art history. After their break-up was made public, she stated that the reason for it was the constant pressure of being in the public eye and her missing her home town.

In the years after the split up, Shoshanna made a name for herself on her own by launching a clothing company that catered to not only skinny women but to women of all shapes and sizes, something very groundbreaking at the time. She did this by sticking to her gut and using her own fashion ideas and creativity, along with taking financial help from her father, Zach Lonstein.

Probably the only photo of the four of us I will get anytime soon without heavy bribery, threats I will not follow through on and tears, so I’m just going to embrace it and post! 😂🥰 wishing you all a Happy New Year filled with peace, health,love and joy!! From my sweet peeps to you and yours!!! 2020 here we come!!! 💕 🇲🇽 ✨

On May 10, 2003, Shoshanna married Joshua Gruss, partner at Gruss & Co. and the CEO of Round Hill Music. Together they had three children, a daughter Sienna, born in 2005 and twins, Angelica and Joseph Colby, born in 2012. Unfortunately, the couple got divorced just two years after that, in 2014.

Where Is Shoshanna Lonstein Now?

Shoshanna Lonstein is currently living on the Upper East Side of Manhattan, New York, with her three children and still working as the founder and creative director of SHOSHANNA. Her daughter Sienna actually models for her mother’s brand sometimes. In 2013, Elizabeth Arden, Inc., a major beauty brand in America, named Shoshanna as its first-ever Style Director.

Just jumped in front of the camera at our Spring 2020 LOOKBOOK shoot to show off my favorite Fall 2019, our Arlene dress available now on SHOSHANNA.COM…also available on @shopbop & @bloomingdales .com 💁🏻‍♀️ #shoshanna

Following the success of her brand, Shoshanna has appeared on various TV shows and interviews, including an episode of ‘America’s Next Top Model’ in 2008. Celebrities like Kelly Ripa, Mindy Kaling, and Meredith Salenger have all been seen wearing items from SHOSHANNA’s collection on a few occasions.

Literally just watching and obsessing over the new @netflix show @neverhaveiever and then to see the amazing creator of it, the stunning and oh-so-talented @mindykaling in our Sapphira dress💙 just made my day!! We have this dress on our website now (it’s on sale too!) You can find this gorgeous dress on @neimanmarcus too! #shoshanna #mindykaling #serenaandlily

Recently, her brand even started offering sustainable swimsuits made from regenerated nylon and creating face masks with the excess fabrics that they had. The company donated a lot of these face masks to a local hospital as a thank you to the essential workers during this pandemic. So, since her Instagram profile is full of selections from her clothing line, updates with what she is up to, and family pictures, make sure that you check it out.

We are so happy to announce that we were able to produce these @shopshoshanna face masks and partner with the Mask Match program to donate our masks to healthcare workers at @mountsinainyc Mt.Sinai Hospital in NYC❤️❤️❤️❤️Every purchase from the Shoshanna.com will come with a complimentary face mask while our supplies last❤️😷❤️. #shoshannalovesnyc #shoshanna #shopsmallbusinessuk