’30 For 30′ is a unique documentary series by ESPN covering various aspects of sports. The series began airing in 2009 in order to commemorate the 30th anniversary of ESPN. Each season has a total of 30 documentaries, and all of them deal with American sports. The documentaries are eye-opening accounts into the lives and careers of some of America’s most famous sporting icons like Muhammad Ali and Michael Jordan. If you enjoy watching such docu-series, then you have come to the right place. Here’s the list of best shows similar to ’30 for 30′ that are our recommendations. You can watch several of these series like ’30 for 30′ on Netflix, Hulu or Amazon Prime. 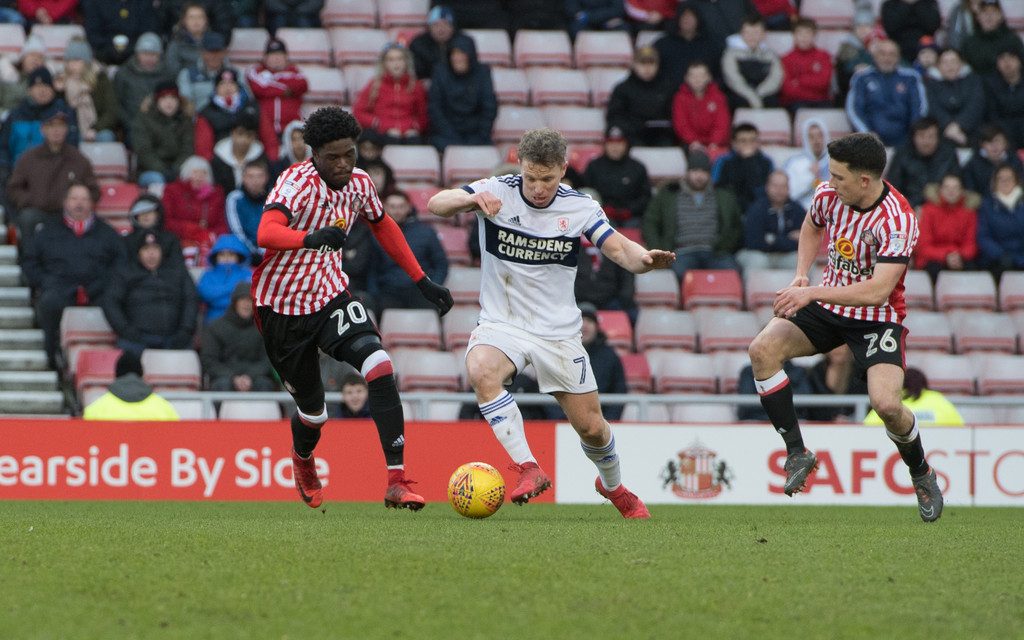 A soccer team’s identity completely depends on its fans. This is probably the core message this Netflix original documentary series tries to put forward. The series is set during the time when the club gets relegated from the English Premier League and plays their first season in the Championship, or the second division of England’s domestic soccer’s structure. The highs and lows of the season and the dedication of fans who continued supporting the club becomes the central theme of the series. We follow the team as they start their journey in the second division, and even after a positive start, succumb under the pressure because their squad lacks the required depth. The series received huge critical acclaim, with reviews saying that it perfectly manages to capture the relationship the club shares with its supporters. 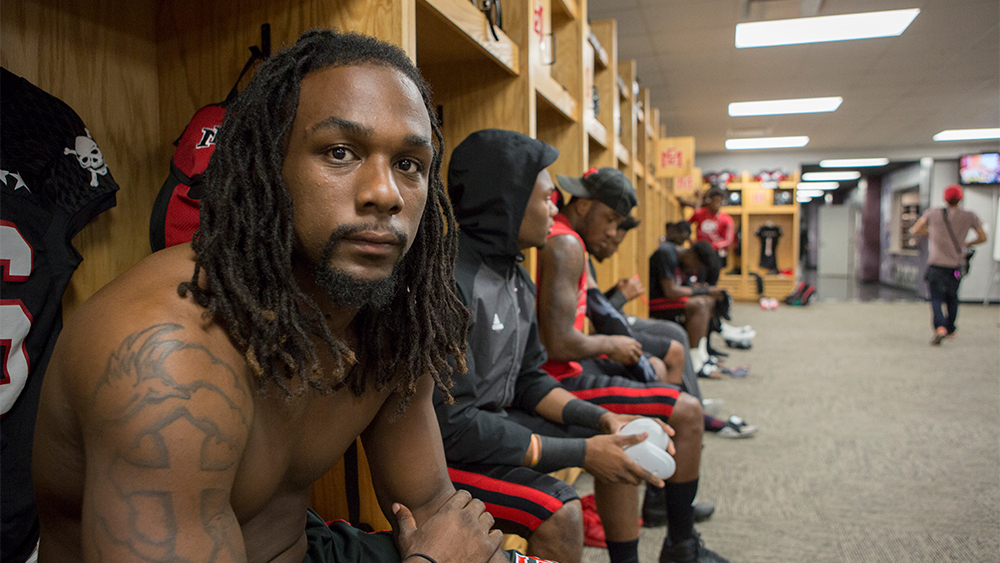 A unique docuseries which gives us a peek into the world called college football, ‘Last Chance U’ focuses on the East Mississippi Community College team and their coach Buddy Stephens. Many of the players of this team were not able to boost their careers because of the violation of rules and encounters with the law. Thus they re trying once again to win a collegiate trophy and add some excitement in their lives. We also focus on how these players are not only concentrating on the game but also their studies. The college has appointed academic advisor Brittany Wagner to help them in this regard. In the third season, the focus shifts to the Independence Community College in Indiana, but the show continues with a similar structure. 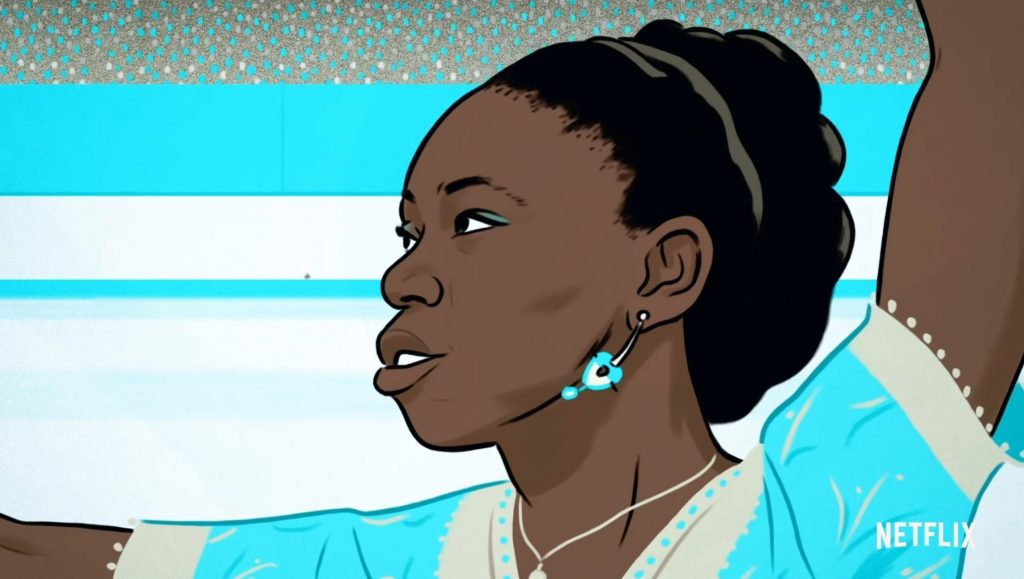 A documentary like no other, ‘Losers‘ documents defeat instead of victory. This Netflix original docuseries chronicles some of the most memorable losses faced by athletes and teams and then goes on to show how that loss had a profound impact on the said person or team’s life. The eight episodes of this series concentrate on sports like golf, soccer, figure skating, curling, and endurance running. The visual style used here must be mentioned because it is unlike the style usually seen in documentaries. The interviews are taken not in a traditional sit-and-talk format, but out in the open- in the gym, on the stage, or on the fairway. Though the main theme of the series is loss, it hardly is the final message. The profound impact the loss has had on the said individual, and how it helped her/him transform for the better is the actual note the director Mickey Duzyj is trying to hit. Critics appreciated the unique concept and execution of the series. 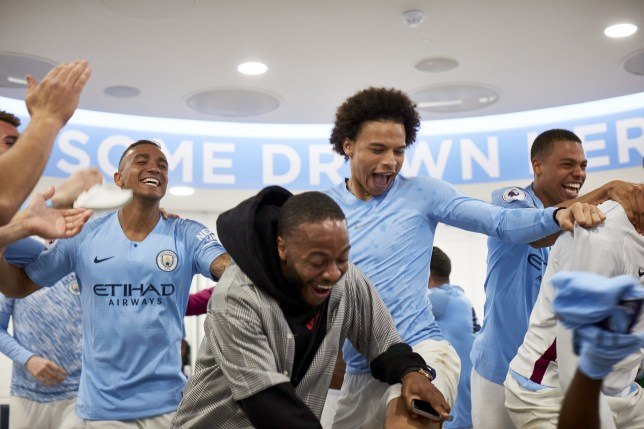 This documentary series about the famous English Premier League club chronicles the inner workings of the club during the 2017-18 season. We see the club manager Pep Guardiola instructing his players before they go out to play a match, dealing with injuries, and the enormous expectations from him. The solid infrastructure of the club is also shown in vivid details and here we see the players training and practicing for their games. What the documentary does is it brings to fans the inner life of one of the biggest sporting establishments on the planet and offers a perspective never seen before in soccer’s glorious history. 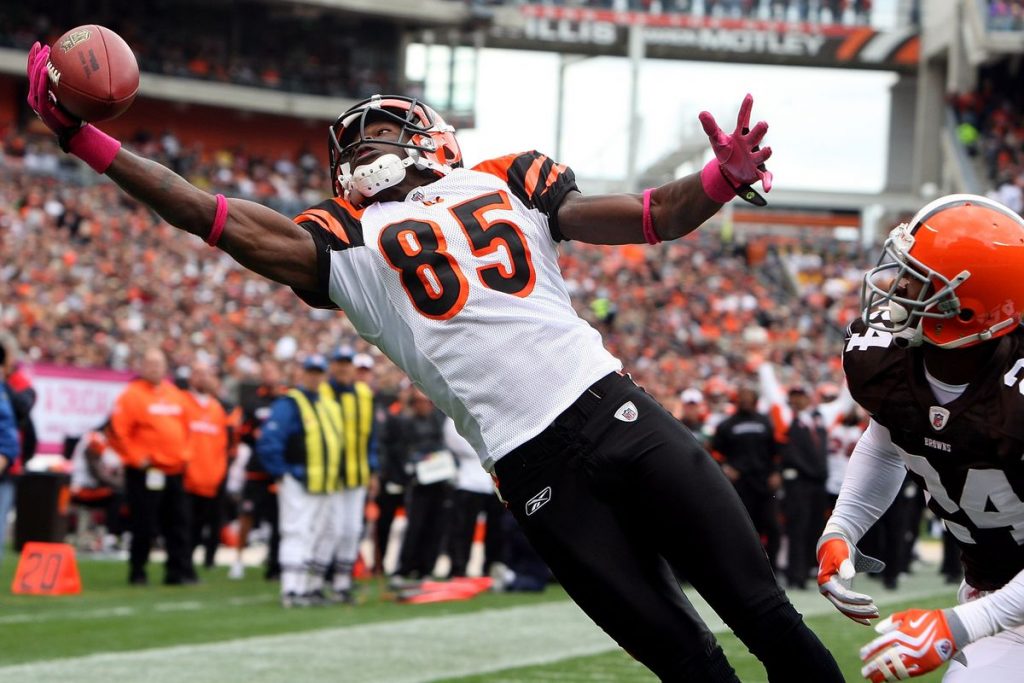 Football is a huge part of the American culture, and its effect and following among Americans has always been increasing, never showing a sign to slow down. Keeping the interest people have in football and its biggest teas and stars, the NFL Films came out with the documentary series ‘A Football Life’. This series brings to us details of the lives of some of the most important names in the world of football. Episodes are dedicated to particular teams, coaches, or players. Extensive interviews of the subject, his family members, and other people associated with his professional life portray a vivid picture in front of the viewers. 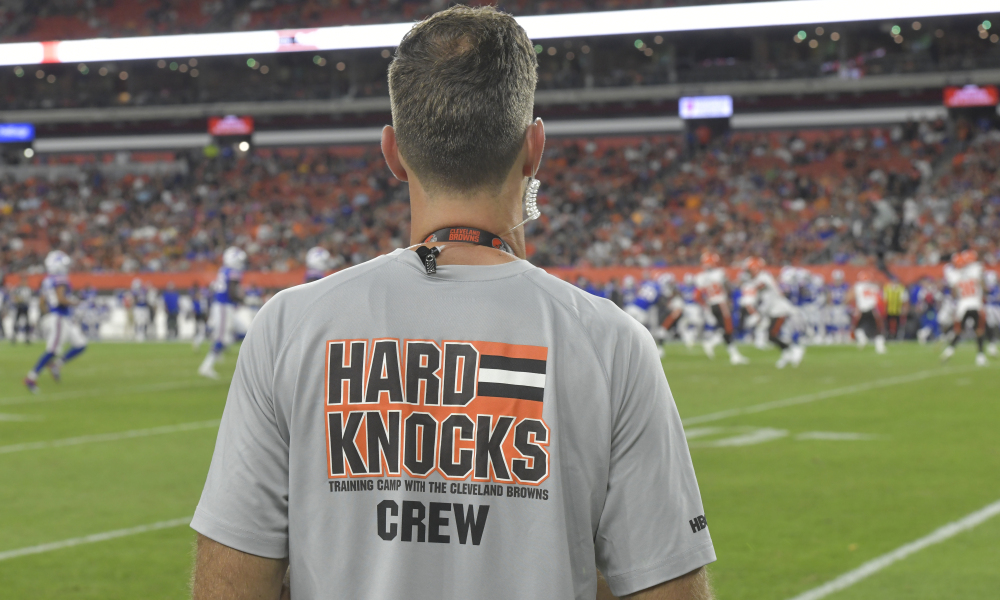 The series ‘Hard Knocks’ is produced by NFL Films and HBO. Here, the journey of one NFL team is chronicled every season until they are ready to start playing in the league. We get a behind-the-scenes picture of how the team gets ready for their training sessions, how they prepare themselves mentally and physically for a long stretch of time which requires intense physical work. We are also made aware of some inside jokes shared by the players. One particular focus of the team is the youngsters and rookies who have recently joined and are trying to adjust themselves to the team’s style of play. Fans of American football should watch this series to get to know about the unseen journey of their favorite teams and players before a season commences. 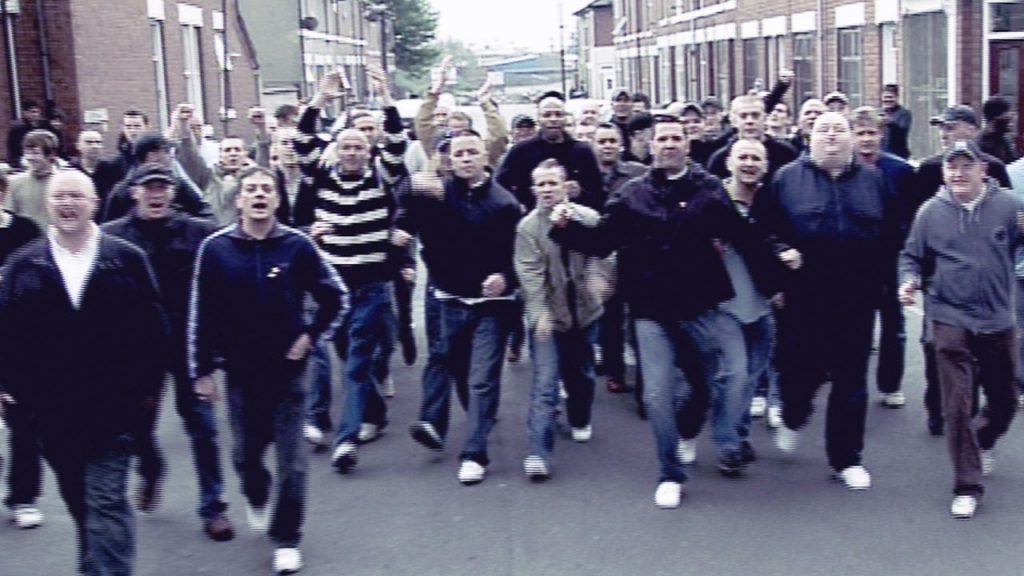 Hooliganism has always been a part of soccer culture, especially in England. Hooliganism among the English youth during soccer matches has been a weapon for them to give vent to their frustrations and unfulfilled desires. This series documents the rise and spread of this culture in various parts of England. The series is divided into six episodes in total- London, North West, Yorkshire, the Midlands, Scotland, and England Away. While the first five episodes deal with how this culture has spread throughout various clubs in English soccer, the last episode talks about how England fans take their hooliganism abroad when the national teams heads out for international competitions. 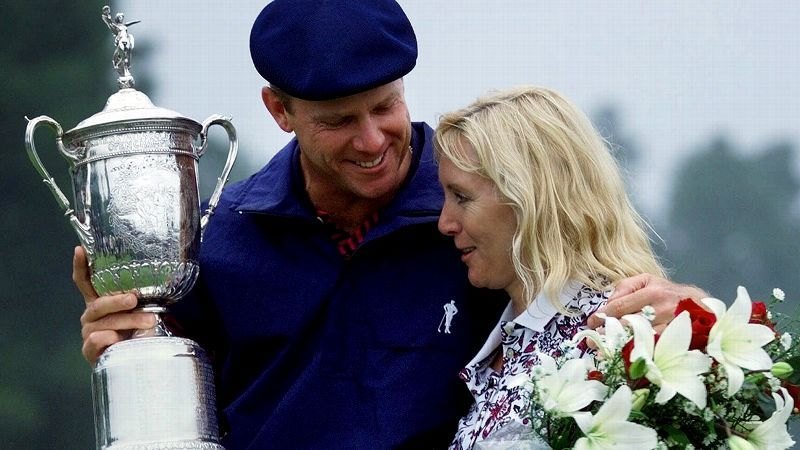 ‘Nine for IX’ focuses on the lives of several important sports personalities outside of their area of expertise. Important events in their lives or how they have affected the lives of others are the subjects of discussion. For instance, we see Venus Williams come out of the court and fighting for equal rights for men and women, and equal pay for the same amount of work done. We also take a look at the life of Audrey Mestre, the freediver who lost her life during a dive. Sheryl Swoopes, the basketball player who became one of the first high-profile sports stars to come out as a homosexual is another such sportsperson covered in the series. 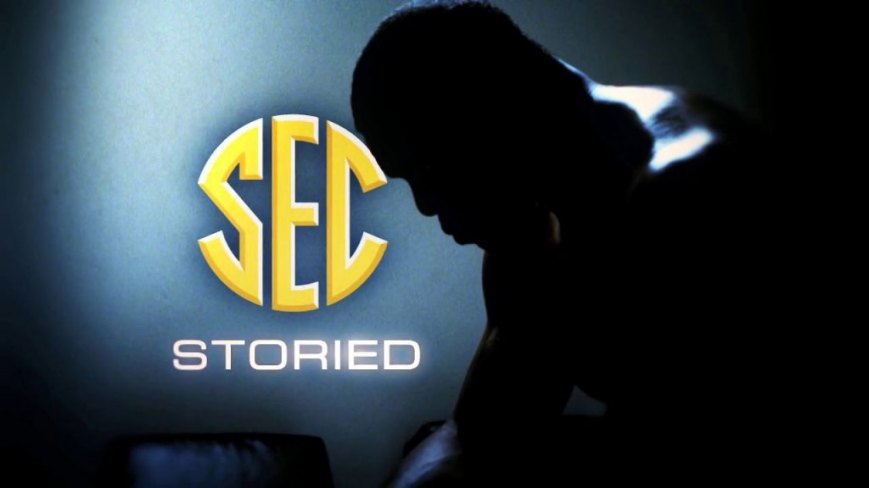 This docu-series focuses on the Southeastern Conference, the sports and athletic college-level conference in America. Here, all the teams, sportspersons, and sporting events documented belong to the SEC. This franchise is a production of the creators of ’30 For 30′. We get to revisit the first-ever SEC Championship Game between Florida and Alabama, which was held in 1992. We also get a look at the life of Sylvester Croom, the first African-American person who got to be the center for the University of Alabama’s football team. The docu-series is full of insightful stories regarding the unsung heroes of American sports.