7 TV shows You Must Watch If You Like Borgen

The show has enjoyed rave reviews and significant popularity throughout its entire run. After Netflix became involved in the production, the series became a milestone for Danish television as a whole. If you have a penchant for politics in your entertainment, we have the perfect list of other shows like ‘Borgen’. You can watch these shows on Netflix, Amazon Prime, and Hulu. 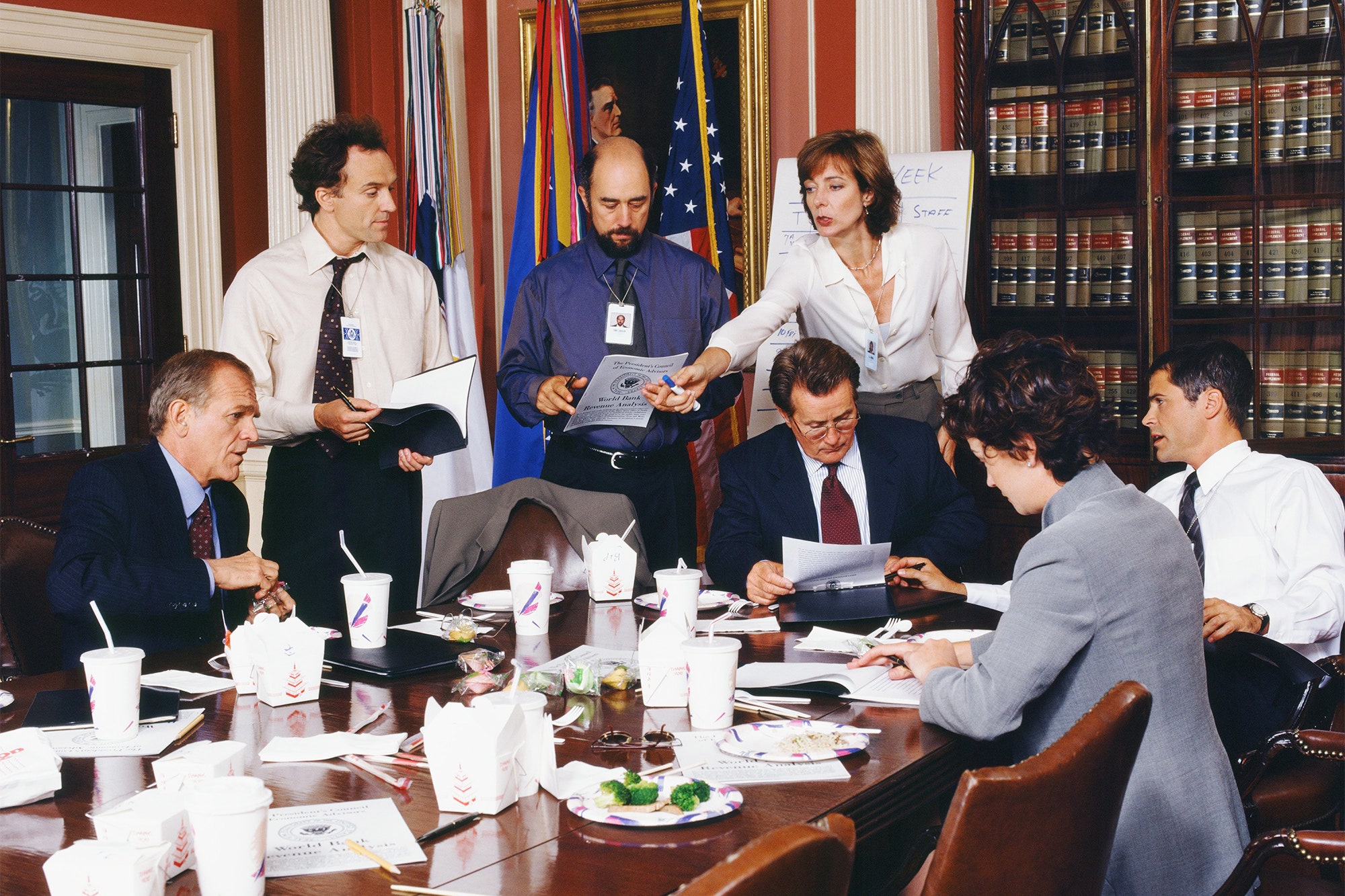 ‘Borgen’ has been touted by critics as the “bleaker, Nordic version of The West Wing”, so the real thing had to be included on this list. That comparison is not necessarily a critique of the US show. NBC’s ‘The West Wing’, after all, is American optimism at its finest. Showrunner Aaron Sorkin, like Quentin Tarantino, has a distinctive writing style that sets him apart from anyone else in the industry. As the title suggests, most of the show takes place in the West Wing of the White House during the Democratic administration of the fictional US President Josiah Bartlet (Martin Sheen). 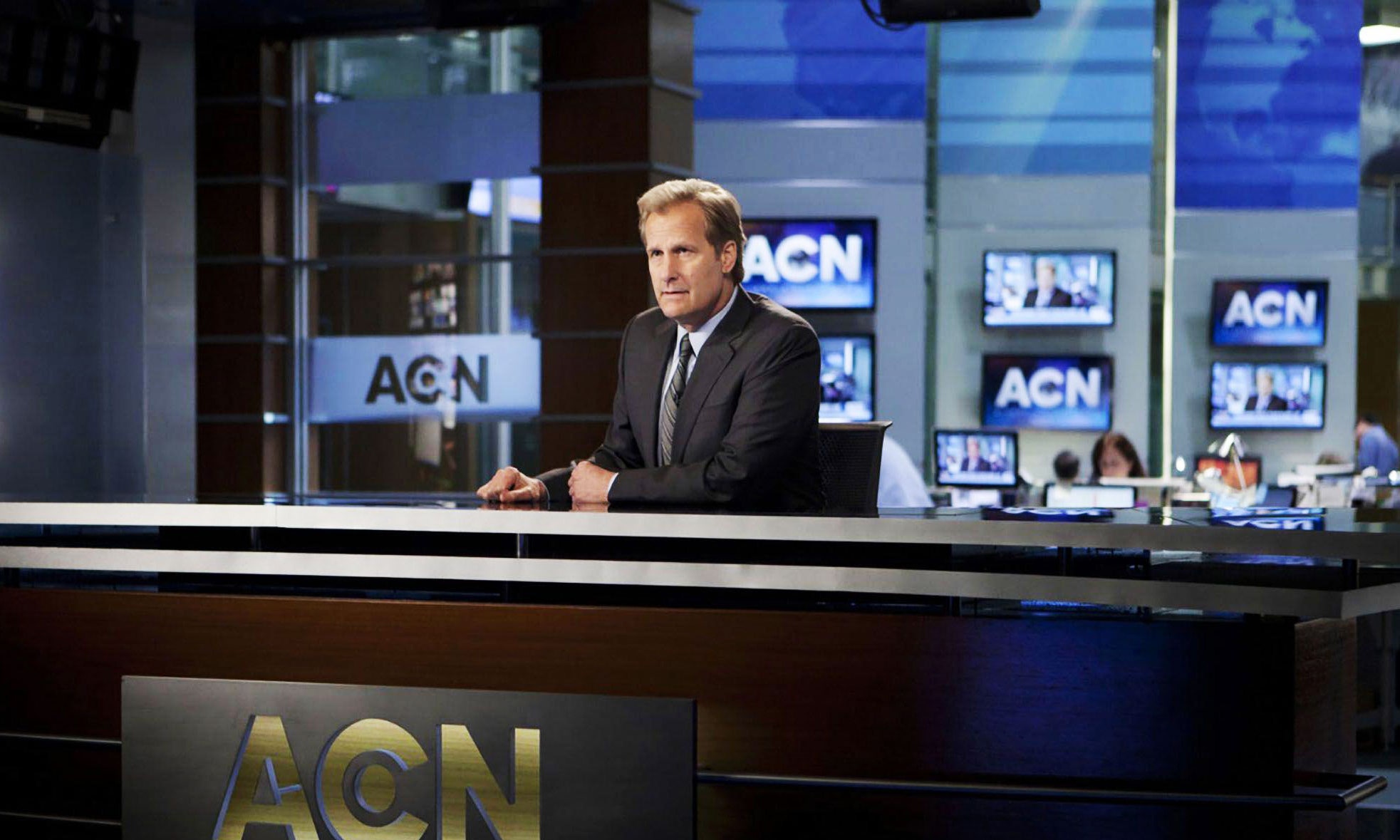 Also created by Sorkin, ‘Newsroom’ depicts the professional and personal lives of the journalists at the fictional Atlantis Cable News (ACN) channel. The series takes various real-life national and international news that broke recently and offers humane and fact-driven reports on them. It severely criticizes the sensationalism in media and its ideological hollowness, while trying to showcase a better alternative. The HBO series stars Jeff Daniels, Emily Mortimer, Sam Waterston, Dev Patel, Olivia Munn, and John Gallagher Jr. 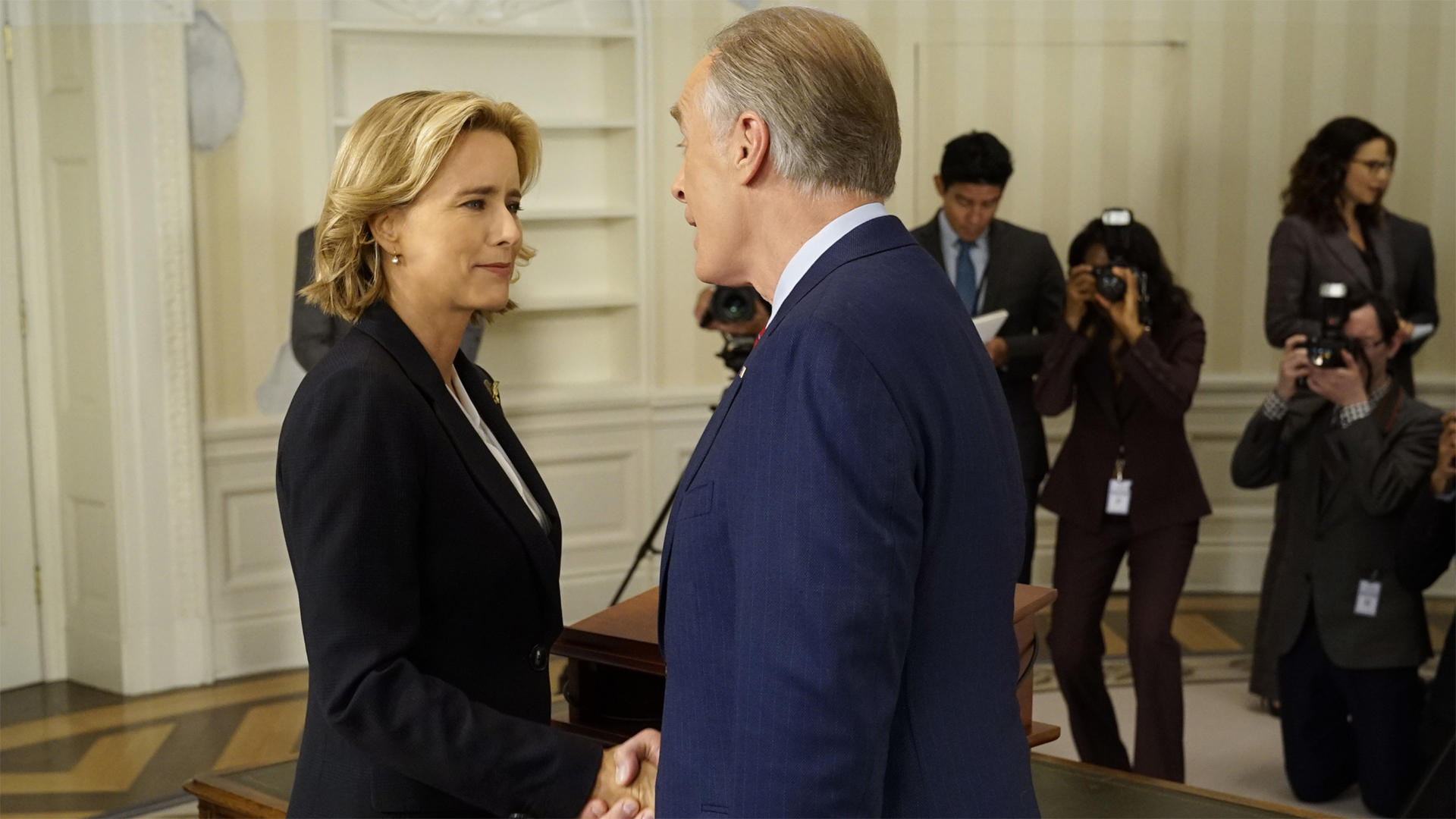 There is plenty of similarities between ‘Borgen’ and CBS’ ‘Madam Secretary’. Starring Téa Leoni as Elizabeth “Bess” Adams McCord, the show starts with Bess accepting the job as the Secretary of State in the administration of her former boss in the CIA. After him, she becomes the President of the United States. 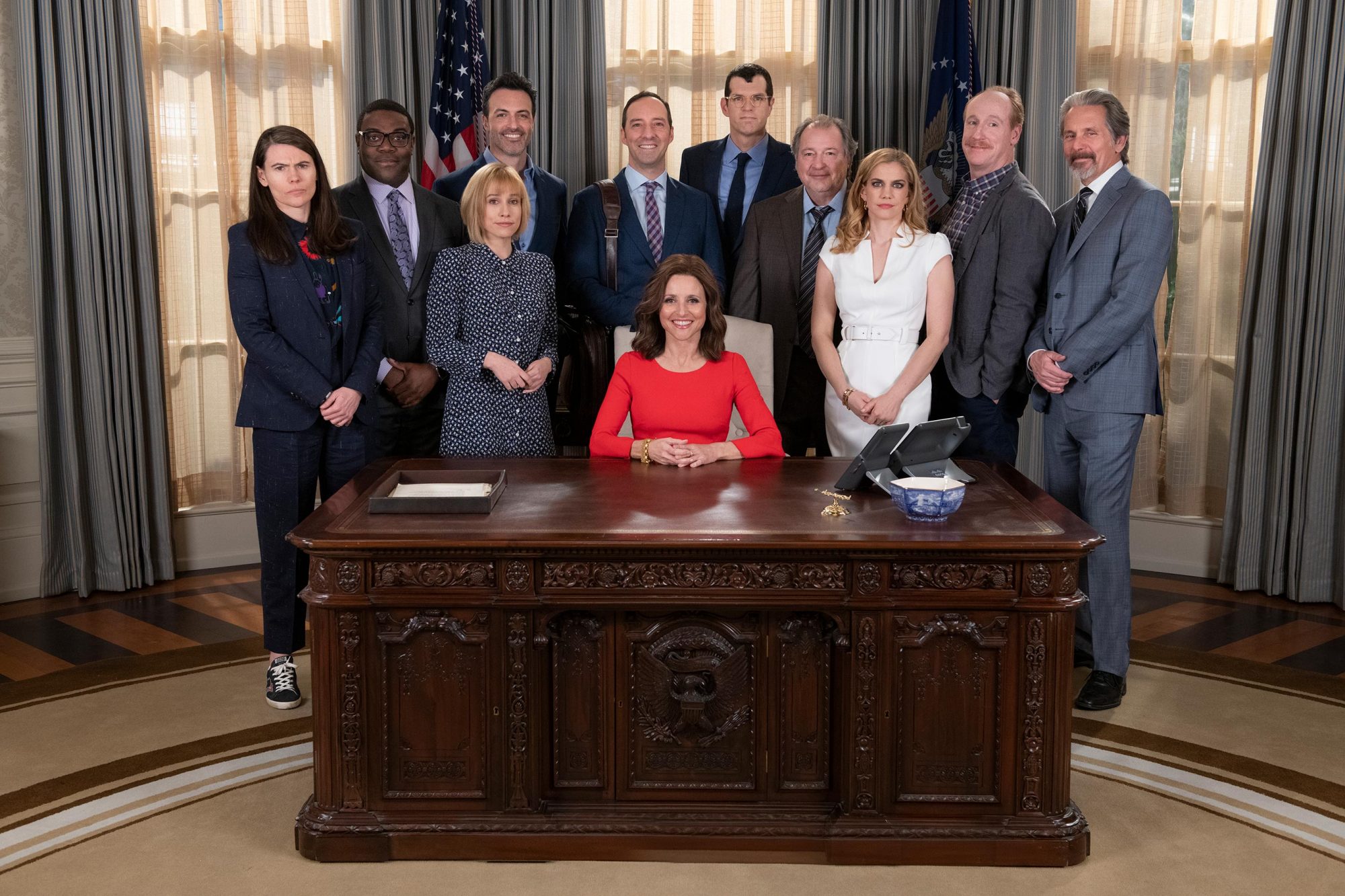 Series creator Armando Iannucci made ‘Veep’ for HBO from his own BBC sitcom ‘The Thick of It’. Julia Louis-Dreyfus stars as the Vice President and later President of the United States Selina Meyer. She and her team genuinely want to create a lasting legacy while they are in the administration, but bouts of hypocrisy and selfishness, petty rivalry, and inability to see the bigger picture always seem to get in the way. 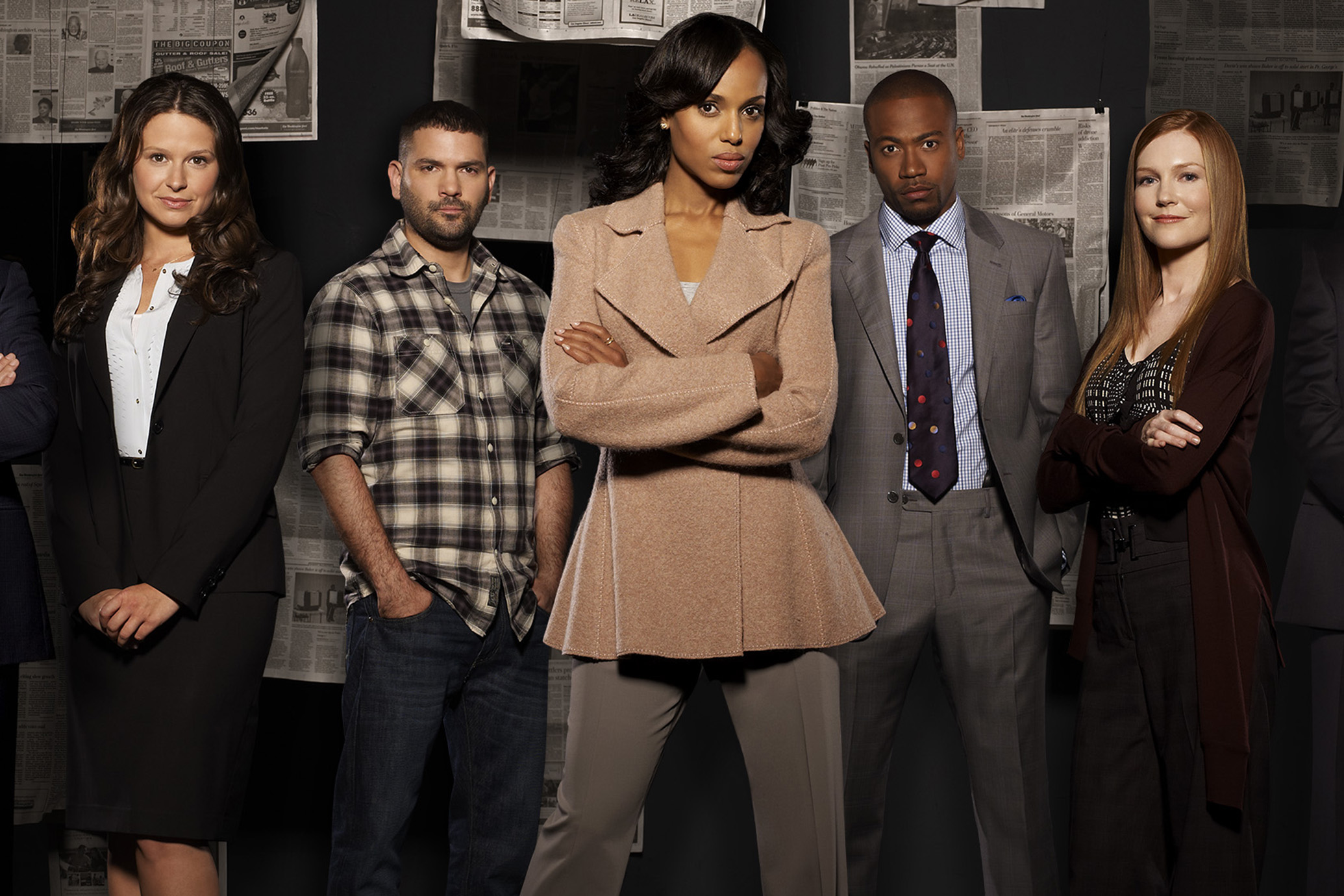 Created by the reigning queen of television, Shonda Rhimes, for ABC, ‘Scandal’ follows Olivia “Liv” Pope (Kerry Washington), a “fixer” in Washington, D.C., and her highly competent team at the crisis management firm Olivia Pope & Associates. Filled with drama, political intrigue, and one shocking revelation after another, ‘Scandal’ is essentially a soap opera written in the pace of a regular TV show. 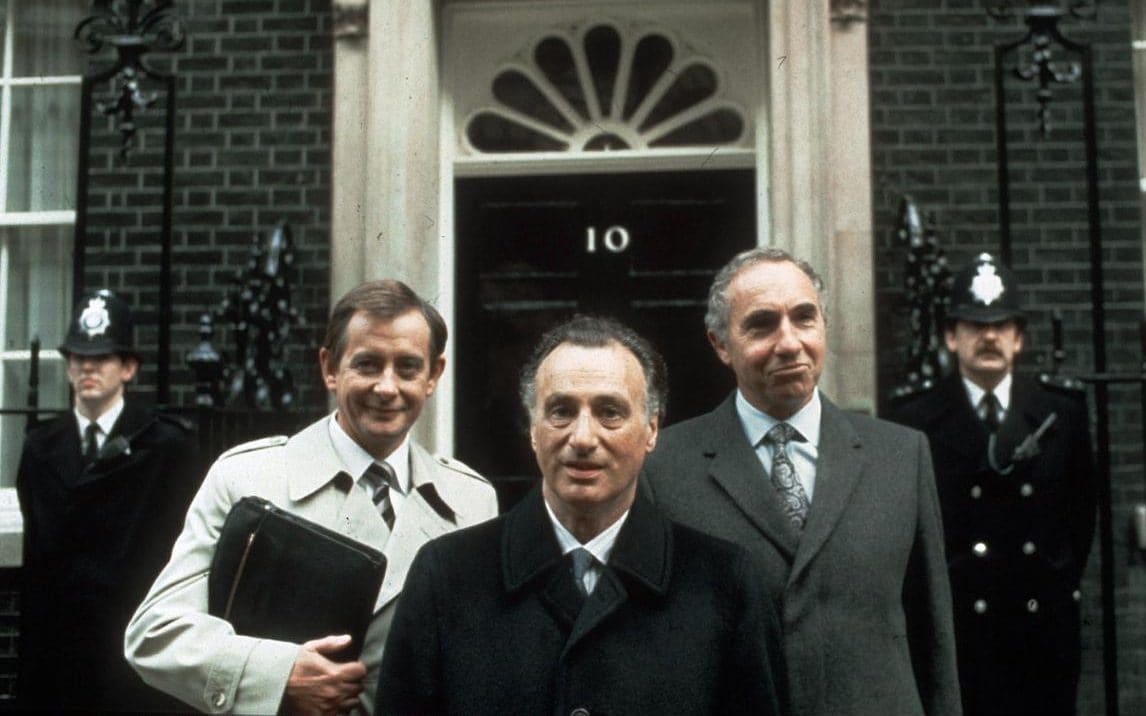 If there is one show that perfectly demonstrates the rot in both bureaucratic and political systems while charming you with typical British humor, it is the classic BBC satirical sitcom ‘Yes Minister’. Both it and the sequel series ‘Yes, Prime Minister’ delve deep into the diplomatic and political maneuvers that take place every day in the corridors of power. Paul Eddington as the hapless minister (later Prime Minister) Jim Hacker and Nigel Hawthorne as the shrewd permanent secretary Sir Humphrey Appleby are exceptional in each episode, and the chemistry between them is so undeniably good that they are regularly included in the lists of best TV duos of all time. 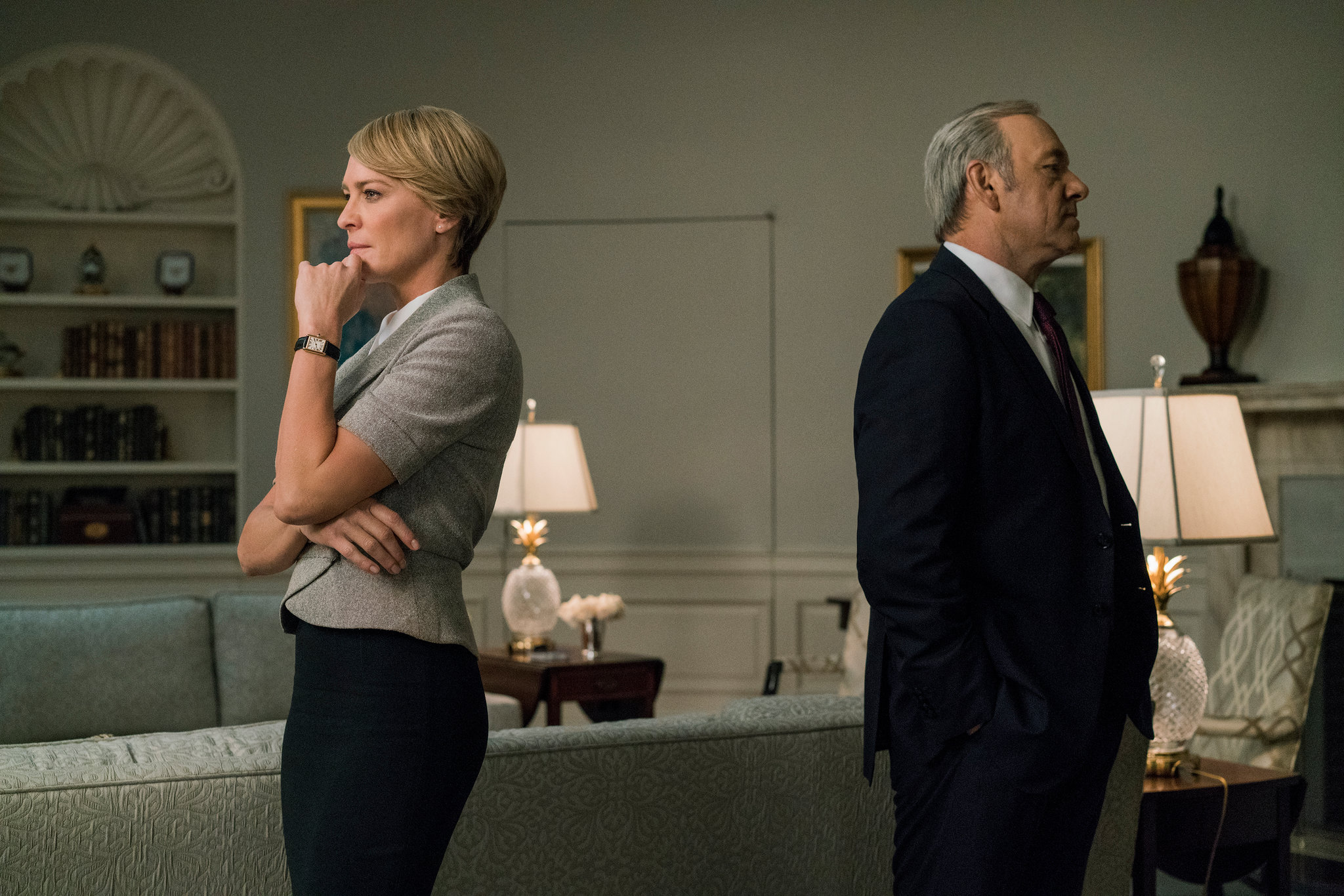 Based on the 1990 BBC namesake series and 1989 namesake novel by Michael Dobbs, Netflix’s ‘House of Cards’ tells the story of powerful and ambitious Democratic politician Frank Underwood (Kevin Spacey) and his gradual ascent to the US presidency. In his wife Claire (Robin Wright), he has the ideal partner, who is equally ruthless and cunning. In season five, she replaces Frank as the acting US President.