10 TV Shows You Must Watch if You Love Chambers 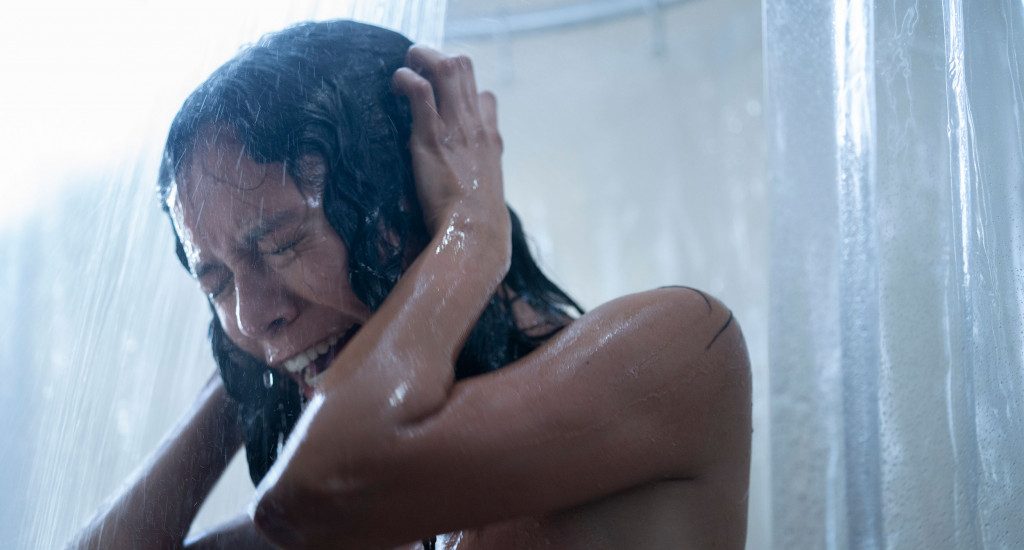 It’s a human instinct to reach out for answers every time something really bothers us and often a lot of filmmakers take this instinct for granted. Netflix’s new horror series ‘Chambers’ is a psychoanalytical mumbo jumbo that has the most unexpected twists and turns in every few minutes. These twists and turns just keep binding themselves on to you and make you wonder what you’re even watching. And by the time you’re done looking for answers to each of the mysteries thrown at you, the show is already over. That’s when the bone-chilling insanity of it hits you. Speaking of insanity, ‘Chambers‘ does go a little overboard when it comes to going cuckoo bananas with all the twists. But don’t we all enjoy scratching our heads while watching something on television just to get the false satisfaction of being smart? Never mind, that was a joke. There’s no doubt though, that ‘Chambers’ is bound to give you many such moments.

The show revolves around the life of a teenage girl named Sasha who nearly gets a heart attack while she tries to lose her virginity to her high school’s track star. What saves her life is a transplant from another teenage girl, Becky Lefevre, who had a very mysterious death and has a past that could be labeled as “extremely troubled” compared to others her age. Soon, Sasha realizes that the heart she has received is not a blessing but a curse. She starts developing some very terrifyingly different personality traits and also discovers that the world around her is not as perfect as it used to be. Just one single event changes everything she ever knew and her life will now never be the same.

Once you get into that flow of watching horror shows like this incredibly entertaining series, it’s not easy to just snap out of it. If you’ve already seen ‘Chambers’, then you’re surely looking for more horror thrillers to keep your spine-chilling fest alive. Here’s the list of best shows similar to ‘Chambers’ that are our recommendations. You can watch several of these series like ‘Chambers’ on Netflix, Hulu or Amazon Prime. 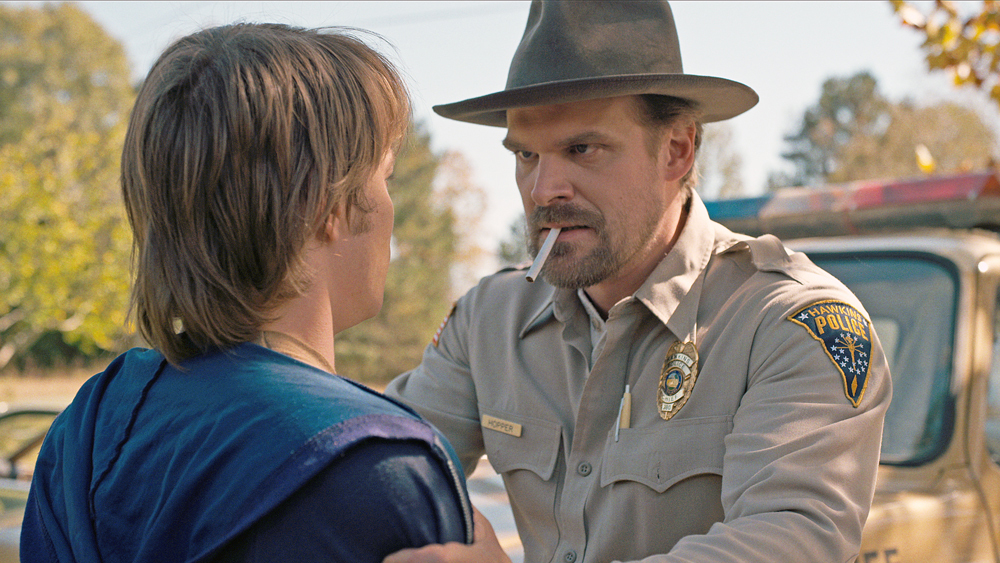 Netflix has had some classic originals but most of them don’t even come close to ‘Stranger Things.’ Most shows either get weighed down by fillers or just stumble down with each episode. But that has not happened to this one yet. ‘Stranger Things’ just nails the horror-thriller genre and like most other similar ones, it does leave some questions unanswered after each episode. But when the credits start to roll, you’re satisfied with most of what you know. It brings a wave of nostalgia as it throws at you some classic 80s and 90s “feels” of movies like ‘The Goonies’, ‘E.T’ and even ‘Super 8’.

The plot of the series is pretty simple. It revolves around the dark mysteries that lurk in a small town after a young boy goes missing. While certain people from the town try to find this boy, others start to experience all kinds of strange things around them. ‘Stranger Things’ is every bit as amazing as everyone keeps saying it is, so watch it today if you haven’t yet. 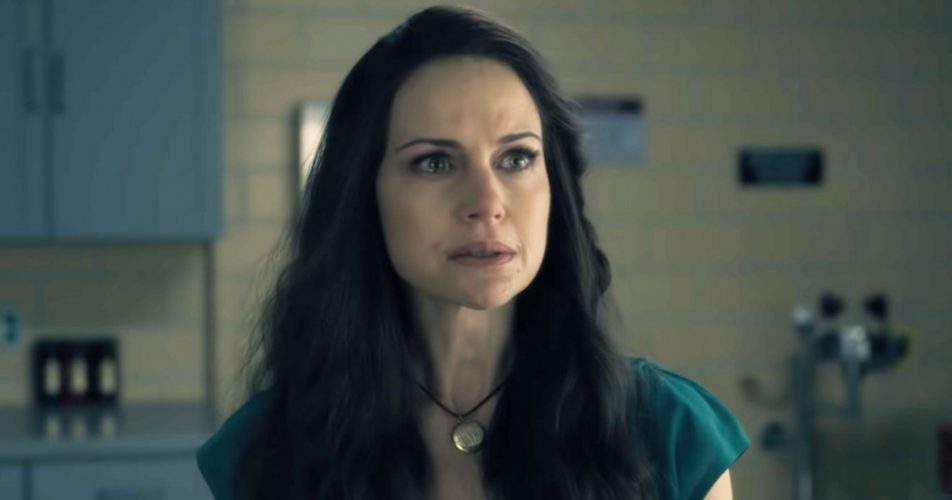 A lot of unforgotten memories of our childhood are engraved deep inside our minds, we just choose to forget them. But the slightest confrontation can bring them back. Now I don’t know if that’s scary or just downright amazing but what it does to the characters of this show is terrifying as hell. The Crain siblings had spent the greater part of their childhood in what is known to be one of the most popular haunted destinations in America. Now, 26 years later, tragedy strikes and they are forced to face the past that still haunts them deep inside. As they find themselves back in their childhood home that rests on a dark hill, they confront the horrors of their childhood. Some of these horrors are mere memories while the others are the evil spirits that still lurk in the shadows of their mansion. 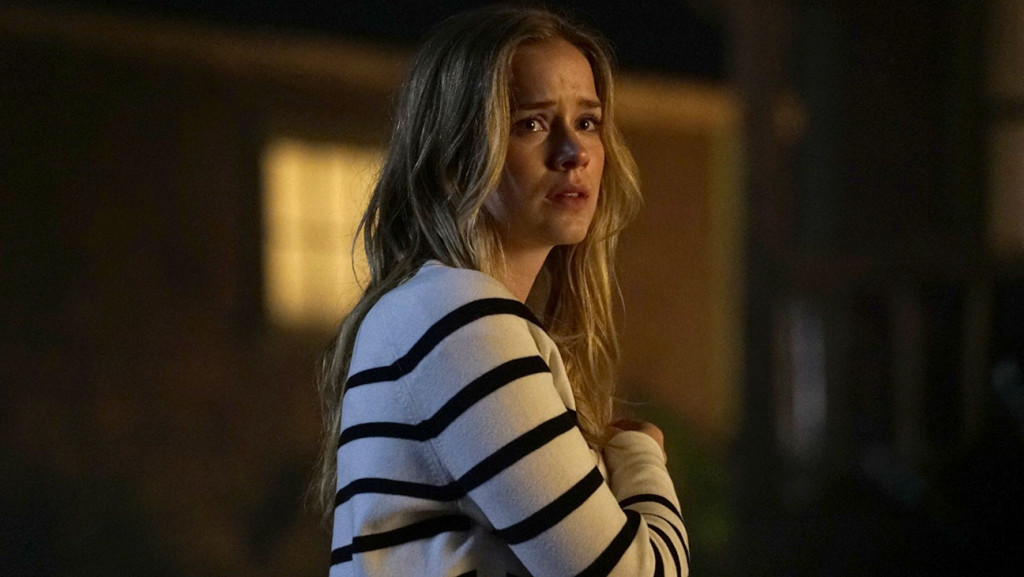 Summer camps bring back some sweet pleasant memories of school and many “first times”. But it also comes as no surprise that summer camps have been a premise for many horror stories, take R.L Stine’s novels for example. And honestly, what else can you expect when kids have been crammed up together away from their parents with only a few responsible adults? ‘Dead of Summer’ follows the story of one such summer camp where the students and the counselors of a school get together. What was meant to be a fun memorable summer camp turns into a sinister nightmare for everyone when a dark ancient mythology returns from the dead. What’s supposed to be the “first time” for many might just be their “last time” now. 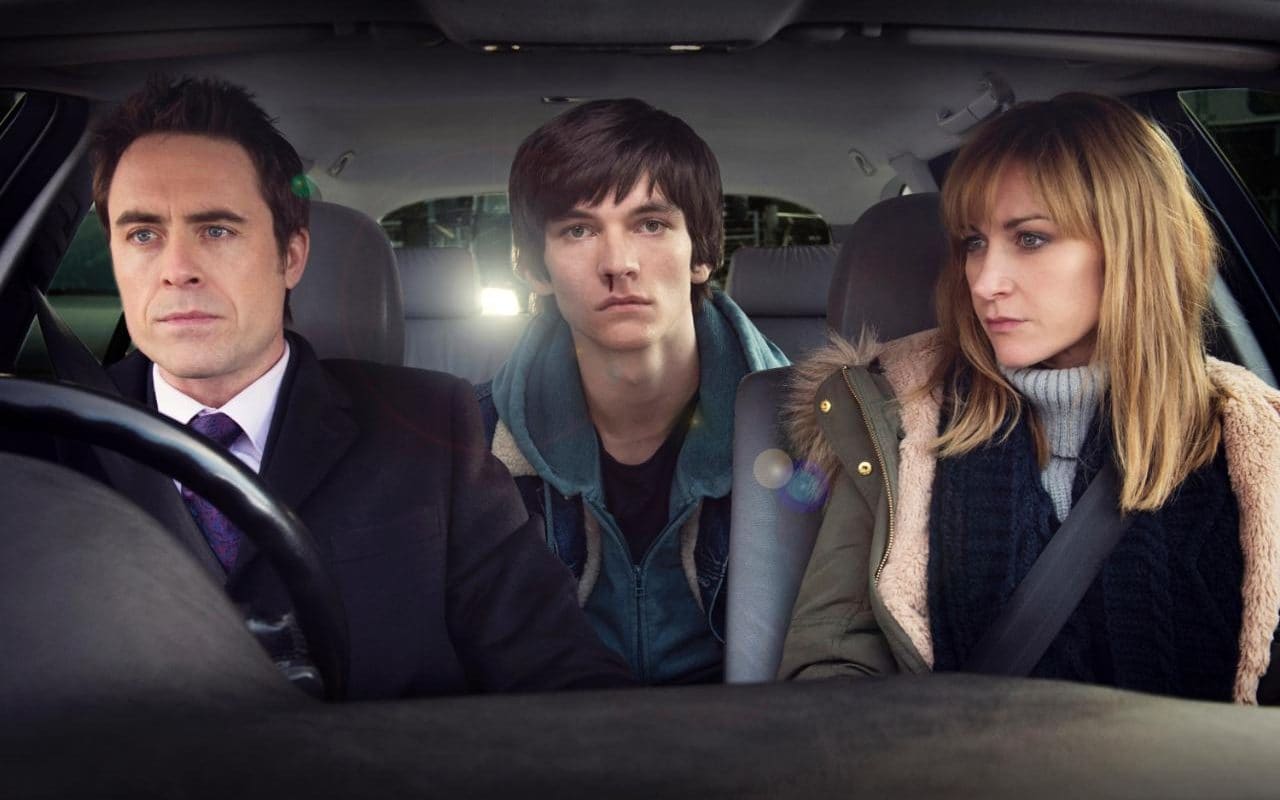 HIM is a teenage boy who suffers a lot because of his highly dysfunctional family. His grades are on a constant decline and with his hormones shooting up as a teenager, he is as troubled as most of them. But there’s one thing about him that is very different from all others. He has inherited psychic powers from his grandfather which he discovers at the age of 17. He must now learn to control these powers in order to put them to some good use. Don’t be mistaken, this is no “with great power comes great responsibility” superhero crap. “Him” focuses more on a deeper story and shows how humans are not really monsters in spite of holding so much darkness inside them. While the message it sends out is great, do not expect this to be much of a horror. It has its own scary moments here and there but it’s more on the emotional side of the spectrum. 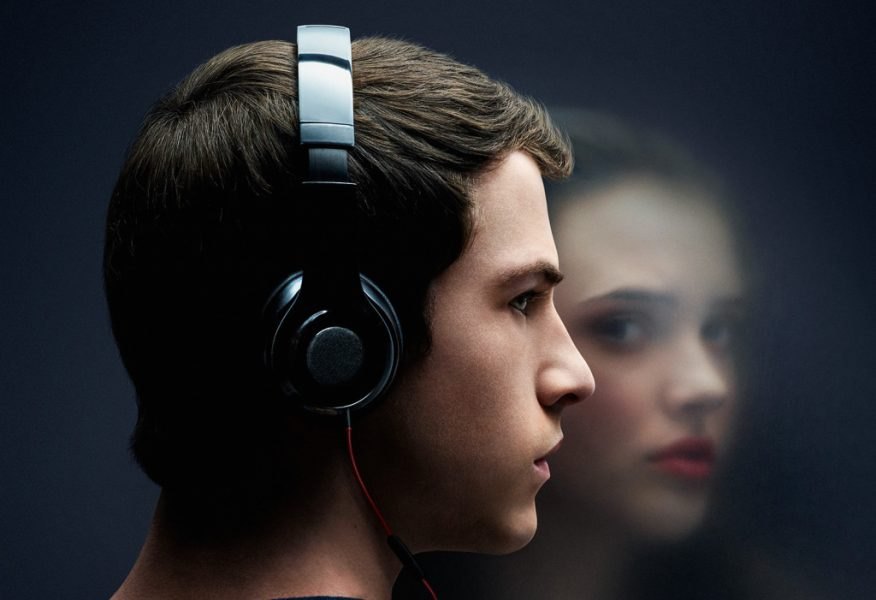 ‘13 Reasons Why‘ is a popular TV show that aims to spread suicide-related awareness amongst teenagers. It is about a young high school girl who takes her own life but leaves behind 13 tapes and each of these describe the events and people who forced her to take this decision. These tapes spread havoc all over the school and deeply affect the lives of those whose names have been mentioned on them. While most of these students mentioned on the tapes try to downplay the whole thing by keeping it a secret, the main character Clay feels an urge to avenge the death of his lost lover, Hannah. Hell breaks loose on everyone in the school, including the staff, and a bunch of harmless tapes soon become everyone’s worst nightmare. 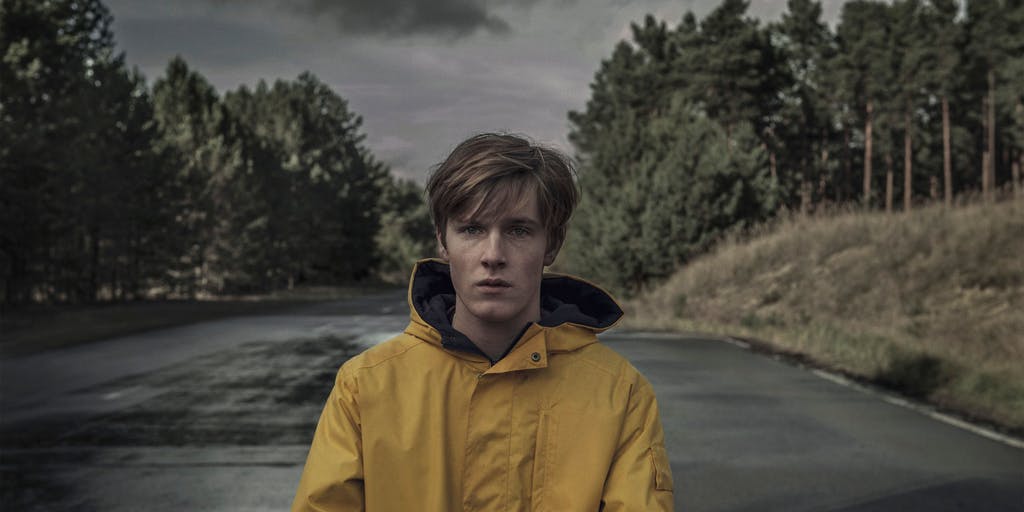 ‘Dark’ is a German show that stays true to its name; it indeed is extremely dark. The series is set in a town where two boys go missing and four families set out to find them. But in this quest to find the missing boys, the families start discovering dark secrets about each other and also the troubled history of the town they live in. A series of twists and turns reveal the true nature of some sinister supernatural forces that are all around them and the deeper they delve into these, the harder it will be for them to find their way back. 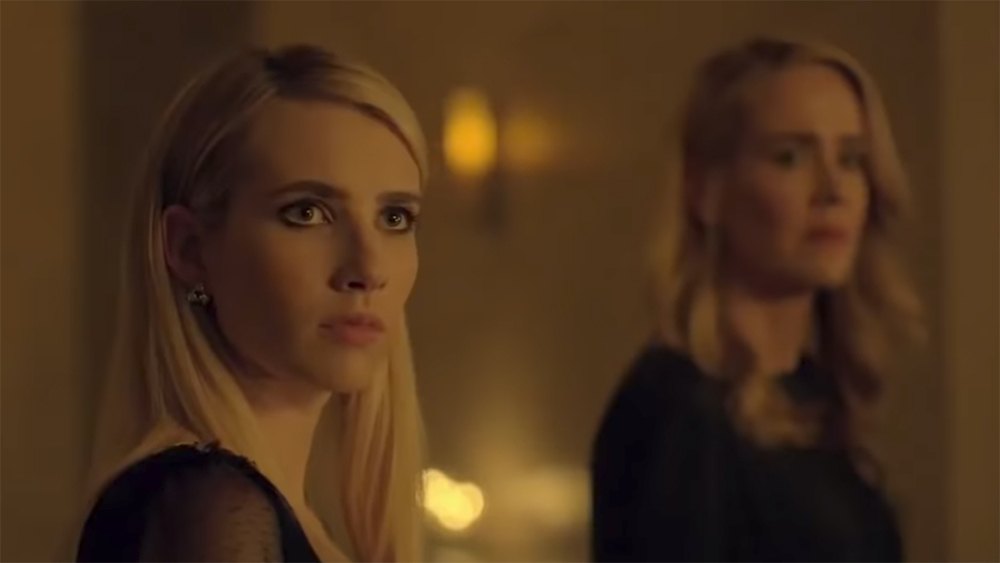 ‘American Horror Story’ is an anthology series that focuses on many different horror based tales which include a haunted house with a dark secret, an asylum with a troubled past, a coven of evil witches, a haunted hotel, a demented farmhouse, a demonic cult and a story about the end of the world. All these together make up one hell of a show that keeps you engaged at least for the rest of the week. This one should surely be on the list of every horror fanatic. Just make sure you leave the lights on while you’re watching it. 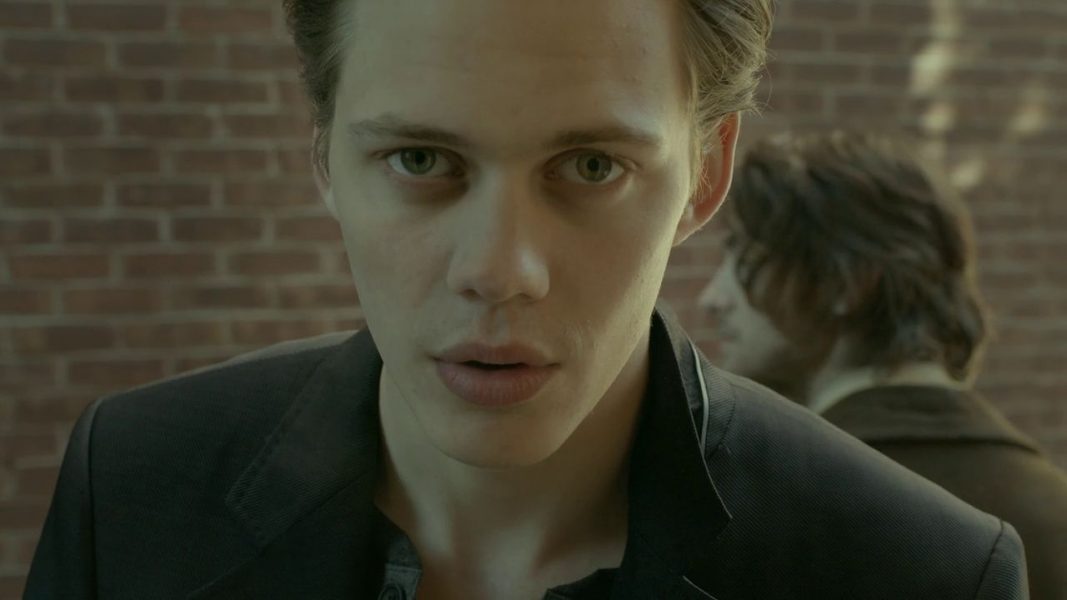 ‘Hemlock Grove’ is based on a book by Brian McGreevy that goes by the same name. The executive producer of this show is none other than Eli Roth, who is known for his work in movies like ‘Hostel‘. If you’ve seen ‘Hostel’, then you already know how graphic this one is going to be. ‘Hemlock Grove’ tells the story of a town divided between the rich and the poor. From the outside, it’s almost like any other town out there but deep inside are dark secrets that almost everyone holds on to. Certain events lead to the exposure of these secrets, making it clear that this town is a lot more than what meets the eye. 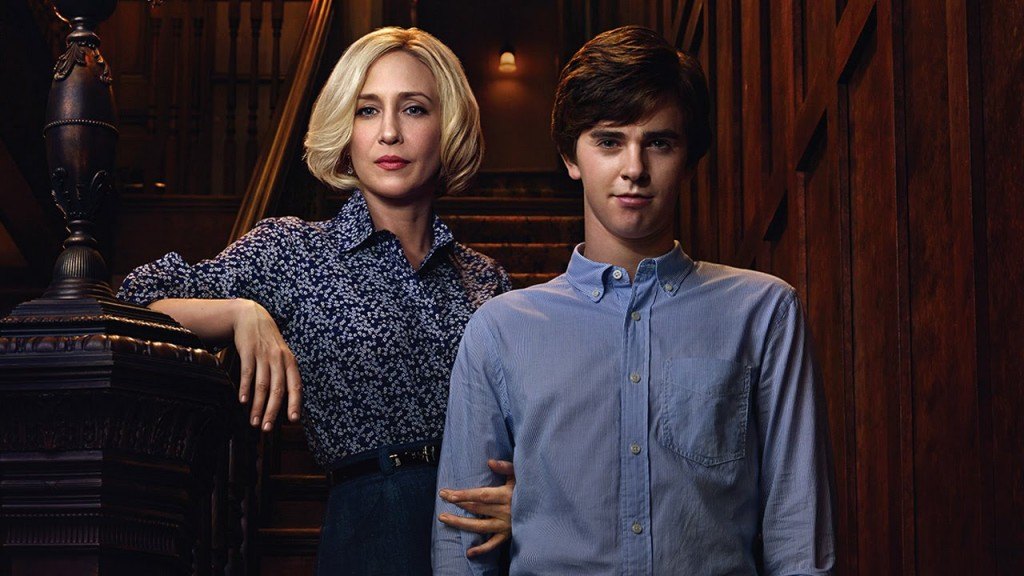 We can never forget Norman Bates from the classic 1960 film ‘Psycho‘. ‘Bates Motel’ is more like a prequel to it and it explores the teenage years of Norman Bates. The show reveals how his psychopathic tendencies unfolded when he was young and also how his complicated relationship with his mother turned into a deranged obsession. This series serves justice to the brilliance of the original source and proves to be just as good. 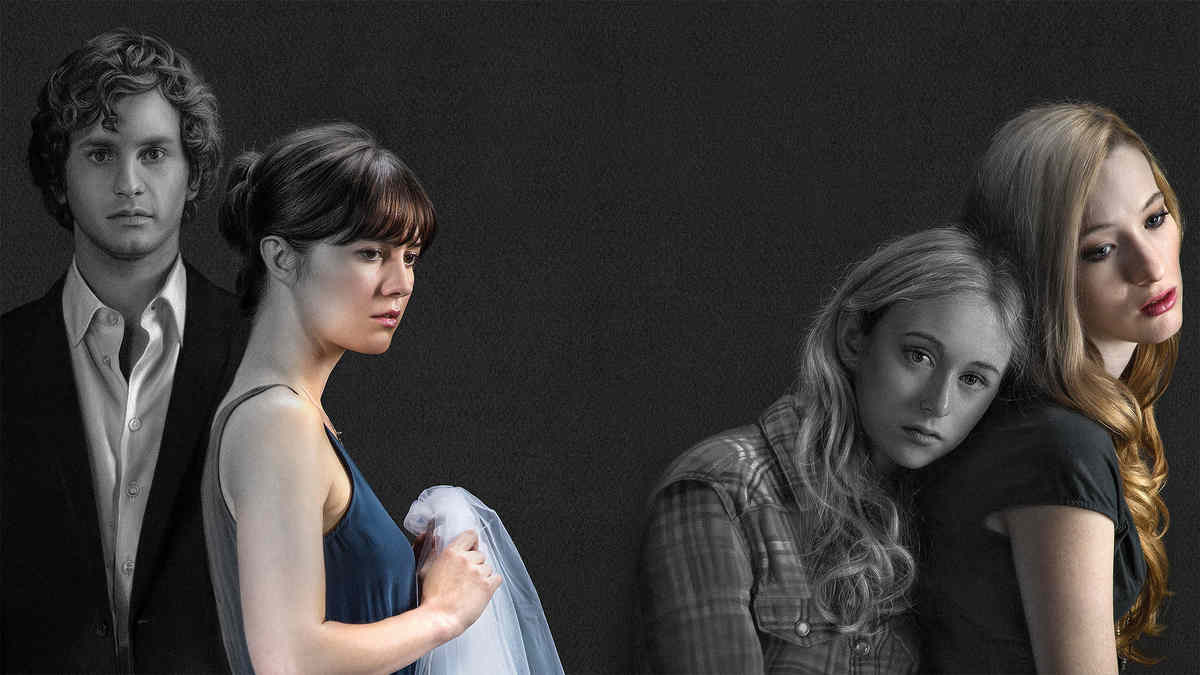 Stephen King was right when he claimed that “dead is better” in Pet Sematary and ‘The Returned’ is yet another example of that. The dead return home to their small town with no traces or aging and are also unaware of their own deaths. Initially, the families of these “dead” people are all happy about their return and focus more on the bright side of things. But soon, all of this happiness fades away into darkness that swallows their small town, as strange, brutal murders begin to occur. It’s sad that a season 2 of ‘The Returned’ never really came out. It sure had some great potential.