7 TV Shows You Must Watch if You Love Counterpart

‘Counterpart’ is one of the best science fiction thrillers which we have had the pleasure of witnessing in recent times. The show is set in a world where there is a possibility to travel to a parallel universe. The world where our protagonist exists is called the Alpha world, while the parallel universe is called the Prime world. Our lead character, Howard Silk (J.K. Simmons) works at the Office of Interchange, a United Nations division. But when we meet him, we see that he hardly has any idea what the OI does. He is just a low-ranked bureaucrat. But Howard’s fate completely takes a turn when his counterpart from the Prime world is revealed to be a top secret agent. Further problems arise for Howard Alpha when he is told that an assassin from the Prime world is here to target his wife.

The series is an intense science fiction thriller and has been well-appreciated by critics. J.K. Simmons has also been lauded for his dual role. If you enjoy shows like ‘Counterpart’, which are smooth blends of mind-numbing science fiction with the intensity of thrillers, then look no further. Here’s the list of best shows similar to ‘Counterpart’ that are our recommendations. You can watch several of these series like ‘Counterpart’ on Netflix, Hulu or Amazon Prime. 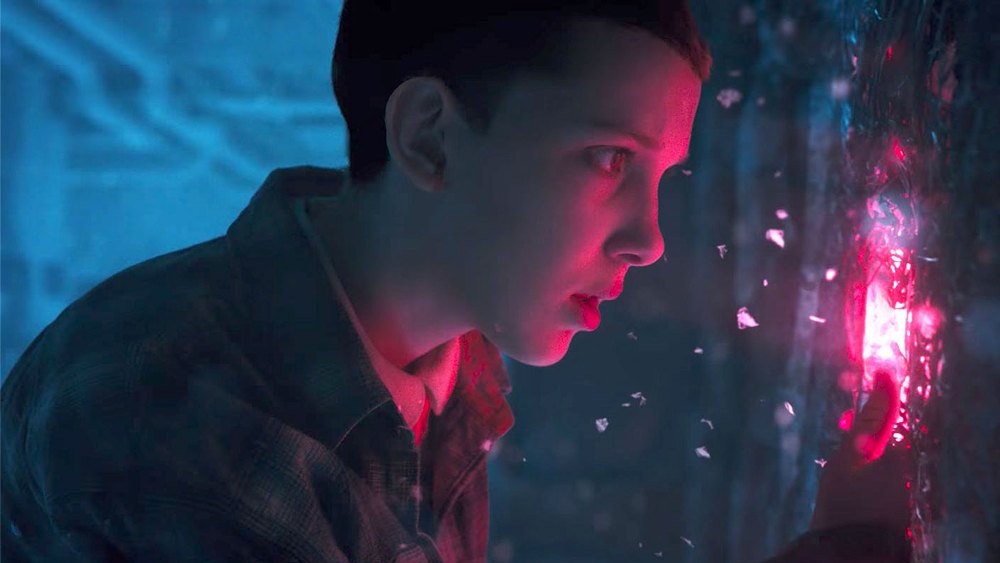 Among all the original series Netflix has produced, hardly any of them has been as popular as ‘Stranger Things’. This series is a throwback or homage to the 1980s horror movies. Set in the quiet town of Hawkins, Indiana, the series follows the adventures of a group of young boys, and a strange girl they meet nmed Eleven. Soon we see that the townspeople are worried because a small kid called Will Byers has gone missing. Will was a dear friend of the lead characters, Mike, Dustin, and Lucas.

In the outskirts of town, there is a secretive government research institution called Hawkins National Laboratory, and here, they carry out dangerous experiments. We learn that Eleven has special powers, and her father is the only person responsible for her condition after he conducted experiments on her at the HNL. The scientists at HNL have also further complicated the matter when one of their experiments led to the opening of a portal to a dark dimension called the Upside Down. Soon, creatures from this parallel universe start invading the peaceful and quiet lives of the residents of Hawkins. The series has received widespread critical acclaim for its aesthetically strong homage and for creating interesting and engaging characters. 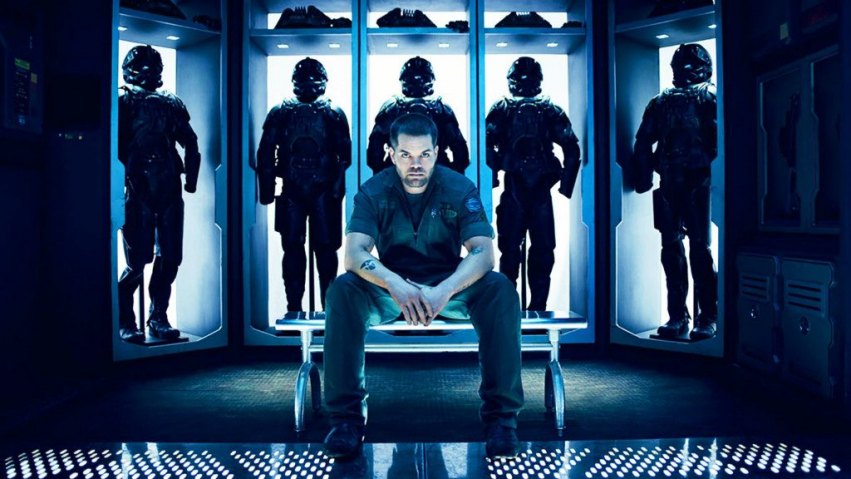 James S. A. Corey’s famous ‘Expanse’ book series is the inspiration behind this science fiction show. The story of the series is set in a futuristic world when humanity has managed to colonize all of the solar system. However, no two planets live in harmony, and there is always a Cold War-like state between them. The series follows three characters — United Nations Security Councilwoman Chrisjen Avasarala, who is trying to prevent a war between the inhabitants of Earth and Mars, police detective Josephus Miller, who has been assigned the task of locating a missing girl named Julie, and Joseph Holden, executive officer of an ice-hauler called Canterbury. It is because of an incident involving Holden that the peace between Earth, Mars, and the asteroid belt Ceres has come under threat. This show is lauded by critics for its character development and politically aware content. The series has also been honored with a Hugo Award for Best Dramatic Presentation.

One of the finest miniseries in recent times, ‘Utopia’ stands out in every way. It is brilliantly shot using amazing color palates. Each frame of the series can be called a painting. The storyline is intense. It involves an organization simply known as The Network, which is desperately trying to sterilize half of the human race. They believe this is the only way to ensure the survival of humans. They have two hitmen who are extremely ruthless and are out to find a woman called Jessica Hyde who they think has knowledge about how to proceed with the sterilization.

We later come to know that Hyde’s father had developed a protein which can have the desired effect, but since he did not want to go on with the action, he hid the formula for the protein in the manuscript of a graphic novel he had written. The Network thinks Jessica knows where the entire manuscript can be found. Meanwhile, we meet four people who know a lot about the graphic novel — Becky (a postgrad student), Ian (an IT official), Wilson Wilson ( a conspiracy theorist busy removing all his traces from the internet), and an 11-year-old called Grant. Jessica Hyde and Grant manage to get hold of the manuscript and join the remaining three in order to protect the information from The Network. The series has been widely praised for its content, cast, and production quality. 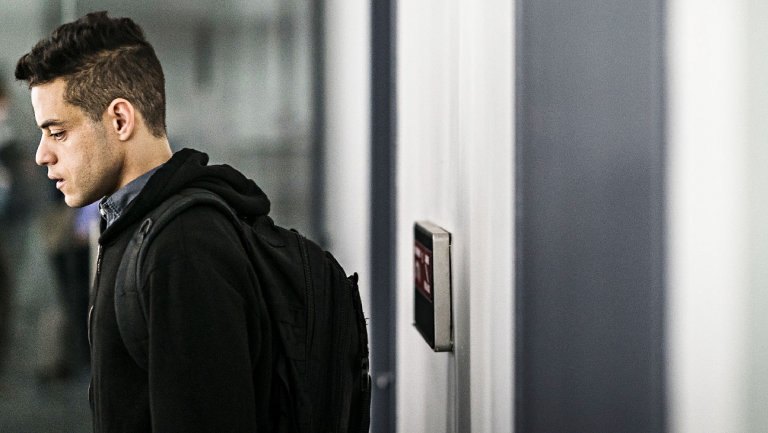 Created by Sam Esmail, ‘Mr. Robot’ is what we can call a techno-thriller or a cyberpunk thriller. It follows the life of Elliot Alderson (Rami Malek), who is a cybersecurity engineer and also a proficient hacker. But Alderson’s life is complicated by the several mental conditions he suffers from, like dissociative identity disorder, depression, and social anxiety. Elliot works for an organization called Allsafe. Elliot’s life takes a dramatic turn when his talents with hacking are recognized by an insurrectionary anarchist leader called Mr. Robot who asks Elliot to join his group of hackers (hacktivists) called fsociety. They are a rogue organization planning to erase all the debt records of consumers from the records of E Corp, one of the biggest conglomerates of the world. All the three seasons of the show that are released till date have met with critical acclaim and Malek has also been praised for his amazing performance in the role of Elliot. A fourth season of the show is set to release in 2019. 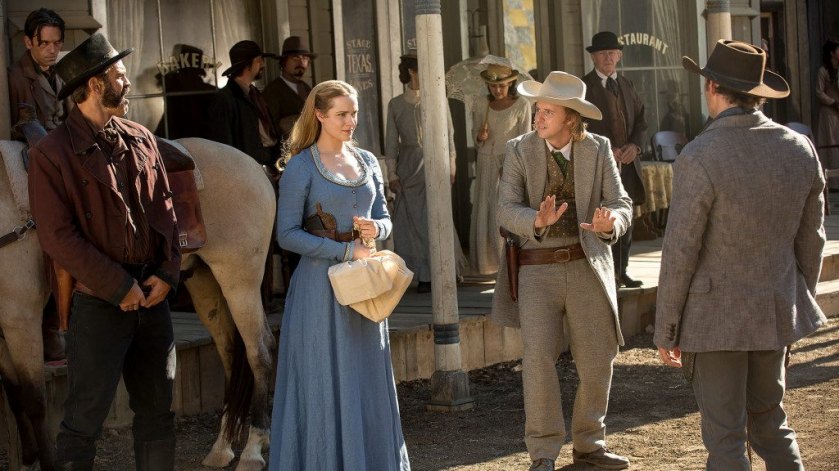 Jonathan Nolan and Lisa Joy are the creators of this highly popular science fiction western show. ‘Westworld’ is a theme park, but the unique aspect about this park is that it is populated by androids. Here, the visitors get to experience the Old West as it was and can do whatever they want with the androids there. They have permission to murder or rape or fulfill any of their perverted desires there. The androids which are used to create this simulated reality have their memories wiped out clean for each narrative they are to participate in. Sometimes, one android may be used for multiple characters. Moreover, while humans have the right to harm these robots, they are programmed to not cause any damage to humans.

As the series progresses, we slowly begin to realize that some of the androids are beginning to remember things that have happened to them and are creating a memory of their own, unbeknownst to the scientists of Westworld. Will they allow the torture they’re being subject to after they gain sentience? The show gives rise to certain important questions: is depravity allowed if no human being is being harmed because of it? Can we harm an android which has gained sentience and can think and feel just like humans do? The series has received critical acclaim for its performances, concept, and brilliant execution. 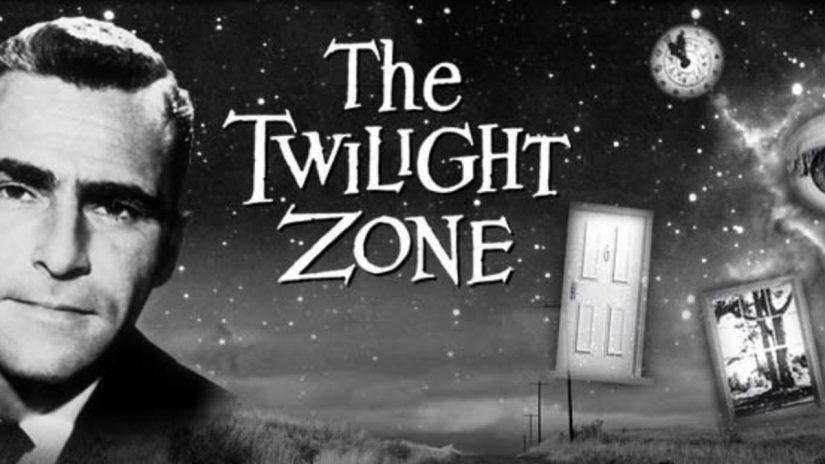 Rod Serling’s 1959 surrealist show ‘The Twilight Zone’ can well be regarded as a show that was truly ahead of its time. Unlike other shows during its era, ‘The Twilight Zone’ had a very unique concept and presentation. Each episode is a standalone story where we see the protagonist enter a realm called ‘The Twilight Zone’ where he/she experiences bizarre, surreal and disturbing occurrences. These occurrences include tropes from science fiction, horror and fantasy genres. There is a moral lesson at the end of each episode.

Most observers have regarded this series to be one of the most influential in television history. This is because some of the tropes that this series introduced have been copied or emulated numerous times across the world in several shows and movies. When the series first premiered, it met with warm critical reception, with many experts agreeing that it was by far the best television program they had ever seen. The series has been renewed, and it is believed that Jordan Peele will serve as the new host. 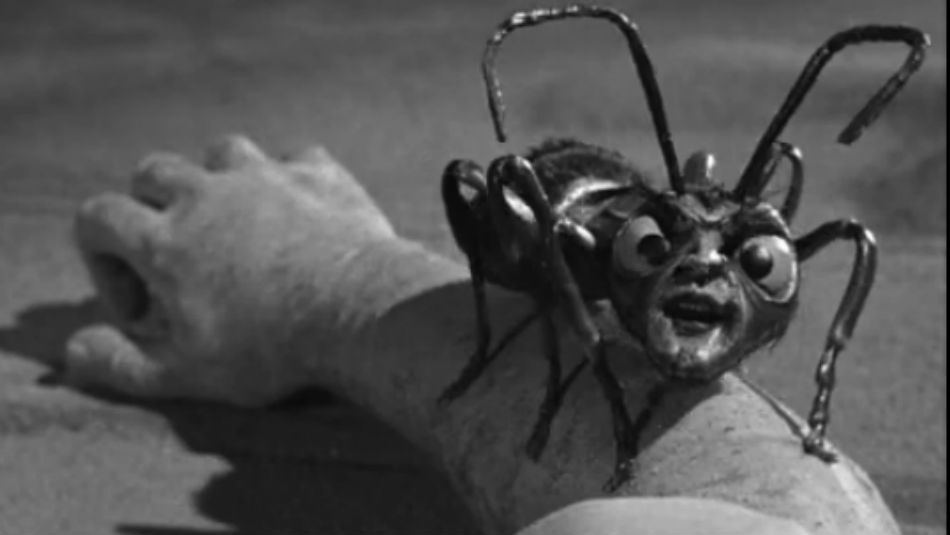 Similar to ‘The Twilight Zone’ in format and presentation, ‘The Outer Limits’ mainly deals with science fiction stories. Each episode is a different story with a surprise ending and a moral message. Many shows were inspired by ‘The Twilight Zone’ after its release and ‘The Outer Limits’ is just one of them. The series is created by Leslie Stevens and has been classified by some as belonging to the genre called gothic science fiction.

The show also has a metafictional approach to it, and it starts by directly communicating with the audience with this message at the beginning — “There is nothing wrong with your television set. Do not attempt to adjust the picture. We are controlling transmission. If we wish to make it louder, we will bring up the volume. If we wish to make it softer, we will tune it to a whisper. We will control the horizontal. We will control the vertical. We can roll the image, make it flutter. We can change the focus to a soft blur or sharpen it to crystal clarity. For the next hour, sit quietly and we will control all that you see and hear. We repeat: there is nothing wrong with your television set. You are about to participate in a great adventure. You are about to experience the awe and mystery which reaches from the inner mind to – The Outer Limits.”