7 TV Shows You Must Watch if You Love Disenchantment

Netflix, with their attitude to establish themselves in all genres of TV shows, have also taken major steps in the world of comedy and animation. After the immense popularity of ‘BoJack Horseman’, they realized that adult animated sitcoms do have a dedicated following not only in America but all over the world. With this idea in mind and to establish themselves as one of the stalwarts of adult animated shows, in 2018, they came up with ‘Disenchantment‘. Though the series did not prove to be as big a success as ‘BoJack Horseman’, it still is an important addition to their repertoire in this field.

The creator of the show is none other than the legendary Matt Groening, who will forever be remembered as the creator of the iconic and immensely influential show ‘The Simpsons‘ (1989-). Interestingly enough, the three adult animated shows that Groening has created are set in different periods of time. While ‘The Simpsons’ takes place in the present, ‘Futurama’ (1999-2013) is set in the future, in the year 2999. ‘Disenchantment’, on the other hand, is set in medieval times. The story of ‘Disenchantment’ is set in a kingdom called Dreamland, and follows three characters- a princess, a demon, and an elf. These three characters are tired of their monotonous lives in the kingdom.

The princess, Bean, prefers beer more than any other food. She is rebellious and is against taking up the responsibilities that come with her age. Her two friends are Elfo and Luci, the elf and the demon, respectively. While Elfo encourages Bean to take her responsibilities seriously and better herself as a human being, Luci advises her in exactly the opposite ways. Luci appears as a demon in front of Bean but it is actually Satan himself. Though Luci always tries to cause Bean harm, his counsel ends up benefiting her anyway.

The show is hilarious and filled with interesting characters. It is a must-watch for adult animated sitcom lovers. If you enjoyed watching this show, then you must be looking for more titles that explore similar themes and ideas. Don’t worry, we’ve got you covered. Here’s the list of best shows similar to ‘Disenchantment’ that are our recommendations. You can watch several of these series like ‘Disenchantment’ on Netflix, Hulu or Amazon Prime. 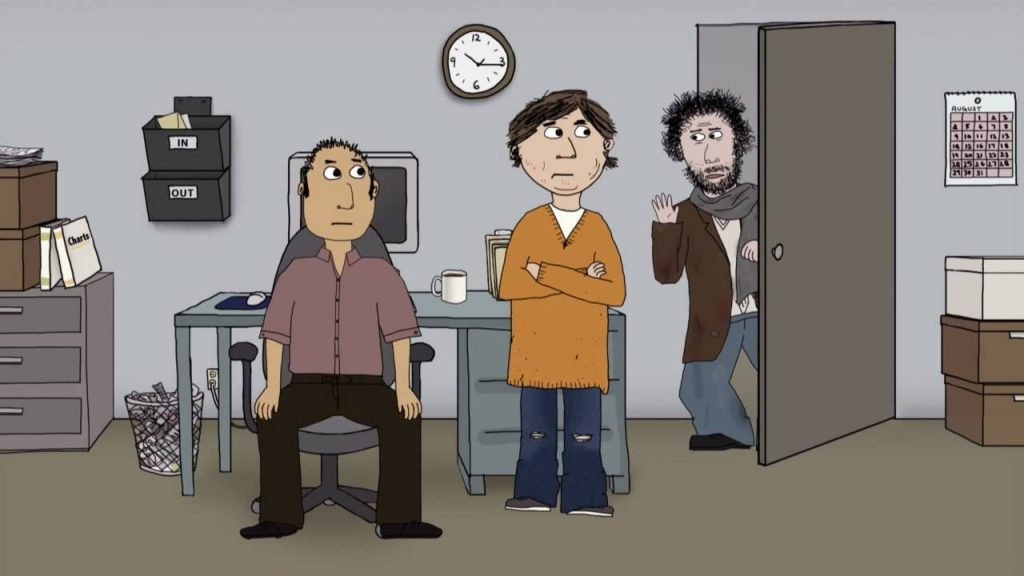 An HBO original show, ‘The Life And Times Of Tim’ is created by Steve Dildarian. The protagonist of the story, Tim, is a white American in his mid-20s who presently works for a corporation known as Omnicorp. Tim is the average middle-class New Yorker who is trying to make a life for himself just like millions of others his age. We follow Tim as he finds himself in the most embarrassing situations possible. Sometimes he gets into a brawl with an elderly person, while at other times, he takes children on a trip to Central Park only to end up among transvestites and fake purse sales.

Dildarian’s short film, ‘Angry Unpaid Hooker’ is the main reason why the series got started. The short ended up winning the Best Animated Short at the U.S. Comedy Arts Festival. This attracted HBO’s interest, who commissioned a series based on the film. The art style used in ‘The Life And Times Of Tim’ is quite different from other shows. The drawings seem very amateurish and crude. Even when the series received HBO’s backing, Dildarian chose to continue the style. The show has a cult following and has drawn praises because of its brilliant humor. 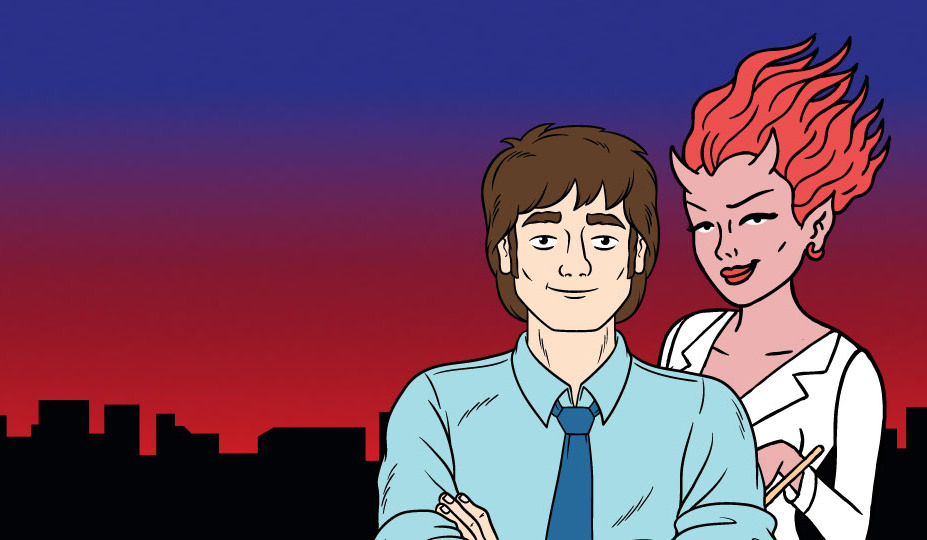 ‘Ugly Americans’ is a fantasy animated sitcom set in New York City, where monsters, demons, and humans coexist. The lead character of the series is a man called Mark Lilly. He works for the Department of Integration as a social worker. The department helps in bringing the non-human entities into the mainstream sphere of American life. His roommate is a zombie while his boss at the office is a demon. We also come to know that Mark’s girlfriend is Satan’s daughter and that she looks like Mia Farrow in the 1968 movie ‘Rosemary’s Baby’. It is important for Mark to be politically correct as he himself works for the betterment of the non-humans. The show acts as a metaphor for the problems that minorities face in American society and the biases some white Americans have against them. There are places in this world where the zombies and demons are highly ostracized. Critics praised the show for the way it puts forward the message while being extremely funny at the same time. 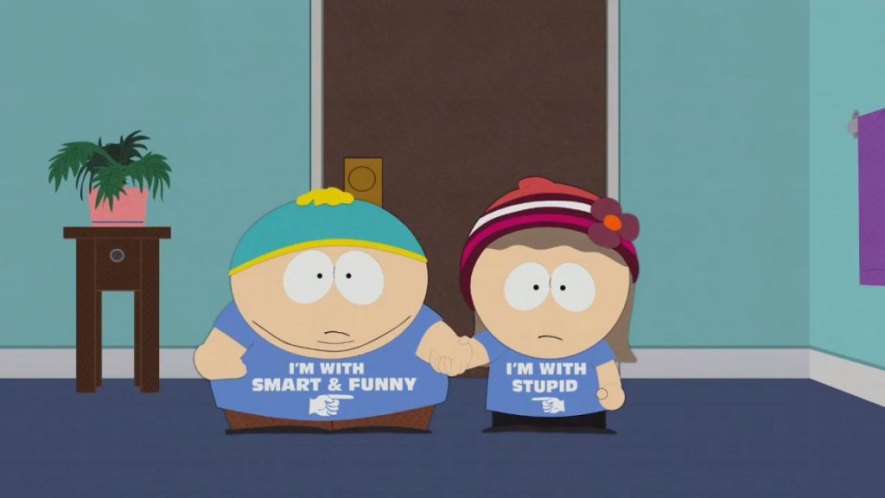 This iconic series revolves around four friends — Stan Marsh, Kyle Broflovski, Eric Cartman, and Kenny McCormick. They live in the eponymous area in Colorado, and it is their adventures that we witness throughout ‘South Park’. Stan is the ‘straight guy’, or the protagonist of the series. He is an average 4th grader while his friends are eccentric in one way or the other. Stand’s best friend is Kyle, and their friendship is modeled on the bond shared by the co-creators of the series, Trey Parker and Matt Stone.

Eric is a loud-mouthed racist who does not seem to stand Jews. Kenny, on the other hand, can be seen dying in many episodes and returning again in the next with no explanation being given regarding his return. The plot in each episode sometimes deals with ordinary day-to-day elements and sometimes with the supernatural. The children act as the voice of reason when the adult of South Park feel threatened. The way their parents behave is sometimes perceived by the boys as morally distorted and ambiguous. The show is sometimes dark, vulgar, and there is also a certain use of profanity. The series, now a cult favorite, also has its detractors who have lashed out against its frequent use of toilet humor and the way it challenges orthodox notions. 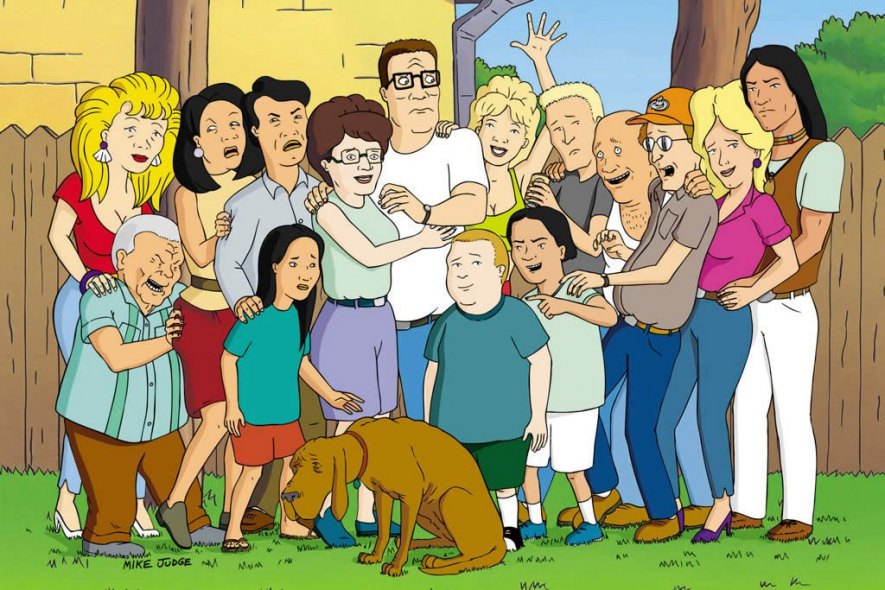 Set in the town of Arlen in Texas, ‘King Of The Hill’ centers around a middle-class American family called the Hills. The central character of the show is Hank Hill, who is the patriarch of the Hill household. He is a conservative, honest, hard-working American who constantly finds himself clashing with his wife and other members of his family because of his beliefs. The show uses realism and tries to find the humor in regular day-to-day existence. The slice-of-life format that ‘King Of The Hill’ uses makes it stand apart from other shows in the same genre. 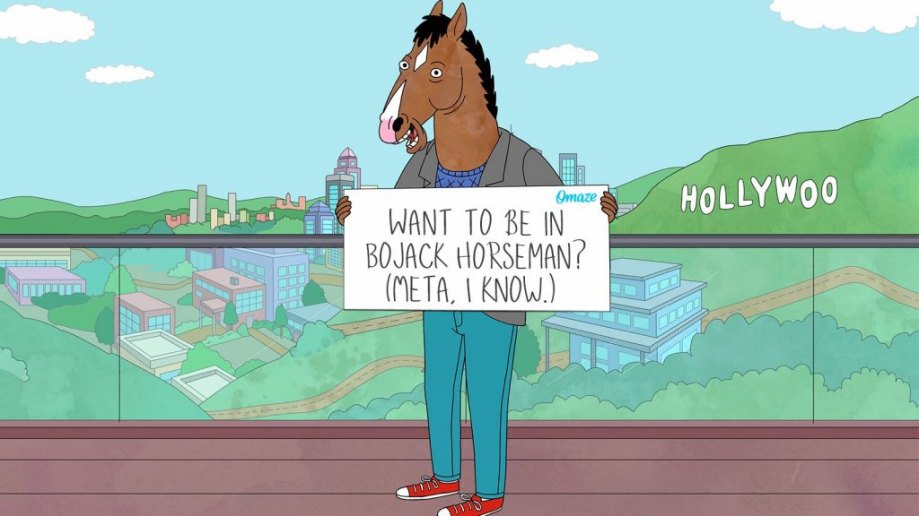 A postmodern tale about a former TV star, ‘BoJack Horseman‘ is Netflix’s first original adult animated comedy. The series centers around the eponymous character, who lives in Hollywood and used to star in a famous sitcom in the 1990s known as ‘Horsin’ Around’. Now that BoJack is no longer celebrated as he was at one point, he finds himself dejected and wants to revive the interest in his life by writing his autobiography. Horseman is now a drunkard who muses about his past life and comments on the futility of life and the banality of modern existence. The show is intensely philosophical and funny, with BoJack often going on self-referential existential rants. The show received universal acclaim despite initial reviews being mixed. It deals with serious issues like depression, racism, nihilism, and modern existence. 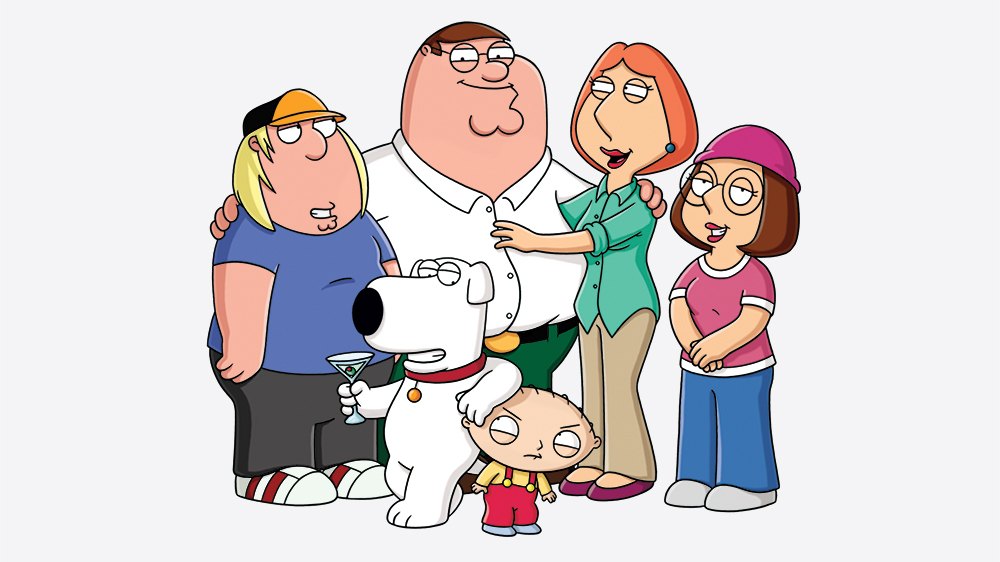 Created by Seth MacFarlane, ‘Family Guy’ is one of the most significant and culturally influential animated sitcoms ever. The Griffin family is the center of the show. It consists of Peter, Lois, their three children Meg, Chris, and Stewie, and Brian, their pet dog. Peter is a blue-collared worker, who is good at heart, but is a bit clumsy at times. Lois comes from a rich family and currently takes care of her children and works as a piano teacher. Both Meg and Chris have taken after their father in being somewhat slow and clumsy. Stewie, the infant in the family, behaves like an adult and has the tendency to uses phrases typically used by generic archvillains. ‘Family Guy’ has also found itself under the radar on many occasions, with many viewers objecting to the show for depicting various controversial points of view. The show has been accused of making fun of Sarah Palin, and for being racist. ‘Family Guy’ essentially ridicules the American way of life and is self-referential at times. It has won three Primetime Emmy Awards during its run. 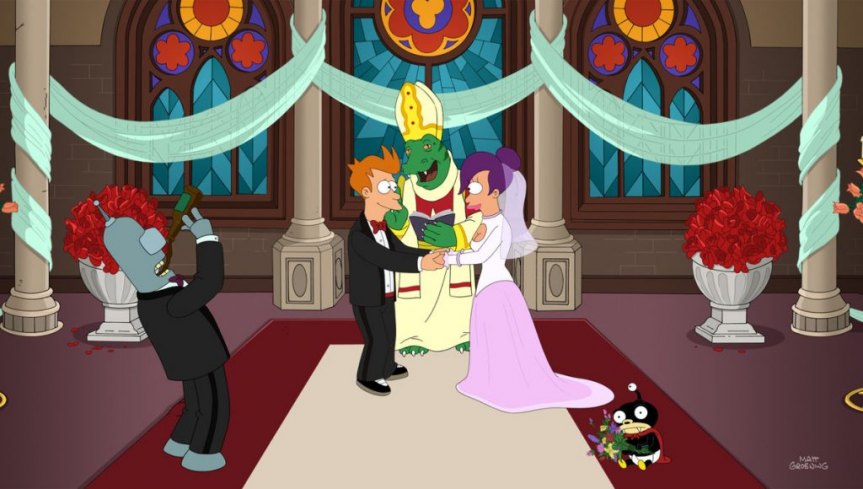 A Max Groening creation just like ‘Disenchantment’, the story of ‘Futurama’ is set in 2999. The protagonist of the series is Philip J. Fry, a well-mannered pizza delivery boy who freezes for a thousand years inside a cryogenic pod and only wakes up in the year 2999. Having nothing else to do, Philip gets a job with an interplanetary delivery company called Planet Express. The detailing behind the series is really interesting. Here, religion has changed as we know it and people mainly worship Oprah Winfrey or robots. There are mutated and cross-bred animals in this world. Living heads of famous celebrities are kept in jars in this world where they can interact with their fans. Names of some episodes of the series are modifications on the names of famous movies. For example, ‘Godfellas’ (‘Goodfellas’) or ‘The Prisoner Of Benda’ (‘The Prisoner Of Zenda’).