9 TV Shows You Must Watch if You Love Electric Dreams 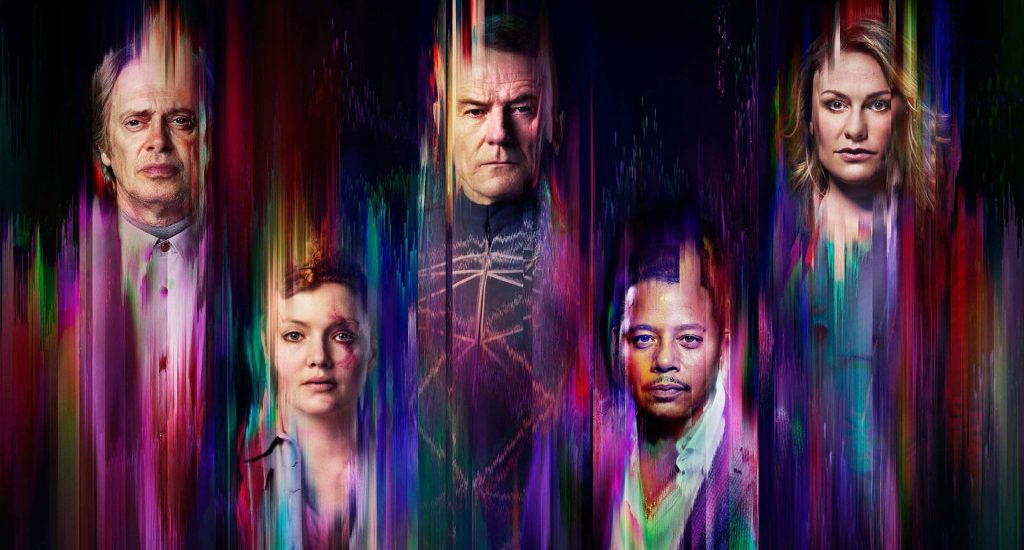 ‘Electric Dreams’ is an anthology show that comprises of stories of the famous author Philip K. Dick. There are a total of ten episodes in the first season. The first episode is set in a dystopian world which is ruled by a regime — the Free Union. In this world, some humans have developed special abilities, making them a threat to the rulers. These humans are called Teeps, and they can actively use telepathic abilities. One of them, Honor, becomes an informer for the police. The second episode follows a character called Irma Louise Gordon, who has appointed two space travel guides named Norton and Andrews to take her to the earth for one last time. The story is set in a time when the earth has been evacuated after solar flares hit the planet and rendered it unsuitable for living.

Though critics are of the opinion that the show lacks originality, ‘Electric Dreams’ was praised for its amazing production quality. However, there are several other amazing shows too that explore similar ideas and concepts. Here’s the list of best shows similar to ‘Electric Dreams’ that are our recommendations. You can watch several of these series like ‘Electric Dreams’ on Netflix, Hulu or Amazon Prime. 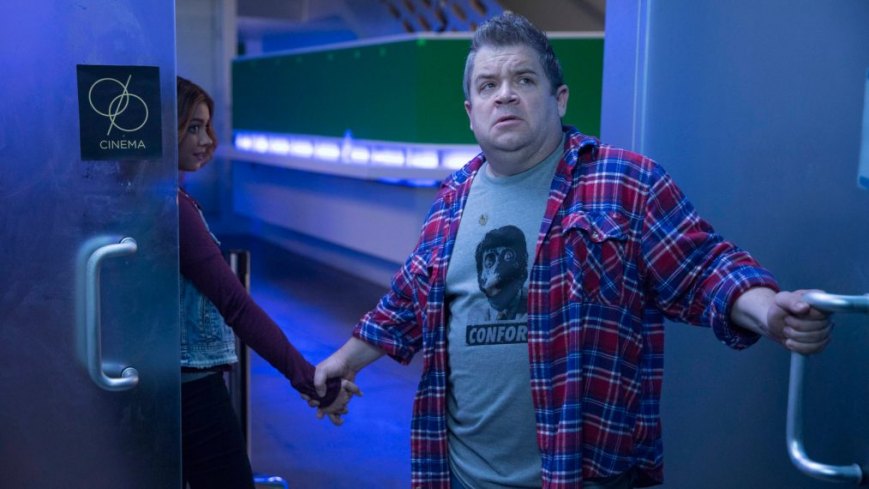 ‘Dimension 404’ is another science fiction anthology series which is tonally and thematically similar to ‘The Twilight Zone’ and ‘Outer Limits’. Mark Hamill is the narrator of the series. The show deals with one specific story per episode. The first episode, ‘Matchmaker’, is about a young guy who finds a perfect match for himself on a dating app, but things suddenly turn awry when he discovers something horrific. The title of the second episode is ‘Cinethrax’ and it follows a cinephile who is convinced a monster is being called upon by the 3D movie he’s watching in a theatre. Though all the stories in the series are science fiction, some of the episodes try to merge several genres and sub-genres. 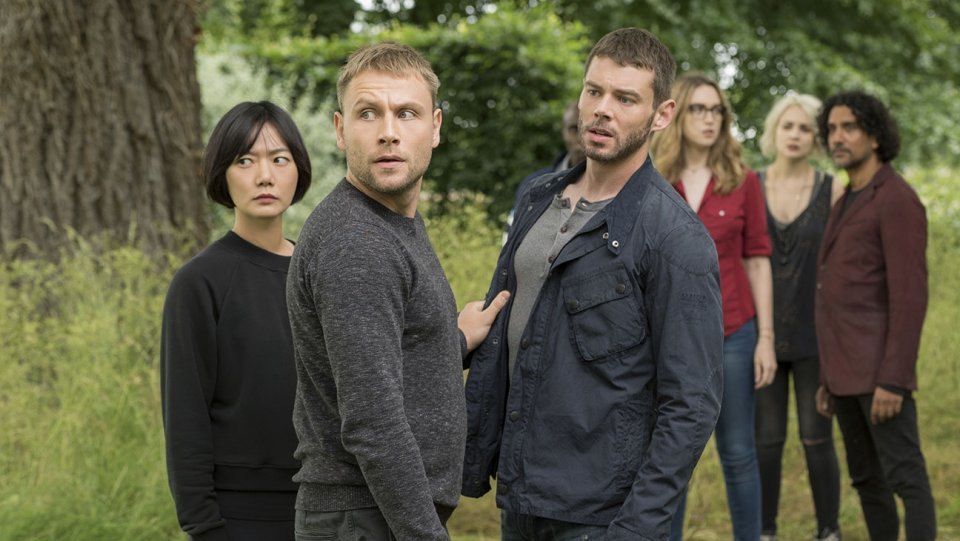 Created by the famous filmmaking siblings Lana and Lilly Wachowski, Sense8 focuses on eight characters who are spread across the world, but have psychic connections to each other. Later, we figure out that these people are called sensates or homo sensoriums. All of these people have been “birthed” by someone called Angelica. However, a man called Whispers is after her, and to prevent capture, Angelica decides to kill herself. What follows is Whispers trying to chase the sensates down as they try to protect each other from various threats. Critical response to the show is positive. Sense8 is also one of the most binge-watched shows on Netflix. 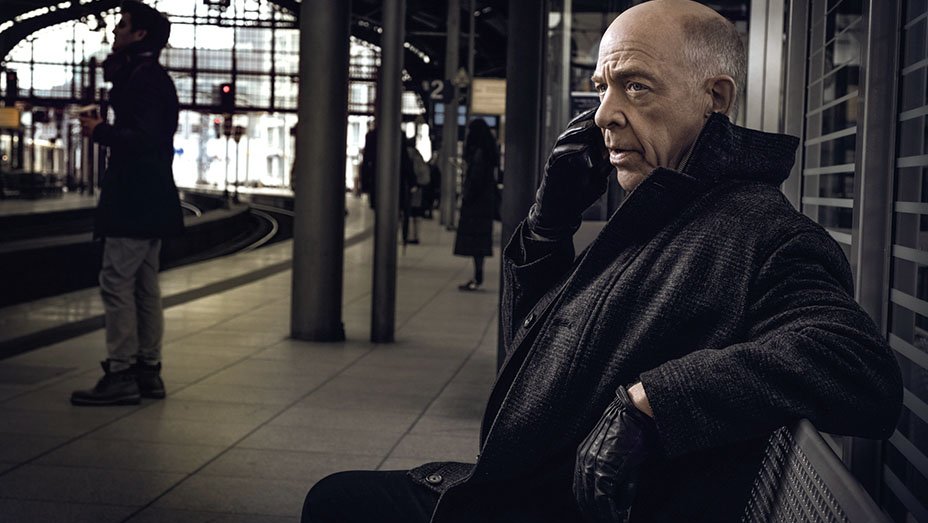 This science fiction thriller stars J.K Simmons in the lead role. The show is created by Justin Marks and it focuses on the life of a guy called Howard Silk who works at the Office of Interchange of the United Nations. What his department actually does is maintain a wormhole which takes one to a parallel universe called the Prime World. However, Silk knows none of this because he works at too low a position to be given access to such highly sensitive information. However, he soon gets involved in this entire ordeal when we come to know that Howard’s counterpart in the Prime world is a highly-trained agent who tells him that a virus has been sent across the two worlds which might be a threat to the lives of many. Reviews for the show were highly positive and it boasts of a 100% rating on Rotten Tomatoes. 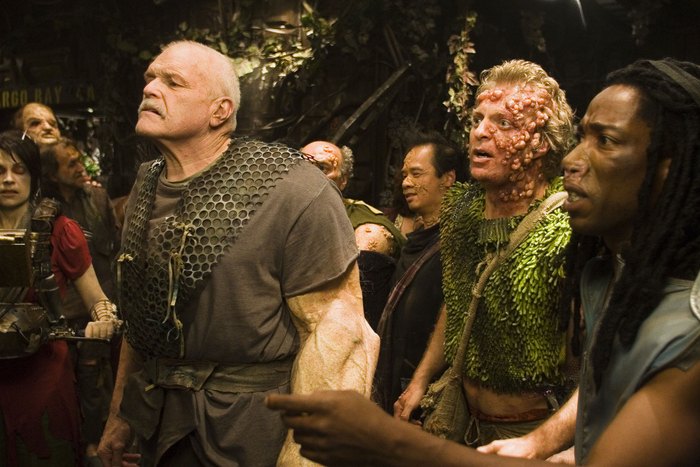 ‘Masters of Science’ is a sci-fi anthology show that comprises of a total of six stories. The first episode of the series is about a psychiatrist’s quest to help restore the memory of one of his patients. Another episode deals with an android called Jerry and its adventures under the ownership of a rich family. Some critics pointed out the fact that this show is too esoteric to gain popularity among the normal audience. 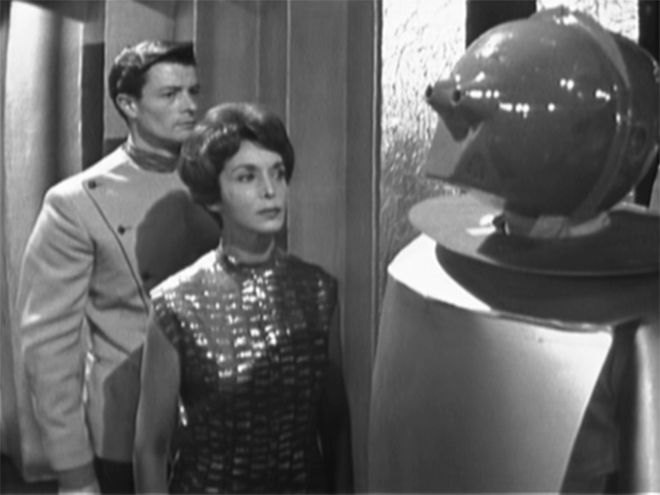 ‘Out Of This World’ is a sci-fi anthology series that is well and truly ahead of its time. The show’s episodes are based on stories of famous science fiction writers. Irene Shubik and Sydney Newman are the two most important people behind the show. Unlike other older shows like ‘The Twilight Zone’, none of the episodes of ‘Out Of This World’ survived, except one — ‘Little Lost Robot’, written by Isaac Asimov. This is because earlier it was a British television custom to wipe out the footage of a TV show’s episode after it airs. Despite the series being a major success, the fact that Shubik and Newman were recruited by the BBC caused the cancellation of the show after just one season. 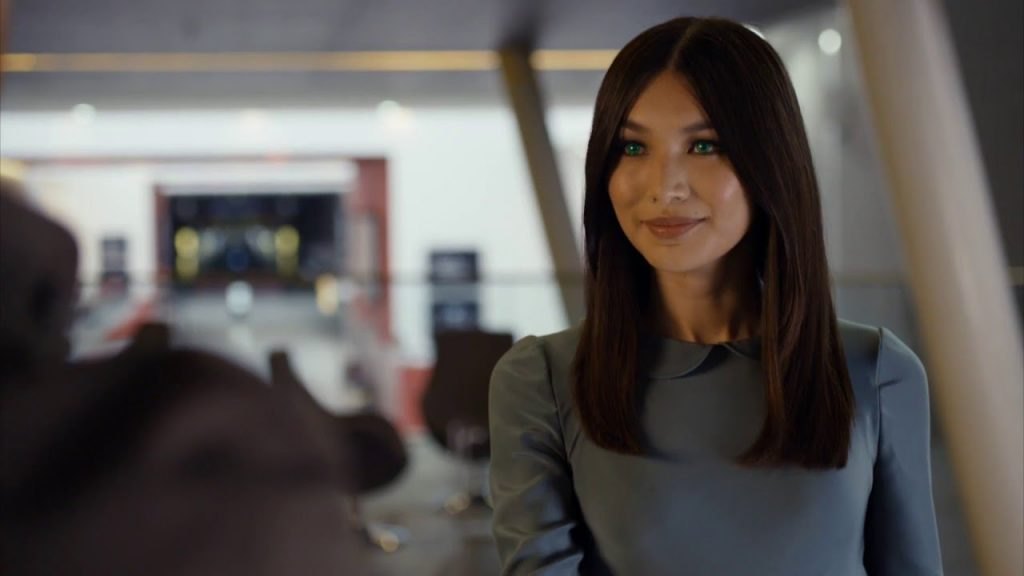 ‘Humans’ is a science fiction series set in a world where each family has an android called a Synth. These androids are extremely high-end products with almost human-like behaviors. The show explores the societal impact of having such robots and how it changes our lives, thoughts and philosophy drastically. The interactions between humans and robots is also an interesting concept dealt with in this series. The question of whether androids deserve the same treatment from us as other humans is another pertinent question addressed in the show. 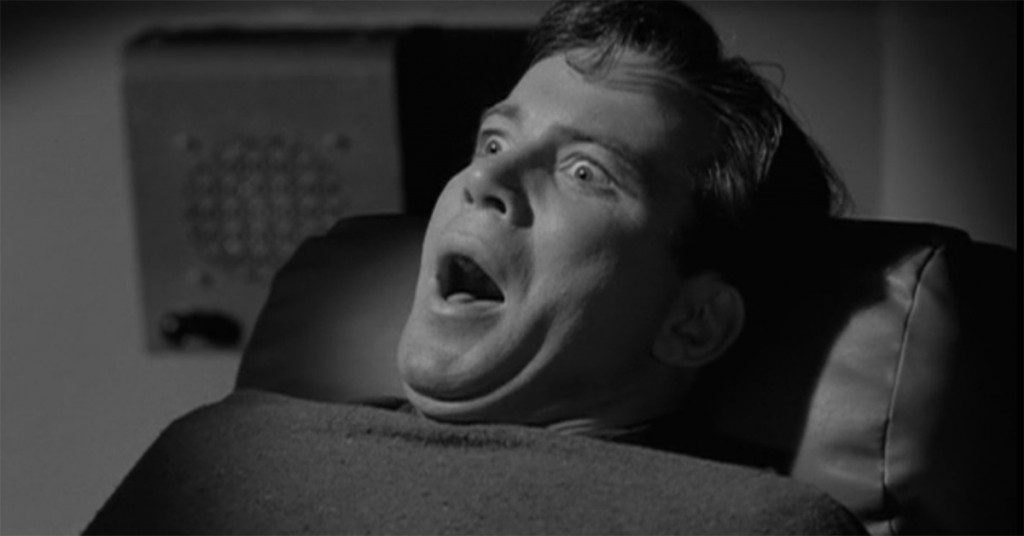 ‘The Outer Limits’ is another anthology science fiction series that was quite popular in the 60s. Each episode of the show deals with some horrifying story with a twist at the end. The format for the series is inspired by ‘The Twilight Zone’, but the major difference is that the latter show included stories on macabre, supernatural elements along with various other genres but ‘The Outer Limits’ focused specifically on science fiction. The series has a metafictional element that was far ahead of its time. Before every episode, a message is displayed on the screen claiming that your television set is beyond your control right now and you’re being taken to “The Outer Limits”. The show is hugely influential in television history, and interestingly, some of the monsters showed here were used in the original ‘Star Trek’ series as well, albeit with different names. Many famous celebrities, including Stephen King, called this show one of the best ever. 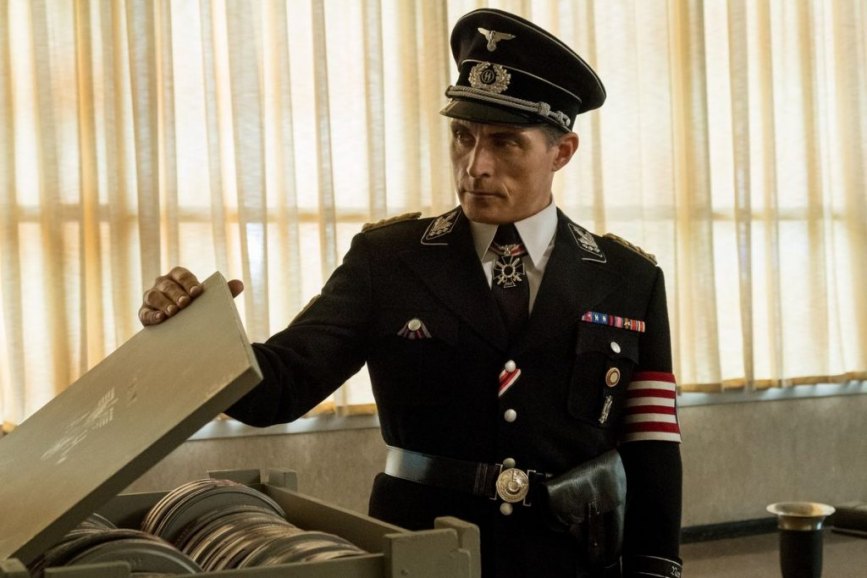 This interesting dystopian TV series depicts an alternate reality wherein the Axis powers have won the Second World War and America is under the Nazi and Japanese control. America’s eastern and mid-western states are now under the Nazi Party’s regime. The American states bordering the Pacific Ocean are under the Japanese control. The story of this series follows certain characters and depicts how their lives change when they find certain footage of news which says that the Axis powers had actually lost the war. The first season of this show received huge critical acclaim and the pilot episode became Amazon’s most-watched show since they started making originals. 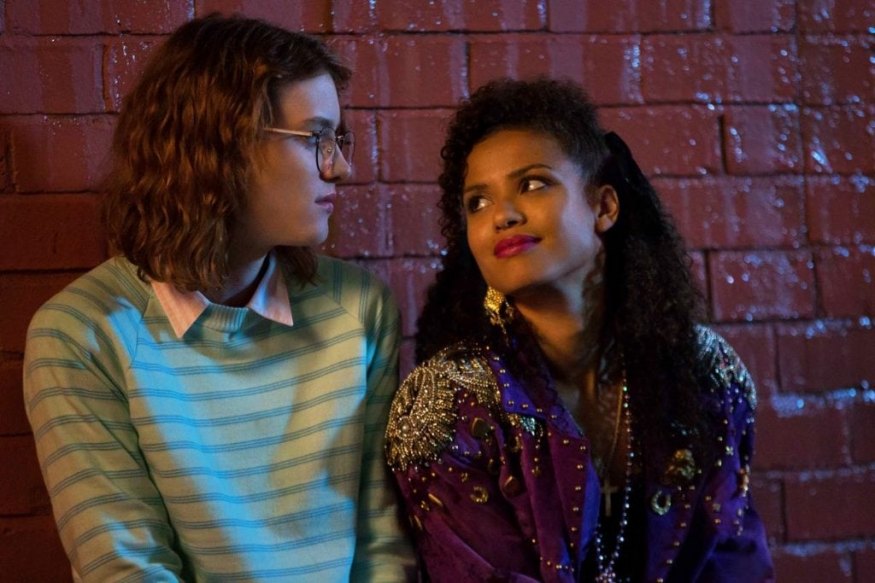 ‘Black Mirror‘, one of the most popular and influential TV series to have come out in recent times, is a dystopic science fiction show that has one common underlying theme for all its different stories. The theme is that though we are reliant on technology for many things in our lives, too much dependence can create huge problems and imbalances in society. The technologies used in the series are all readily available in society right now, and the side effects of what happens if we do not use our technologies properly is something which is explored in this series. Charlie Brooker, the series creator, had to say this about Black Mirror: “If technology is a drug – and it does feel like a drug – then what, precisely, are the side effects? This area – between delight and discomfort – is where Black Mirror, my new drama series, is set. The ‘black mirror’ of the title is the one you’ll find on every wall, on every desk, in the palm of every hand: the cold, shiny screen of a TV, a monitor, a smartphone.”