8 TV Shows You Must Watch if You Love Final Space

‘Final Space‘ is an animated comedy-drama series. The show can be called a space-opera as the central character of the series, Gary, along with the alien Mooncake, who has become his friend, indulges in a number of intergalactic adventures throughout the series. Gary’s full name is Gary Godspeed. He is an inept astronaut who is serving a five-year sentence on the prison spacecraft called Galaxy One. It is during the last few days of his sentence that he meets and befriends Mooncake. Gary discovers that an evil creature called Lord Commander is looking for Mooncake. Along with a group of robots loyal to them and Galaxy One’s computer H.U.E., Gary and Mooncake go on an adventure to find out the meaning of ‘Final Space’ and to save the universe from Lord Commander.

If you enjoyed watching this series and are looking for more such intriguing animated shows, then you have come to the right place. Here’s the list of best shows similar to ‘Final Space’ that are our recommendations. You can watch several of these series like ‘Final Space’ on Netflix, Hulu or Amazon Prime. 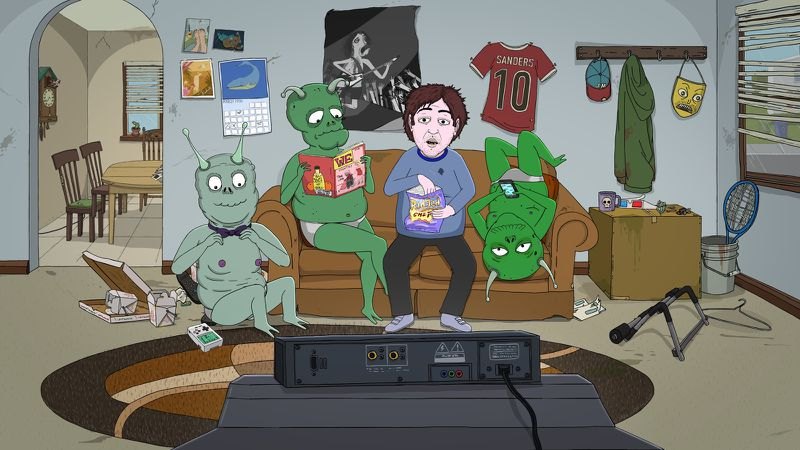 ‘Jeff And Some Aliens’ is an animated sitcom which aired on Comedy Central for one season. The series is basically about three aliens who have come to the earth to test and understand how human beings function. For this, they need the most average human being. So they select a person named Jeff for the purpose. Jeff lives in a small one-bedroom apartment which he begins sharing with these three aliens called Sammy, Jimmy, and Ted. In every episode, Jeff falls in one trouble or another, and these aliens use their special instruments to try and solve his problems. However, they end up causing more problems than they actually solve. The show initially began as a small sketch within the series ‘Triptank’ and then ended up as a series itself. Despite positive critical ratings, the show got canceled only after the first season. 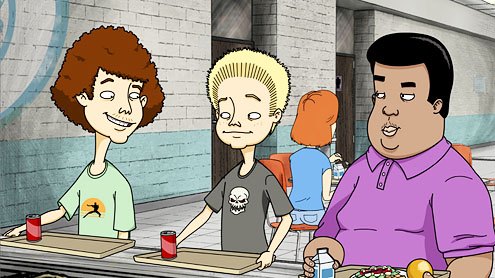 ‘Unsupervised’ is an FX original show which centers around the lives of two young boys. The series is created by David Hornsby, who has also written most of the episodes of the show. The two boys who are the central characters of the story are called Gary and Joel. They are 15 years old and live their lives all alone without the help of adults to get by. Both these kids have unstable conditions at home, especially Gary, whose stepmother is the only family he has. But she is a pothead who hardly pays any attention to her son. However, both Gary and Joel always strive to grow up to be good human beings and this becomes the crux of the show. ‘Unsupervised’ is similar to ‘Final Space’s’ Gary, who also tries to do good and save the universe despite hardly having any idea how to do so. 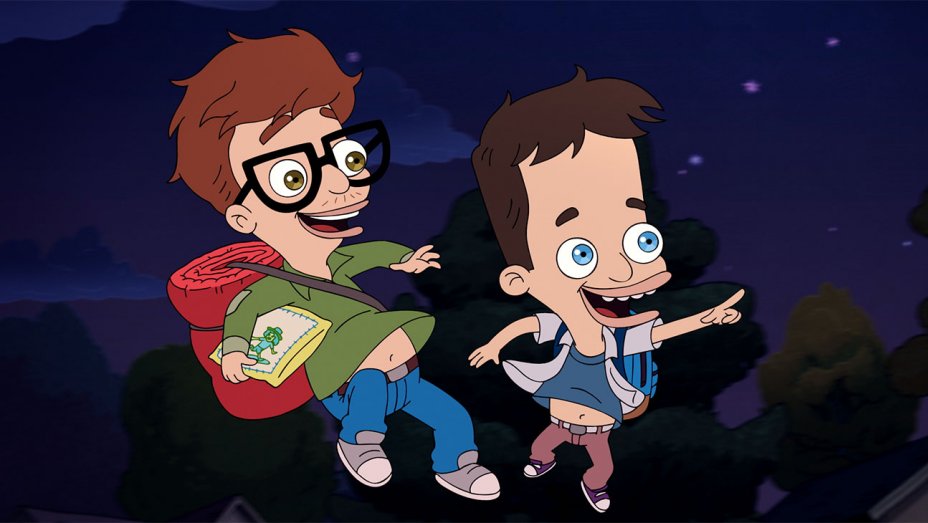 Netflix has come up as the strongest player when it comes to animated sitcoms after coming out with shows like ‘BoJack Horseman’ and ‘Disenchantment’. ‘Big Mouth’ is the other Netflix animated sitcom that has proved to be a hit among the audience. Nick Kroll, Andrew Goldberg, Mark Levin, and Jennifer Flackett are the creators of the series. The teenagers whom we see in the show are all inspired by real-life people whom Kroll and Goldberg had met as they were growing up in Westchester County, New York.

The two leading characters of the show, Nick Birch and Andrew Glouberman (notice the similarity in names) are also based on the two co-creators themselves. The series centers around a group of adolescents who are going through a sexual awakening, which is pretty common in their age. Moreover, there are shoulder angels who keep advising them to go forward and experiment with their curiosities. In their town, the kids even meet the ghost of the Duke of Ellington and a living version of the Statue Of Liberty who also has a French accent. The series received loud critical acclaim for its humor and its unique concept. 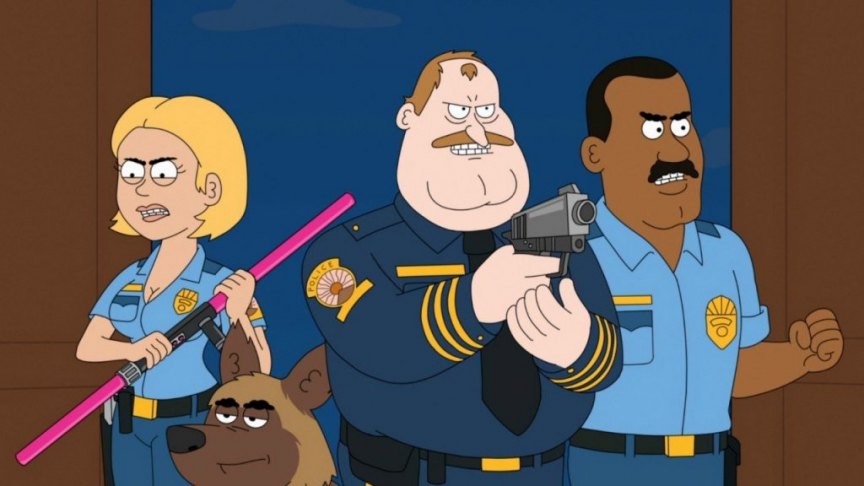 Another Netflix original animated sitcom, ‘Paradise P.D.’ is created by Waco O’Guin and Roger Black. The story of this series is based in a small town and revolves around the police department of the town. All the policemen working in the department are extremely inept at their jobs and can hardly do anything right. The Chief of the police department is Chief Randall Crawford. He was a fine police officer until one day he lost both his testicles in an accident. Since that day, Chief Crawford has become very bitter with life. This incident also caused him to divorce his wife and lead a life of solitude. Crawford’s son Kevin is another officer in the same department. The internal relationships between the police officers of the department become a major source of the series’ humor. 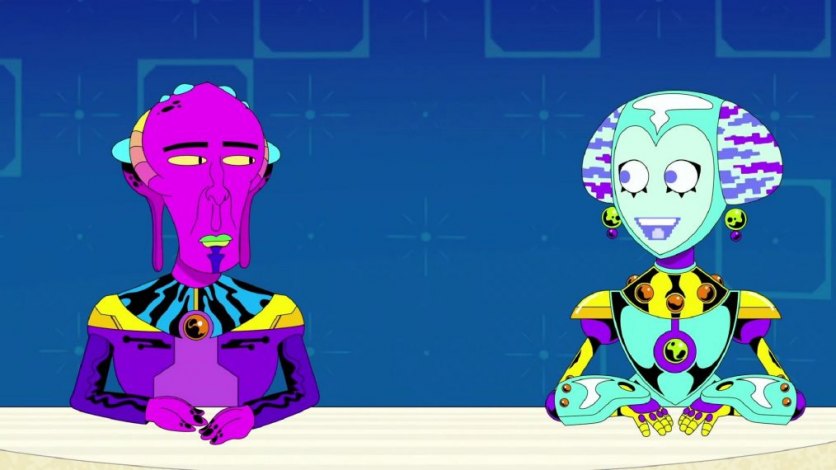 ‘Alien News Desk’ is a sitcom which premiered on Syfy in February 2019. The show features two news anchors who read news regarding outer planets and aliens with straight faces but laced with the right dosage of humor. The two anchors of the show are Drexx and Tuva. Besides talking about aliens, they also indulge in discussions about earthly matters like the Pope, the famous cartoon character Popeye, the Academy Awards, and so on. When talking about news involving aliens, the reports range from floating prisons spotted in space to the discovery of a human-like species which they call bodybuilders. The concept of the show is rather unique and unlike anything we have ever seen before. 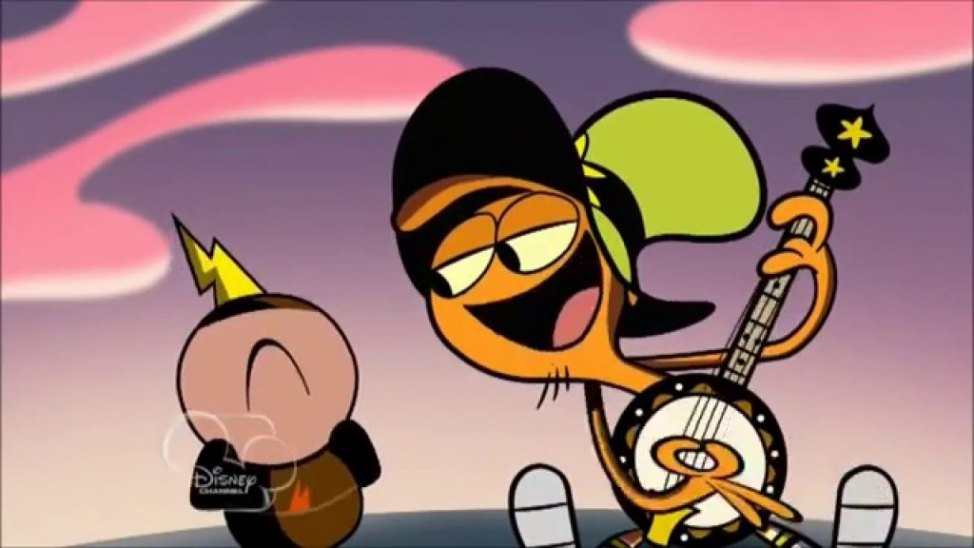 ‘Wander Over Yonder’ is created by Craig McCracken for Disney XD channel. McCracken is the creator of the iconic show ‘Powerpuff Girls’. The story follows Wander, who is a traveler moving from one place to another, along with his friend Sylvia. They move from one planet to another, living a carefree life, and always try to help the people they meet. Lord Hater is the major antagonist of the series. He is a very powerful entity and has an army called the Watchdogs working for him. There is a clear shift in the storytelling method from the first to the second season. In the first season, the episodes are not linked with each other and can be watched separately. However, things change from the second season onwards, where there is a clear narrative that takes the story forward.

‘Counterfeit Cat’ is the story of the adventures of two cats — a normal domestic cat called Max and an alien disguised as a cat called Gark. Being an alien, Gark has unique powers which Max uses for his benefit without worrying much about the consequences. Gark allows Max to do so because he doesn’t realize Max is a mere cat. He thinks that because Max is slightly bigger in size than him, Max is a tiger, which Gark has always thought of as the bravest among all species on earth. Critics have also considered the show to be unique and it has been highly rated in several reviews. 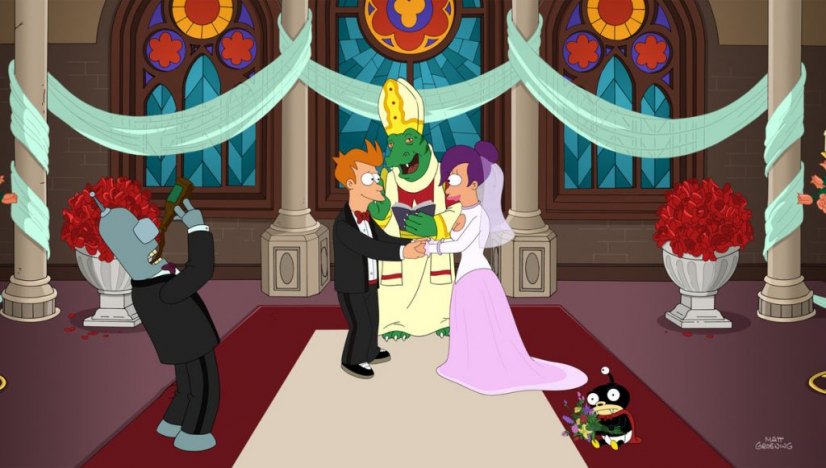 Matt Groening, the creator of shows like ‘Disenchantment’ and ‘The Simpsons’, is the brain behind ‘Futurama’. This is a show about a young pizza delivery boy who has landed in the year 2999. The name of this boy is  Philip J. Fry. He unintentionally fell into a cryogenic pod and managed to wake up after one thousand years. He takes up a job with the interplanetary delivery system created by the company Planet Express Ship. Philip also develops romantic feelings for the captain of the Planet Express ship, Turanga Leela. The show started in 1999 and ran till 2003 on Fox, after which it was canceled and later picked up by Comedy Central in 2008. Religion is one of the major themes of the series. The humor can be classified as sometimes slapstick, sometimes surreal comedy, and self-deprecating black comedy in some other parts. The show received seven Annie Awards and six Emmy Awards during its run.