10 TV Shows You Must Watch if You Love Forensic Files

Crime investigation is a rather painstaking process. Investigators have to look into all angles of the crime, interrogate in certain ways which make suspects reveal things they would not have revealed otherwise, and also carry out detailed scientific investigations of the crime scenes. However, what the police or the FBI does to solve a crime remains a mystery for us, until we get into the world of fictional TV shows. Things have changed around the block quite recently. With Netflix, Oxygen, and others venturing heavily into true crime shows, it is slowly becoming clear to us how true crimes are solved by the authorities. One such show that reveals the importance of forensics in solving crimes is ‘Forensic Files’. The TLC original series reveals to us how important forensics are in trying to determine criminals.

Forensic scientists do not make headlines in newspapers, and thus always remain behind the scenes. However, their merits need our due respect. This series opens our eyes to their importance in the crime-solving machinery. The series immediately became popular after its release in 1996 and ran for a total of 14 seasons in total. If you have already watched ‘Forensic Files’ and are looking for similar shows, then we’re here to help. Here’s the list of best shows similar to ‘Forensic Files’ that are our recommendations. You can watch several of these series like ‘Forensic Files’ on Netflix, Hulu or Amazon Prime. 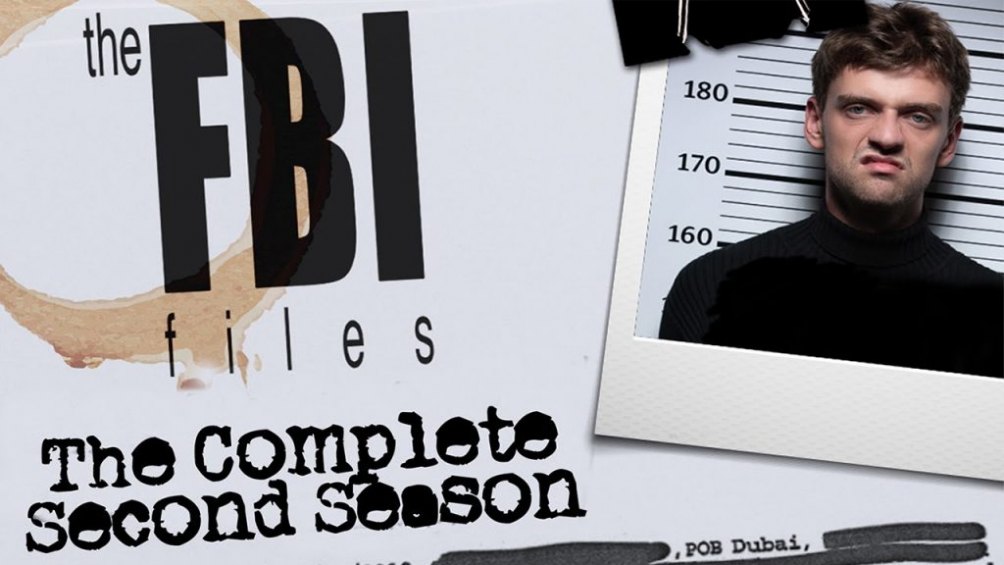 It goes without saying that the most dangerous domestic crime cases in America are looked into by the Federal Bureau of Investigation. However, how they manage to solve their cases always remains shrouded in mystery. But the Discovery Channel original series ‘The FBI Files’ documents their cases with the help of dramatizations and interviews with investigators and forensic experts, and explains in quite clear terms the amount of work the FBI puts in to keep America safe every day. Some of the most famous cases documented in this series include the Unabomber case, the World Trade Center Bombing, the Sara Tokars murder case, and others. The range of crimes the FBI tackles is quite baffling. From terrorist attacks to murders to kidnapping, nothing remains beyond their grasp. 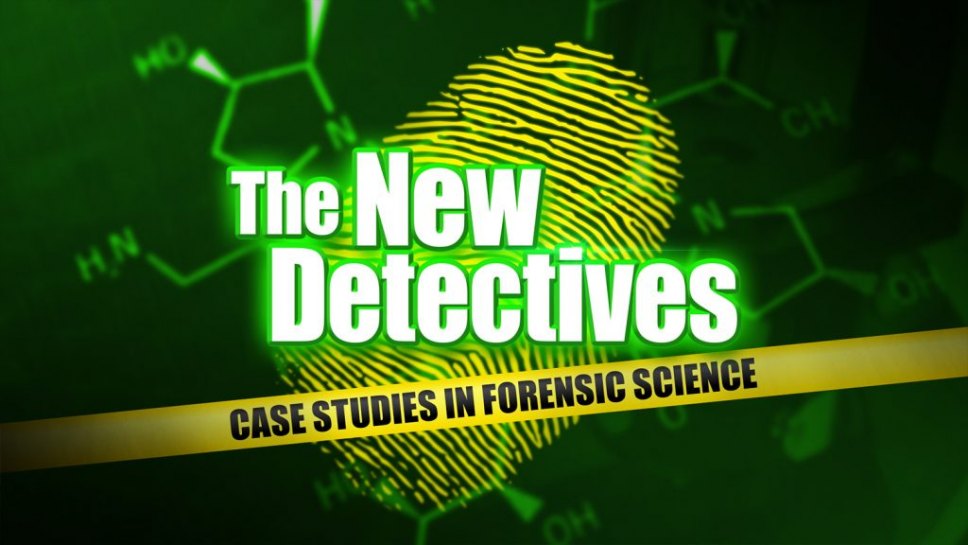 If you want to watch a show dedicated especially to the forensics involved in solving murder cases, this is the series you should opt for. ‘The New Detectives’ depicts the use of forensic science in solving murder cases in North America. However, the series is based on those cases where the police have been able to nail down the perpetrators without the help of the FBI. Despite the lack of the resources which the FBI possesses, these police departments have been able to solve some of the most shocking murder cases in American history. 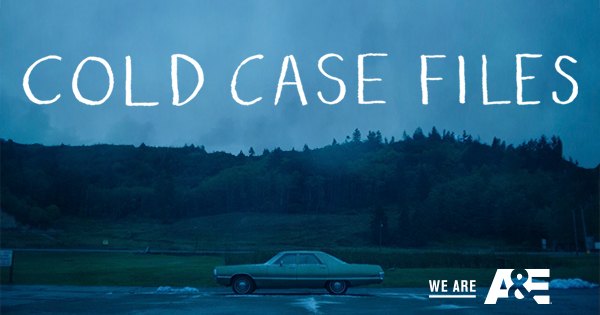 It cannot be denied that the development of forensic science has thrown open doors which investigators otherwise did not even know existed. This A&E series documents those cases which were considered unsolved and shelved completely, but then were cracked with the help of forensics. It is just unbelievable how a scientific development has helped put numerous criminals behind the bars, who were otherwise roaming the world freely. The series explains the importance of DNA techniques and criminal psychology in getting to the bottom of otherwise unsolvable cases.

Forensics and investigations require a lot of scientific studies into murders. But who is the person who makes us feel safe right before we go to bed? The patrolling policeman, right? And do you want to know how these policemen operate to keep your neighborhood safe despite facing severe lack of resources? Well, ‘Cops’ is the show which has been honoring these brave men and women since 1989. The series focuses on policemen doing their duty, as they patrol, investigate, and carry out other police activities. This show brings you right into the middle of the action, and gives you a first-hand experience on how difficult the policeman’s job actually is. The popularity of the series has not just remained confined to the United States, but has also spread far and wide, spawning remakes in several other countries. 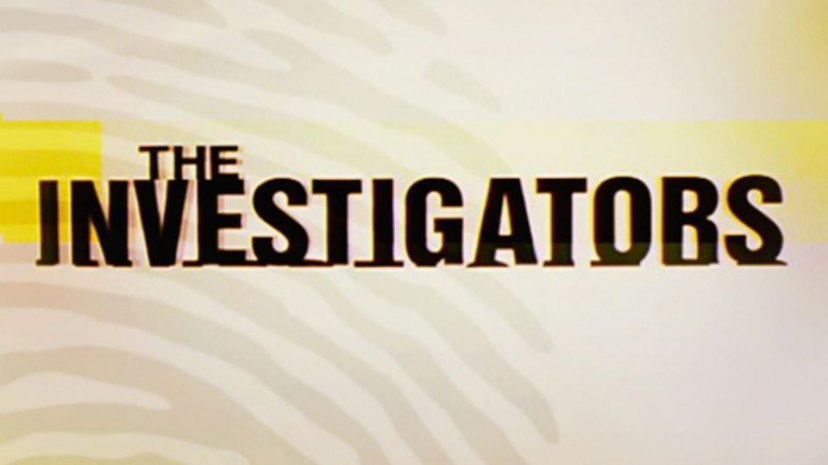 The American legal and judicial system is a very complicated affair, and if you want a guide on how each case is solved and the victims ultimately punished, ‘The Investigators’ is the show you should ideally opt for. The series conducts extensive interviews with people involved in solved murder cases. These people may include prosecutors, investigators, and of course, family members. Reenactments of certain important aspects of the case in question also make it clear to the viewer how things actually went down in the first place. The long process of justice is rather tenacious and time-consuming. This show gives you an idea of the many stumbling blocks that need to be passed before justice can finally be served. 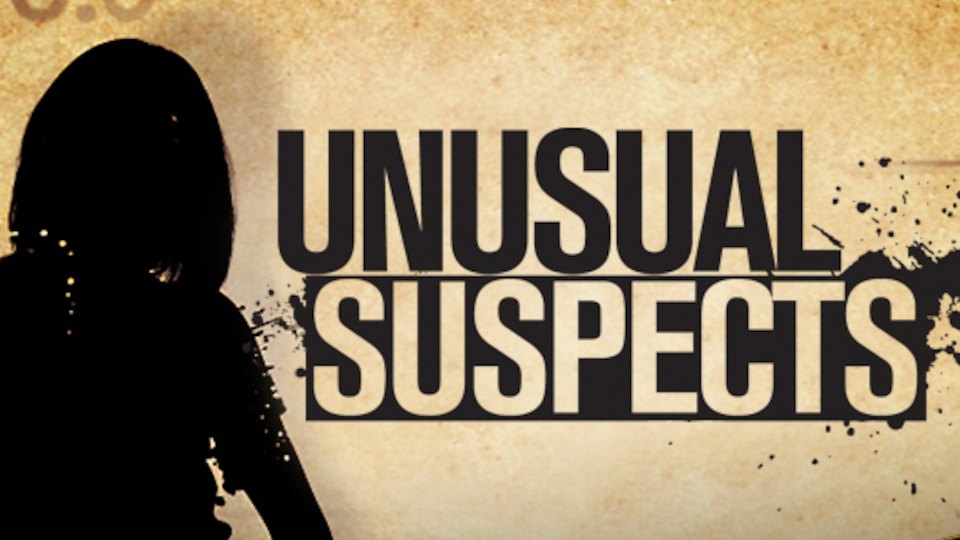 ‘Unusual Suspects’ documents some of the most challenging murder cases in the history of America. There is sometimes a tendency to generalize one’s perceptions and not to probe further into problems. However, this way of thinking can never be applied to murder cases, and the many cases documented in this series are a testament to that. These are cases where the most unassuming people turn out to be the ones with the most sinister desires and cruel intentions. The show will leave you absolutely puzzled and in confusion regarding the dualities that tend to exist in human beings. Each episode documents one such case and takes us through the entire process of how the perpetrator was caught by the authorities. Even the trials which ended up punishing these people are explained in ‘Unusual Suspects’. 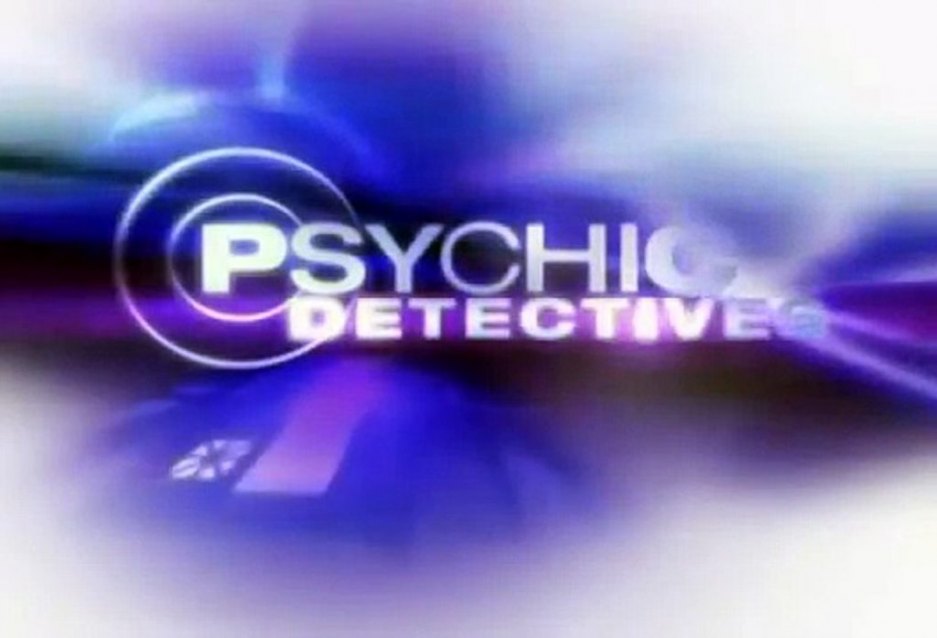 Until now, we were talking about the importance of logic, rationality, and science in solving murder cases. Now let us look at something diametrically opposite. ‘Psychic Detectives’ is a series which chronicles the times when policemen actually consulted psychics when all other roads were leading to dead ends. However, the series never claims that the conclusions these psychics came to had any basis in reality or whether they genuinely helped the police in their relentless pursuit of truth. However, the series creates a moody atmosphere and profiles such paranormal psychics who make extraordinary claims about their abilities. 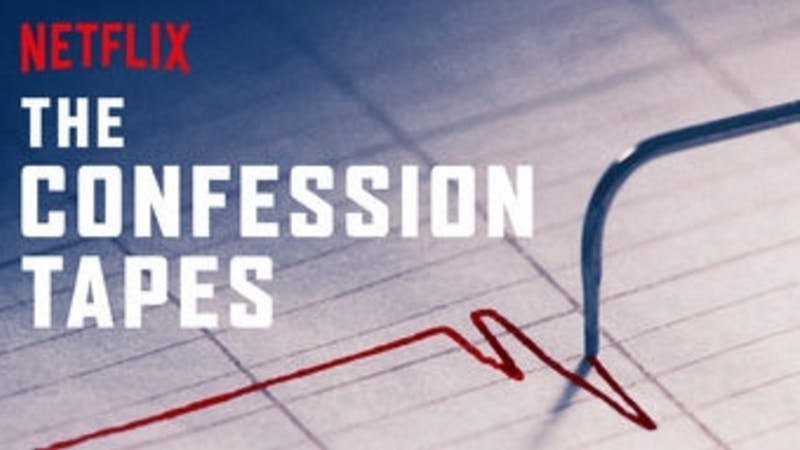 ‘The Confession Tapes‘ is one of the most intriguing true crime shows ever. The series documents cases where certain criminals now behind the bars reveal that they have been forced to confess to crimes they did not even commit. Besides interviews of these criminals, the series also explains how the incidents would have occurred differently if the jailed person’s claims are believed to be true. The series also features interviews of confession experts, investigators, and psychologists in understanding the possibility of all such occurrences. The greatest crime that can be committed to an honest man is taking away his freedom, and if even one of these cases is true, the judicial and investigative systems seriously need to question themselves. 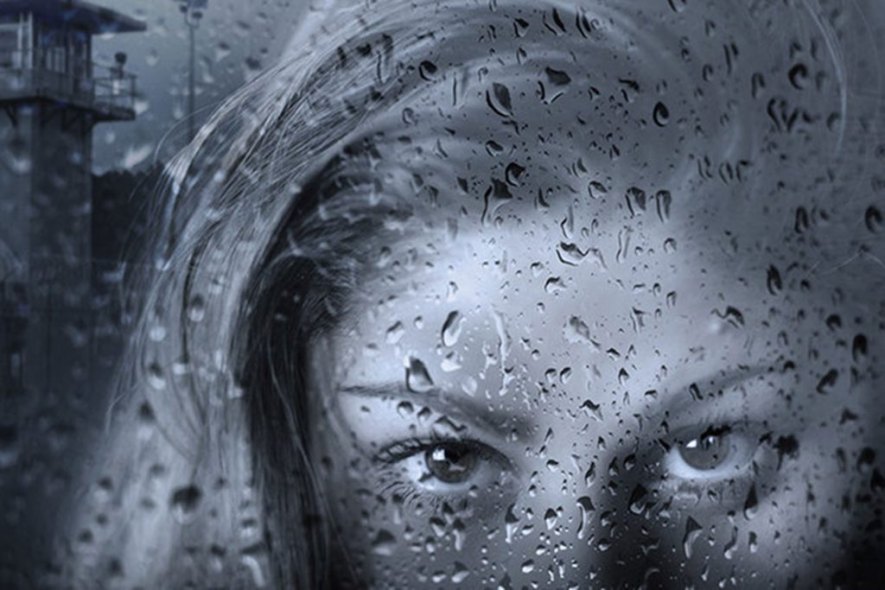 One thing that is observed in true crime shows is that they are highly male-oriented. Thus, to give us a picture of America’s most dangerous female felons, Oxygen came out with ‘Snapped‘ in 2004. The series chronicles accounts of people (mostly women), who have been either accused of murder, suffered jail because of the same, or have even attempted murder. Besides the subject in question, the series also features extensive interviews with investigators and other individuals who have been close to their cases. Jody Flader acts as the narrator of the series. Most of the episodes revolve around cases where these women have been accused of murdering or planning to murder their husbands. 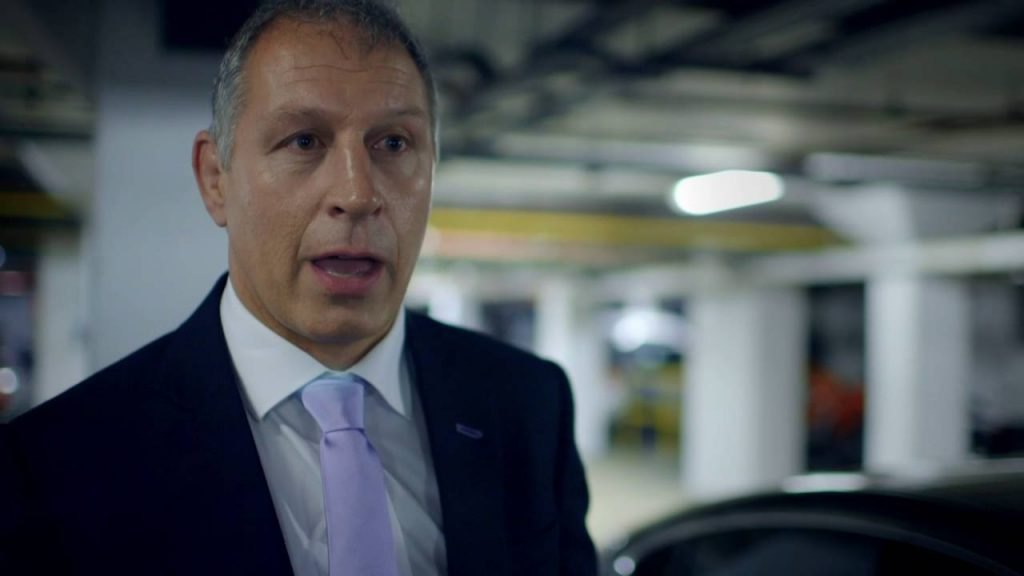 This is one unique show where the presenter himself has been actively involved in solving some of the most shocking crimes in England. Mark Williams-Thomas has had extensive experience as a policeman and thus the way he narrates crime stories presented in ‘The Investigator: A British Crime Story’ becomes much more revealing. The first season of the show focuses on one single murder, that of Carole Packman, and the subsequent seasons focus on multiple crimes spread over a number of episodes. Interestingly, some of the cases discussed here have remained unsolved to this very day.