7 TV Shows You Must Watch if You Love Future Man

The concepts of time travel and extraterrestrial life have always fascinated mankind. Since time immemorial, people have wondered whether it is possible to travel back or forward in time. Many gods in the ancient myths were projected to be out of such earthly realms. So when a show like ‘Future Man’ brings together the concepts of time travel and alien life at the same time, it is bound to intrigue our fantasies.

The series follows the life of a man named Josh Futturman, a janitor who loves playing video games. That is all he does when he is not working. And naturally, spending so many hours playing games has made him quite good at it. His life becomes complicated when he manages to beat a game which no one else in the world has managed to. This win suddenly causes strange men to arrive in his home, claiming they have come from the future. They make the earth vulnerable to alien attacks and it falls upon Josh to help the earth from getting destroyed. Josh has also developed a power to travel through time and he uses this power to help protect the earth.

There have been many TV shows throughout history which have dealt with such stories where an ordinary man has suddenly been thrust upon with great responsibility, or someone has come to the earth from another spacetime zone either to protect or destroy mankind. With that said, here’s the list of best shows similar to ‘Future Man’ that are our recommendations. You can watch several of these series like ‘Future Man’ on Netflix, Hulu or Amazon Prime. 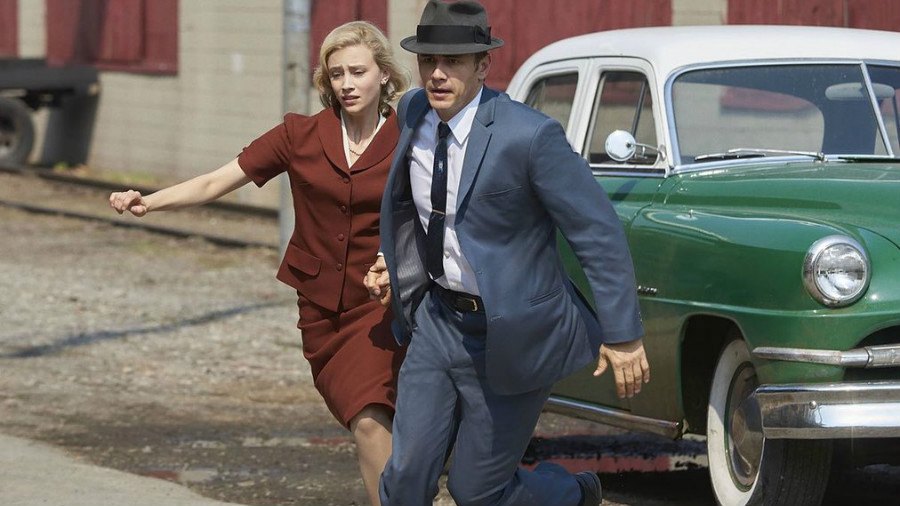 Famous thriller writer Stephen King’s book ’11/22/63′ is the inspiration behind this Hulu original miniseries. James Franco plays the lead character called Jake Epping in the series. When the story begins we see that Epping is an English teacher in Maine, England. He has recently divorced and lives a quiet life all on his own. This peaceful life of Epping’s is encroached upon by his long-term friend Al Templeton (Chris Cooper). Cooper somehow has access to a time machine and gives Epping a chance to rewrite history by going back in time. The history that Epping has to change is the murder of former American president John F. Kennedy.

In the time machine, Epping is sent to Dallas, Texas in 1963. Epping’s initial mission is to just complete his task and return. But he ends up making some connections there and feels attached to that period of time. This naturally complicates the mission and puts Epping’s life in danger. The series was lauded by critics for its acting, presentation, and storytelling. Franco’s performance has also been appreciated by most critics and audiences. GQ magazine said this about Franco’s performance — “What Franco gives is a vanity-free, indulgence-free performance that feels like the work of an Old Hollywood legend. It’s earnest and full-hearted.” The show also managed to win the Saturn Award for Best Television Presentation. 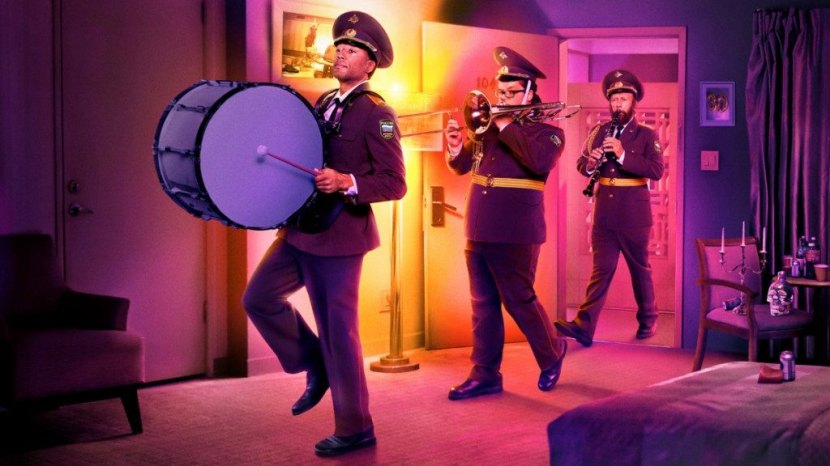 The format of ‘Room 104’ is quite similar to earlier anthology shows like ‘The Twilight Zone’ and ‘The Outer Limits’. This show is centered around a specific room in an American hotel. Each episode tells a different story involving new characters, and the only common thing between them is the room where all of them have stayed at some point of time. In each episode, whoever enters Room 104 experiences bizarre occurrences. These events range from fearful to comical to supernatural. The interesting aspect about the series is that it tries to explore various genres. Sometimes, it feels like a crime drama while at times it tends to take the forms of science fiction, comedy, or horror. Critics have been kind with their reviews for the show. The constant genre shifting and innovative storytelling in the series has been appreciated by many. 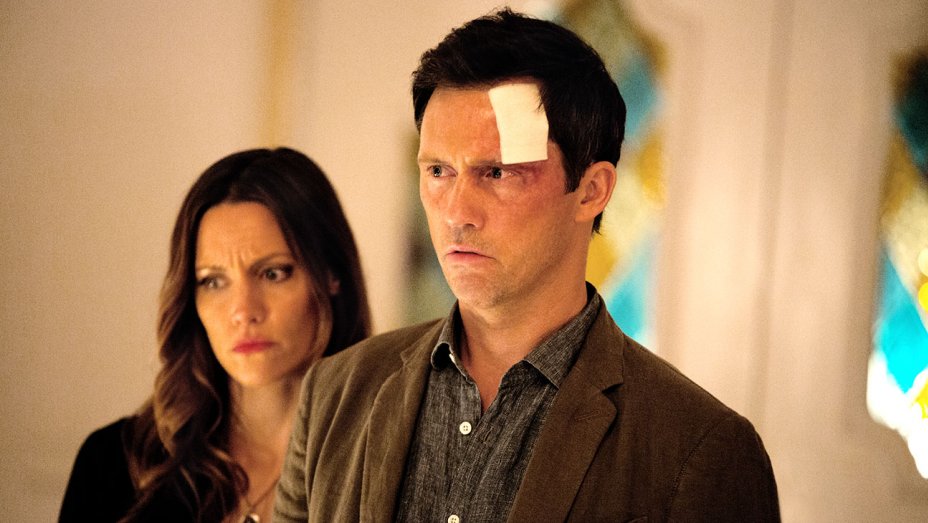 Another original Hulu series, ‘Shut Eye’ is a unique tale about a fortune teller/magician, Charlie, whose life suddenly takes a turn and grants him supernatural powers. He is a part-time fortune teller who has a side job to help pay his bills. Charlie is not at all happy with his life, as he was earlier a very successful magician but had to come under the wing of a powerful criminal group, the Roma family, which controls all the psychic businesses of Los Angeles. Frustrated with this life, Charlie decides to go against the family. But they find this out and severely beat him up. This beating causes injuries to his head and suddenly triggers supernatural abilities in him as he can now see real visions, unlike the tricks he used to apply in his trade earlier.

‘Shut Eye’ garnered much interest after the initial few episodes, but later lost all the momentum. Hulu decided to cancel the show after two seasons. Critics were also displeased with the series, saying that it did start well, but numerous subplots and half-rounded characters of the series make the viewers lose interest. 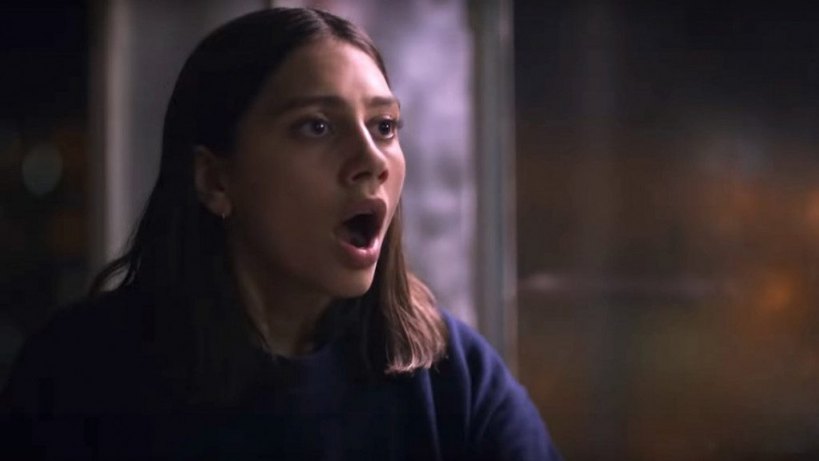 Created by Beau Willimon, ‘The First’ is a science fiction series which premiered on Hulu in September 2014. The show is set in the future, at a time when droughts are rampant across the world and there are hundreds of thousands of climate change refugees looking for shelter. The show details the first manned expedition to Mars in order to find resources to sustain the earth. Five astronauts have been chosen for the mission — Tom Hagerty, Kayla Price, Sadie Hewitt, Aiko Hakari, and Nick Fletcher. Though these people are being sent to Mars, they very well know that it will not be a safe journey because astronauts of an earlier mission had been killed on the Red Planet. The character of Hagerty is played by Sean Penn, and he is the central character of the story. The series is a moody, atmosphere-based drama, but hardly reaches the level of science fiction films like ‘Solaris’, which it aspires to. Critics have shown mixed reactions towards the series and Hulu canceled it after the first season itself. 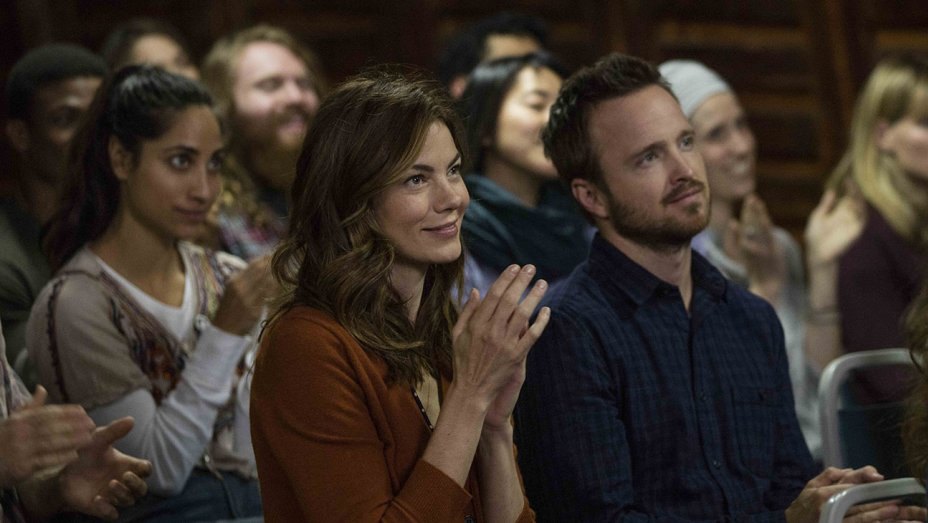 Religious cult practices have always been a thing of interest for many. And if you wish to watch a show on the growth and formation of a cult, ‘The Path’ is the right choice to make. The lead character of the series is called Eddie Lane, and we see that he has converted to a cult religious practice called Meyerism. This cult is founded and led by a person called Stephen Meyer, who claims to have climbed a ladder of light to bring true knowledge to the world straight from heaven.

The ideas of Meyerism are similar to those of Scientology, Freemasonry, shamanism, mysticism, and others. It involves meditation and the uses of substances to attain spiritual upliftment. Though devoted at first, Eddie sees a vision which makes him question the faith. His wife, Sarah, is also a Meyerist, but comes to know of her husband’s growing lack of faith. This tests her faith, and Sarah falls into a dilemma: whether to support her husband or to stay true to her beliefs. The character of Eddie Lane is deftly played by the talented Aaron Paul. The first two seasons of the series have mostly garnered positive reactions from critics. 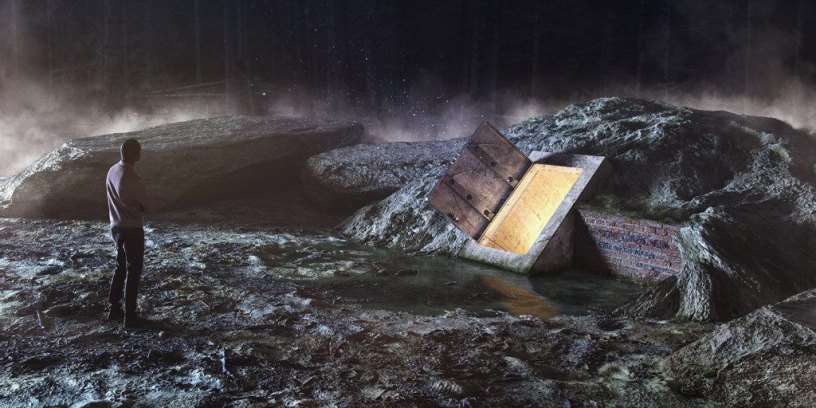 ‘Dark’ is Netflix’s first German-language show. Created by Baran bo Odar and Jantje Friese, the series is set in a bleak German town called Widen. The story connects the dark secret of four families — the Kahnwalds, Nielsens, Dopplers, and Tiedemanns who are living in the town and are connected by a special phenomenon. It is later revealed that below the nuclear power plant close to the town, a portal has opened mysteriously, which acts as a time machine. It is using this time machine that the story shifts to the past, to the years 1986 and 1953, and connects events from those eras to the present time period. The series has been acclaimed for its powerful performances and intense writing. The mood that the show creates is masterfully maintained throughout. The first season of the show consists of 10 episodes, and a second season was commissioned by Netflix in 2018. 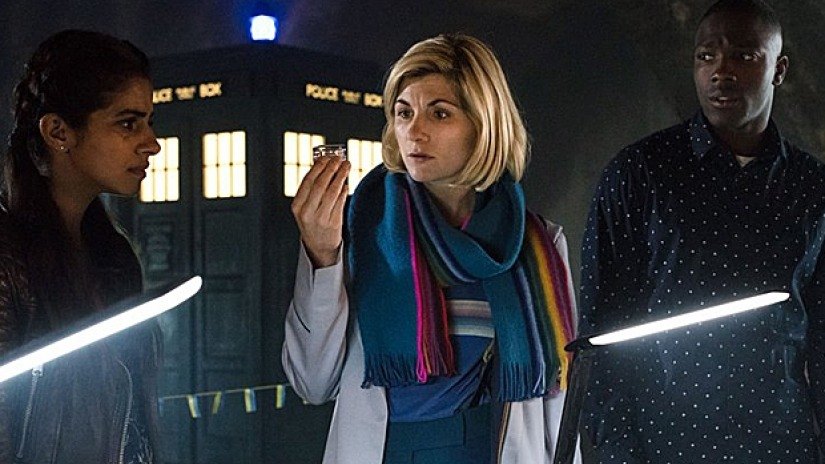 If we are to name five television shows which have been the most influential in the history of television, ‘Doctor Who’ will surely be one of them. In this series, the character of Doctor Who is a Time Lord. A Time Lord is an extraterrestrial being whose concept of time, unlike human beings, is nonlinear. He can travel back and forth in time using a special machine called a TARDIS (Time and Relative Dimension in Space). The Doctor travels to many places throughout the universe and helps protect innocent people from cruel aliens and other threats. Doctor Who also admires the planet earth and has vowed to keep it safe.

‘Doctor Who’ is among the shows that has had the greatest influence on western pop culture. A total of 13 actors have portrayed the eponymous character till date. Jodie Whittaker is currently serving as Doctor Who and she is the first female to be cast in the role. The series has also spawned spin-off dramas and films.