10 TV Shows You Must Watch if You Love Happy! 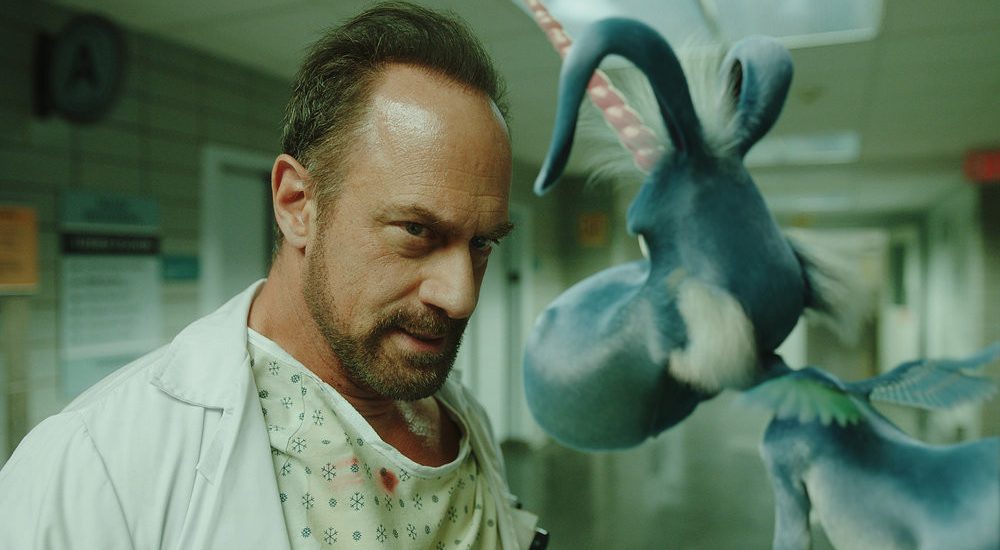 ‘Happy!’ is a live action-cum-animated black-comedy drama that is adapted from the four-part comic series of the same title, written by Grant Morrison and illustrated by Darick Robertson. It debuted on SyFy on January 29, 2018. The story revolves around a former investigator and cop named Nick Sax, who now leads a life of seclusion and wastes his time drinking, whoring, and doing drugs. He also works as a hitman and during one of his outings, he suffers from a massive heart attack.

During his time at the hospital, Darick meets Happy, a lively, blue-winged, small and animated unicorn, which seemingly, only he can see. Happy tells him that he is actually the imaginary friend of Hailey, a little girl who is abducted by an evil Santa. Happy also informs him that Hailey is his estranged daughter and he should become the heroic officer that she had always wanted him to be. Nick agrees to help Happy rescue Hailey and they both set out on a journey, fraught with enemies, angry mobsters, ex-mistresses, ex-wives, and a sinister villain.

Combining humor and a lot of violence in its story-telling, ‘Happy!’ makes for a gritty, entertaining watch. If you’re looking for shows that explore similar themes and ideas, then you have come to the right place. Here’s the list of best shows similar to ‘Happy!’ that are our recommendations. You can watch several of these series like ‘Happy!’ on Netflix, Hulu or Amazon Prime. 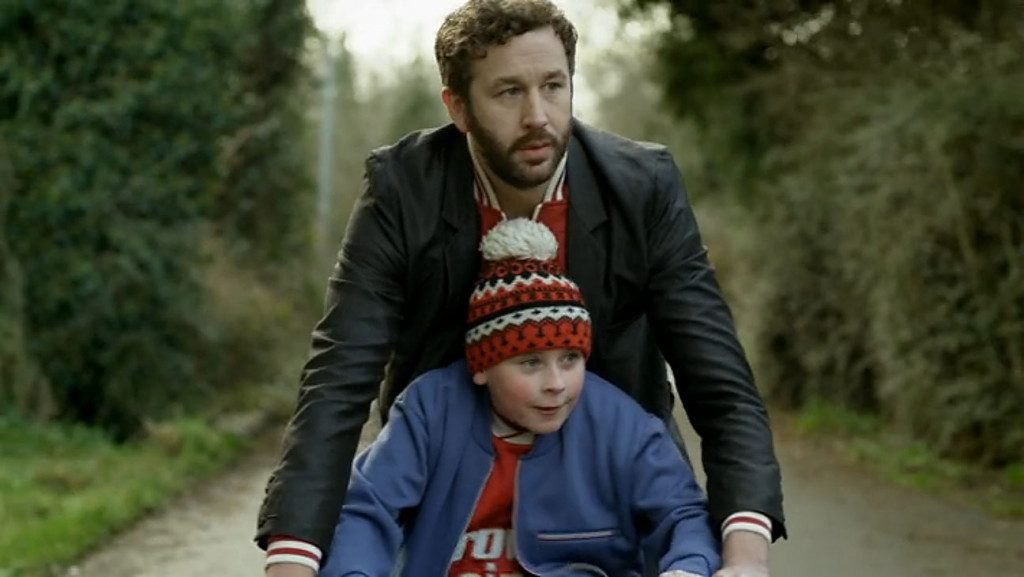 12-year-old Martin Paul Kenny Dalglish Moone has an imaginary friend named Seán Murphy. Moone, who lives in Boyle and is the youngest child of his family, holds a different outlook towards life. His unique perspectives give him the ability to create childish drawings, in which the characters often become alive and dissolve into a world of animation. Moone also comes up with ridiculous schemes, much against the approval of his imaginary buddy. However, Sean is the one who helps him navigate through his life amidst the large, scattered, and chaotic family. Created by Chris O’Dowd, ‘Moone Boy’ is co-written by Nick Vincent Murphy and was developed as a semi-biography, based on O’Dowd’s childhood days. 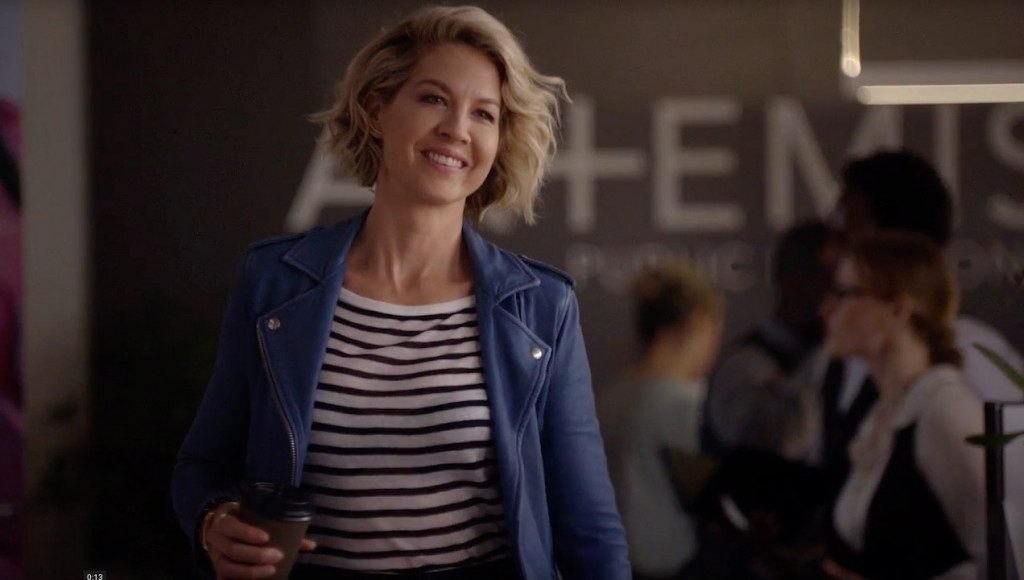 ‘Imaginary Mary’ is a humorous, fantasy situational comedy that aired on ABC from March 29 to May 30, 2017. Created and executive produced by Adam F. Goldberg, David Guarascio, and Patrick Osborne, the series revolves around Alice, a public relations executive in a relationship with a single father of three kids. However, when her imaginary friend from childhood, Mary, reappears, Alice needs to figure out if the advice offered to her by Mary are meant to guide or misguide her. 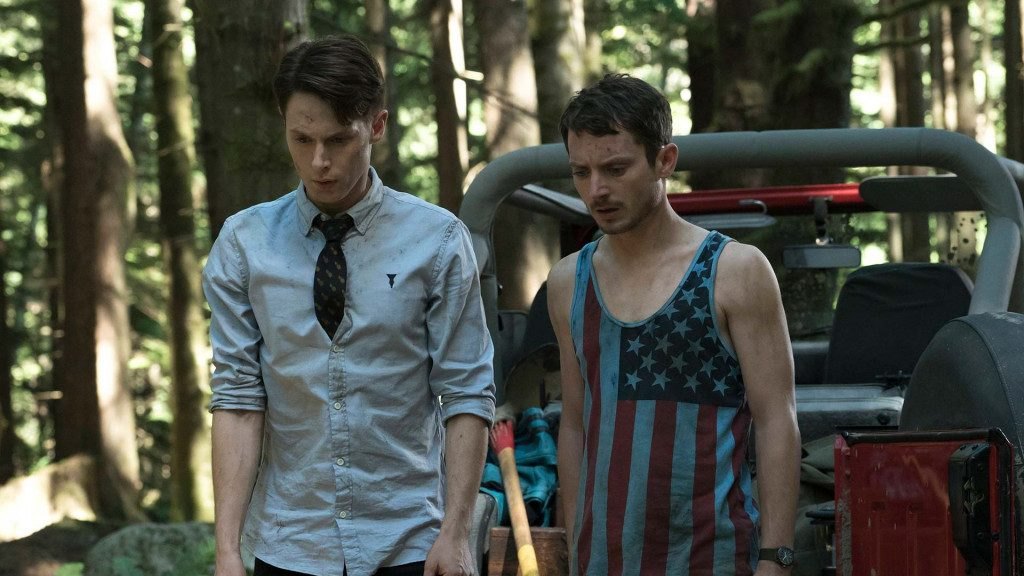 ‘Dirk Gently’s Holistic Detective Agency’ is a dark comedy-cum-sci-fi detective drama, created and written by Max Landis. The show is based on the novel series of the same name by Douglas Adams. This Netflix Original stars Samuel Barnett and Elijah Wood as the protagonists. Other actors starring in prominent roles include Hannah Marks, Jade Eshete, Fiona Dourif, and Mpho Koaho. The show chronicles the adventures of the eccentric detective Dirk Gently, who is especially drawn to twisted, obscure cases. In his quests, he is accompanied by his sidekick Todd Brotzman and Farah Black. 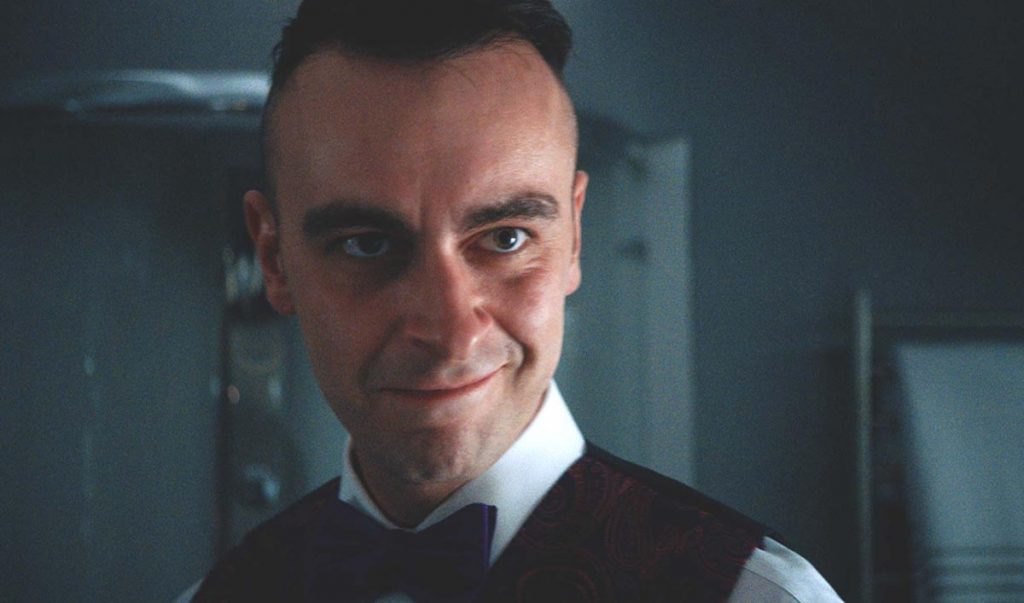 Developed by Sam Catlin, Evan Goldberg, and Seth Rogen, ‘Preacher’ stars Dominic Cooper, Joseph Gilgun and Ruth Negga in major roles. It is based on the DC comic book series of the same name, created by Garth Ennis and Steve Dillon. The show first debuted on September 9, 2015 and it revolves around the heavy drinker and chain smoker, Jesse Custer. When Jesse faces a life-changing crisis, he gets endowed with extraordinary power. In order to understand what his new abilities mean and what his role is in society, he embarks on a quest to search for God, accompanied by his ex Tulip and vampire Cassidy. 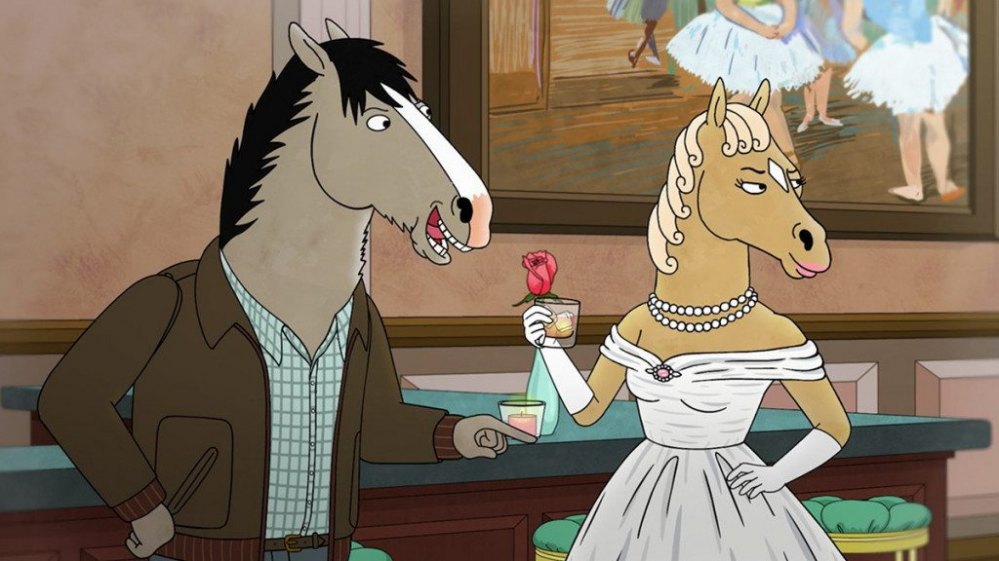 Created by Raphael Bob-Waksberg, ‘BoJack Horseman’ is an adult animated comedy drama that debuted on Netflix on August 22, 2014. Set in Hollywood, this series takes us to an alternate dimension where humans and anthropomorphic animals live together. Here, we get introduced to BoJack Horseman, a former star from the 1990s sitcom named ‘Horsin’ Around’, who is now out of the limelight. However, he wants to return to stardom by releasing his autobiography. In his journey, he is often pestered by the demands of his agent and his complicated relationship with his girlfriend Princess Carolyn. Other characters who make appearances in his life are his freeloader  roommate Todd Chavez and his foe-friend, Mr. Peanutbutter. 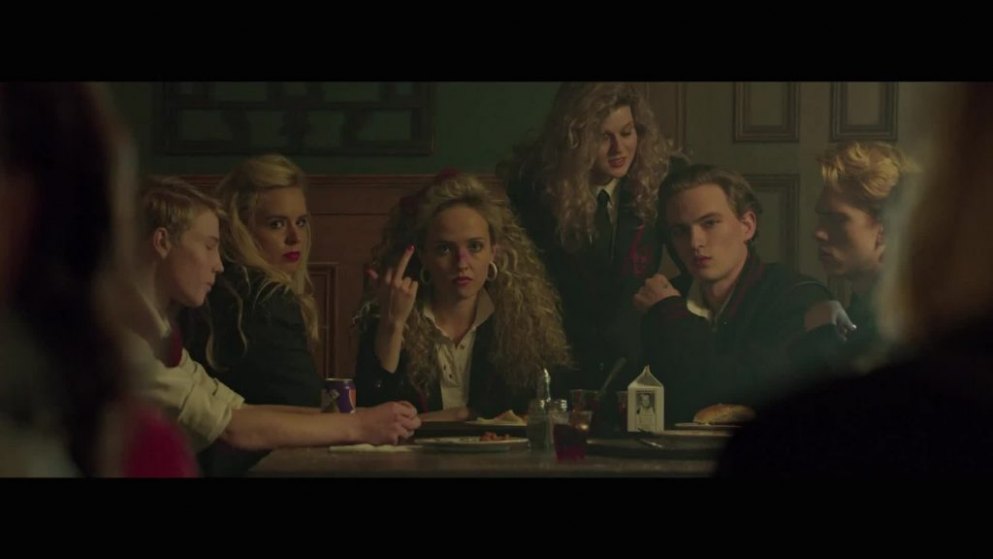 ‘Deadly Class’, developed by Rick Remender and Miles Orion Feldsott, is an adaptation of the comic book series of the same title, created by Remender and Wesley Craig. Starring Benedict Wong, Benjamin Wadsworth, Lana Condor, María Gabriela de Faría, Luke Tennie, Liam James and Michel Duval in major roles, the show takes us to the 80s in a fictional training academy called King’s Dominion, where students are groomed to become assassins. When a homeless, disillusioned teen gets admitted into the institute, he has to struggle between his moral values and the grueling curriculum while adapting to an elite environment dominated by the next generations of the leading, deadly crime families. 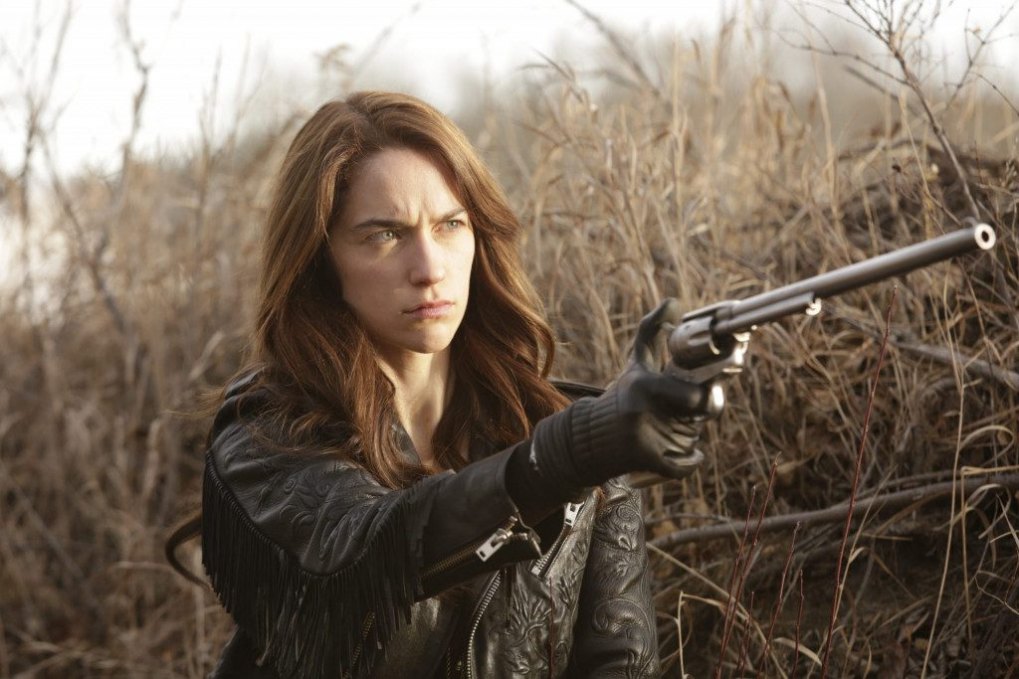 ‘Wynonna Earp’, based on the comic book series by Beau Smith, is a supernatural horror drama that stars Melanie Scrofano, who plays the character of Wynonna Earp, in the lead role. It debuted on April 1, 2016 on SyFy and revolves around Wynonna, who is the great-great-granddaughter of Wyatt Earp. She is given the responsibility of battling ‘Revenants’, the reincarnated outlaws that Wyatt had previously destroyed and killed. She also needs to fight other sinister forces that often threaten her hometown. Featuring a lot of gore and blood, this series simply deserves a mention if you loved the violent, horrific elements of ‘Happy!’. 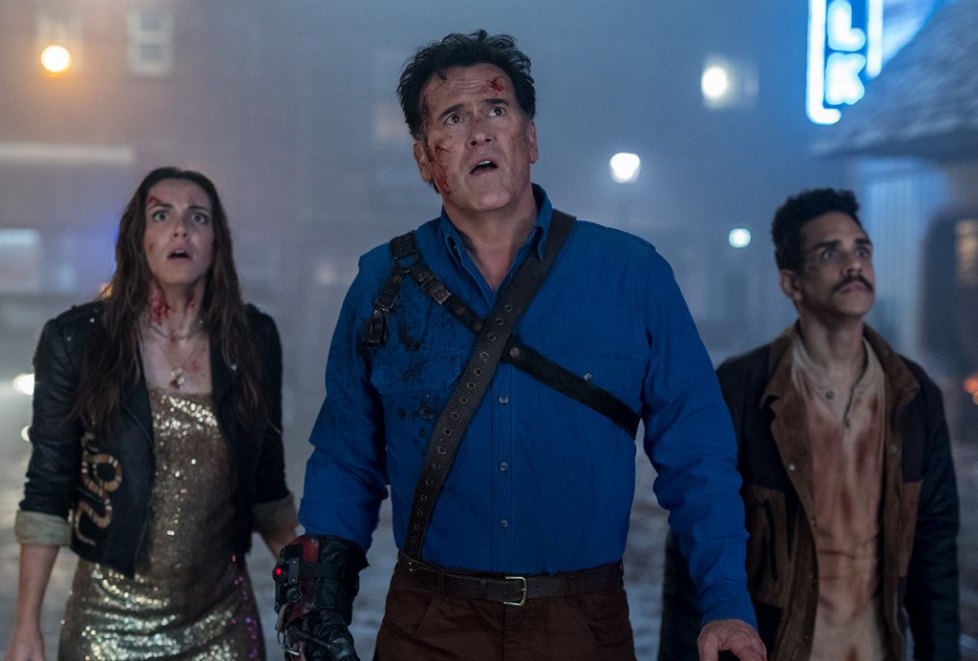 ‘Ash vs Evil Dead’ is one show that closely resembles ‘Happy!’ in several aspects. This comedy horror drama, developed by Sam Raimi, Ivan Raimi, and Tom Spezialy, takes you to the ‘Evil Dead’ universe and transports you to a time period three decades after the events depicted in the ‘Evil Dead’ films franchise. The series is created as a sequel to the original story where Ash Williams is now employed at the “Value Stop” as a regular stock boy. However, he is soon forced to abandon his normal life and fight the Evil Dead in order to save humanity, along with his friend Pablo and lover Kelly. 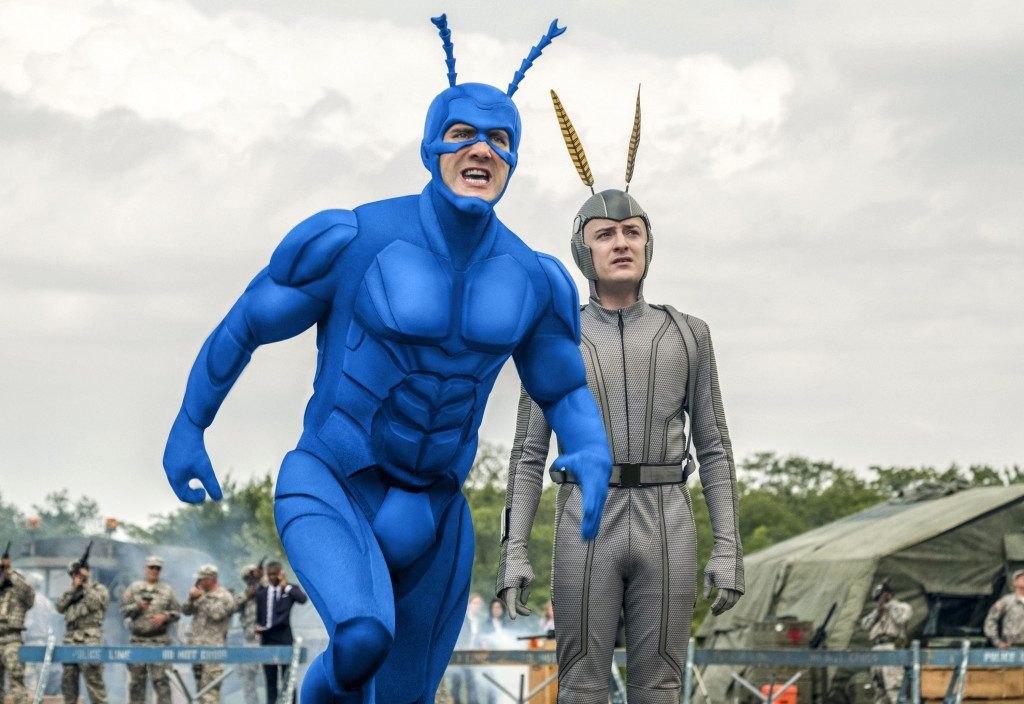 ‘The Tick’, which is based on a comic book character of the same name, first debuted on August 18, 2016. The story revolves around a superhero named Tick who wears a blue tick suit and helps save the city from evil threats, while tackling criminals in the underworld. In his quests, he is accompanied by his calm, meek, and nervous sidekick, Arthur. As the series unfolds, ‘The Tick’ discovers that a supervillain called “The Terror” who was supposedly dead may still be alive and controlling the activities of the underworld. 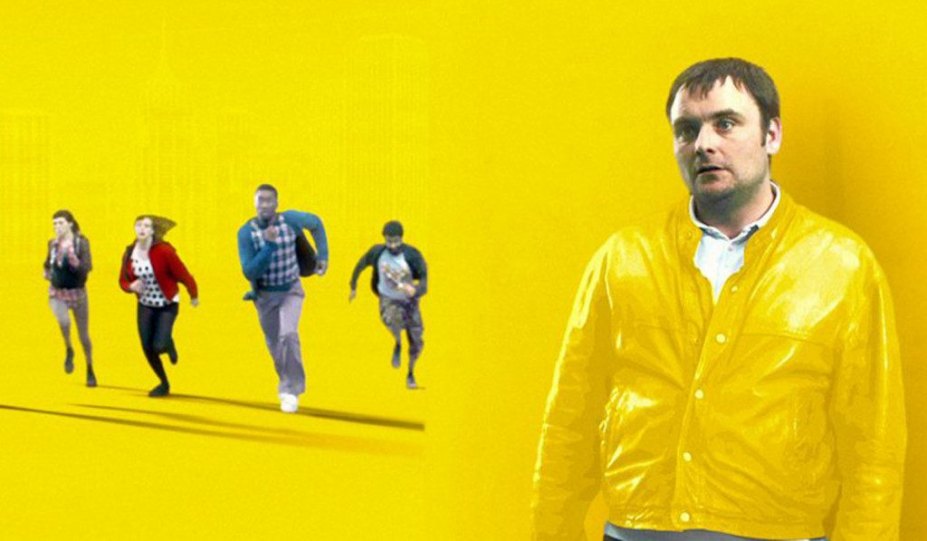 Written by Dennis Kelly and starring Fiona O’Shaughnessy, Adeel Akhtar, Paul Higgins, Nathan Stewart-Jarrett, Alexandra Roach, Oliver Woollford, Alistair Petrie and Neil Maskell in major roles, ‘Utopia’ is an action-thriller drama that aired on Channel 4 from 5th January 2013 to 12th August 2014. The story is about a graphic novel titled The Utopia Experiments. This particular book had predicted some devastating catastrophes in the past. And there also seems to be a sequel of this novel which contains vital information related to humanity’s survival. Now, many groups are looking for this unpublished manuscript in order to steal its data and use them for their own crooked plans.