On paper, ‘Kingdom’, Netflix’s first venture into making a Korean drama, sounds like an assortment of clichés from both sides of the Pacific. A zombie action-drama set in the Joseon period, it revolves around Crown Prince Lee Chang (Ju Ji-hoon), who comes to realize that his dangerous political enemies have inadvertently unleashed an unprecedented disease that turns people into rabid cannibalistic monsters. Now, he must team up with a gifted female physician’s assistant (Bae Doona) and an enigmatic tiger hunter (Kim Sung-kyu) to save his beloved land and its people from complete annihilation. It is the exquisite and perfect assemblage of those clichés that makes ‘Kingdom’ such a great watch.

Directed by Kim Seong-hun and based on the webcomic series ‘The Kingdom of the Gods’ by Kim Eun-hee and Yang Kyung-il, the show is an exhilarating ride filled with nail-biting suspense, innovative action sequences, and superlative performances from all members of the cast. Here are seven shows similar to Kingdom. You can watch most of these shows like Kingdom on Netflix, Hulu, or Amazon Prime. 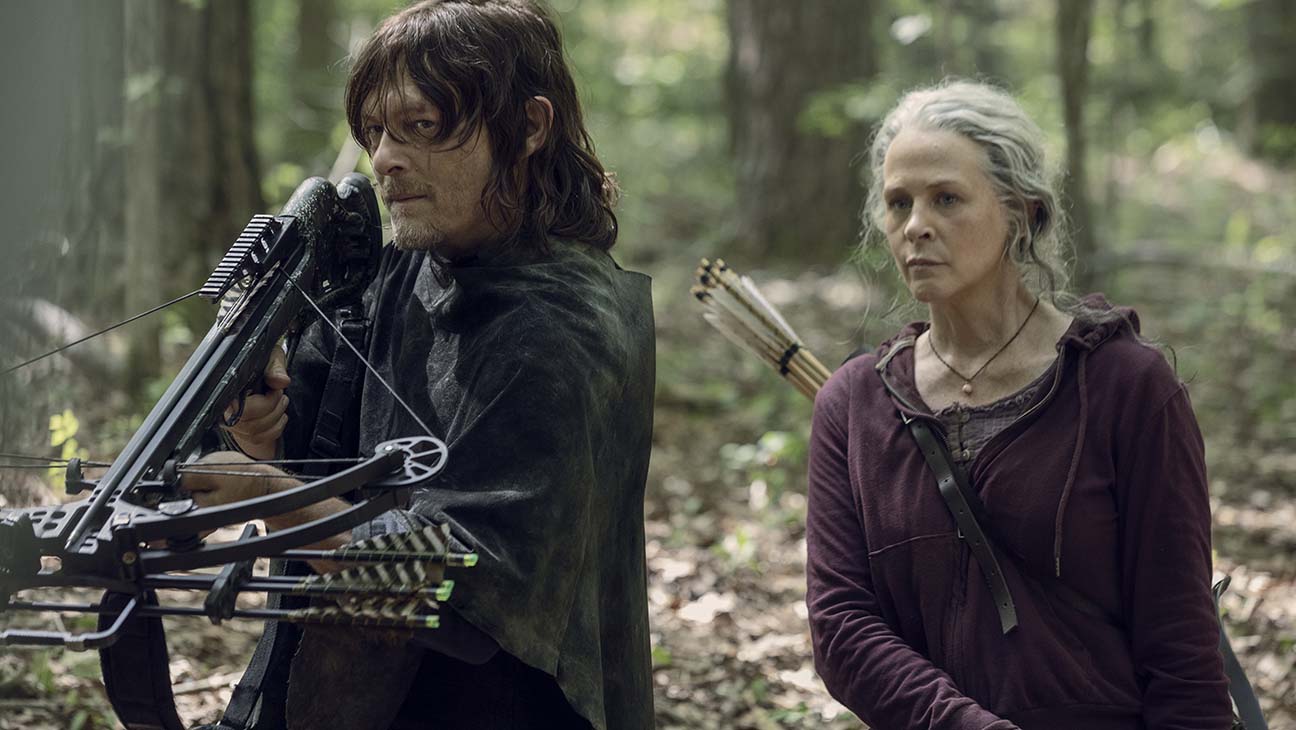 Like ‘Kingdom’, AMC’s ‘The Walking Dead’ originated from comic books. Developed by Frank Darabont, this post-apocalyptic horror TV show is based on a series by Robert Kirkman, Tony Moore, and Charlie Adlard. It follows a large group of survivors, led by a former sheriff’s deputy named Rick Grimes (Andrew Lincoln), as they try to adapt to a world that has completely changed with the emergence of “Walkers” or zombies. However, the dangers they face are not just from the undead, but other survivors as well. With the total deconstruction of the human society and the moral and administrative authorities that held it together, men and women have gone back to their tribalistic nature, creating small, warring communities with often contradictory laws and morals. 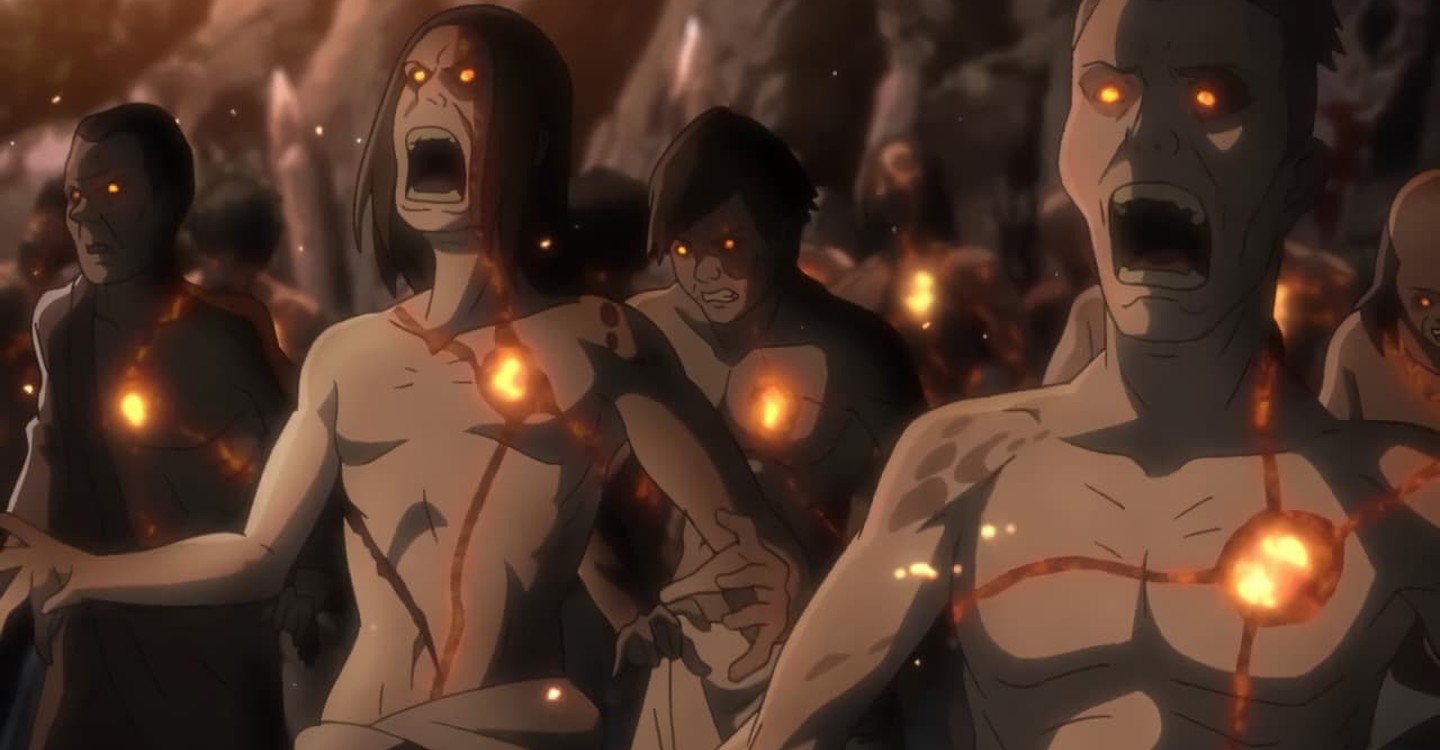 Produced by Wit Studio, ‘Kabaneri of the Iron Fortress’ is a part-steampunk and part-dystopian anime. At the height of the industrial revolution, a mysterious virus starts transforming people into Kabane, zombies with a layer of iron surrounding their glowing golden heart, which makes them hard to kill. The series protagonist, Ikoma, after being bitten by a kabana, manages to stop the virus from infecting his brain and turns into a kabaneri instead, a hybrid of both human and kabana. With the help of Mumei, who is also a kabaneri, he tries to protect the people close to him and find a cure for the infection. 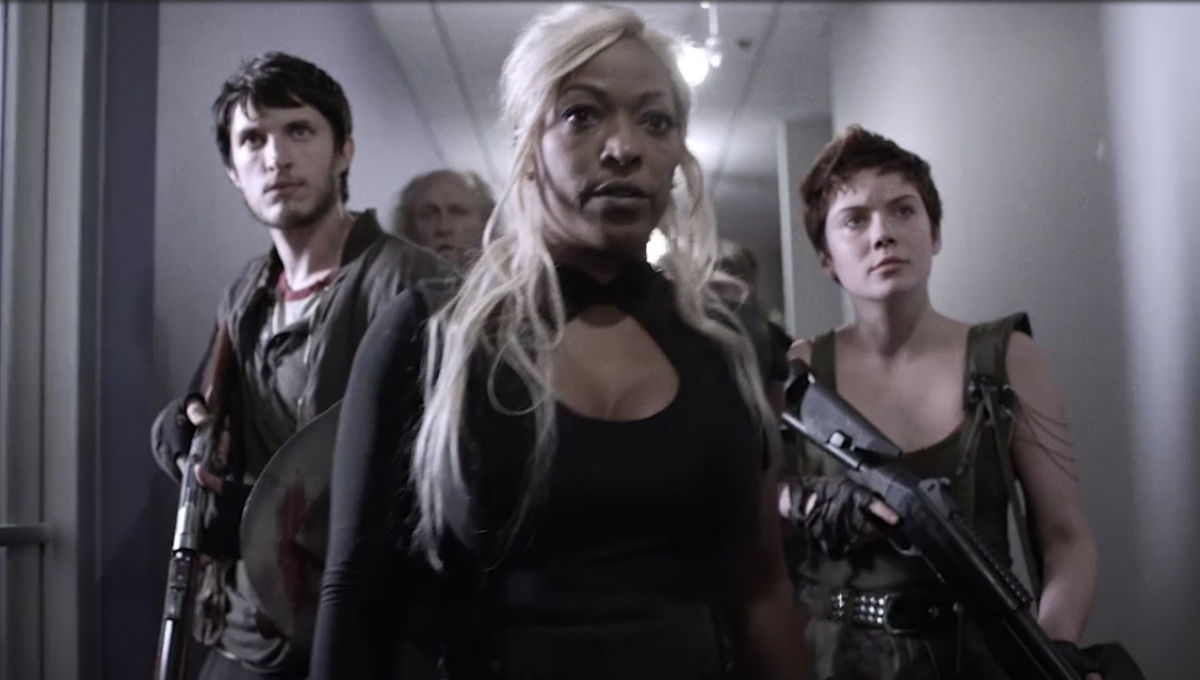 Syfy’s ‘Z Nation’ is predominantly set in a world that has already undergone the zombie apocalypse. It revolves around a group of people who more or less know how to survive in their new world. Their main objective is to get Alvin Murphy (Keith Allan) to a government’s laboratory in California because he has shown immunity to the ZN1 virus. Like ‘Kingdom’ and the other entries on this list, ‘Z Nation’ can be bleak and drastically nihilistic. However, the prevalent theme is always hope, which is quite common in zombie subgenre. 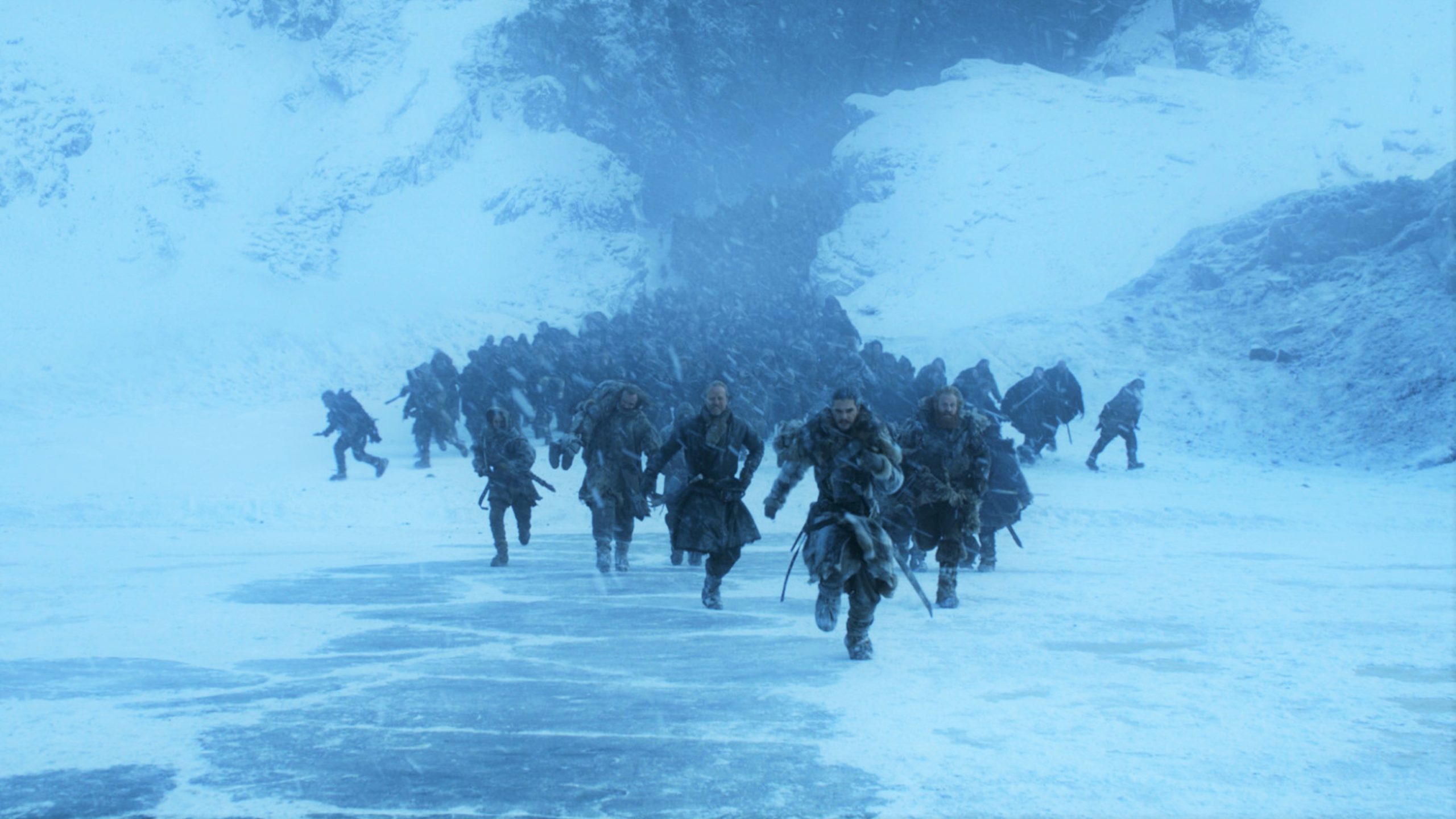 HBO’s ‘Game of Thrones’ is based on George R. R. Martin’s epic fantasy book series ‘A Song of Ice and Fire’. There is a multitude of concurrent plots in the show. However, one of the most important ones revolves around the undead army from beyond the Wall, a colossal structure expanding 100 leagues (300 miles). Led by their White Walker masters, these zombies from frozen wasteland are set to invade the realm of man. ‘Game of Thrones’ and ‘Kingdom’ have so many thematic similarities, from the impending apocalypse to political intrigues, that many have dubbed the latter as the ideal successor of the former. 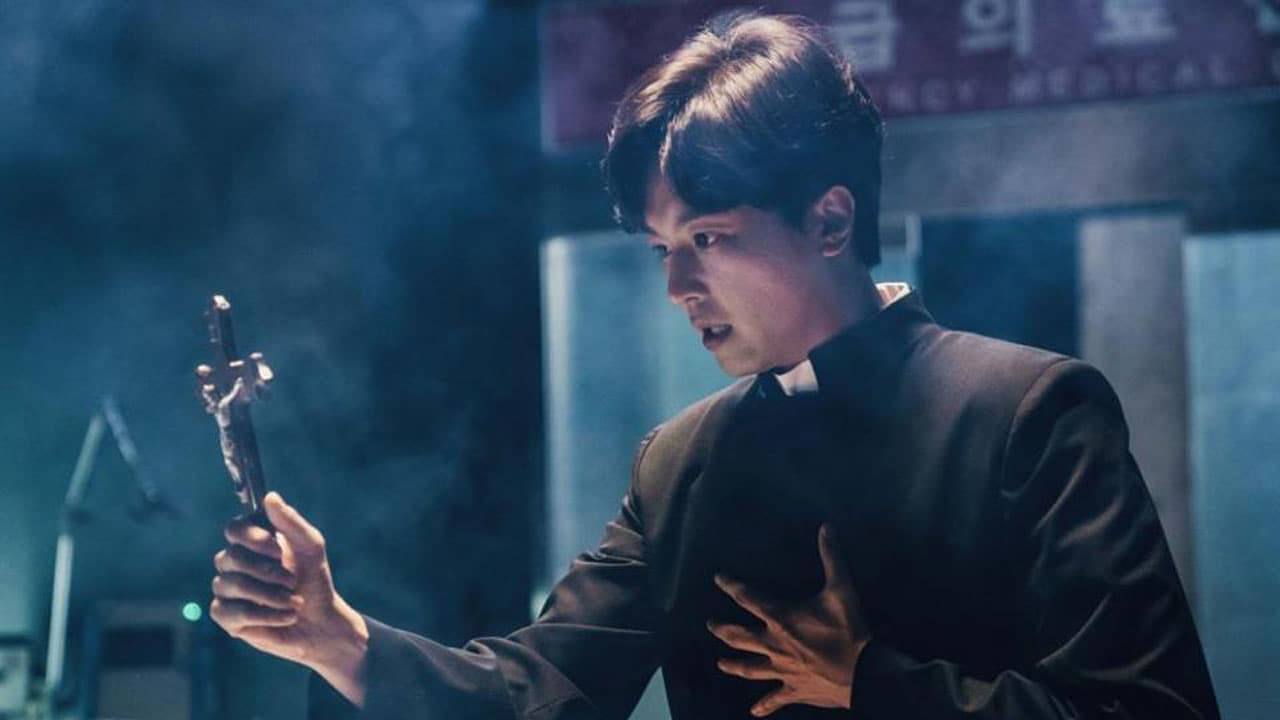 ‘Priest’ is a little-known gem of a Korean drama that was originally broadcast on OCN. It depicts the lives of medical professionals and exorcists as they join forces to keep people safe at a Catholic hospital. Created by Studio Dragon, the show stars Yeon Woo-jin as a young and conscientious priest and Jeong Yu-mi as a doctor who doesn’t believe in the higher power anymore. Both ‘kingdom’ and ‘Priest’ are centered around supernatural concepts and can be dark and gritty at times. 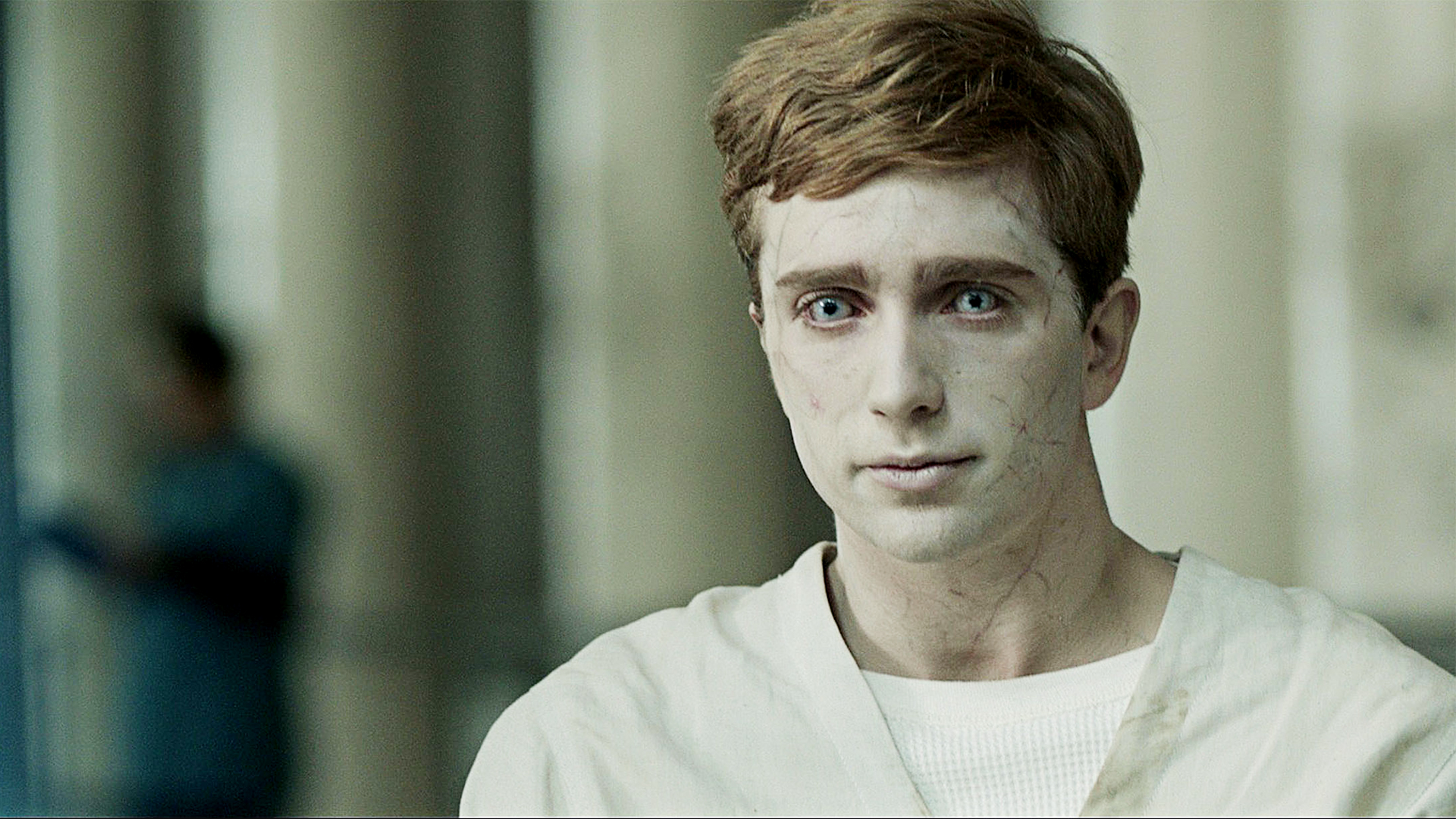 This BBC supernatural drama series gets a mention on this list because of its unique take on the zombie subgenre. It tells the story of teenager Kieren Walker (Luke Newberry), who used to be a rabid zombie before undergoing rehabilitation. He moves back with his parents in his fictional home-village of Roarton, Lancashire. This is set in a world that has triumphed over the zombie apocalypse. Not only many people have made it through the harrowing time alive but also scientists have found a way to cure the undead. In ‘Kingdom’, Crown Prince Lee Chang himself gets bitten but ultimately survives with his consciousness intact. 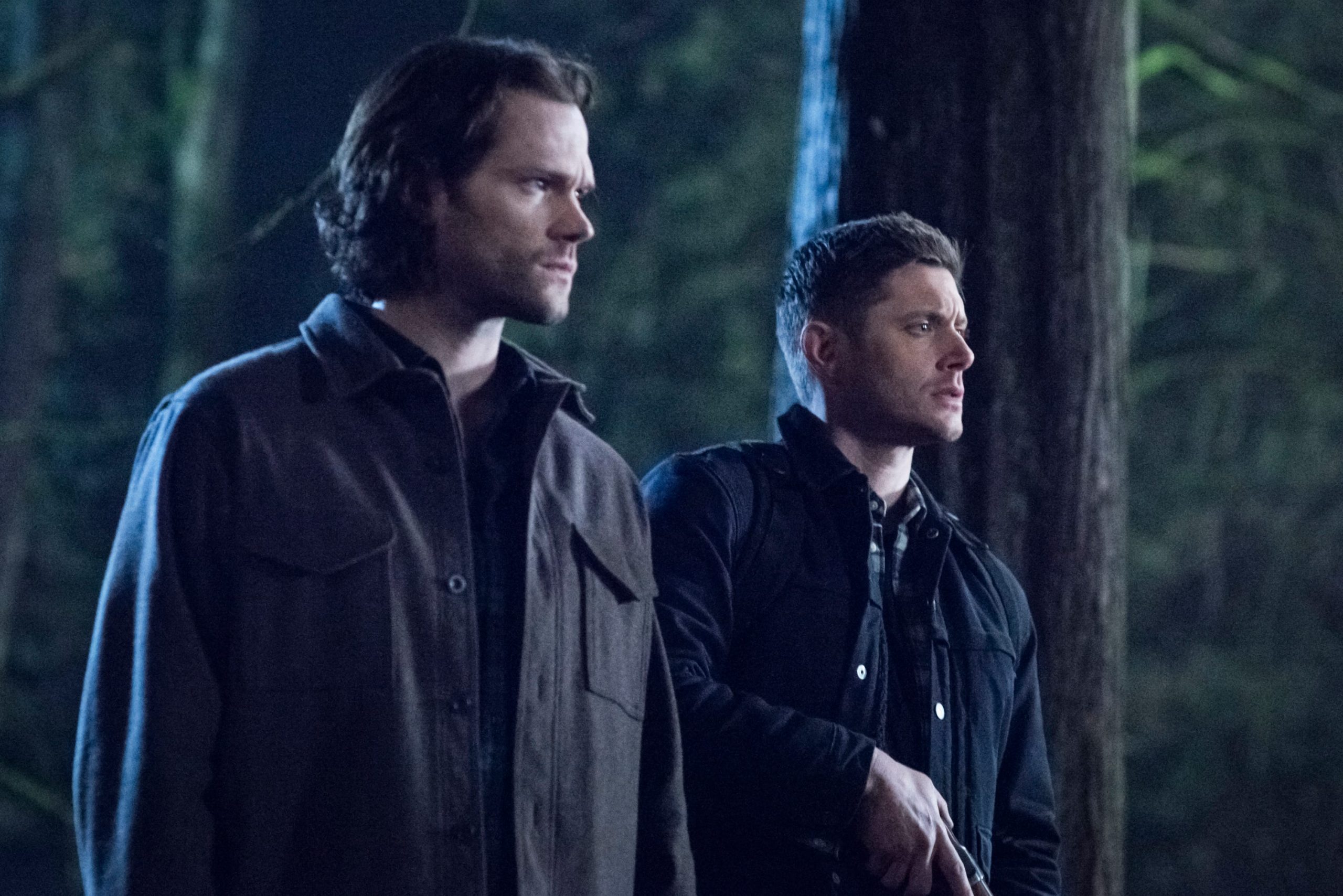 CW’s ‘Supernatural’ is the definitive show about monsters and skilled individuals who hunt them. It is about the Winchester brothers, who, following the footsteps of their father, become hunters of the things that go bump in the night. If you are interested in the monster-hunting aspect of ‘Kingdom’, this is the show for you. There are 15 seasons, so don’t forget to keep yourself hydrated while binging it.