8 TV Shows You Must Watch if You Love Knightfall 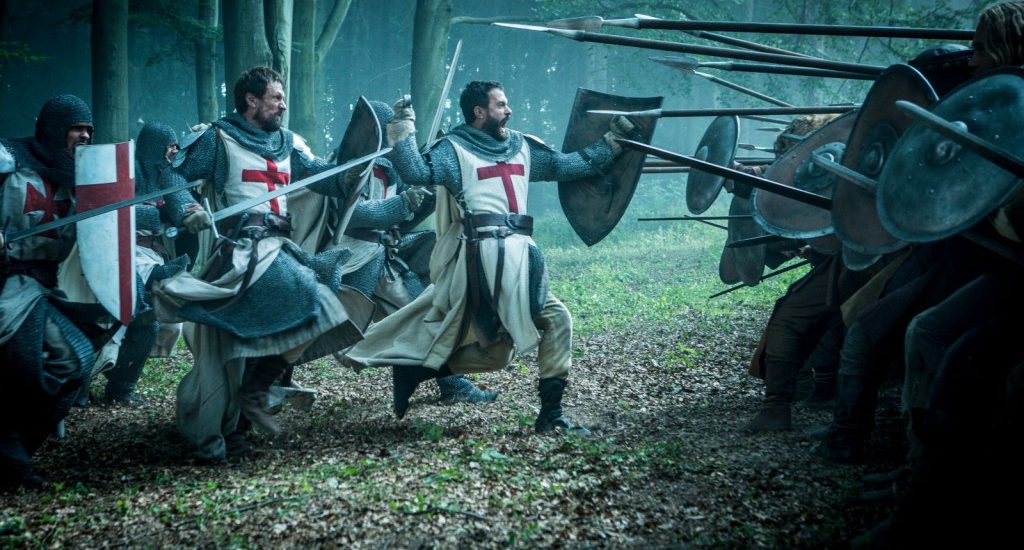 ‘Knightfall‘ is a historical period drama about the Christian organization called the Knights Templar. Set in the year 1306, the show takes a look at the Templars as they slowly lose the dominance they once had in the Christian world. One of their very own bastions, Acre, is also not under their control anymore. Moreover, rumor has it that Acre is the place where the Holy Grail can be found. Under the leadership of Templar Knight Landry, the Knights decide to go to war to take back what they consider the holy land, and this war is the one we now know as the Crusades.

Landry du Lauzon is the lead character of the show. He was trained by the Templar Godfrey who made him into a respectable fighter monk. After Godfrey is killed, Landry becomes the master of the Paris Temple. When investigations reveal that the Holy Grail is in France, he launches an expedition to look for the Grail. In France, Landry also makes a new enemy in the form of the French King.

If you are one of those people who admire the show’s rich artistic value and thematic ambitions and are looking for something tonally and stylistically similar to the series, then you have come to the right place. Here’s the list of best shows similar to ‘Knightfall’ that are our recommendations. You can watch several of these series like ‘Knightfall’ on Netflix, Hulu or Amazon Prime. 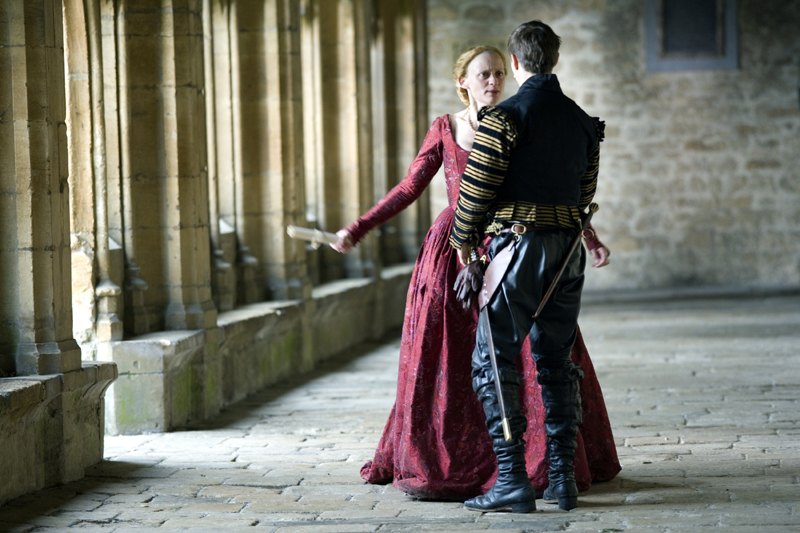 Depicting the life of one of the strongest rulers in English history, ‘Elizabeth I’ was released as a dramatized four-part BBC miniseries. Anne-Marie Duff plays the role of Queen Elizabeth I. This four-part miniseries chronicles her life from her childhood to the day she breathed her last. Elizabeth also took a vow of chastity which she upheld throughout her life. She did develop romantic feelings for Robert Dudley, 1st Earl of Leicester (Tom Hardy), but rejected him when Robert proposed to her after the death of his wife. In the show, we also see how Elizabeth’s army defeats the Spanish Armada, and how under her rule, England is transformed from a Catholic to a Protestant state. 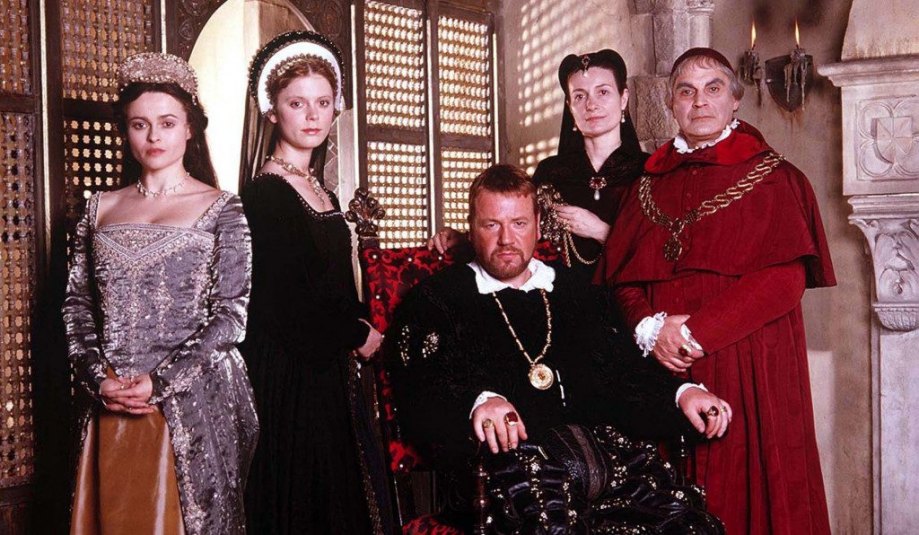 ‘Henry VIII’ is the story of one of the most notorious English rulers ever, who treated women unkindly and remarried one after the other so that he can have a son and bring him up as his heir. Throughout the two-part miniseries, we see the emperor constantly remarrying one woman after the other to assure him of a male heir. When the Boleyns of Hover Castle fix the marriage of their daughter Anne to the would-be Earl of Northumberland Henry Percy, the King’s eyes fall upon Anne and he snatches her up for himself. However, even his marriage with Anne could not give him a son as Anne gave birth to a daughter, named Elizabeth. The series was widely appreciated by critics and even won the International Emmy Award for Best TV movie or miniseries. 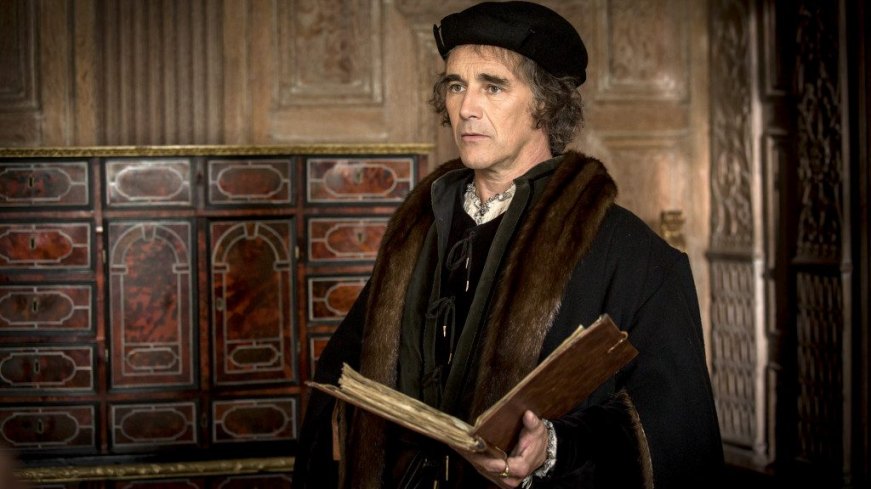 This BBC 2 historical drama is focused on the life of Sir Thomas Cronwell, who rose to prominence at the court of King Henry VIII of England after two specific events: helping the king in getting rid of the marriage he had with Anne Boleyn and the death of Thomas More. The series received huge critical acclaim when it was released, with many observers praising the historical accuracy, the production design, and the brilliant performances by the cast members. The performances of Claire Foy as Anne Boleyn and Mark Rylance as Cromwell were highly appreciated. The series won the BAFTA TV Award for Best Series and Best Actor for Rylance. The show also received the Golden Globe Award for Best Miniseries or Television Film. 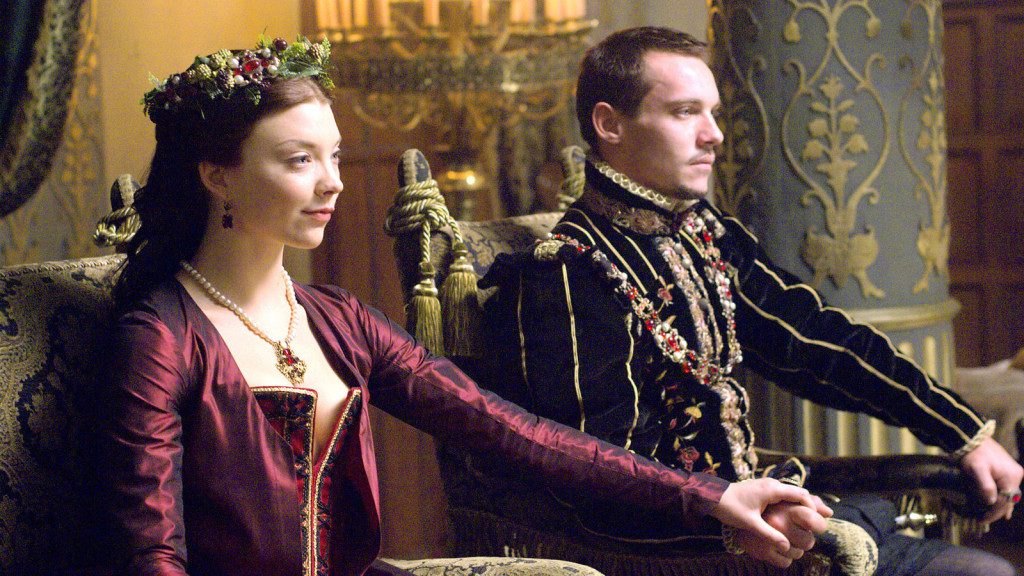 ‘The Tudors’ is another series which focuses on the rule of Henry VIII. However, the main focus of the show is the King’s desperation to marry Annie Boleyn in any way possible. In the first season, we see Henry planning to marry Anne despite being married to Queen Katherine. By the second season, Henry manages to marry Anne, but the marriage again crumbles down as she is not able to provide him with a son after the birth of Elizabeth.

The third season discusses the next two marriages of Henry — to Jane Seymour and Anne of Cleves. It also chronicles how Henry suppressed the rebels of Yorkshire called the Pilgrimage of Grace, and depicts his new affair with Catherine Howard. The fourth season centers around the king’s last two marriages: one with Catherine Howard and the last one with Catherine Parr. We also see how the ghosts of the women Henry had mistreated appear to him while he is about to die. Though critics were not that enthusiastic with the show, the performance of Natalie Dormer as Anne Boleyn caught everyone’s attention. 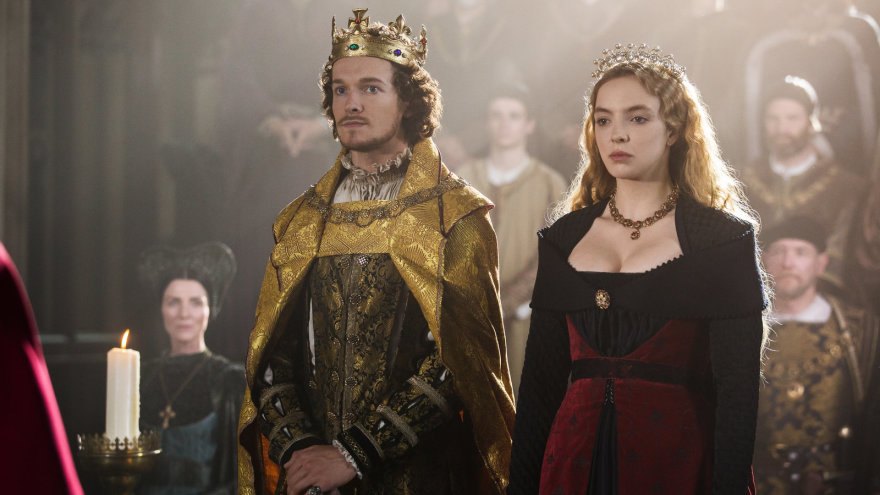 This historical drama focuses on the lives of King Henry VII and his wife Elizabeth. The Battle Of Roses comes to an end after the death of Richard III and the marriage of Henry and Elizabeth. Elizabeth belonged to the York house whose last ruler was Richard III. But the relationship between the two newlyweds is hardly one of love and bliss because their two houses were fighting only a few months ago. Both Henry and Elizabeth’s mothers also plan on how to bring the other family down. 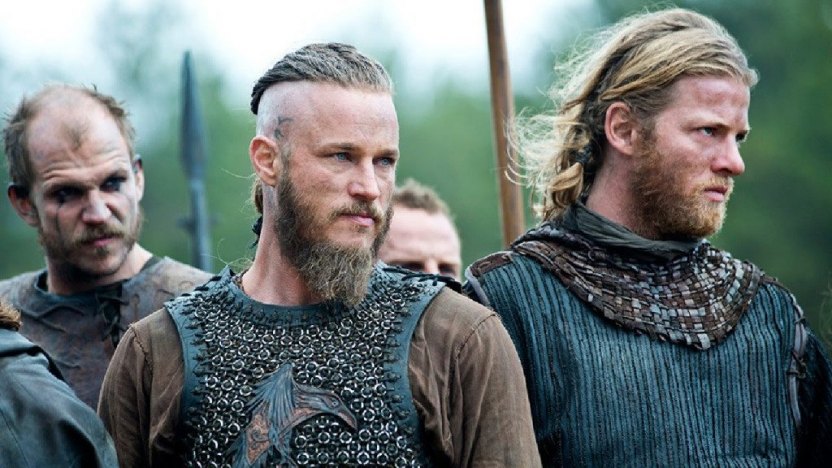 Created and written by Michael Hearst, this series revolves around the lives of legendary Norse fighters and rulers. The story of the show is greatly inspired by the legends of the famous Viking Ragnar Lothbrok. The Vikings were mainly seafarers who raided numerous places in Europe from the 8th to the 11th century They became hugely influential figures in Scandinavia, France, and England during the middle ages. The first season follows Ragnar Lothbrok’s exploits in England and France and his later ascension to the throne as the king of Scandinavia. His sons become the focus of the show in the later seasons. The first season got positive reviews, but the remaining seasons were met with mixed reactions. 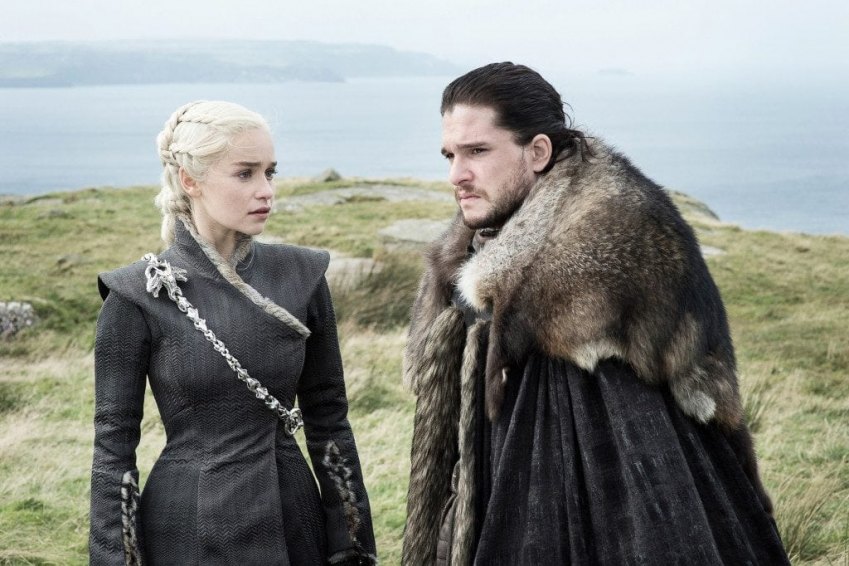 One of the most influential TV shows in history, ‘Game Of Thrones‘ is a fantasy show set in the continents of Westeros and Essos. There are a total of seven kingdoms which are governed together by the emperor from King’s Landing. The northernmost kingdom is called Winterfell and it is under the charge of House Stark. At the north of Winterfell is a huge structure simply known as ‘The Wall’, which was built to cut away the Westerosi from the savage beings that lived beyond it.

Meanwhile, the political struggles between the various houses become apparent as the story progresses. The strongest and richest family are the Lannisters, who are headed by the patriarch Tywin Lannister. His daughter Cersei is married to the king, Robert Baratheon, when the story begins. However, Cersei and Robert share no mutual attraction for each other, and the three children that they have are Cersei’s illegitimate children with her brother Jaime. While Cersei places her son Joffrey on the throne after Robert dies, another woman called Daenerys Targaryen starts preparing herself to seize the throne from the family which killed her father. The show received huge critical acclaim because of the complex characters, intriguing story, costumes, production design and performances. 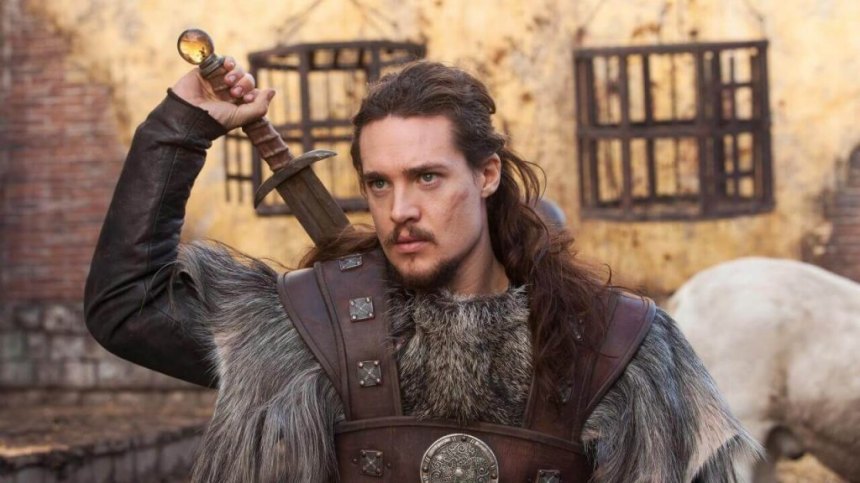 ‘The Last Kingdom‘ is based on a series of historical novels called ‘The Saxon Stories’ written by Bernard Cornwell. Uhtred of Bebbanburg is the central character of the story. His father, brothers, and most of the family are killed by the Danes in war, and Uhtred is taken prisoner along with a Saxon girl called Brida. But a coup soon discovers that the Danish king is dead. Uhtred and Brida manage to escape from the prison and hide in the wood. Later, we follow Uhtred as he goes on a journey to avenge the death of his father and kill his uncle who wants to maintain his stronghold on Bebbanburg. The first two seasons of the show aired on BBC America and BBC Two, but from the third season onwards, the series has been airing on Netflix.