7 TV Shows Like Living With Yourself You Must See

In the Netflix original series ‘Living With Yourself’, Paul Rudd plays the role of Miles Elliott, a marketing genius who has lost his passion for work or life. To bring some excitement into his life, Elliott decides to go through a special treatment called “ultrarapid cloning plus micro-synaptic memory transfer” which promises to make him into a sharper and better human being. However, what ends up happening is the program creates a doppelgänger of Elliot who is much sharper and enthusiastic about life than he is. Elliot himself has now become a complete nobody. He then tries to talk his clone into trying to help him improve things in both his personal and professional lives. 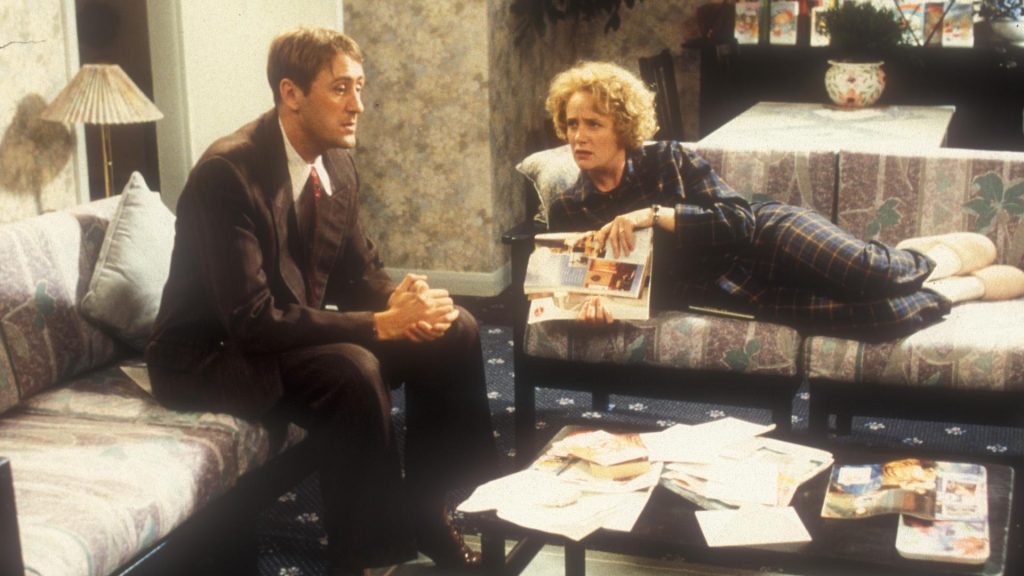 Most of us are not really happy with our mundane lives, as we can clearly see in the case of Miles Elliot in ‘Living With Yourself’. Thus, it can be said that we are all wanting some sort of excitement in our lives which will make us believe our existence to be extraordinary. This is exactly what the character  Gary Sparrow feels in the British series ‘Goodnight Sweetheart’. Thus, when he comes across a time machine, we can feel his eagerness to go to some other point in time and live a life he can be proud of. The machine sends Sparrow to the 1940s when the world is being ravaged by the 2nd World War. There, Sparrow starts living a double life as an MI5 agent and a songwriter. Moreover, he has developed romantic feelings for the local barmaid who he woos continuously. The series offers us elements of science fiction, comedy, and adventure, but always keeps its characters rooted in reality. The show is rather entertaining and will make you fall in love with the lead character in no time at all. 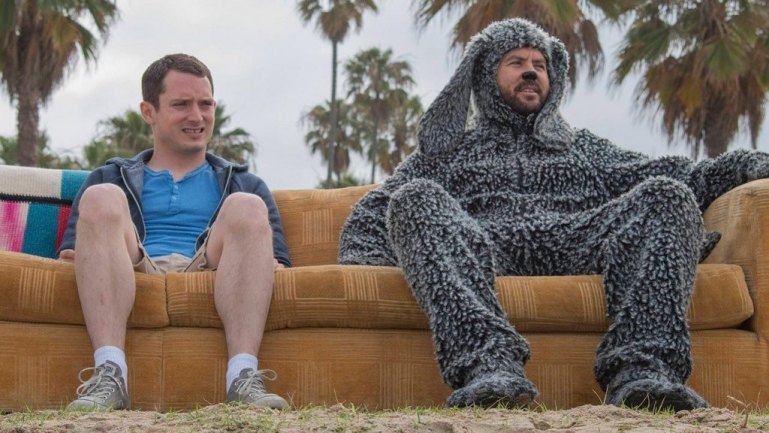 Elijah Wood and Jason Glenn star in this surreal comedy series where Wood plays the character of Ryan who is a man trying to find his footing in the world. While his life is not offering him with something miraculous, he comes across the dog of his neighbors called Wilfred. The interesting part about this is that while Wilfred appears to the rest of the world as a cute dog, he appears to Ryan as a middle-aged Australian man wearing a cheap dog costume. How the two of them fall into bizarre and existential situations while dealing with life and its several difficulties becomes the central focus of the series. This is a show which is extremely unique and follows its own rules in the bizarre world it is set in while keeping its comedic core intact. 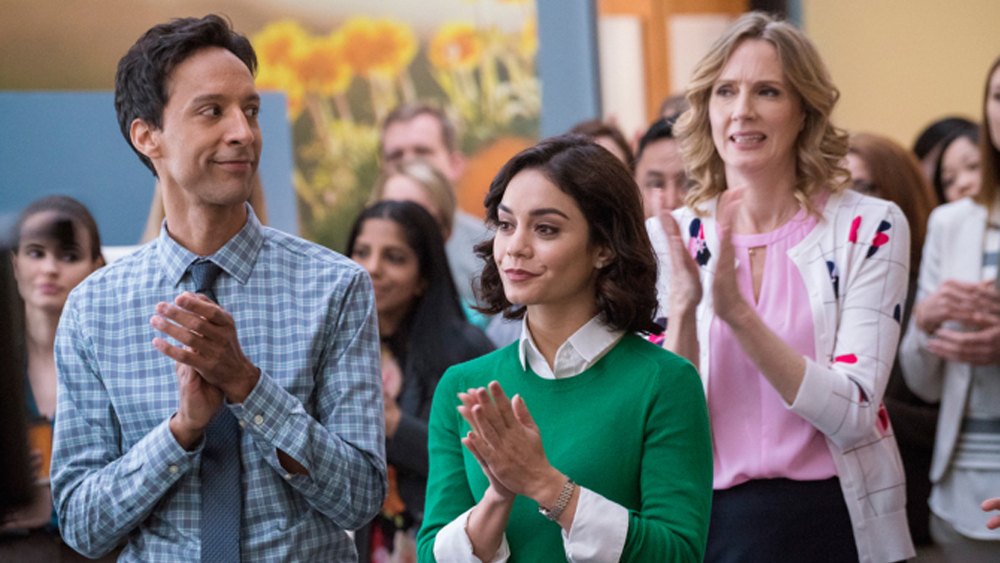 ‘Powerless‘ is a sitcom developed by Ben Queen for NBC and stars Vanessa Hudgens in the leading role. Hudges plays the character of Emily Locke who is Director of Research & Development at Wayne Security. The story is set in the DC Universe, but the comedic approach it takes really sets it apart from other DC shows. Emily wants to make sure that the exploits of the superheroes and the massive fights that they constantly get into do not damage public property or become a threat to public life. However, she notices that no one in her organization is working with much zeal for the same. Thus, she has to become the leader who motivates her team and gets the work done. The series is rather amusing and innovative, as we have never really looked at superhero shows in such a manner. The fact that despite being in the DCU the series is about a normal woman with human characteristics is also appreciable. 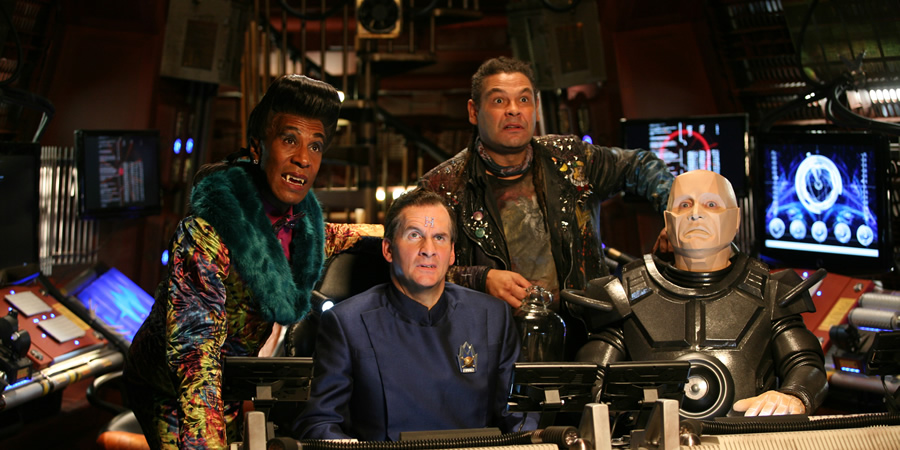 This science fiction comedy series is set in space, and centers around a character who is a chicken soup machine repair-man. The character in question, Dave Lister, is the only person alive on a space ship after a major gas leak which has killed everyone else. For company, Lister has a cat, a hologram of Rimmer, who was one of his shipmates, a senile computer called Holly, and a robot called Kryten. The most interesting aspect about Lister’s condition is that he now exists 3,000,000 into the future as he was in suspended animation when the disaster had struck.

Although the initial run of the series was highly appreciated by the audience, the later version did not receive as much popularity. However, credit must be given to series creator Grant Naylor for creating a character-based comedy show set in space. The character of Lister is also quite different from the regular astronauts and space explorers that we come across in television shows. He is neither brave nor pro-active. Lister has to be brave only when all the other options are depleted. 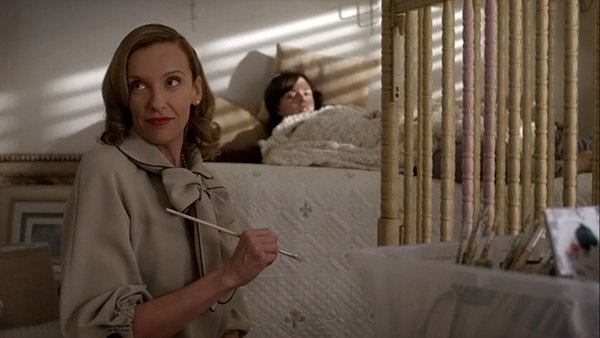 A dark comedy in the same vein as ‘Living With Yourself’, ‘United States Of Tara’ is about a woman who is quite frustrated with her life as she has no control over her own personality. The central character of this series is a housewife called Tara who suffers from dissociative identity disorder. Her husband and son are rather worried about which personality they’ll find her in at any given time. Sometimes Tara is a Vietnam veteran who has a disrepute for being too violent. Sometimes she appears to be a mother right out of a 1950s television show. The way this family deals with all these alter egos of Tara is the main narrative of the series. The performance of Toni Collette as the leading character in this series has to be appreciated. She developed all the characters Tara portrays and maintains their particular nuances in a masterful way throughout the length of the show. 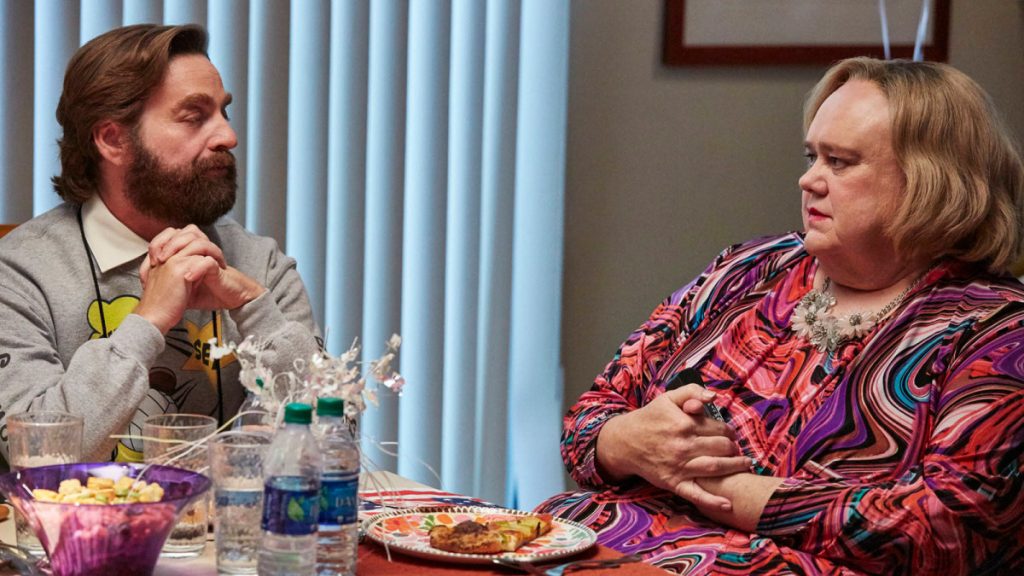 Zack Galifianakis is one of the best comedy actors working at the moment who can blend into any character rather seamlessly. His performance in the comedy series ‘Baskets‘ has also managed to impress fans all over the world. Here, he plays the role of Chip Baskets. Always wanting to be a professional clown, Chip tries to enroll himself into a school in Paris which teaches its students all the tricks of the trade. However, he does not manage to get a chance at the school and ends up working for a rodeo in California. Galifianakis not only plays the leading character in this series, but also plays the role of his twin brother, Dale Everett Baskets. The series is a rather enjoyable comedy with some brilliant moments. The performances of the cast also set it apart from other similar shows. 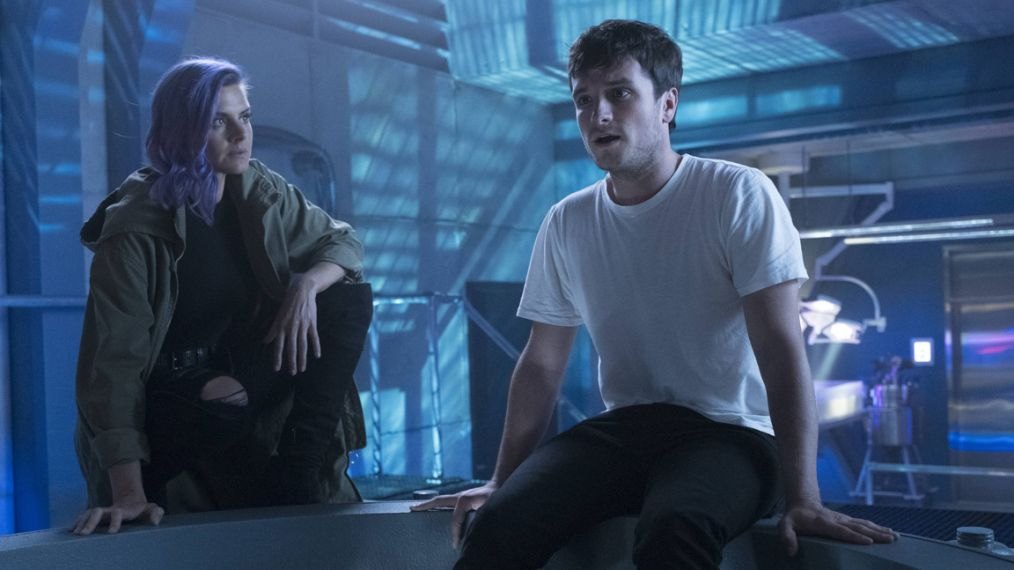 Janitor Josh Futturman is the leading character of this science fiction comedy show. Whatever time Josh gets after his work is taken up by his love for video games. It is after he manages to win one particular game that Josh finds himself in a situation he never could have imagined. People from the future, appearing to be right out of the game that he has played, comes to him to tell him that he has to save the world from destruction. With no knowledge of how to go about his job and a crew of inexperienced soldiers, Josh takes on his Herculean task. Thoroughly entertaining and innovative, ‘Future Man’ manages to hit all the right notes when it comes to making a comedy series unlike any other.