‘Lost in Space‘, an adaptation and re-imagination of the 1965-released eponymous series, revolves around a family of space colonists who are stranded in an unknown planet after their space ship veers off course. Written by Matt Sazama and Burk Sharpless, the show premiered on Netflix in April 2018. When a certain impact event threatens the existence of humanity, the Robinson family gets selected to colonize the Alpha Centauri star system. An interstellar mother-ship, namely ‘The Resolute’, carries these selected families to their destination. However, on their route, ‘The Resolute’ is breached by an alien robot. The Robinsons escape via the Jupiter and crash land on a nearby habitable planet. Here, they must try to adapt to the strange surroundings and solve their own personal troubles as they attempt to reconnect with ‘The Resolute’.

Now, if you have finished watching all the episodes of ‘Lost In Space’, then you must surely be longing for some more sci-fi adventures, preferably set in space. Well, worry not. You have come to the right place. Here’s the list of best shows similar to ‘Lost in Space’ that are our recommendations. You can watch several of these series like ‘Lost in Space’ on Netflix, Hulu or Amazon Prime. 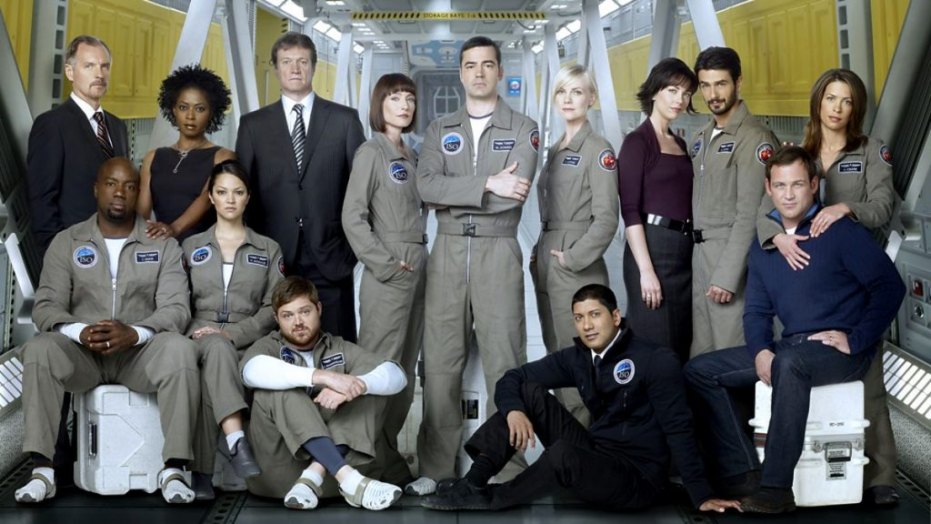 ‘Defying Gravity’ is a space travel science fiction drama that transports us to the future in the year 2052. The story revolves around eight astronauts, four pairs with one man and one woman in each representing four countries, who are sent on a mission to traverse the Solar System. A real-time communication system constantly monitors their activities from the earth. The show is set aboard the international spacecraft named Antares. It is branded as the next ambitious space project following the Mars landing. While the lives of the crew members are continually being broadcast in the world, the team wears libido-inhibiting devices to suppress their emotional and physical entanglements. However, things get complicated when, in spite of the measures being in place, the individuals start developing romantic interests. 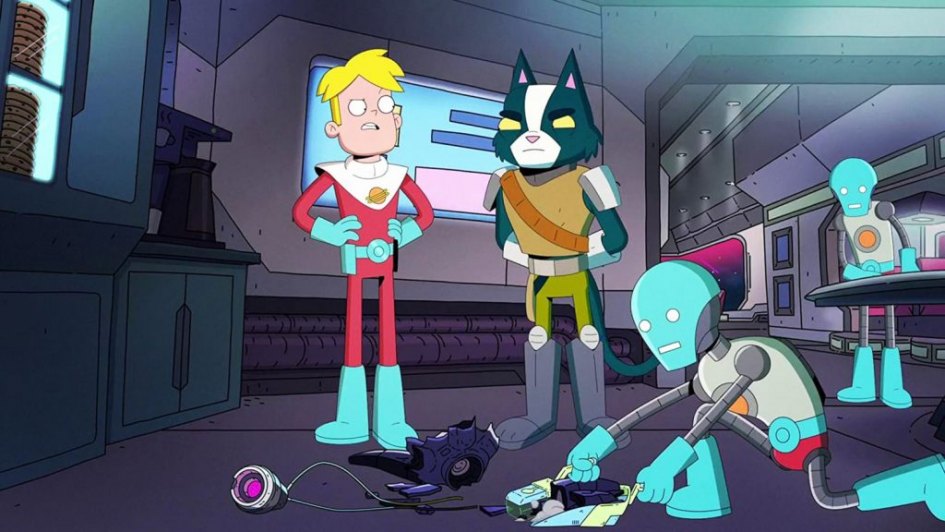 ‘Final Space’, created by Olan Rogers, is an animated space travel series, which airs on TBS. It revolves around Gary, an astronaut, and Mooncake, his alien buddy. They embark on several intergalactic adventures to solve the mystery of “Final Space.” The events take place on the prison spacecraft named Galaxy One, that carries Gary Goodspeed who is serving the last remaining days of his five-year sentence. This is where he meets the weird planet-destroying alien, who is wanted by a powerful telekinetic entity called the Lord Commander. The duo, with the help from H.U.E and new shipmates, embarks on a mission to save the universe from these villainous antagonists. 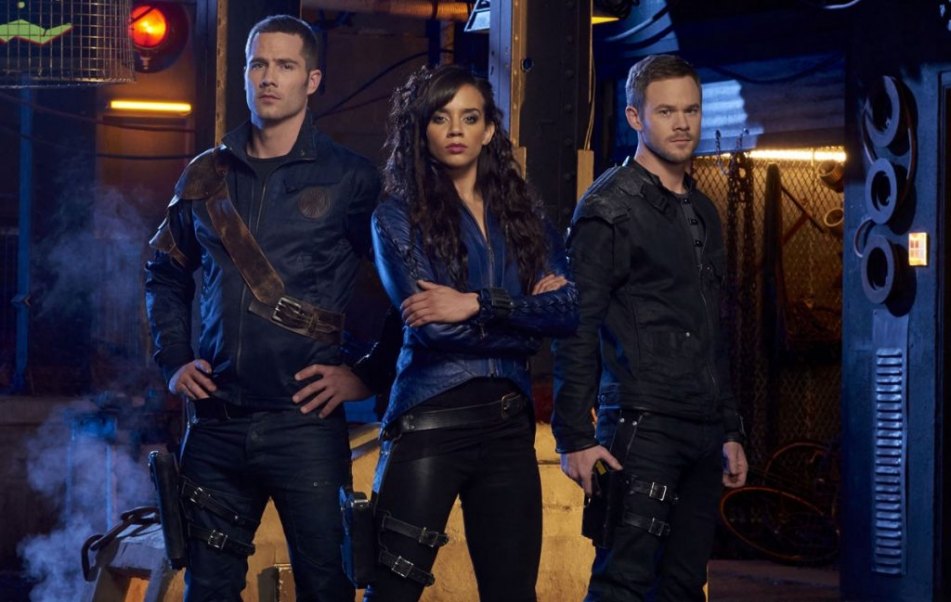 ‘Killjoys’, chronicles the adventures of three hardworking bounty hunters, namely Dutch, John, and D’avin. They are employed with the Reclamation Apprehension Coalition (RAC) and are assigned to a four planet-and-moon system, called the Quad. RAC agents are given the responsibility to arrest people who are considered guilty. However, they are sworn by the agency to take no part in any conflict or to have allegiance with any system, government, and organizations. Now, with previous secrets threatening to destroy their careers, the trio has to dedicate themselves towards serving humanity. 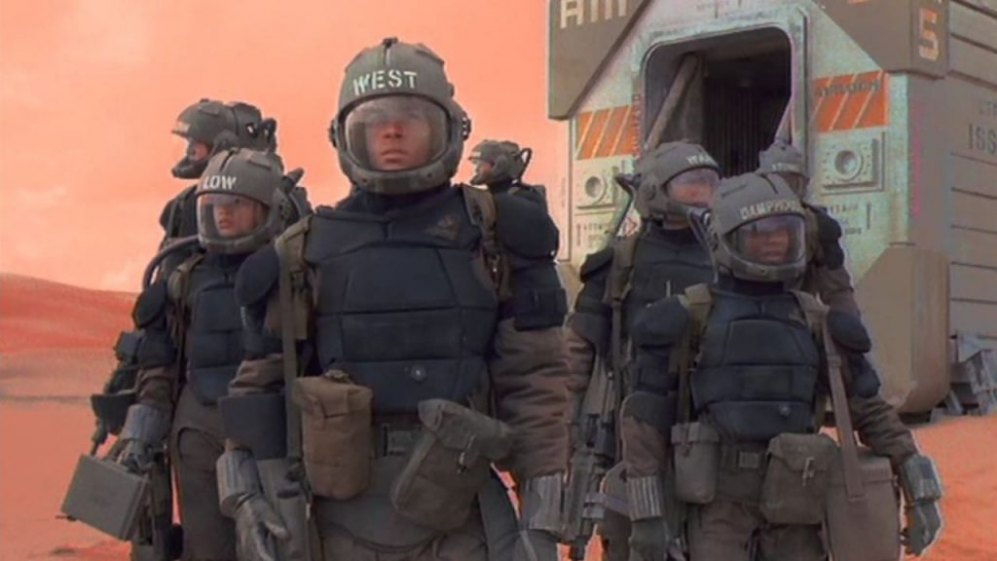 ‘Space: Above and Beyond’, created and written by Glen Morgan and James Wong, is an intriguing Fox drama. Rated as one of the best sci-fi shows, it takes place in the future, between the years 2063 to 2064 and revolves around the “Wildcards”, members of the US Marine Corps Space Aviator Cavalry, 58th Squadron. Aboard the space carrier USS Saratoga, the crew is assigned the responsibility of acting as infantry and pilots for SA-43 Endo/Exo-Atmospheric Attack Jet (“Hammerhead”) fighters. 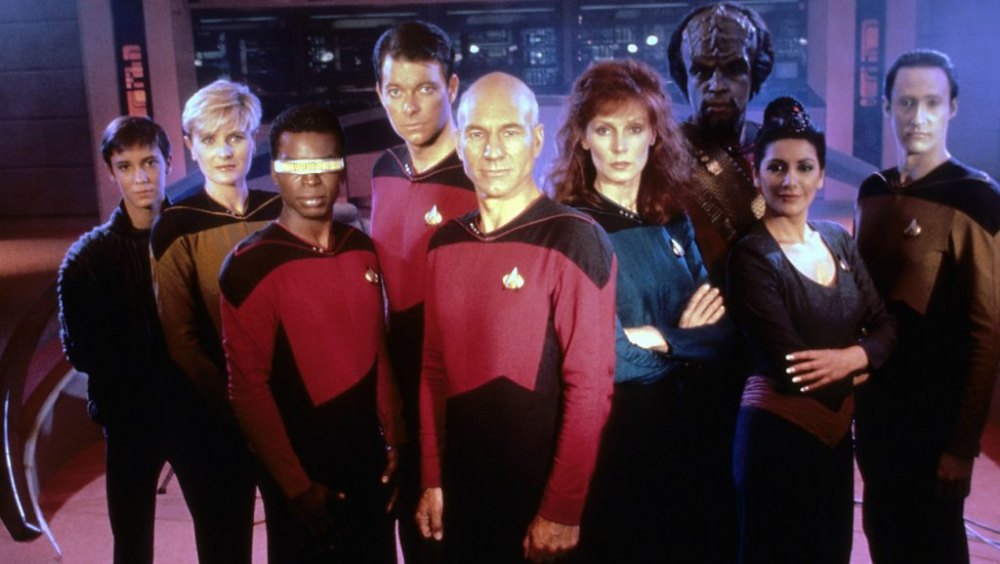 ‘Star Trek: The Next Generation’, created by Gene Roddenberry, is the third installment of the ‘Star Trek’ franchise. It ran from September 28, 1987, to May 23, 1994, covering seven seasons and 178 episodes. Created as the second sequel for ‘Star Trek: The Original Series’, it takes us to the 24th century, when Earth becomes a part of the United Federation of Planets. The story chronicles the adventures aboard the Star-fleet star-ship, named the USS Enterprise-D, as it explores the Milky Way. 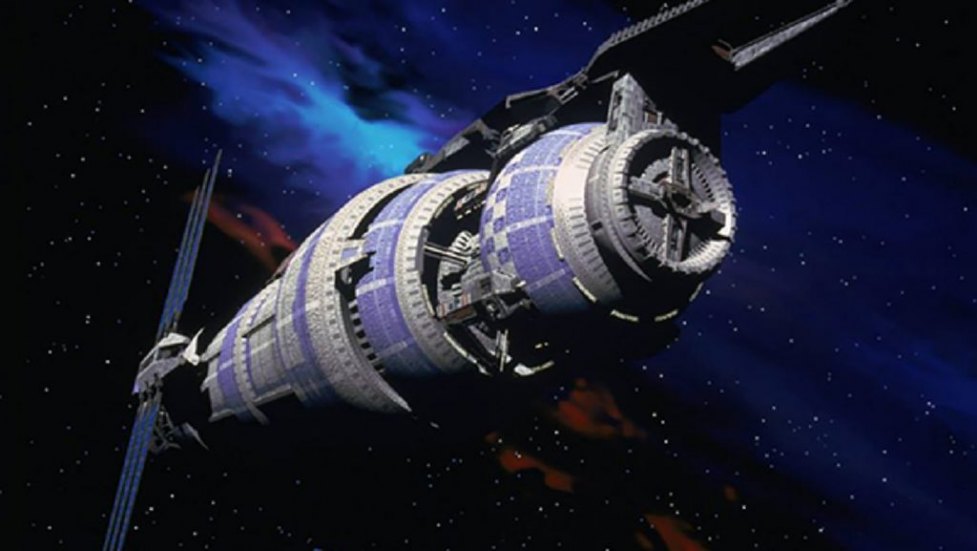 ‘Babylon 5’, created, written, and produced by J. Michael Straczynski, is a space opera TV show that debuted in the US on January 26, 1994. Spanning five seasons and 110 episodes, it follows a format where each episode serves as a chapter of a novel, having its own beginning, middle, and end. The entire story takes place over a five-year period and comprises 22 episodes in each season. The plot revolves around the space station, Babylon 5, which houses multiple human military individuals and alien diplomats. It was created after several inter-species wars caused extensive chaos in space. Babylon 5 serves the purpose of acting as a neutral focal point for galactic diplomacy and trade. The station is also frequently visited by different races of sentient beings. 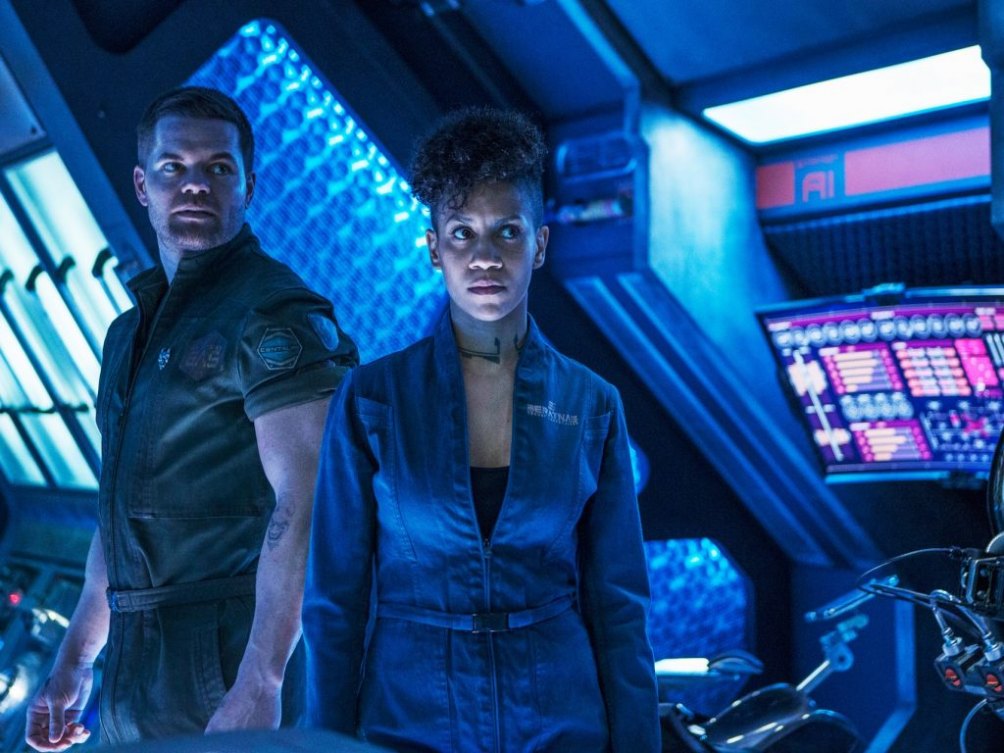 ‘The Expanse‘, developed by Mark Fergus and Hawk Ostby, is a sci-fi show adapted from the eponymous novel series, written by James S. A. Corey. The story takes place several years in the future where human beings have taken over the Solar System. It chronicles the activities of a certain team of antiheroes, namely Chrisjen Avasarala, member of the United Nations Security Council; Josephus Miller, a police detective; James Holden, the ship’s officer; and other members of the crew. They attempt to unravel and thwart a deadly conspiracy that threatens to disrupt the already fragile, Cold-War-like state of the universe. 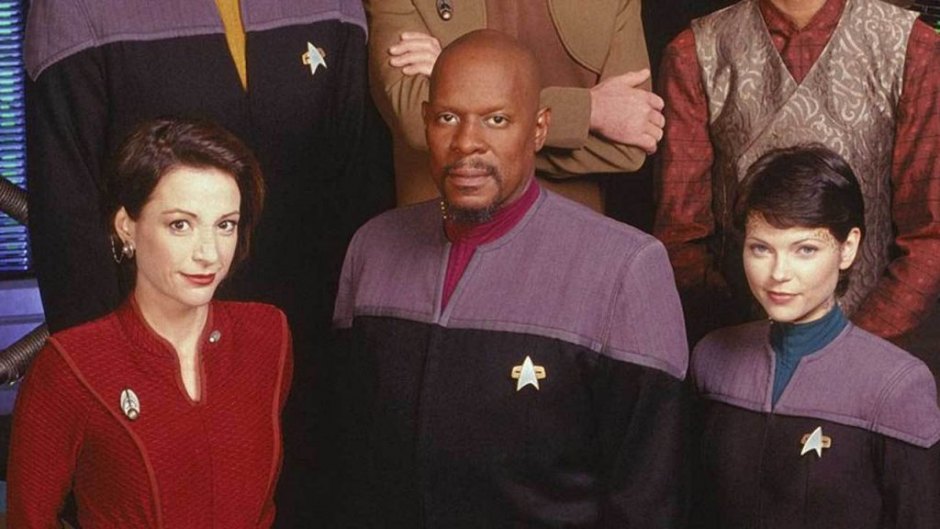 ‘Star Trek: Deep Space Nine’, created by Rick Berman and Michael Piller, is the fourth installment in the Star Trek franchise and was developed as the third sequel to ‘Star Trek: The Original Series’. It ran from January 3, 1993, to June 2, 1999, over a course of seven seasons, spanning 176 episodes. The story takes us to the 24th century when Earth is a member of the United Federation of Planets and chronicles the adventures of the space station named Deep Space Nine, which is located in a wormhole that connects the Federation territory to the Gamma Quadrant on the far side of the Milky Way. 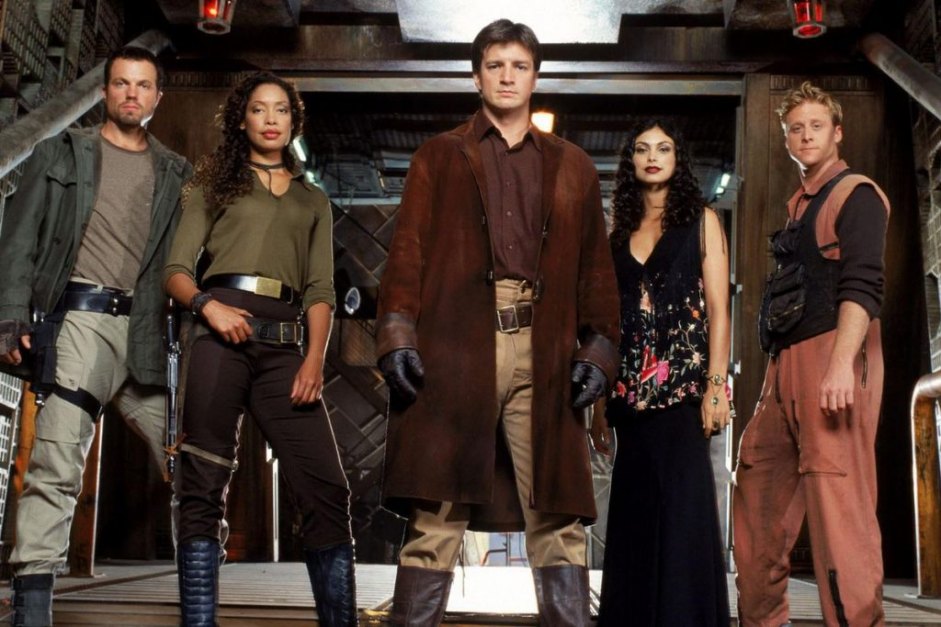 ‘Firefly’, created, written, and directed by Joss Whedon, is set in the year 2517 when humans colonize a new star system. It chronicles the adventures of the renegade crew aboard the Serenity, a type of “Firefly-class” spaceship. The story is about “nine people looking into the blackness of space and seeing nine different things”. 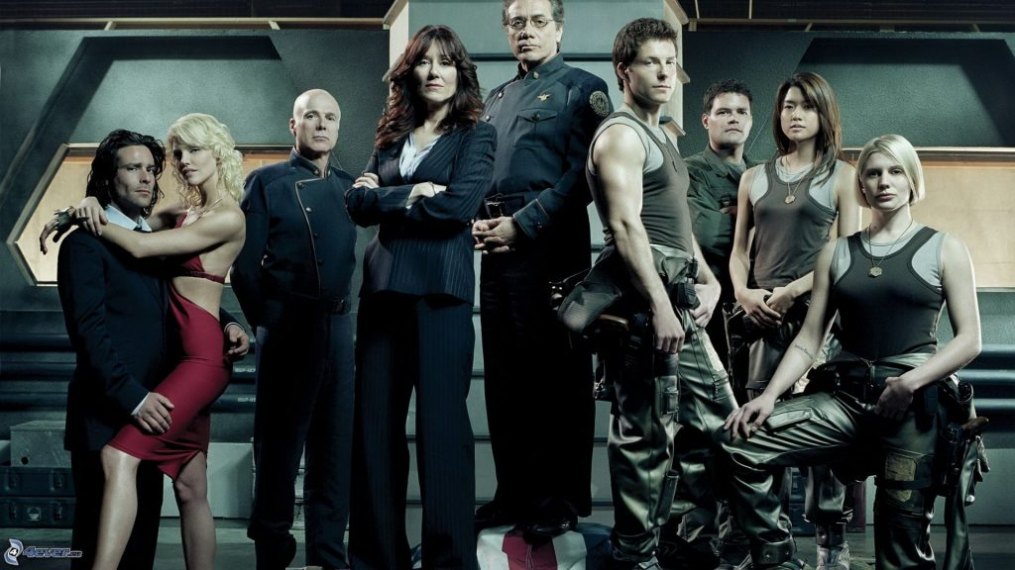 ‘Battlestar Galactica’, a part of the Battlestar Galactica franchise, is a science fiction military series. Developed by Ronald D. Moore and executive produced by Moore and David Eick, it is a reboot of the original 1978-released eponymous series. Battlestar Galactica transports viewers to a distant star system, where humans have colonized a group of planets called the Twelve Colonies. Previously, these colonies were engaged in their own battle, involving an android race created by themselves, known as the Cylons. A human scientist named Gaius Baltar unwillingly helped the Cylons to launch a sudden attack on the Colonies. This resulted in the complete destruction of the planets and resulted in wiping out most of the population.

Among the billions of the populace, only around 50,000 humans survived, mainly because they were aboard civilian ships that were not near to the site of war. And amidst all the types of Colonial Fleet, Battlestar Galactica is the last military capital ship that survived the attack. Led by Colonial Fleet officer, Commander William “Bill” Adama, and President Laura Roslin, the Galactica, along with its crew, embarks on a quest to guide the remaining survivors into the farthest corners of space, in search of a habitable 13th colony, named earth.