10 TV Shows You Must Watch if You Love Malibu Rescue: The Series

Beaches, films and television make for a great, entertaining combination. With the beautiful aesthetics of the beach, the viewers can blissfully enjoy the film and its gorgeous visuals. One might underestimate the success of using beaches as an advertising tool, but, in my opinion, it could be really effective. Directed by Savage Steve Holland, ‘Malibu Rescue’ binds the summer fest of the sand and the sea with entertainment. The film isn’t a cinematic cinematic masterpiece by any means. It is for you to sit back and enjoy in the summer. An adventure comedy, the movie tells the story of aspiring junior lifeguards who compete against snobby local kids for proving their mettle at Malibu Beach in California.

The success of the film led Netflix to make ‘Malibu Rescue: The Series’. For this article, I have taken into account shows that are built on narratives focusing on beaches. Here’s the list of best shows similar to ‘Malibu Rescue’ that are our recommendations. You can watch several of these series like ‘Malibu Rescue’ on Netflix, Hulu or Amazon Prime. 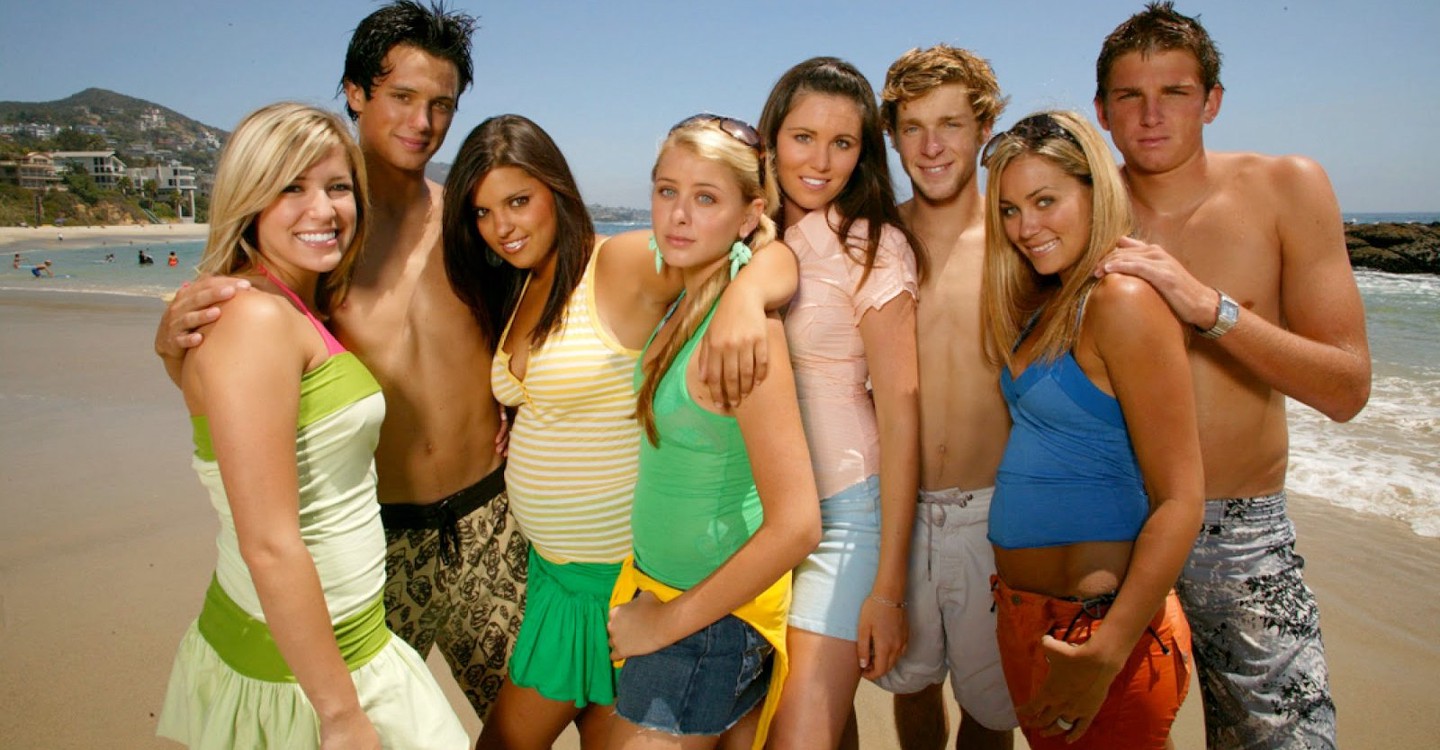 A reality television series, ‘Laguna Beach: The Real Orange County’ follows the lives of several students attending Laguna Beach High School. There is not much to say about the show’s premise, as it is as thin as a thread, but as many critics described it at the time of its original run, it is a guilty pleasure. Conceived and created by American producer Liz Gateley, the reality television series consists of three seasons, which is a testament to the moderate reception it received. 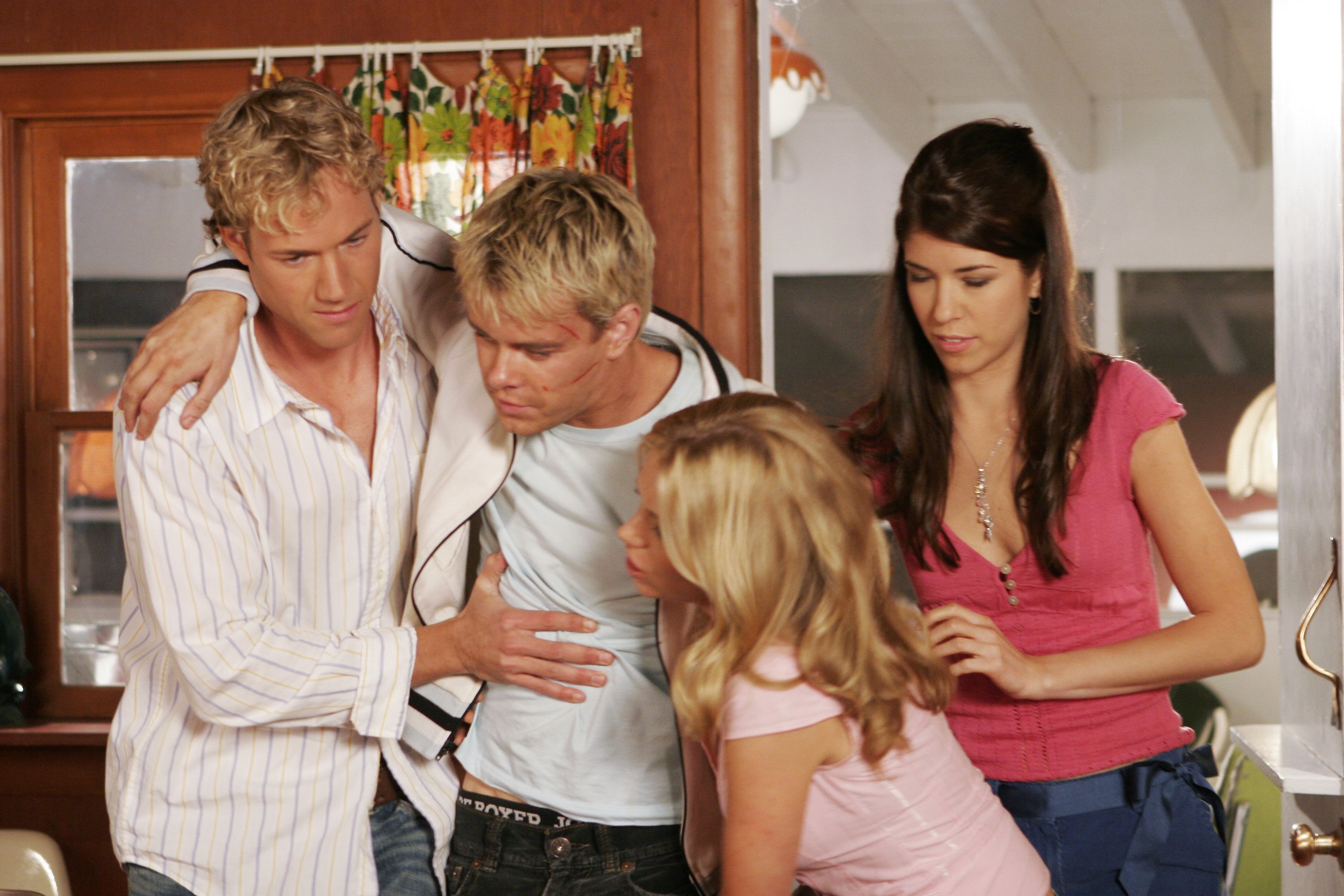 ‘Falcon Beach’, a romantic comedy-drama, is Canadian television show set in the fictional town of the titular Falcon Beach of Manitoba. The narrative of the show is built on the genre of teen dramas and follows the lives of the characters that are coming of age while dealing with their own set of personal problems and challenges. Created by Shannon Farr and John Murray, ‘Falcon Beach’ was initially a critical success but with a dipping quality over the course of the next season, it was cancelled. If you are looking for a show with the bliss of the beach and a somewhat engaging teen drama, you can pick up ‘Falcon Beach’ for a quick watch. 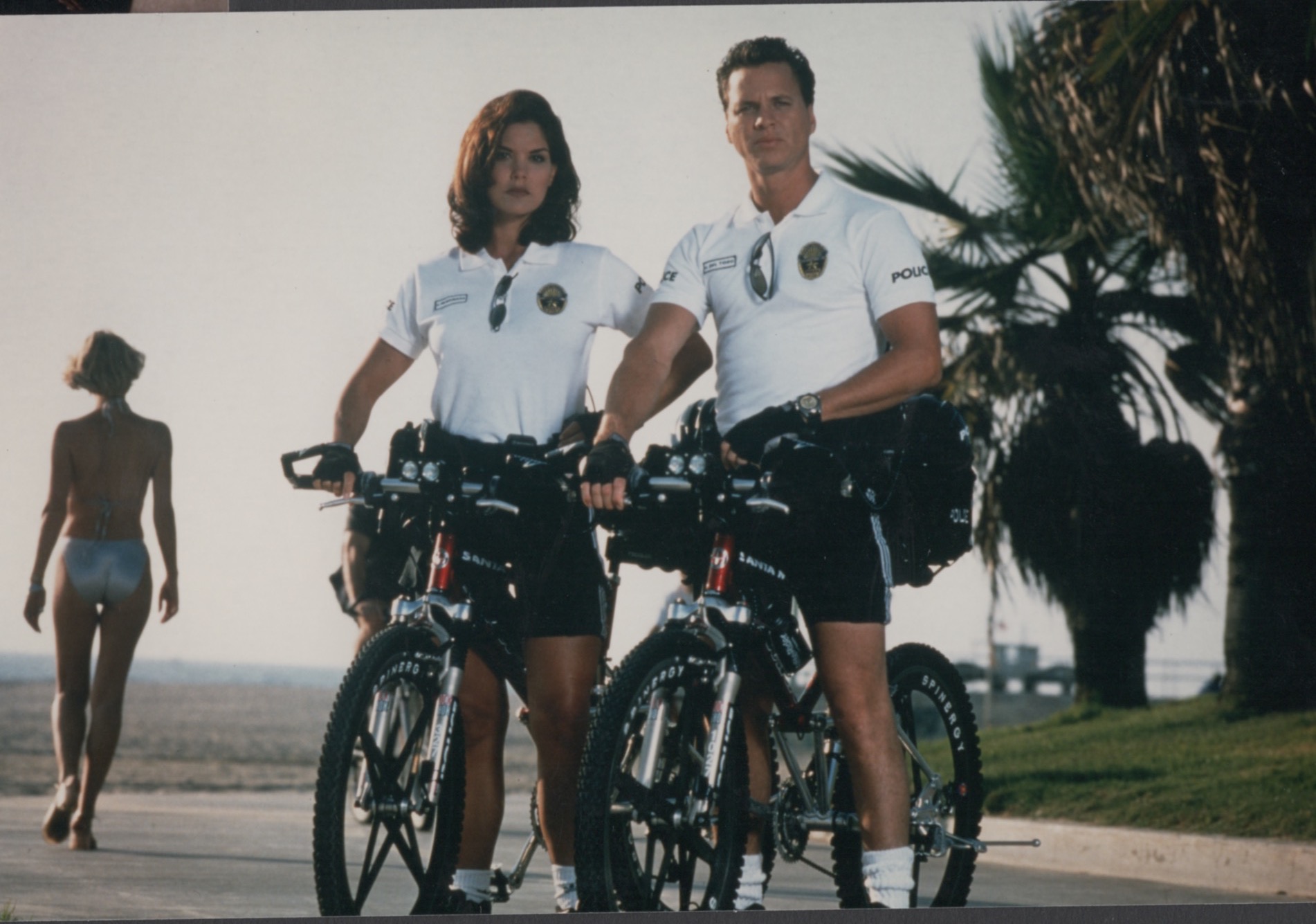 Merging the genres of police dramas and beach related narratives; ‘Pacific Blue’ follows the Santa Monica Police Department which solves crime patrolling on the beaches on bicycles. Created by writer and producer Bill Nuss, ‘Pacific Blue’ originally aired on the USA Network from March 2, 1996, to April 9, 2000, spanning four seasons. The show was also popular for featuring WWE stars such as Sable, Chyna, Triple H and Shawn Michaels, which gave ‘Pacific Blue’ a distinctive edge over other shows. The narrative borrows several descriptive elements from the iconic ‘Baywatch’ series to woo its audience which helps the writers use the inherent silliness of the show to its advantage. 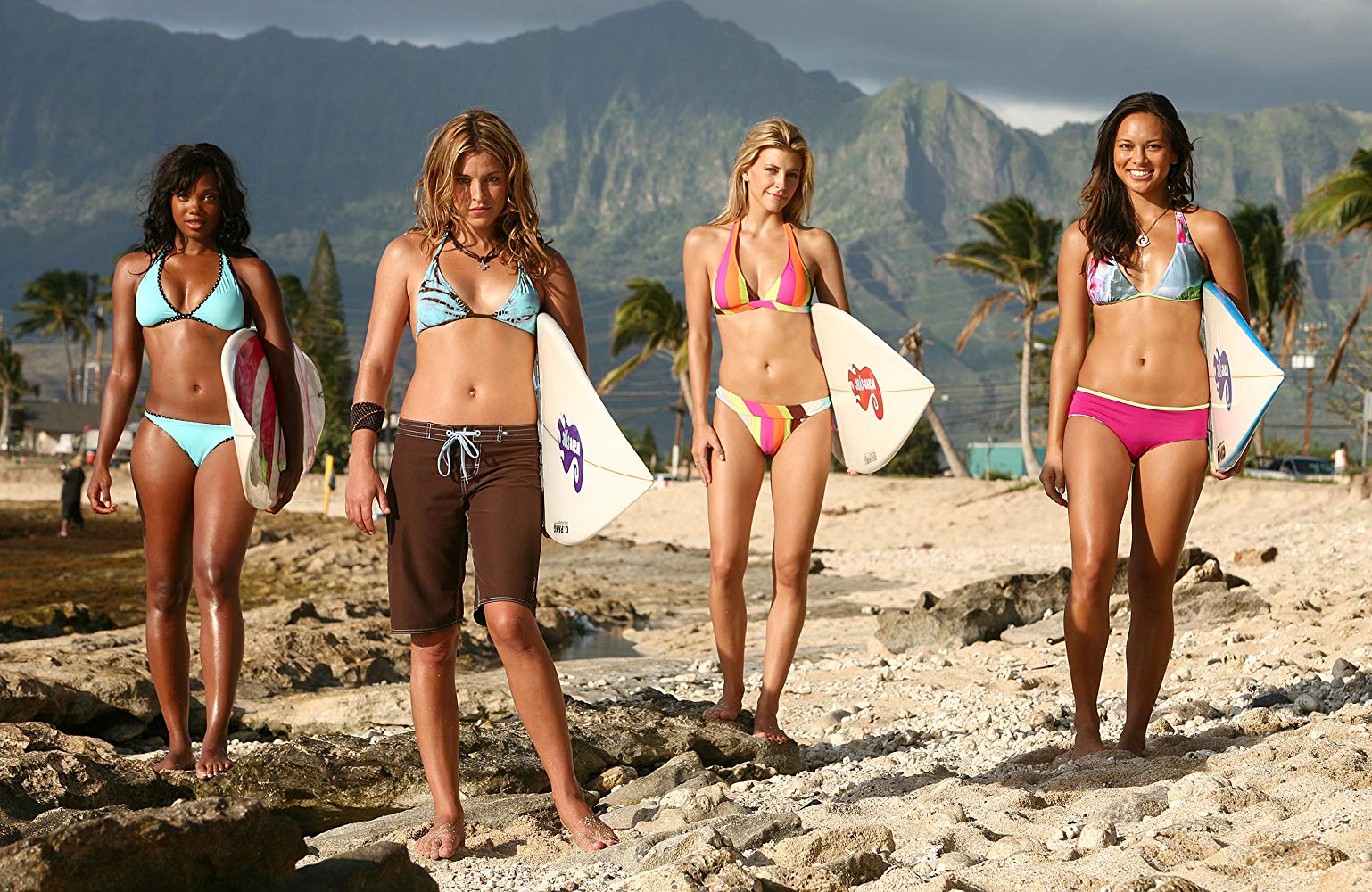 Co-created by Michael D. Jacobs, David Brookwell and Sean McNamara, ‘Beyond the Break’ follows four women – Birdie Scott (Tiffany Hines), Lacey Farmer, (Natalie Ramsey), Dawn Preston (Suzie Pollard), and Kai Kealoha (Sonya Balmores) – who try to make it big and achieve stardom in the sport of professional surfing. However, their dreams are continuously challenged with differences in opinions and ideologies which the four have to overcome to fulfill their dreams. Debuting in June of 2006, the drama series first aired on the Canadian network Razer. If you are looking for a cohesive narrative with an engaging drama, this show is not for you. However, what this does bring to the table is high drama (which is sometimes wonderfully over-the-top) and the convincing performances of the cast. 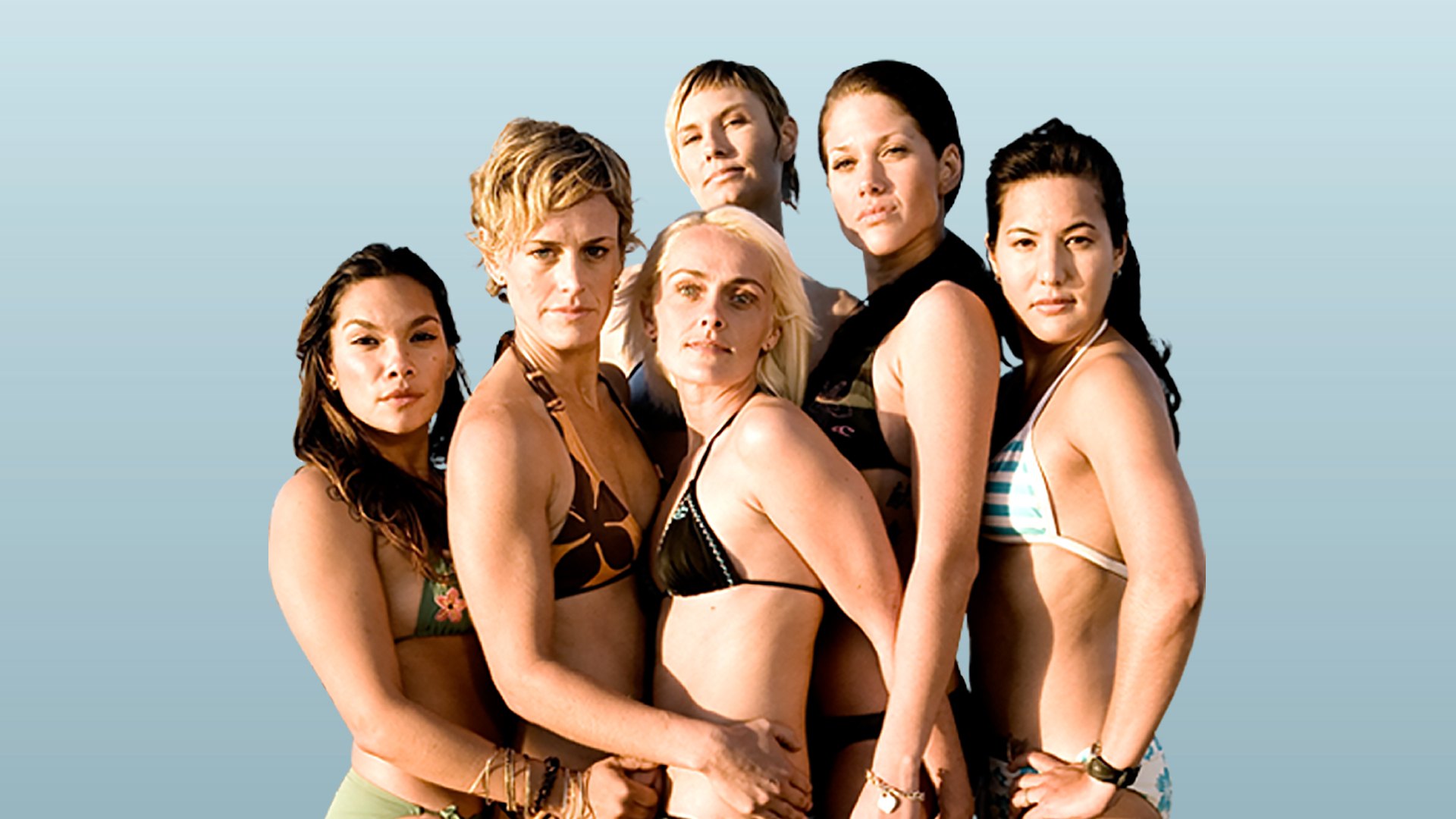 A six-episode documentary, ‘Curl Girl’ is set in Southern California and follows a group of six lesbian friends – Gingi, Michele, Melissa, Erin, Vanessa, and Jessica – as they endeavour to create a surfing competition. Premiering on the American channel Logo in 2007, the show explores the toil of competitiveness over relationships. For a show that is built upon bikini-clad woman, one can easily deviate from the narrative to just enjoy the bliss of the beach and the surfers. However, the series is surprisingly engaging and makes sure that the viewer is glued into the life of the surfers. 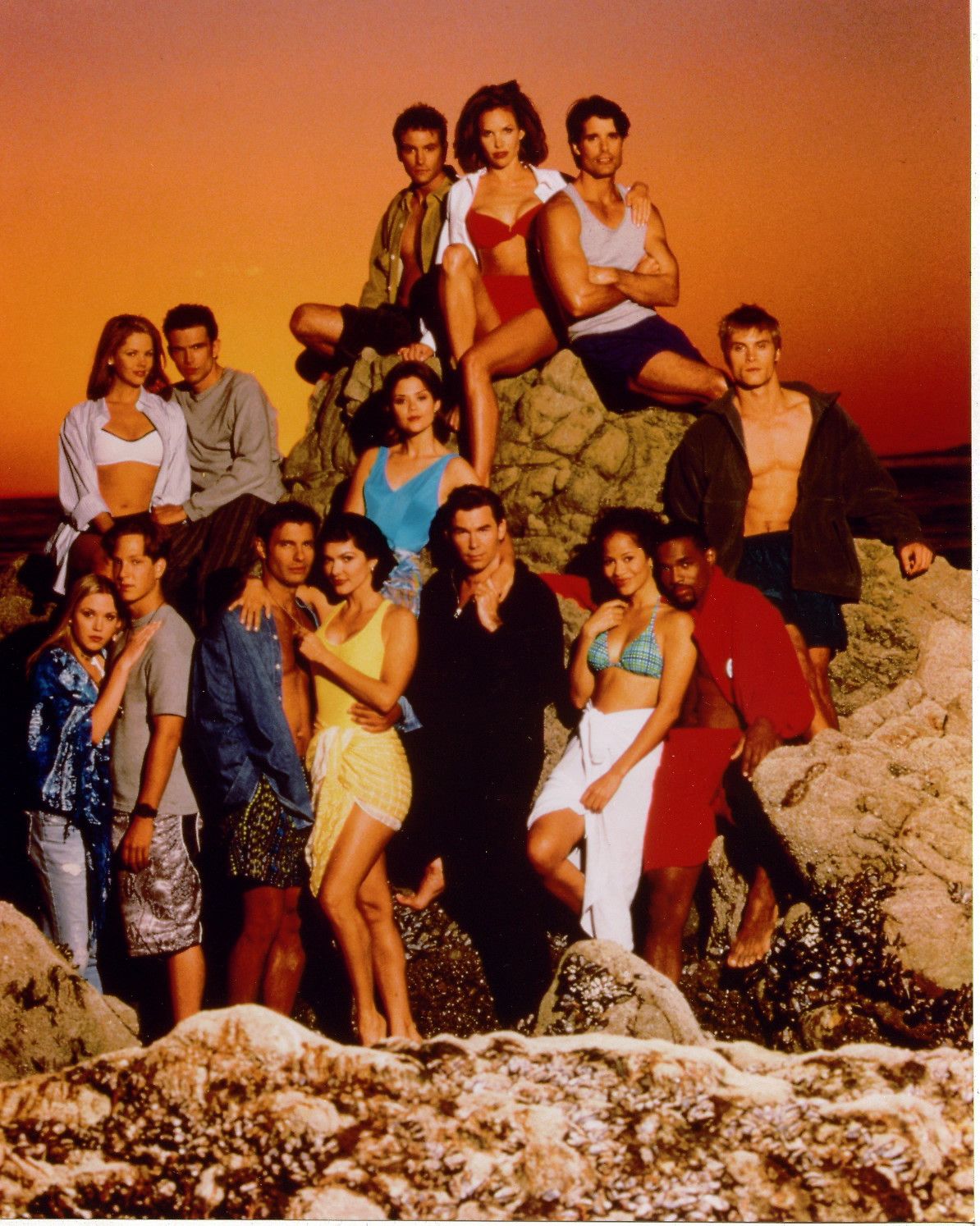 ‘Sunset Beach’, a recipient of two Daytime Emmy Awards, follows the lives of the people living in the Orange County coastal area named Sunset Beach, which is on the coast of California. The show is built along the line of the critically successful and beloved ‘The O.C’ and primarily targeted the viewers of that show. The show, much like many films and television shows of the 90s, found inspiration in pop cultural references which helped to build a postmodern quality to it.

‘John from Cincinnati’, which premiered on HBO in June of 2007, is a television drama set in Imperial Beach of California and follows the Yosts,  a dysfunctional family which sees two new people join them — one is a daft but financially lucrative surfing aficionado and the other one, a man who was rebuffed by them years ago. Co-created by screenwriter David Milch and novelist who specialises in the sport of surfing Kem Nunn, the drama show has just one season with ten episodes. Though the show did not see much positive light at the start of the season, given the popularity of its preceding series finale of ‘The Sopranos’, ‘John from Cincinnati’ rose in critical reception and the viewership. It is a really good watch with several memorable comedic and dramatic moments. 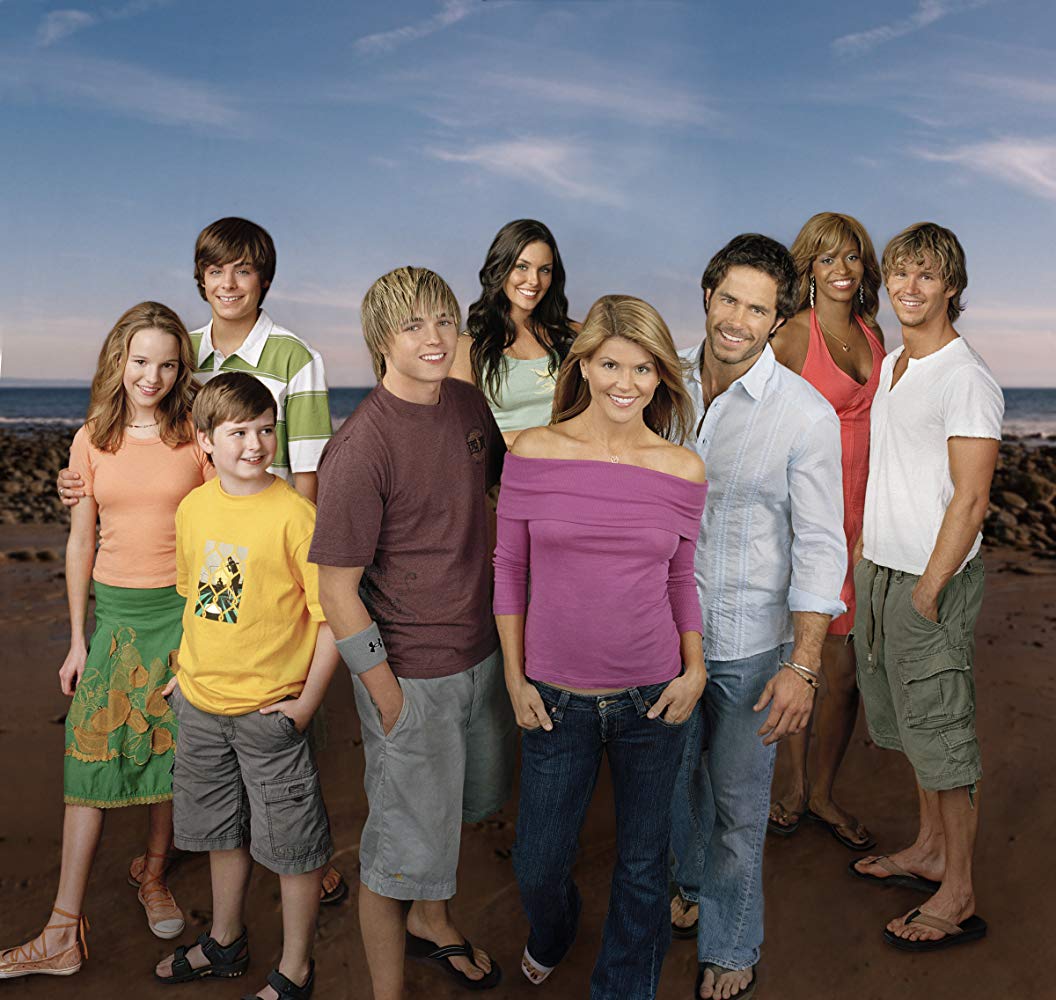 Created by writer Stephen Tolkin and actress Lori Loughlin, ‘Summerland’ is a drama series that depicts the personal upheavals Bradin, Nikki and Derrick face after their parents are killed in a car accident. Set in Playa Linda of California, the show uses the “summer” feel to further explore the lives of the three characters. ‘Summerland’ replaced ‘Smallville’ for the summer and premiered on June 1, 2004, on The WB. Though the show was cancelled for low viewership at the time, it has since seen the light of the day on a variety of other channels for re-runs. Although ‘Summerland’ certainly suffers from error in its continuity, the show is powered by the stories of the character, which makes for a memorable viewing experience. 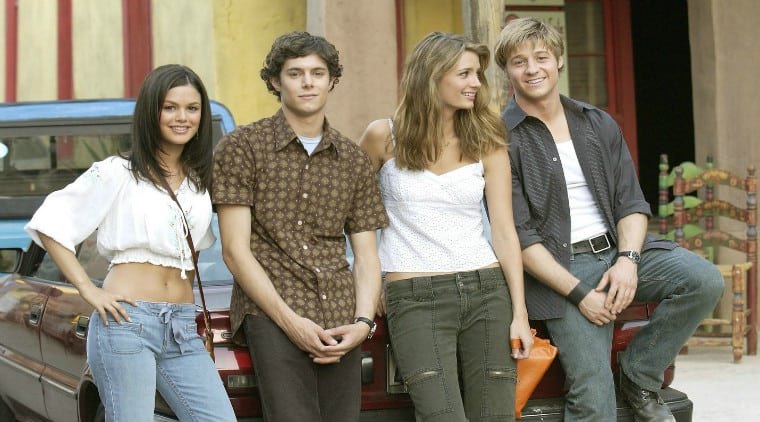 One of the most critically acclaimed teen drama shows of the late 90s and early 2000s; ‘The O.C.’ does pretty well in inculcating the beauty of the beach. Created by screenwriter and producer Josh Schwartz, the show follows the character of Ryan Atwood, essayed by Ben McKenzie, a troubled young man who gets entrapped in the lives of a close-knit group of people in the wealthy, upper-class neighbourhood of Newport Beach, Orange County, California. The show explores the various aspects of teenagers and is supplemented with the wonderful view of Orange County. The show is both cohesive and engaging and can be enjoyed instantly. The series earned several spin-offs, thanks to its massive popularity and critical acclaim. 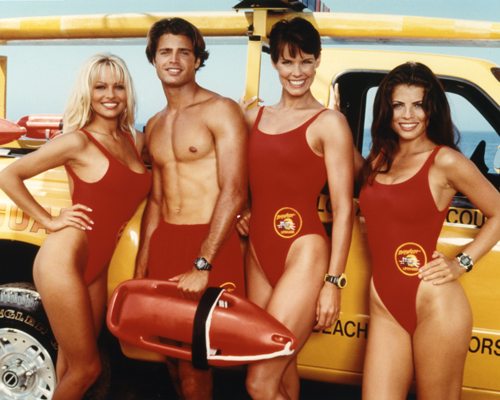 The first show to popularize narratives which centred on beaches, ‘Baywatch’ is an action drama that follows the lives of Los Angeles County lifeguards as they patrol the beaches of Los Angeles County, California to nab criminals. Debuting on NBC on April 23, 1989, the show went on for eleven seasons, culminating in 2001. Though the series is not even close to scoring points critically, it earns the top spot for its sheer popularity among the viewers of the 90s. The iconic status of the show spawned a commercially successful action comedy of the same title which was released in 2017. The adaptation stars actors Dwayne Johnson, Zac Efron, Priyanka Chopra, Alexandra Daddario and David Hasselhoff. You can catch ‘Baywatch’ on Netflix.