12 TV Shows You Must Watch if You Love The Mentalist

If you have just binge-watched all episodes of ‘The Mentalist’, I know the feeling you are going through — withdrawal symptoms. It doesn’t get any better than this when it comes to a good crime solving show. Come-on! the ability to read someone’s mind?? Yes, yes, I know, Patrick Jane doesn’t actually read people’s mind, but he is such a keen observer that it seems like he is almost reading someone’s mind. As we all know, the series follows a handsome and charming young man named Patrick Jane, an independent consultant for the California Bureau of Investigation (CBI) based in Sacramento, California. The character’s sole entry into the bureau was fueled by his plan to avenge the murder of his wife and daughter by a deviant serial killer named Red John.

What makes the show binge-worthy is its intriguing characters. The strong no-nonsense leader of the team, Teresa Lisbon, played by Robin Tunney; Kimball Cho, the loyal second-hand man who is tough but lovable; the goofball muscle man, Wayne Rigsby, who’s in love with his colleague; and of course, the beautiful rookie of the team, Grace Van Pelt, played by the gorgeous Amanda Elizabeth Righetti.

The sub-plots that show the bonds that form between the various members of the team and the pranks they play on each other also are an integral part and parcel of what makes ‘The Mentalist’ so entertaining. The gruesome murders, tantalizing mysteries and the constant pranks and intelligent jokes by Patrick Jane are what take the show to the next level and it left me with a hole in my life after it ended. To fill up that hole and to get a grip on that withdrawal symptom, here’s the list of best shows similar to ‘The Mentalist’ that are our recommendations. You can watch several of these movies like ‘The Mentalist’ on Netflix, Hulu or Amazon Prime. 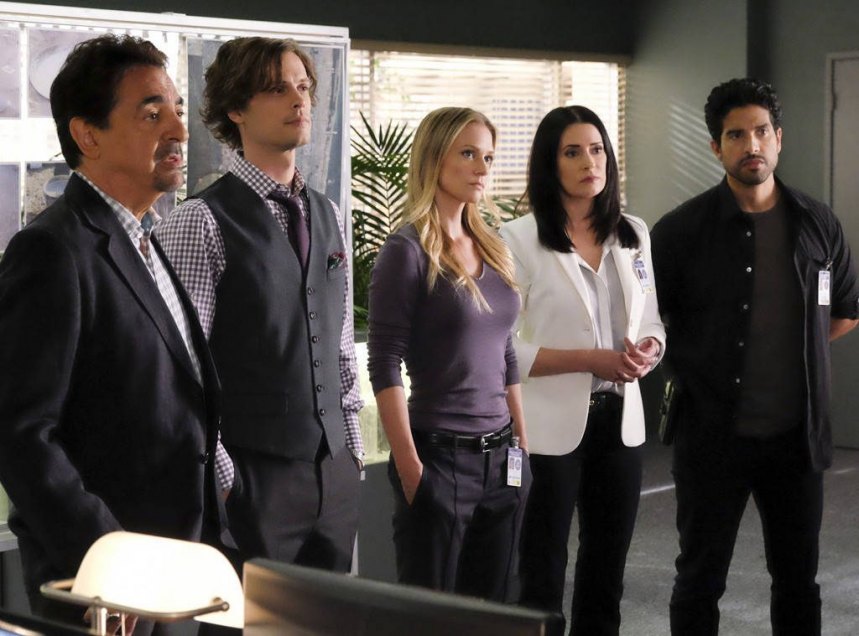 If you are a true crime-solving fan, then you must have heard of ‘Criminals Minds’. It is an American police drama that premiered in 2005 and is still running with it being renewed for its 15th and final season in January 2019. This mind-blowing drama that takes inspiration from many real-life crimes revolves around an elite team of the Federal Bureau of Investigation profilers. The Behavioral Analysis unit analyses and tries to understand the most abhorrent criminals to predict their next move and in the process, stop them from hurting innocent people.

Over its course of 15 years, the show has seen many great actors portray and retire, the most famous of them being Jason Giddiyan, played by Mandy Patinkin. He retired from the show after three seasons claiming that the show was too gruesome for his taste. The series has evolved over the years and its members David Rossi (founding member), Emily Prentiss, Dr Spenser Reid. Jennifer Jareau, Tara Lewis, Luke Alvez, Simmons and Penelope Garcia have captured more serial killers than we can count. The show is stimulating and capturing of our imaginations not just with the thrill but with empathy and complicated emotions with great plot lines and steady character development. It is definitely the go-to show if you want something to fill your life with and guess what, with 24 episodes every season (except the 14th), it will keep you going for a long, long time. 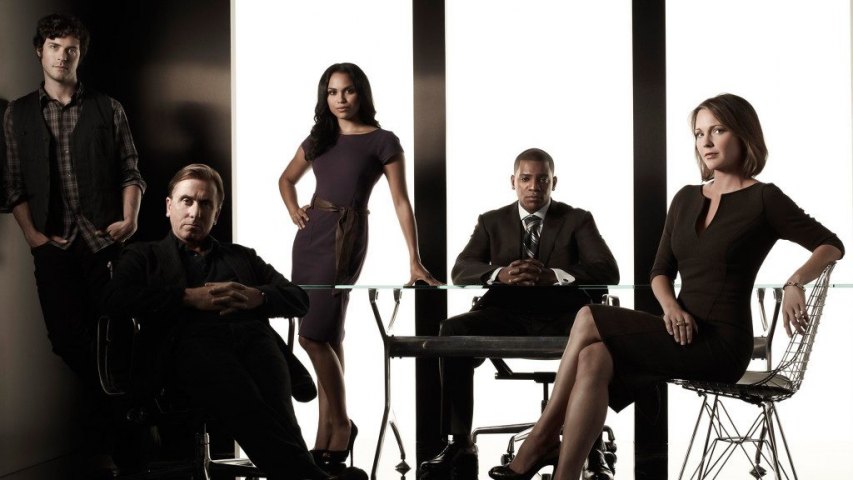 Now this one is a little dicey. Though it follows the pattern of ‘The Mentalist’, it is a show about a brilliant man, an expert in the science of body language and ‘micro expressions’, who was unfortunately short-lived and has only 3 seasons. Though it did not receive the acclaim or interest that it should have, it is definitely top on my list of a binge-worthy crime-solving show.

The concept of the show is simple — Dr Cal Lightman, played by the brilliant Tim Roth, suffers the ordeal of his mother’s suicide as a young boy making him obsessed with body language and micro-expressions so that no one can ever lie to him. He uses his talents to set up a private practice to help local and applied law enforcement agencies to solve crimes and find out the truth with applied psychology. Added to the intrigue, is, of course, the beautiful colleague, Dr Gillian Foster who analyses patterns of voice, language and behaviour. The most beautiful storyline, however, is the father-daughter relationship between Cal Lightman and his teenage daughter Emily Lightman, played by Hayley McFarland. 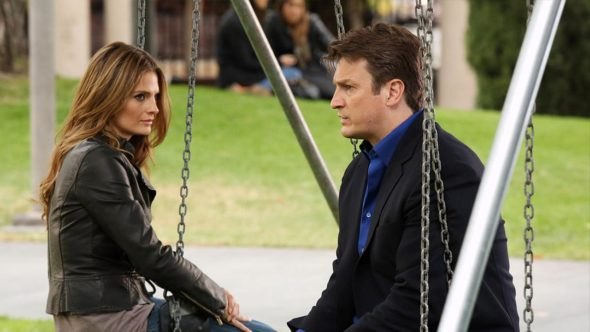 So it is always fun to watch a show where an outsider is called in to help a law enforcement agency and he becomes an integral part of the organisation. ‘Castle’ is similar but upside down, making it a hilarious procedural drama that is a must watch. A high profile crime author is asked for help when a psychopath starts killing people based on his books. During the case, Castle, played by Nathan Fillion finds himself gravitating towards the beautiful, tough lead detective (played by Stana Katic) and uses his influence to follow her around and help with real-life cases using his experience as a crime story-teller. What ensues is 8 seasons of nail-biting humorous, dramatic and sometimes chilling crime fighting entertainment. 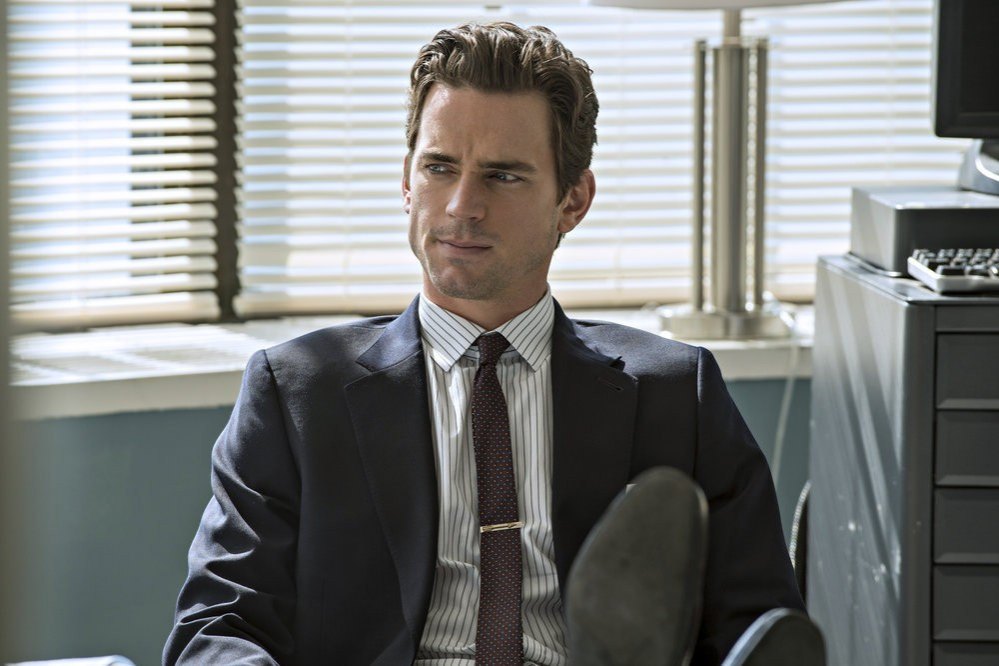 It is obvious that a good crime television story is filled with suspense, humour, excitement and good story-telling. What is even better is amazingly gorgeous eye-candy in the form of Neal Caffrey, portrayed dashingly by Matt Bomer, who is a conman under the custody of the FBI. FBI agent Peter Burke, played by another striking actor, Tim DeKay, has finally caught his nemesis Caffrey and uses his skills to solve other white-collar criminals. In the span of six seasons, we get to experience a steady paced cat and mouse game with wonderful twists and turns and the blossoming of an unlikely but beautiful friendship. If you’re looking for a show with an intriguing story-line full of thrilling moments, then you should check this out . 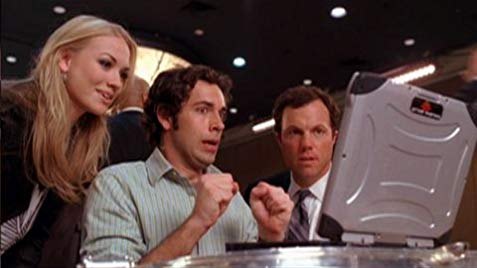 We all know that governments across the world have millions of secrets hidden away from us regular citizens. Imagine if we got a hold of all those secrets. Well, that is what happens to Chuck Bartowski, portrayed as a goofy nerd by Zachary Levi, who downloads innumerable government secrets into his brain. This leads him to be hired by the NSA and CIA as an agent — yes, a nerd becomes a SPY. Can it get better than this? Yes, it can, in the form of stunning Yvonne Strahovski, who plays Chuck’s handler, Sarah Walker. The unique spy action, comedy, family drama show also has there amazing cast members such as Joshua Gomez who plays Chuck’s best friend Morgan Grimes. Adam Baldwin plays the tough and unsmiling Colonel, John Casey. Ellie Bartowski, Chuck’s sister is portrayed by Sarah Lancaster and the handsome Ryan McPartin plays the role of her perfect husband, Devon Woodcomb. 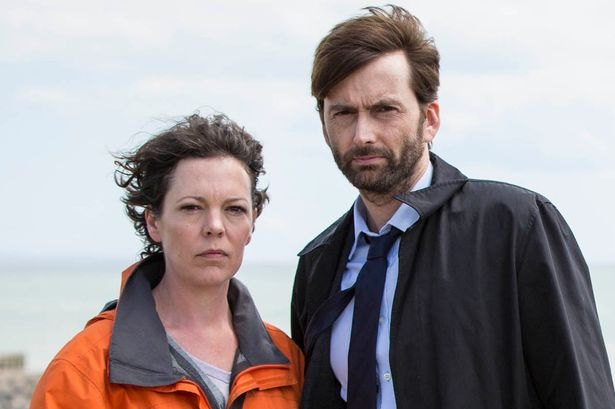 In the mood for some grim hideous murder, hauntingly engrossing acting and brilliant story-telling? Then the British miniseries, ‘Broadchurch’ is the show for you. Set in a devastatingly beautiful coastal town, ‘Broadchurch’ tells the story of the murder of an 11-year-old boy who creates a media turmoil and threatens to disrupt the peace of a small community where everyone is a suspect. The stunning performances by David Tennant, who plays the grumpy lead detective Alec Hardy, and assistant detective Ellie Miller, portrayed by Olivia Colman, further elevated this series to a whole different level. 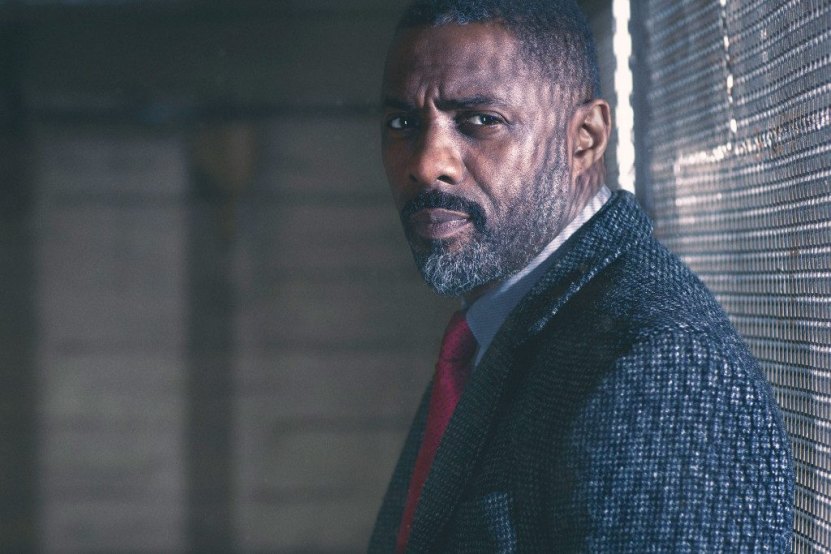 Another British masterpiece, ‘Luther’ is the kind of crime drama television series that will make you think twice about travelling to London the next time. What will keep you glued to the screen, however, is the story of a dedicated but obsessive and sometimes even violent detective who is torn between his dedication to his job and the darkness that has surrounded him because of his job. Intrigued already? Maybe, this will seal the deal. The titular role is played by none other than the sexiest man alive — Idris Alba. 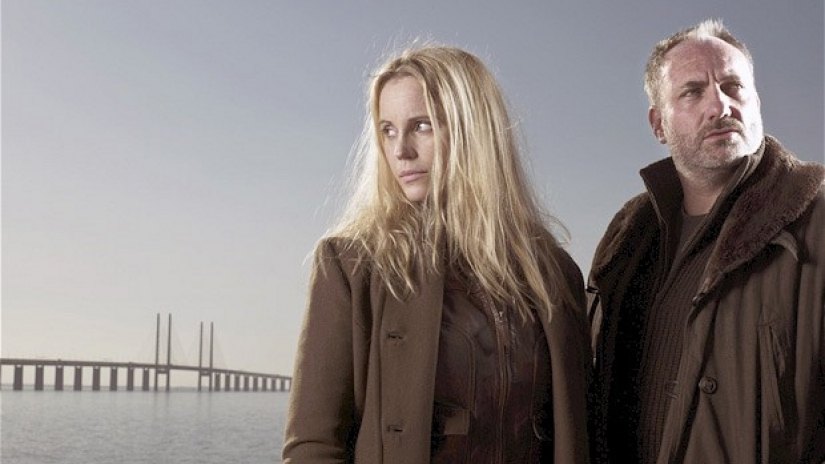 The internet is still a wonder to me. Not only has it transformed the world into a global village but it has given people the opportunity to appreciate and explore art and culture from different parts of the world. This wonderful technology has led me to one of the most brilliant co-productions. A Swedish and Danish co-produced show, ‘The Bridge’, tells the story of two detectives, one from Sweden and the other from Denmark, who discover a body on the border between the two countries . Not only does the show offer us with thrill and major twists and turns but it also shows the differences and similarities of these two beautiful cultures. 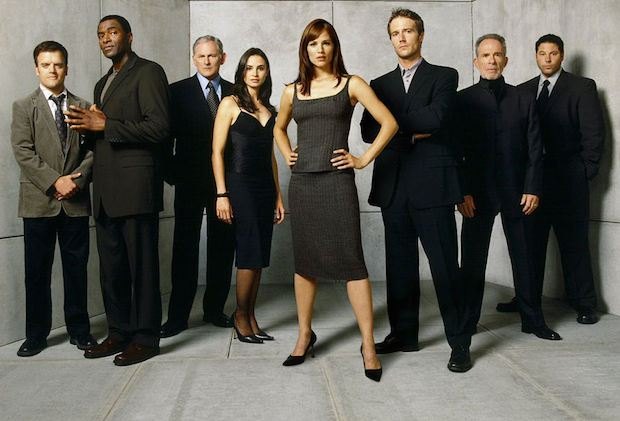 Taking a stroll down memory lane, what I landed on is a gem called ‘Alias’. Created by none other than J.J. Abrams, the series follows the life of a double agent (working for the CIA,) Sydney Bristow, played by the amazing Jennifer Garner. It all starts when Bristow is an undergraduate student and recruited into the CIA, or that is what she was told. Seven years later, when she tells her fiancé that she works for the CIA, he is killed. She soon finds out that she has actually been working for an organisation called the SD-6 which is anti-America. This is when she decides to provide her services to the real CIA as a double agent in order to take down SD-6 from within. 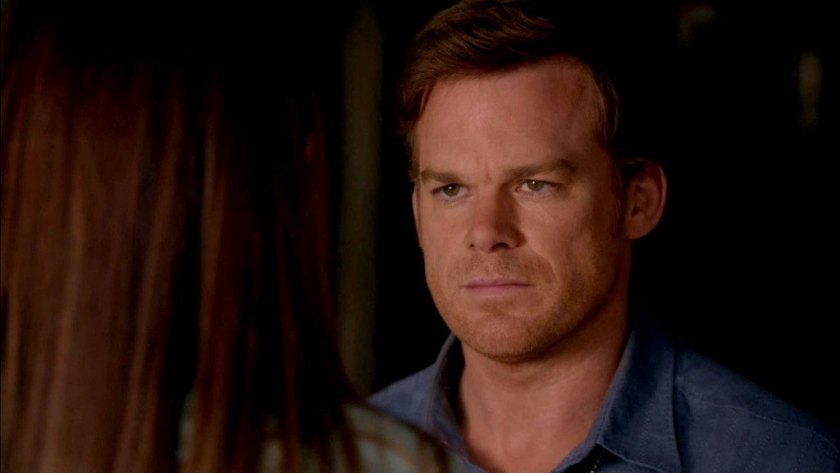 Now we are entering the zone of psychological thrillers. The concept of ‘Dexter’ is something which was extremely creepy, for a lack of better word, when it first released in 2006. The show is set in Miami where Dexter, played by Michael C. Hall, is a forensic technician who analyses blood splatter. What he really is, is a serial killer. Yup, you read that right, the protagonist of the show is a serial killer himself. In a weird way, however, he is the good guy because the people he kills are heinous criminals who’ve escaped the justice system. Sounds weirdly interesting? Well, what are you waiting for? Go on, binge watch already! 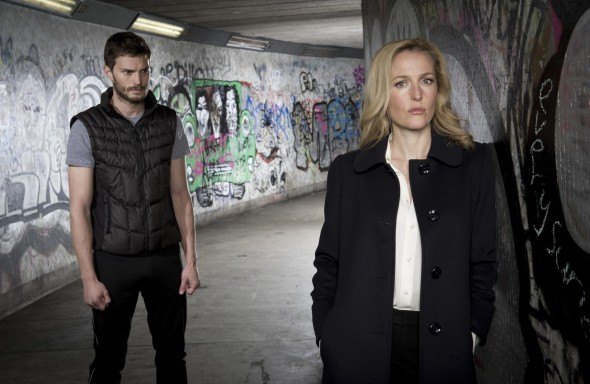 Talking about creepy, here comes a show that is not only focused on a serial killer but a killer who lives a normal life with a wife and child. This British-Irish crime drama is set in the city of Belfast in Northern Ireland and follows the cool DSI Gillian Anderson, played by Stella Gibson, as she reaches Belfast to review the progress of a murder investigation which is soon found to be a series of unsolved rapes and connected murders. By this time, we are aware that the serial killer is Paul Spector, a social worker and family man. The cat and mouse game that ensues is both intriguing and most definitely disturbing. 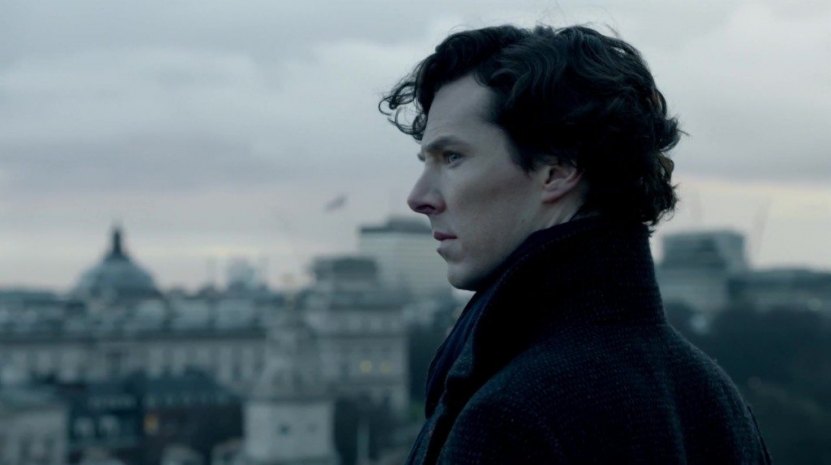 Saving the best for last! Sir Arthur Conan Doyle’s ‘Sherlock Holmes’ has been an inspiration for crime novelists and filmmakers for decades now. How can something so beloved become even more remarkable? Well, that’s simple, base the stories in the 21st century with advanced technology and then cast Benedict Cumberbatch as the eccentric Sherlock Holmes and Martin Freeman as the loveable, bumbling side-kick, Dr John Watson. Now combine these two brilliant actors with Mark Gatiss as the even more intelligent older brother of Sherlock Holmes, Mycroft Holmes and finally the ingenious Andrew Scott as Professor Moriarty. What you get is an intelligent, humorous, thrilling and binge-worthy masterpiece.