Mindhunter, the recent Netflix show on serial killers, made big waves when it came out. David Fincher’s show was a methodical exploration of the workings of serial killers and the formation of the BAU or the Behavioral Analysis Unit within the FBI that would track said criminals. A chilling and well-made television show, it was a treat for those who love serial killers and crime stories. Here’s the list of TV shows similar to Mindhunter that are our recommendations. You can stream some of these TV series like Mindhunter on Netflix or Hulu or Amazon Prime. 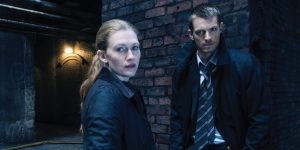 Based on the Dutch television show, this story is centered around the murder of Rosie Larsen. The investigation uncovers various secrets and interferes with the Seattle police department, an ongoing political campaign and Larsen’s own family. The detailed investigative process and the steady pace of the show take the viewers deep into the details, something which Mindhunter viewers are likely to enjoy. 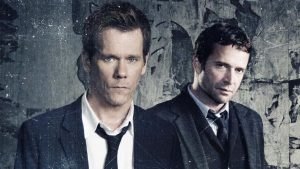 The Following is mainly about Kevin Bacon as Ryan Hardy, a brilliant FBI agent with a troubled personal life and his arch nemesis, if we may so call him, Joe Carroll. Carroll is a charismatic English teacher who quotes Poe by day and is a ruthless serial killer by night. However, that’s not all, Carroll assembles his own cult of like-minded psychopaths who are enchanted by Joe’s personality and look to him as a leader. A gripping and fast-paced show, they garnered a massive fan following in their first season, which I feel was the best this show had to offer. The other two seasons while still continuing down the same road and playing with the same elements did not quite capture the thrill that the first season permeated. If serial killers excite you, then Joe Carroll will keep you hooked! 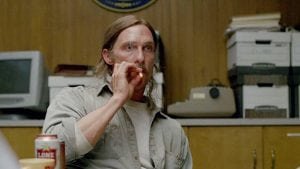 One of the finest detective-shows to have come out, this show not only enters the mind of the criminal but also that of the detectives. The muted landscapes, the hint of violence, the perpetual human condition are all aspects that this show shares with Mindhunter. The acting and the stories are stellar and if you’re getting over Mindhunter, True Detective is the perfect replacement for you. 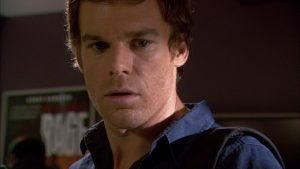 If serial killers interest you, then Michael C. Hall as Dexter is bound to leave you glued to the screen. A killer with a code, the show deals with a serial killer who only kills other serial killers. Dexter works for the Miami Police as a blood splatter analyst. However, he is a vigilante serial killer by night, that is, he only kills people who escape the long arm of the law. An exclusive peek into the twisted machinations inside the mind of a killer mostly from a first-person narrative, this show is bound to be a treat for those who enjoyed Mindhunter. 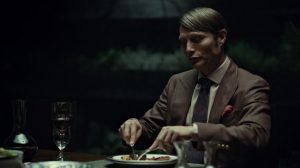 Doctor Hannibal Lecter is one of the most well known fictional serial killers. An exceptionally smart man with an enjoyment for the aesthetic of killing, Lecter is an exceptionally twisted individual. Will Graham the FBI agent who brings him down studies criminal behavior and narrows in on Lecter. If criminal methodology attracted viewers to Mindhunter then Hannibal will please them to no end. 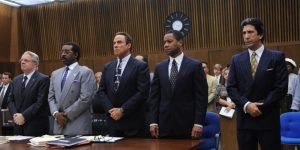 One of the best things about Mindhunter is that the killers shown on the show actually exist. So if you enjoy that then look no further. If crime gets your blood pumping and gets you all excited, then you need to look no further. This is one of the best crime shows out there at the moment. A true crime anthology with standalone seasons, the first season dealt with OJ Simpson’s case and the second is about Gianni Versace’s assassination. A third and fourth season is already in the pipelines with the third likely to be based during the aftermath of Katrina and the fourth will be the delicious Clinton-Lewinsky scandal. 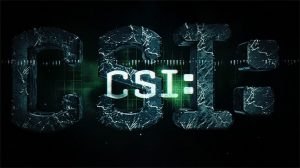 CSI which stands for Crime Scene Investigation is a franchise that has expanded to CSI: Miami, CSI: New York and even a show about the cybercrime division. However, all these narratives despite their different settings follow the forensic investigative team and their brilliance as they crack cases. CSI provides a fresh look at crime and makes us viewers realize that the detectives often get all the credit for catching the killers but the major part of the deduction process is done by scientists in a lab who study the forensic evidence and give their reports to the detectives. While Mindhunter approaches criminal apprehension through behavioral science, this show approaches it through forensic science. 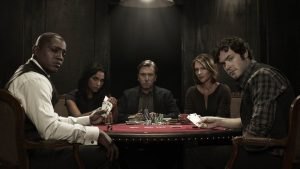 A television show starring Tim Roth, this story is about a team of detecting micro facial and body expressions to detect lies. Dr. Cal Lightman played by Roth is a body language specialist and often teams up with the FBI to catch killers. This show is strikingly similar to Mindhunter in its foregrounding of profiling, while Criminal Minds profiles its victims based on behavior, Lightman profiles them based on physiognomy and applied psychology. 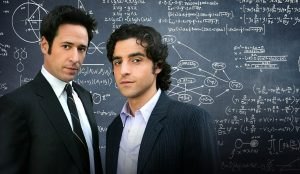 This show focuses on Charles Eppes who is a Caltech mathematician and his brother Don who is with the FBI form a formidable team where they catch criminals using statistics and mathematical algorithms. Whereas the entire process is simplified and often generalized for the audience, it is an enjoyable show nonetheless. The approach taken towards solving a crime here lies not in the profile of the criminals but in the numbers. 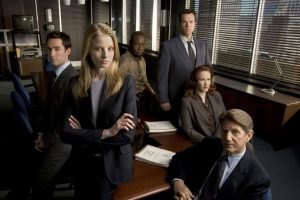 Rebecca Locke played by Rachel Nichols is the protagonist of this show. She is shown to be a member of the Violent Crimes Unit of the FBI and an agent with a dark mysterious past. The profiling here is based on Rebecca’s own experiences as an abducted child and she can understand the mindset of the victim and the perpetrator. The insightful profiling will remind us of the two agents of Mindhunter. 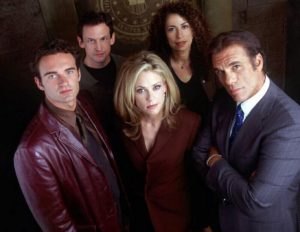 This show ran from 1996 to 2000 and almost seems like a precursor to Criminal Minds. The show stars Ally Walker as profiler Dr. Samantha Waters who is affiliated with the fictional Violent Crimes Task Force of the FBI in Georgia. The show is very well made and gives a lot of valuable insight into profiling criminal behavior and is bound to fill the gap that a Mindhunter viewer might be going through. 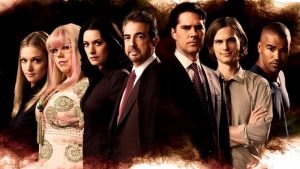 Criminal Minds is one of the better crime procedurals out there. The story follows a team out of the BAU (Behavioral Science Unit) of the Feds and they help local law enforcement capture criminals by profiling them. While this brings the bureau in contact with some smart but twisted minds in the US, the brilliance of the team, a collective effort, and sheer perseverance usually ensure positive results. Since the BAU would not have existed without the efforts of the agents in Mindhunter, fans of the show should definitely go and check this out.