A show where popular characters from the Disney franchise and popular literature interact with ordinary people and try to fit into the human world as we know it. This fantasy drama television series follows these characters as they are robbed of their memories by an evil curse. If you are looking for more TV series like Once Upon A Time, you are at the right place. Here’s the list of TV shows similar to Once Upon A Time that are our recommendations. You can stream some of these TV shows like Once Upon A Time on Netflix or Hulu or Amazon Prime. 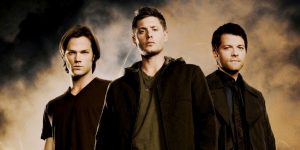 This show follows the two brothers Sam and Dean Winchester as they hit the road killing demons, hunting monsters and generally saving society and the world from big bad things. If Once Upon A Time appeals to you for showing characters from literature onto the screen, then Supernatural is right up your alley as they heavily use Biblical myths, urban legends, and cult horror figures. A well made if somewhat drawn out television show, the Winchester family will have you hooked to their saga in no time at all. 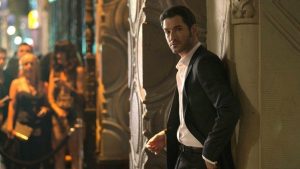 If creatures from literature and folklore living amongst humans and adjusting to their ways of life are what you’re looking for, look no further. The devil comes to the City of Angels – Los Angeles. This show which is a supernatural crime procedural sees Lucifer having abandoned his post as the king of hell to own a nightclub in LA and assisting the LAPD to punish criminals. The show also stars Maze, a demon, and a couple of angels straight out of the Gospels. An engrossing show, this is a worthy watch for fans of Once Upon A Time. 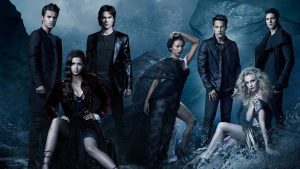 An American supernatural drama about two vampire siblings living in Mystic Falls. If supernatural beings adjusting to a human way of life is your thing, then this is the show you must watch. These siblings have a tough time adjusting to society and things get complicated when one of them falls in love with a human. However, they ultimately get over their differences and protect her and the town from various evil forces. A well-made show with a wide array of emotions, this show will definitely have you hooked in no time. 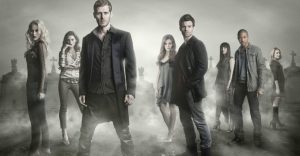 The origins of this show is a spin-off to Vampire Diaries (excuse the wordplay). The plot follows a vampire-werewolf hybrid and his family and their entanglement with supernatural politics of New Orleans. The CW show has garnered positive reviews and earned praise and why not for its quirky subject matter. Once Upon a Time show, fans might take a liking to this show for a lot of supernatural creatures make their appearances, of course, keeping in mind that said creatures would probably be villains in the Once Upon A Time universe. Anyhow the plotline and the political entanglements make for a gripping watch. 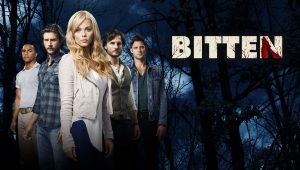 A Canadian show based on Women of the Otherworld series of books. This show has a fascinating premise and something that Once Upon A Time fans will find resonating with them – a balance between normal life, and supernatural obligations. The show follows the premise of Elena Michaels in the first season as she is torn between the love of her life and her duty to the pack. To complicate matters, her pack includes her ex-fiance who was the one who turned her. The second season is centered around the reunion of two witch sisters. The interplay of the human and supernatural world makes this show a thoroughly enjoyable experience. 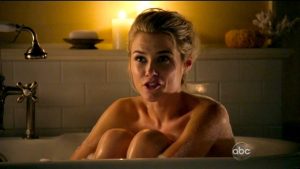 Once Upon A Time kind of shifts focus to the magical characters who are sent to the human world. Somehow, a narrative that gets subverted is how the humans in that society suddenly react to say, watching Snow White go apple shopping. This show is the perfect mirror for that as it focuses on how the humans deal with supernatural demonic forces. The story focuses on Jane and Henry the co-managers of Drake residential hotel at 999 Park Avenue. However, they soon realize along with the upscale tenants that something demonic might be in possession of the hotel. A show that’ll send chills up your spine and intrigue you, get ready to binge on this show if you begin to watch it.