8 TV Shows You Must Watch if You Love Rosehaven

‘Rosehaven’ is an Australian comedy show created by Celia Pacquola and Luke McGregor. Rosehaven is the name of a small town in Tasmania, and this is the place where the events of the series are set. The central character of the show is a man named Daniel McCallum. When Daniel’s mother is having troubles running their family real estate business, Daniel decides to return home and help her out; and thus returns to his hometown of Rosehaven. Once there, Daniel suddenly comes across his best friend, Emma Dawes. She had gone for her honeymoon with her husband, but somehow the plan did not work out. To get away from her husband, Emma comes to Rosehaven. The two friends gel well, but somehow the townspeople of Rosehaven keep creating problems for them.

If you enjoyed watching this show and are looking for more shows that explore similar story-lines and themes, then you have come to the right place. Here’s the list of best shows similar to ‘Rosehaven’ that are our recommendations. You can watch several of these series like ‘Rosehaven’ on Netflix, Hulu or Amazon Prime. 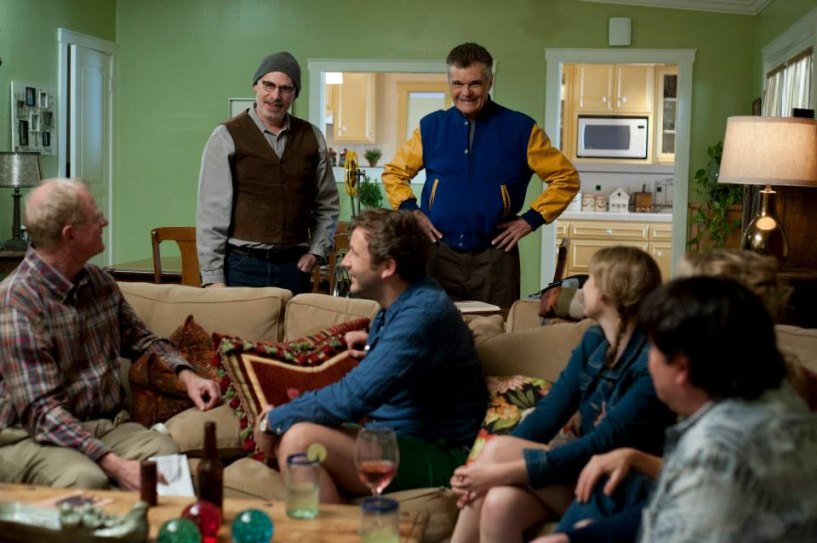 Christopher Guest is the creator of ‘Family Tree’. The most interesting aspect about the show is that it is shot like a documentary, a format of comedy shows first popularized by ‘The Office‘. The central character of the series is a 30-year-old man called Tom Chadwick. One fine day, Tom suddenly forgets everything about his own identity. He comes across a box which can provide him with the true meaning of who he actually is. This box has been given to Tom by his aunt. With the help of the box’s different contents, Tom begins to learn a lot about the lineage of his family. The different items in the box are clues which show how different members of his family are spread across both sides of the Atlantic. Interestingly enough, the British media was not that appreciative of this series as their American counterparts. 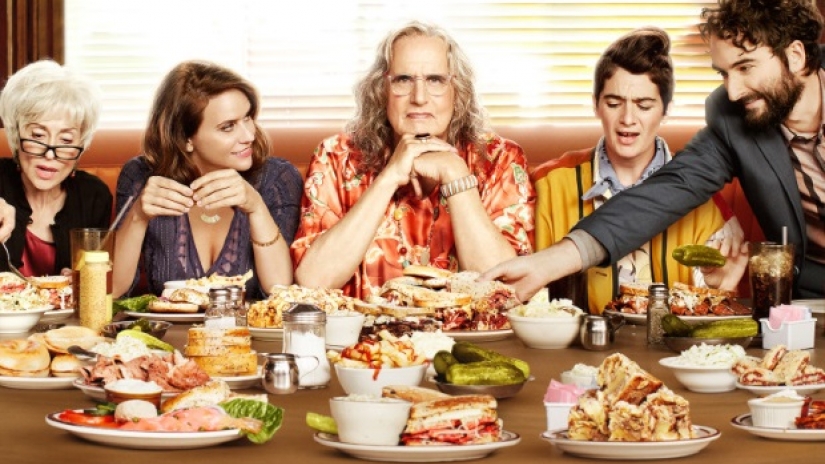 ‘Transparent’ is an Amazon original TV series created by Jill Soloway. The central character of the series is an elderly man called Morton Pfefferman. Morton is a retired professor of political science who used to teach at UCLA. One fine day, he decides to reveal a huge secret about himself to his children, and thus calls all of them to dinner. However, Mort is not able to say what he wants to during the course of the dinner because his children make themselves the center of the conversation all the time. The truth that he wants to reveal to his children is that Mort has always identified himself as a woman. He also announces that he wants to call himself Maura henceforth. This secret gets revealed when Mort spots his daughter with her ex-boyfriend. When the father learns the daughter’s secret, he shares his secret with her as well. Once this happens, a bridge is created and numerous secrets from each of their lives begin to pour forward. The series received positive critical acclaim throughout its run. 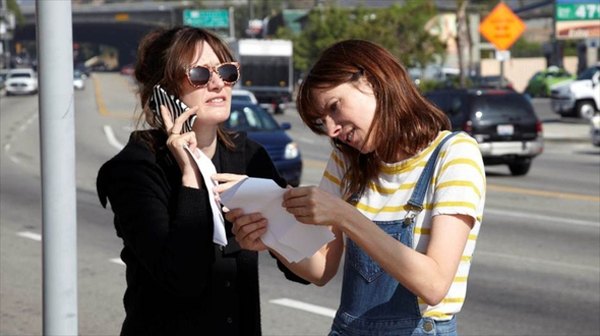 Emily Mortimer and Dolly Wells, two real-life best friends, star in this improvised comedy series. They use their real names in the series and portray two women who have been friends for long. However, their relationship goes through certain trials and tribulations throughout the show. The entire arc that their friendship goes through is during the shooting of a Hollywood movie. Em is playing an important character in the movie and needs a reliable person to work as her assistant so that she can solely concentrate on her role. She decides that her friend Doll can be the perfect person to act as her assistant. However, when your best friend becomes your assistant, there is naturally a shift in the dynamics of the relationship you have shared until now. This is what exactly happens to these two friends. ‘Doll & Em’ received mixed to positive responses from both critics and audiences during its run. 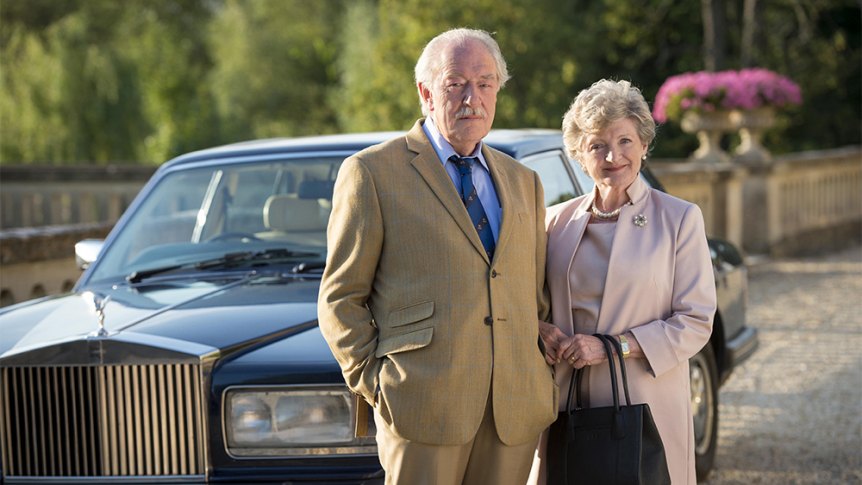 ‘The Casual Vacancy’ is adapted from a book written by one of the most famous authors of all time – the creator of the Harry Potter series J.K. Rowling. The show is a miniseries set in a small English village called Pagford. Though this series is not essentially a comedy like ‘Rosehaven’, it still deserves a mention on this list because just like the latter, ‘The Casual Vacancy’ is also based on the residents of a small town and their interpersonal relationships which affect our leading characters. A building in the village called Sweetlove House becomes a matter of huge controversy among the residents. While some people under the leadership of Howard Mollison wants to demolish the house, others led by Barry Fairbrother are strongly against it. 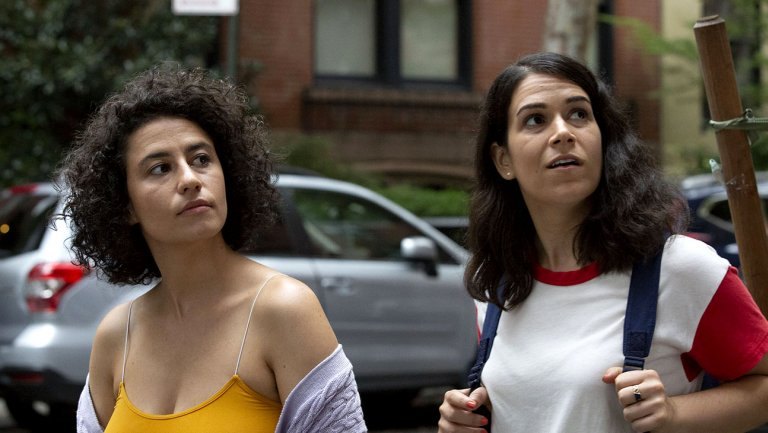 Ilana Glazer and Abbi Jacobson star in this Comedy Central original series. While Jacobson’s character is called Abbi Abrams, Ilana’s character is called Ilana Wexler. Abbi and Ilana are best friends but have completely different lifestyles. Ilana mostly spends her time pursuing hedonistic extravaganza. She even does not let Abbi, who wants to become an illustrator, work peacefully, and drags Abbi into her different plans. Abbi likes to enjoy too, but she is a more balanced out person; she knows how to draw a line between her work and her recreation. Whereas, Ilana has become a woman of disdain for even her co-workers, who believe she is more interested in smoking weed than working for the company. We observe these two characters as they navigate through New York in their 20s. The series received mostly positive reviews, but some have also said that they consider ‘Broad City’ to be a bit self-indulgent at times. 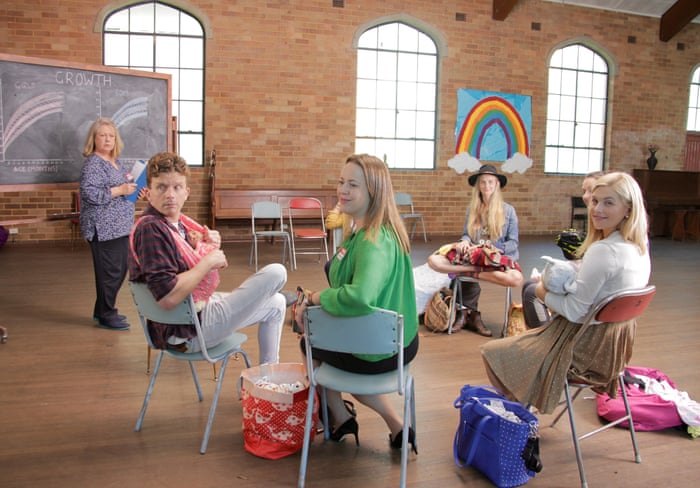 Being a mother is probably the toughest thing one has to do in this world. The amount of love, affection, care, and sacrifice she provides for her child cannot be compared to any other act in this world. Thus, a series made on how a woman tries her best to become a mother definitely sounds great. And this is exactly what ‘The Letdown’ is all about. The central character of the show is a woman named Audrey who has recently become a mother. Unable to find out what exactly she should be doing, Audrey decides to join a support group where new parents discuss their problems and try and help out each other. She even manages to make some friends from within the group. Moreover, she also takes help from the local drug dealer to raise her child. We follow Audrey as she manages to fit herself into the various facets of being an infant’s child. This naturally causes Audrey much stress in her own life. The series managed to receive positive critical acclaim throughout its run. 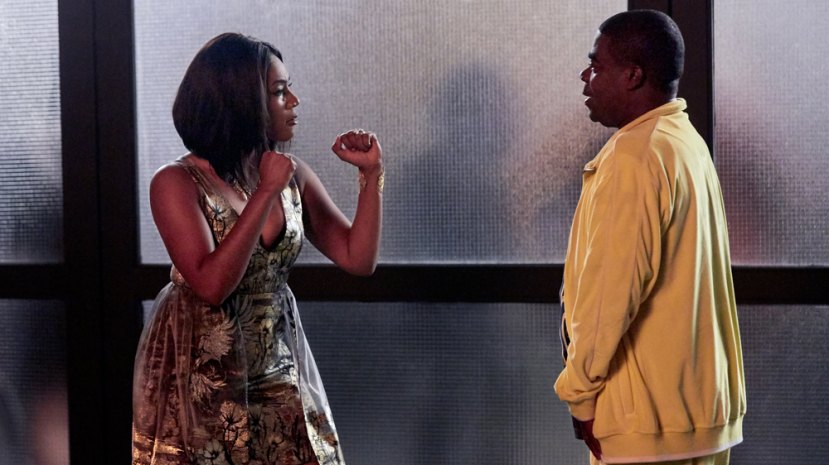 Jordan Peele and John Carcieri are the creators of this series. In the show, Tracy Morgan plays the leading character, Tray Barker. Barker has just been released from prison when the show begins, having been incarcerated for around 15 years. We follow this character as he navigates his way through New York and tries to take in all the changes that have happened in his Brooklyn neighborhood. On the personal front, after he went to jail, Tray’s girlfriend marries a white American and is raising their child with him. Tray now really wants to turn his life around and help his former girlfriend in raising their child. ‘The Last O.G.’ received positive responses from critics because of its socially aware content and performances by the leading characters. 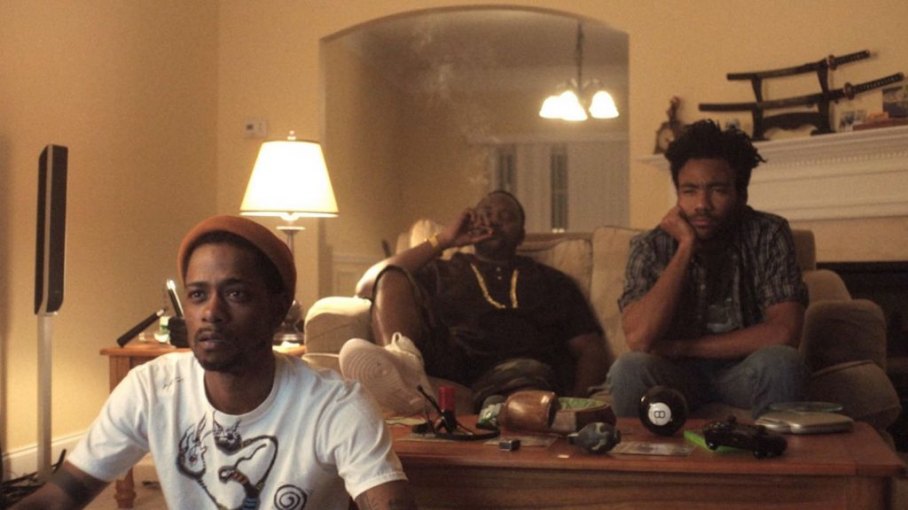 One of the most critically acclaimed comedy shows in recent times, ‘Atlanta’ is the brainchild of screenwriter/actor/rapper Donald Glover (whose stage name is Childish Gambino). The show is set in Atlanta, Georgia and follows the story of Earn, the manager of rapper Paper Boi who has become famous for one of his songs. However, Earn has many other problems going on in his own life and does not manage to propel Paper Boi’s career to huge successes. But Paper Boi, aka Alfred, keeps Earn as his manager as the two of them are cousins. We follow these characters as they try to navigate their ways in the modern world while making their music.

The series received unanimously positive responses from critics, and has also won two Golden Globe Awards for Best Television Series – Musical or Comedy and Best Actor – Television Series Musical or Comedy, and two Primetime Emmy Awards for Outstanding Lead Actor in a Comedy Series and Outstanding Directing for a Comedy Series, with all of the awards going to Glover himself.