The IT industry is one of the youngest industries in the world. However, it was not long before this industry became the fastest growing one in the entire world, with its pioneers like Bill Gates and Steve Jobs becoming billionaires while in their prime. Now that the IT industry has become the most influential when it comes to shaping the modern world, and it is no wonder that the entertainment industry would try to create some content about the same. Silicon Valley in the southern part of the San Francisco Bay Area in Northern California is the hub of the world’s IT industry, and this is exactly where the action happens in the similarly-titled TV series created by Mike Judge, John Altschuler, and Dave Krinsky.

The series starts with a character called Richard Hendricks, a software developer, who comes up with a new revolutionary data crunching application which is far superior to the ones available in the market right now. Richard hires some people after getting an investor for his product, but one of them betrays him and goes back to the place he was previously working for, revealing to them details about Richard’s work. Now with another similar product in the market, Richard has to come up with something spectacular in order to make his product stand out.

The series is a comedy that gives us an insight into the inner workings of the IT industry. We get to see the intense level of competition within the companies and how important it becomes here to protect one’s intellectual property rights. Besides the industry, we also get to know about the lives of Richard and the four people he founds his company with. If you have enjoyed watching ‘Silicon Valley‘, here are some other similar shows you might want to have a look at. You can watch many of these shows like ‘Silicon Valley’ on Netflix, Hulu or Amazon Prime. 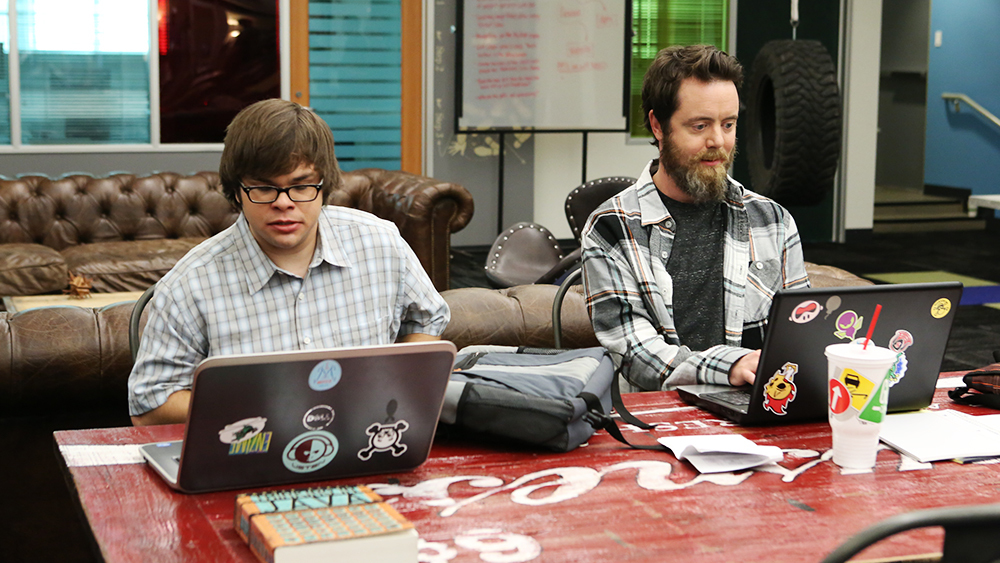 An Amazon original series, ‘Betas’ centers around four IT guys who come up with a brilliant idea for a social networking site which is set to change the way social media operates right now. Their app can make people connect with people they would love knowing because of their similar interests or lifestyle. This is a stark break away from other social media apps which just help us in keeping contact with our friends and family. To make their plan successful, these guys need two things- one, they need to hack into other social media sites for personal information, and two, they need an investor with deep pockets to greenlight their project in the first place. George Murcheson is their investor of choice, and to demo their product to him, the four friends decide to crash his party. Humor is not the strongest suit of this show, but the depth it travels inside the IT industry and shows us the difficulties in running a start-up is rather eye-opening. 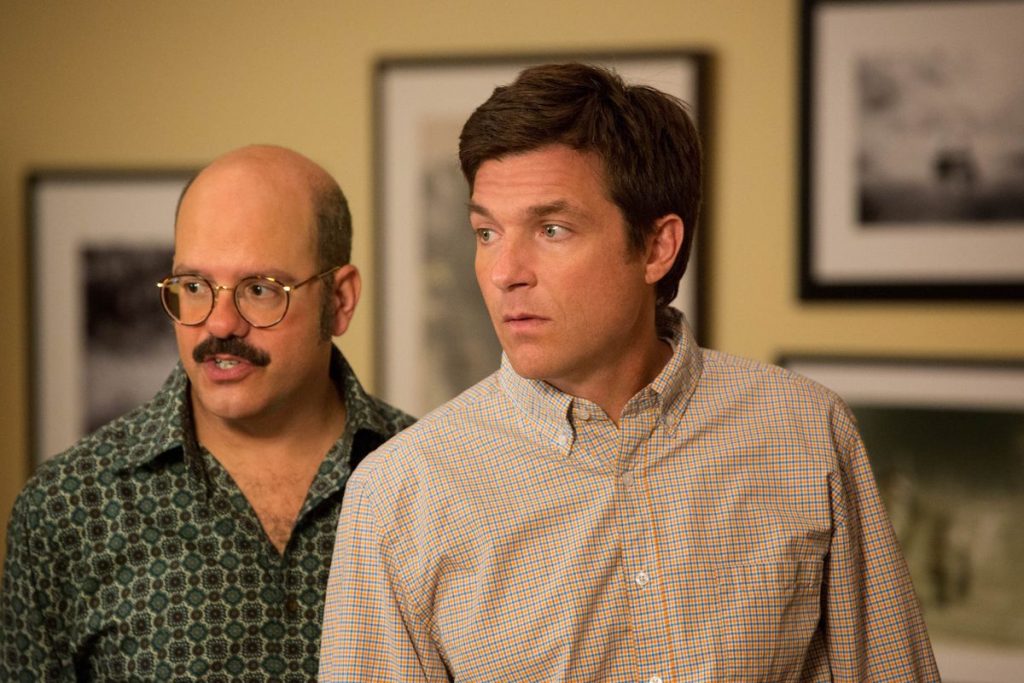 Created by Mitchell Hurwitz, ‘Arrested Development‘ is a sitcom which aired on Fox from 2003 to 2006 before being taken up by Netflix in 2013. The series focuses its attention on members of the Bluth family. Once upon a time, the Bluths’ company was one of the best in the business, but now they have fallen on hard times after the family patriarch gets arrested. In such a precarious situation, it is his son, Michael Bluth, who takes the reigns of the family in his own hands in order to guide them through these perilous times. The show is not really related to the IT industry like ‘Silicon Valley’, but the pressures of making a business run and an eagerness to get ahead of one’s competition which we see in the latter series, also find a place in ‘Arrested Development’. The character of Michael Bluth is played by Jason Bateman with great finesse. The show’s humor is extremely layered, thus making it a highly rewatchable series. 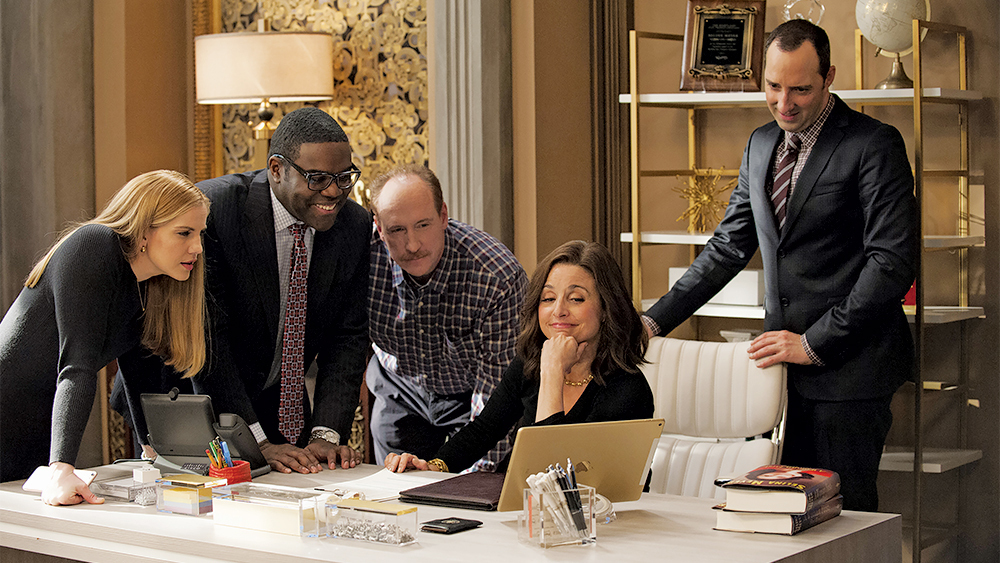 Julia Louis-Dreyfus first came into prominence after her role in the acclaimed sitcom ‘Seinfeld‘ where we got to witness her inimitable comic timing and acting prowess for the first time. In the HBO series ‘Veep‘, the actress takes it to another level altogether. Here, we see her playing the role of Senator Selina Meyer who gets to become the Vice President of the United States of America. It is through her eyes that we get to see the inner workings of the White House and the constant power plays that go on in the world of American politics. The character of Selina Meyer is what has constantly drawn audiences to this series. In this world of power where men rule the roost, she takes the White House by storm and establishes herself as a force to be reckoned with. The show beautifully brings in aspects of both her personal and her public life within the narrative, thus providing us with one of the most important political satires of this century. 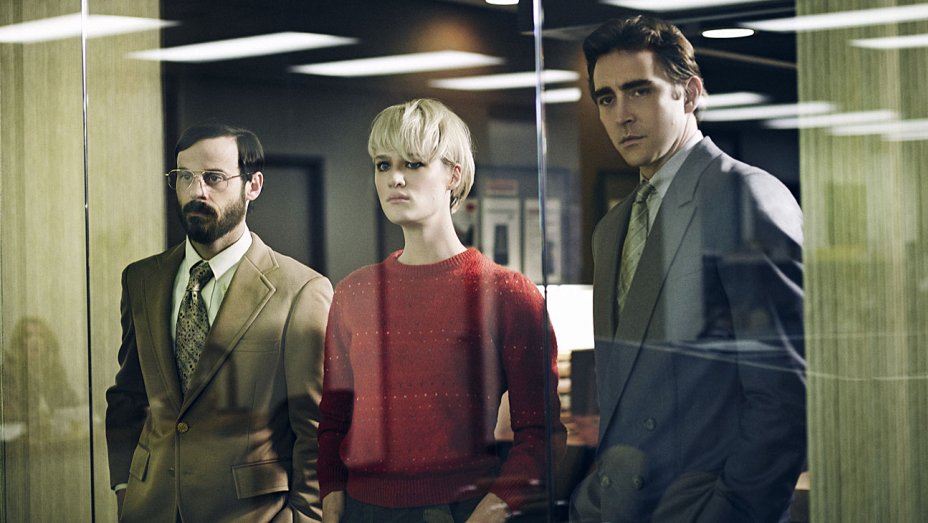 Despite not being a comedy, ‘Halt And Catch Fire‘ is a show which thoroughly deserves its place on this list. This show is especially for those of you who have enjoyed watching ‘Silicon Valley’ because of the techy aspect of the series. Both shows in this case tow a similar line when it comes to the inside of the IT industry. However, ‘Halt And Catch Fire’ is set in the 1980s when the OC revolution stormed the world and changed its course forever. The story of the show centers on a trio comprising of a visionary leader, an engineering wizard, and a computer prodigy. They plan to create a revolutionary personal computer and become competition for the most formidable computer company till then, IBM. The show boasts of a unique visual style which sets it apart from its contemporaries. 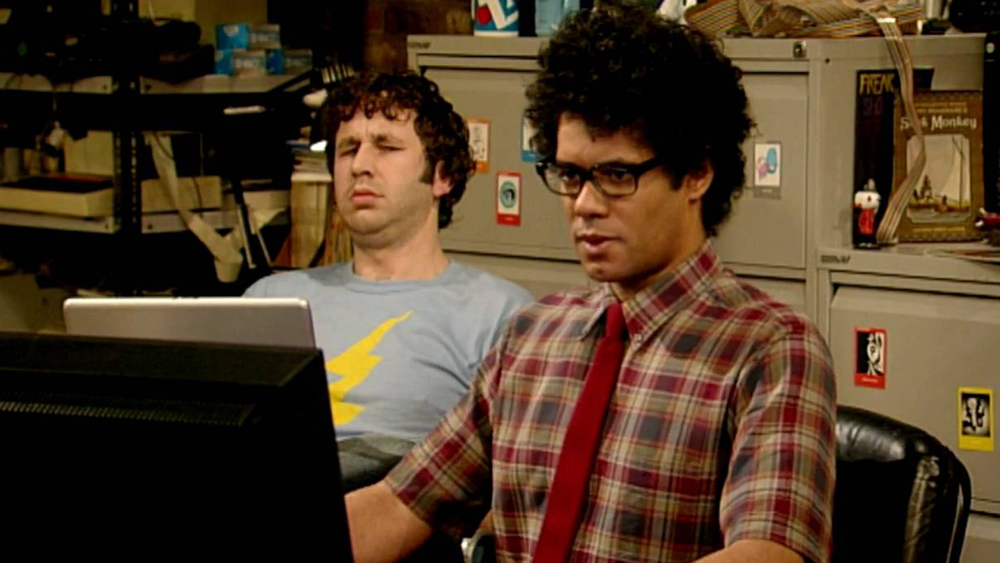 A Channel 4 original sitcom, ‘The IT Crowd’ is the story of three workers at the IT department of a major British company. While the rest of the people who work for the company enjoy themselves at their posh offices, these three characters are based out of a small and dingy basement. The three main characters here are just workers in the huge machinery called the IT industry, and are in no capacity, geniuses like Richard Hendricks in ‘Silicon Valley’. The show is basically a look at the world of business from the perspective of the techies. While their bosses in the company are sexist and incompetent, our three major characters are good at what they do though they can never manage to find a date for themselves. The comedy in the show works quite well, but certain parts of it are quite predictable. Besides the work life of the characters, there is equal interest shown in their personal lives as well. 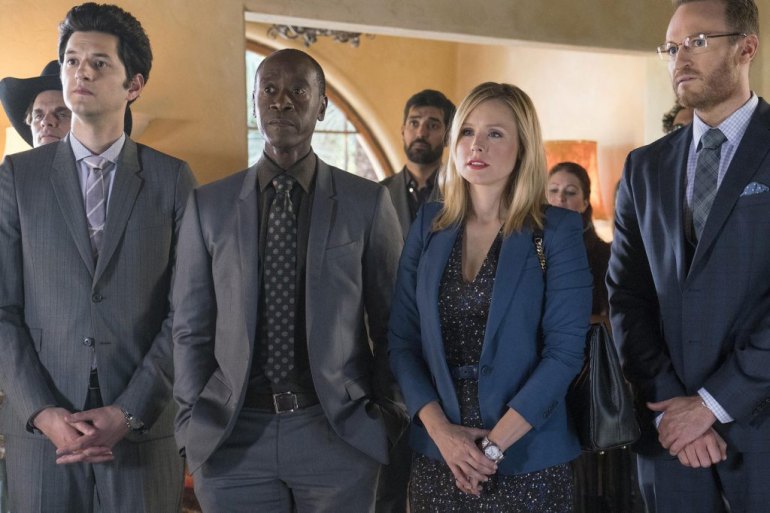 Don Cheadle is now well-known across the world thanks to his work in the Avengers films. But long before that, he had already established himself as a solid actor, especially in comedies. His work in the Showtime series ‘House Of Lies’ is a prime example in this regard. Here, Cheadle plays the character of Marty Kaan, a management consultant who is bound to remind you of Frank Underwood in ‘House Of Cards’. Just like Frank, Marty is ready to do anything and everything required to make his business successful. Marty often breaks the fourth wall to communicate directly with the audiences while other characters remain unaware of the same. The series serves as a satire of the world of American business where deceit, manipulation, and debauchery are the order of the day. 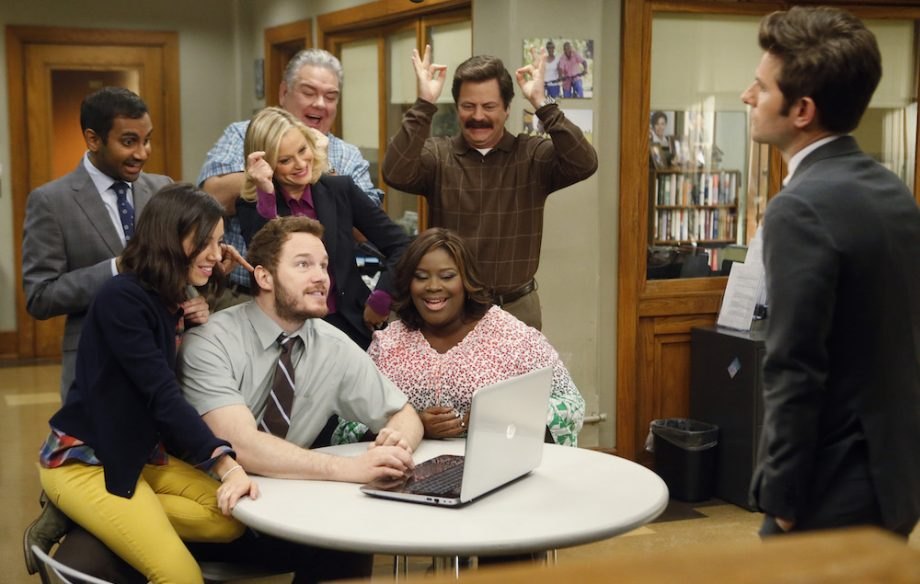 Created by Amy Poehler, this NBC sitcom finds the iconic comedian playing the role of a mid-level government bureaucrat in the town of Pawnee, Indiana. When a massive pit left in one part of the town is causing a lot of accident, Leslie Knowles, Poehler’s character, takes it upon herself to construct a park in that area. However, what she does not realize is that she has to go through a long and meandering road of government policies and people to finally materialize the job done. Besides being a layered comedy with deep subtextual references, the show also takes a look at how politics at times comes in the way of doing something good for a community.