7 Best Shows Like ‘Star Trek: Picard’ You Must See 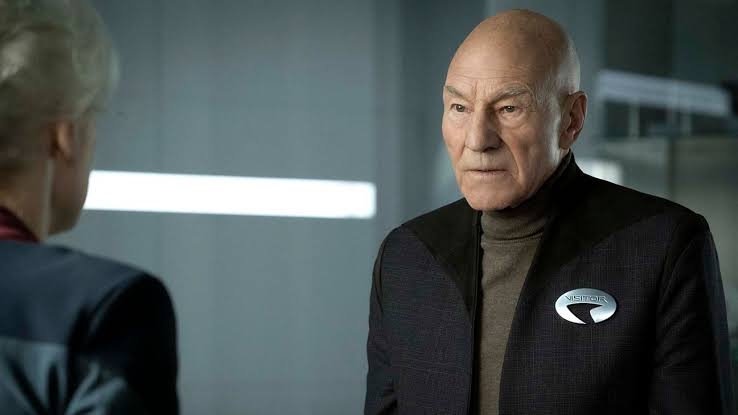 When we talk about the most popular film or television franchises in the world, one name which is bound to come up is ‘Star Trek’. With its massive range of 13 movies, eight TV shows, three animated shows, merchandise, games, action figures and so on, ‘Star Trek’ has influenced popular culture unlike anything else.

Therefore, when this franchise comes out with a new TV series, it is bound to send fans into a frenzy. ‘Star Trek: Picard‘, the eighth series of the franchise, centers around one of the most popular characters of the ‘Star Trek’ universe, Jean-Luc Picard (Sir Patrick Stewart), the former captain of the starship USS Enterprise.

However, when this series begins, we see him leading a happy and peaceful retired life. This peace proves to be short-lived as we soon see a woman called Dahj coming to Picard and telling him about how a group of Romulan assassins is out to get her. The series is a fine blend of drama and science fiction and treads a territory hardly witnessed earlier in this franchise.

If you have enjoyed watching ‘Star Trek: Picard’, here are some other shows you might want to check out. Many of them are available on Netflix, Hulu, or Amazon Prime. 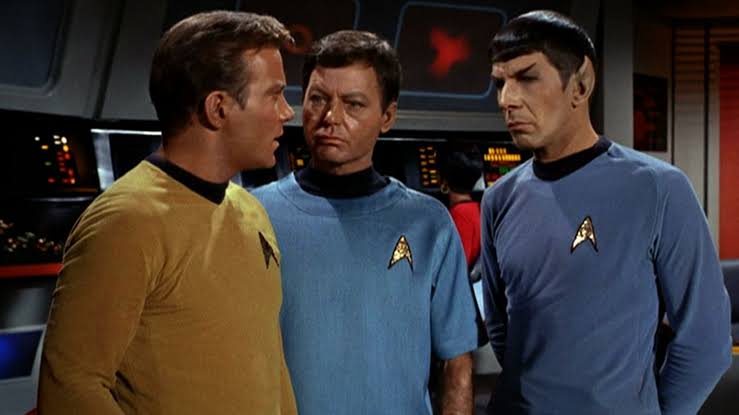 This is the series with which the entire franchise kicked off. ‘Star Trek: The Original Series‘ first started airing on NBC in 1965, but was discontinued after three seasons due to low ratings. However, the series later garnered a huge cult following when it was shown on syndication.

Most of the iconic characters of the ‘Star Trek’ universe like Captain James T. Kirk, Spock, Bones, Scotty, and others appear in this series for the first time. Here we see Captain Kirk out with his crew in the 2260s, exploring the entire Milky Way, looking for newer civilizations mankind has never contacted before. This series’ cultural significance trumps any critical evaluation. 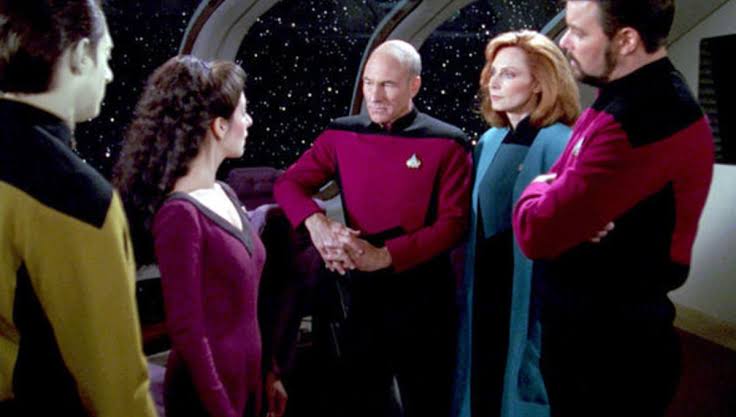 While talking about shows to watch if you like ‘Star Trek: Picard’, it would be criminal to not mention the series where we see the legendary Picard for the first time. Picard and his crew, consisting of people like Commander William Riker, Geordi La Forge, and others are all a part of the second generation of space explorers who have been sent out into the world with newer equipment and faster spacecraft.

This is the series that launched the franchise in a massive way and made it the talk of the town. The excellent writing of the series goes a long way in bringing the characters pretty close to our hearts. 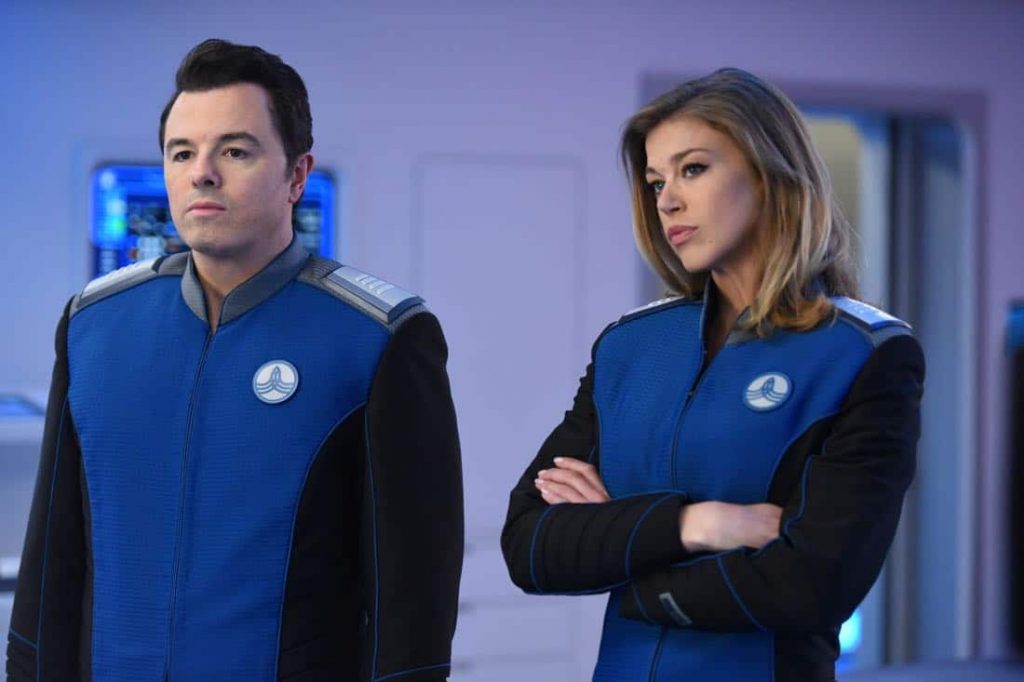 Created by and starring Seth MacFarlane, ‘The Orville‘ can easily be called a satirical take on shows like ‘Star Trek’, ‘Battlestar Galactica’, and others. The premise of the series is almost the same as the aforementioned shows. MacFarlane plays the character of Captain Ed Mercer who is commanding the eponymous ship.

However, problems in his personal life constantly prevent Mercer from carrying out his duties in a way he wants to. The comical situations these characters on the Orville constantly face are the primary concerns of this series. ‘The Orville’ fails to clearly make a statement in Season 1 but does make it up with a brilliant follow-up in Season 2. 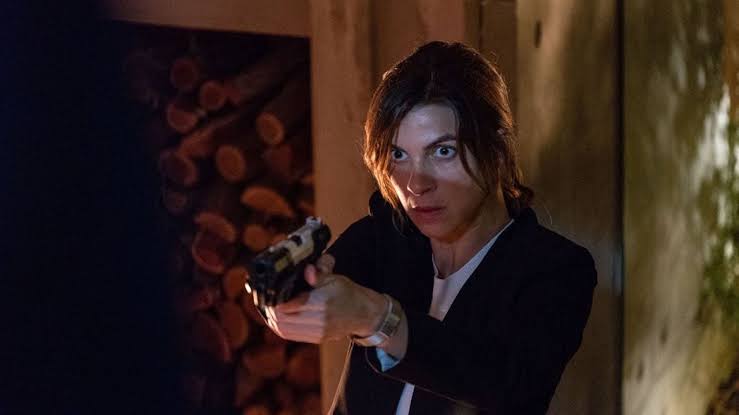 A unique science fiction drama series, ‘Origin’ centers around a group of space explorers who are heading towards an unknown planet on a spacecraft. As they struggle to survive, the crew begins to realize that one among them is a cause of concern for all the others.

As tension and suspicion begin taking a toll on the members of the crew, everyone’s basic instinct of survival comes through. The series falls back on tropes a lot, but the performances by the actors are simply spellbinding.

An HBO original series, ‘Avenue 5‘ is the story of the eponymous interplanetary cruise ship which is under the command of Ryan Clark (Hugh Laurie). While on its way, the ship suddenly goes off its intended track due to a technical glitch and ends up far away from its preset course.

While there are provisions for eight weeks for the people on board, the cruise ship will take years to return back to its course. How Clark leads the crew during these perilous times is essentially what the show is all about. The comedic elements of the series give it a nice twist. Each character is also written with great insight, and thus they get etched into the hearts of audiences quite seamlessly. 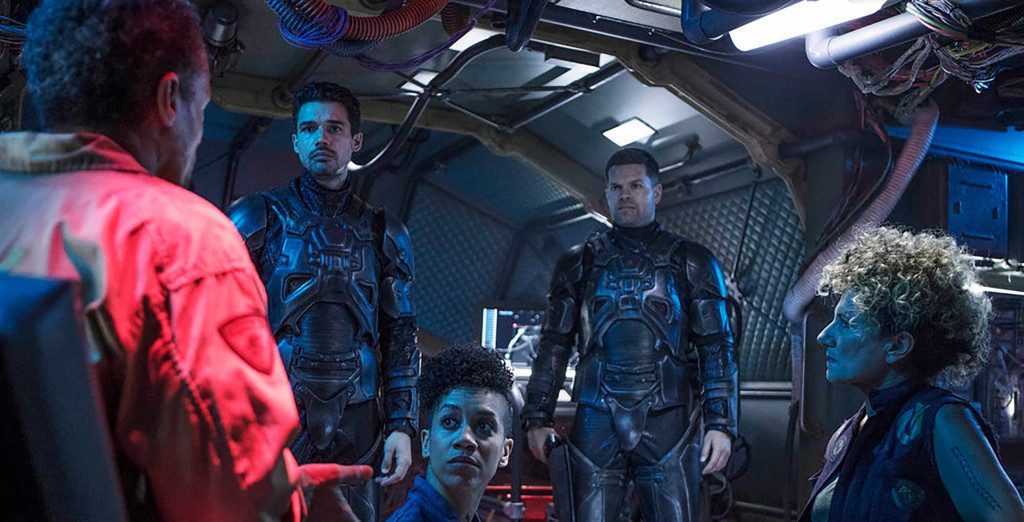 This brilliant Syfy series is set far in the future when Mars has also been colonized by humans and there is a constant tension between the governments of the two planets. In this war-like scenario, we follow a detective and the captain of a spacecraft, who are both looking for one woman.

The quest is not only limited among these three characters but can have a huge effect on humanity as a whole. The writing, the brilliant production designs, and amalgamation of various genres make ‘The Expanse‘ an unmissable series. 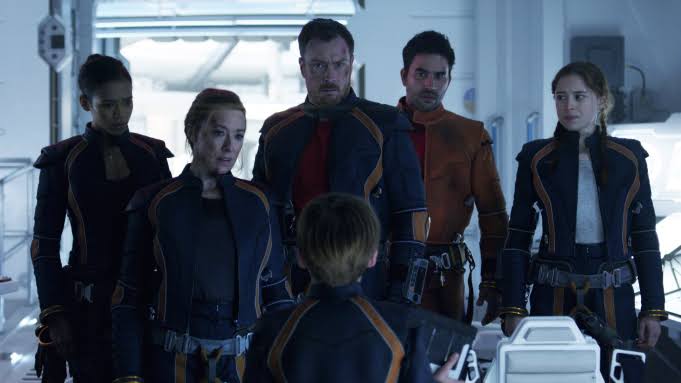 This series is set during a time when the earth is rendered inhabitable and many families are being sent on another planet so that they can colonize the place and make it ready for others. ‘Lost In Space‘ follows one such family, the Robinsons, who have been sent to space on a large mothership.

However, a technical error forces the Robinsons, along with many others, to land on a different planet altogether. Besides being a brilliant science fiction story, the series also has interesting characters, an emotional core, and certain subtle but effective comedic moments.