9 TV Shows You Must Watch if You Love Taken 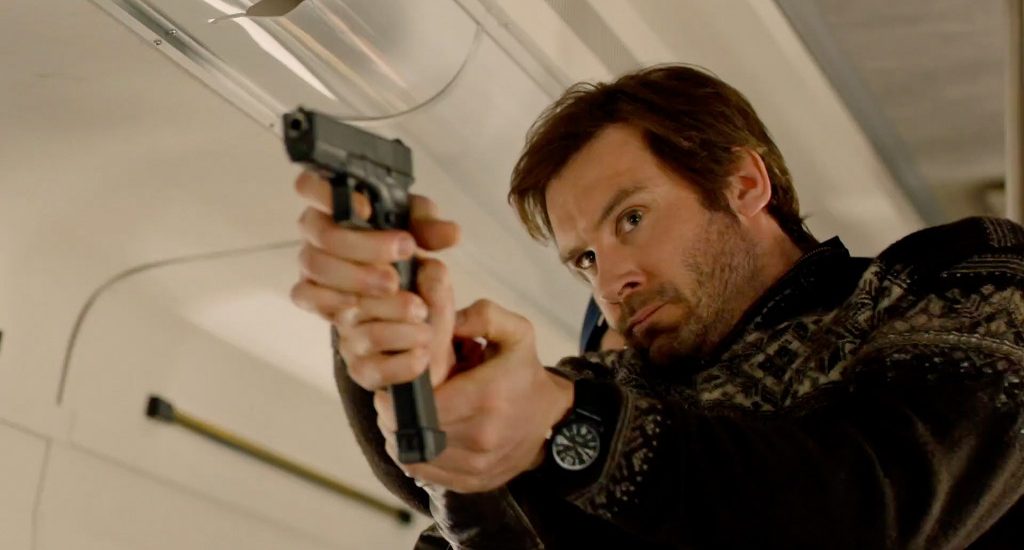 The crime/drama series ‘Taken’ is based on the famous film trilogy of the same name starring Liam Neeson as the character of Bryan Mills. In this show, we see Mills when he is much younger, and here the character is portrayed by Clive Standen. The story in the series kicks off when Mill’s sister is killed on the instructions of a drug cartel boss called Carlos Mejia. Standen, meanwhile, joins the CIA and plans to take revenge for the murder. The series then depicts the various missions he undertakes with the CIA as he secretly keeps looking for Meija. ‘Taken’ is a story about a spy and his quest for justice. If you are looking for such gripping, tense shows that explore similar ideas and themes, then we’ve got you covered. Here’s the list of best shows similar to ‘Taken’ that are our recommendations. You can watch several of these series like ‘Taken’ on Netflix, Hulu or Amazon Prime. 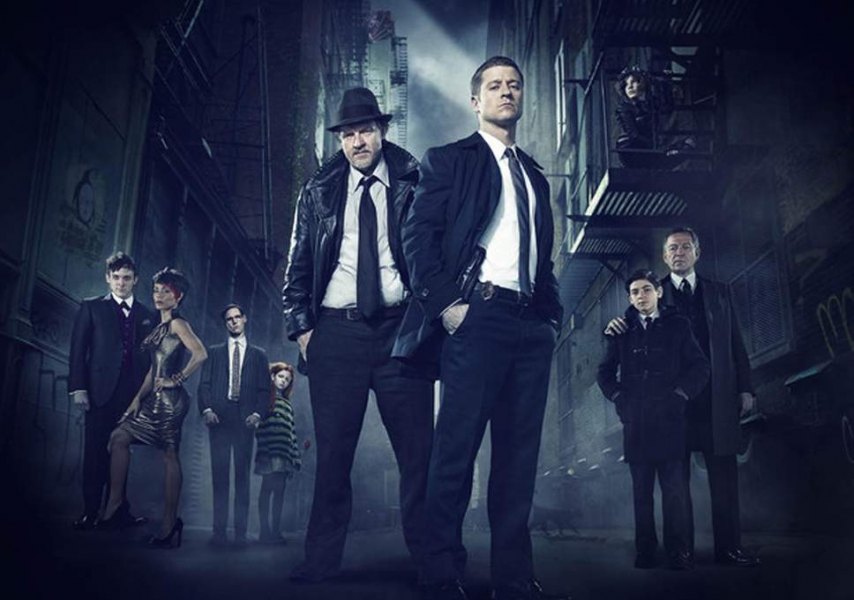 This crime drama series is based in the fictional city called Gotham which belongs to the DC universe. It focuses on crime-fighting policeman James Gordon and the several cases he deals with in the bleak and crime-ridden city. The events that are chronicled here begin with the murder of Bruce Wayne’s parents and continue till the day Batman finally emerges. We can also witness the rise of important Batman villains in this series like Joker, Catwoman, Ra’s al Ghul, Scarecrow, Mr. Freeze, and Hugo Strange among others. The series received positive critical acclaim for the production value and the writing. 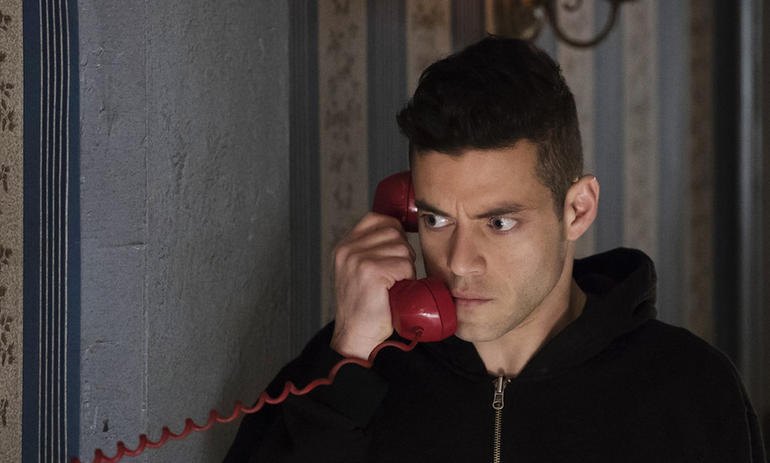 Rami Malek plays the central character in this cyberpunk/technopunk thriller created by Sam Esmail. In the show, Malek plays the character of Elliot Alderson, a young loner with several mental health issues working for a cybersecurity company as an engineer. Elliot’s life is hardly simple, as he has to deal with problems like social anxiety, dissociative identity disorder, and clinical depression. However, things take a dangerous turn when one fine day Elliot is contacted by the head of a sinister organization who refers to himself simply as Mr. Robot. His organization is an anarchist establishment and they want to cause harm to the rich corporations for the oppression and injustice they did to the poor. However, the company they target, E Corps, is the biggest client of the company that Elliot works at. 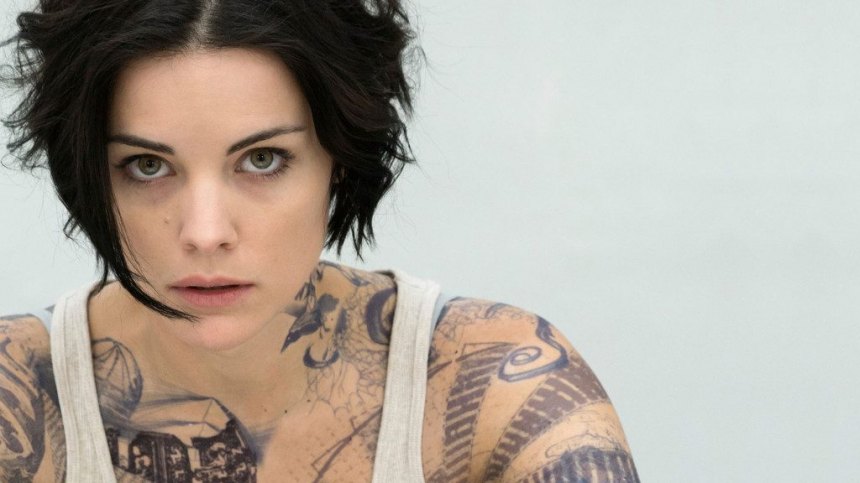 ‘Blindspot’ centers around the story of a mysterious woman located by the FBI who has been given the generic name Jane Doe by them. Her entire body is covered with tattoos and the FBI have reason to believe that these tattoos have something to do with one or more violent crimes. We later come to know that Jane Doe’s actual name is Alice Kruger. She is a South African, a child soldier trained by the apartheid government. The series received positive critical acclaim upon its release because of the intriguing mystery and great action. 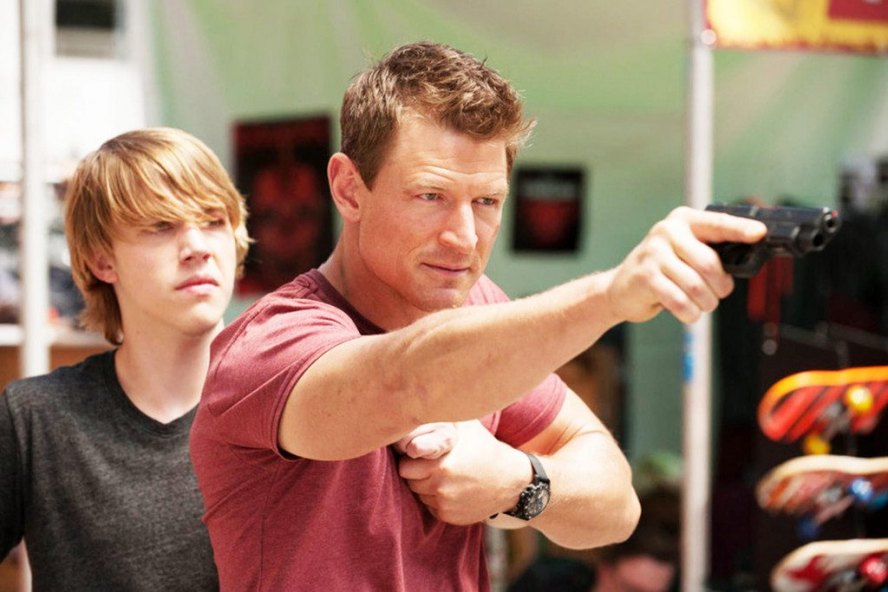 ‘The Player’ is a crime/drama series which centers around the character of Alex Kane. Kane is a Las Vegas security personnel who gets involved with a criminal organization after his ex-wife is killed. The organization that Alex runs into operate in a unique way. Besides being involved in several crimes, they run a betting operation on criminals, where people bet on a certain ‘Player’ who is after one or many criminals. This entire operation is run by Isaiah Johnson, also known as the ‘Pit Boss’, and Cassandra King, also known as the ‘Dealer’. Kane joins this organization as a Player. The show received poor critical acclaim and TV ratings, and was thus canceled after one season. 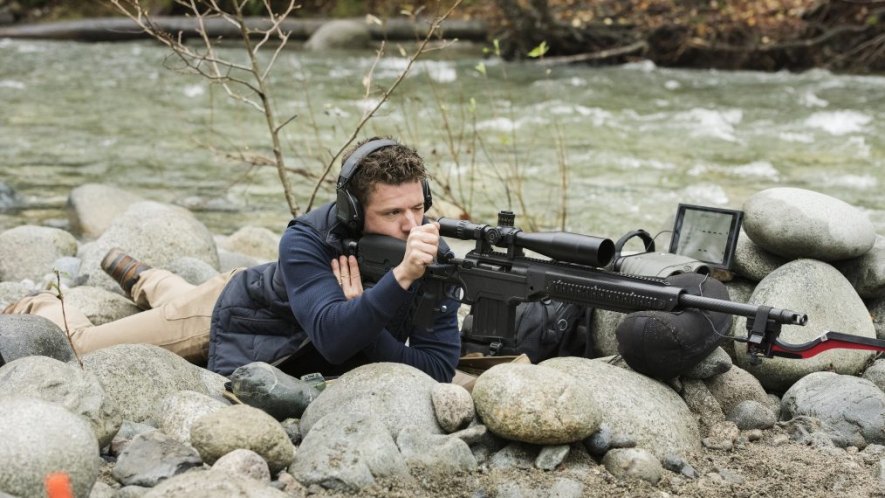 This TV series is inspired by the novel ‘Point Of Impact’ by Stephen Hunter. The novel was earlier adapted into a movie in 2007 starring Mark Wahlberg. The central character of the show is a marksman called Bob Lee Swagger. He is a superior marksman who worked for the United States Army. After it is revealed that there is a ploy in the making to kill the American president, Swagger is brought back to service in order to get to the President’s would-be assailants before they get to him. 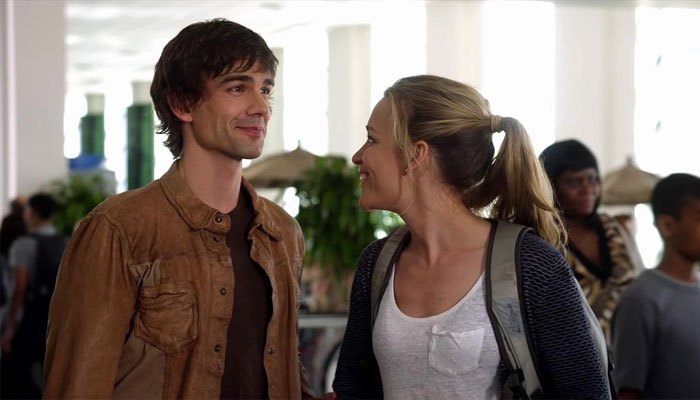 ‘Covert Affairs’ is centered around a young woman called Annie Walker who is a trainee at the CIA. Her first assignment is that of a field agent for the Domestic Protection Division. A blind operative, August “Auggie” Anderson, is her guide who teaches her the life of being a field agent. The show traces Walker’s growth from being a young rookie in the business to a hardened secret agent who does not crack even under intense interrogations. Even the methods of shooting scenes evolve as does Walker’s character. The show received widespread critical acclaim and Piper Perabo received a Golden Globe nomination for her performance in the lead role. 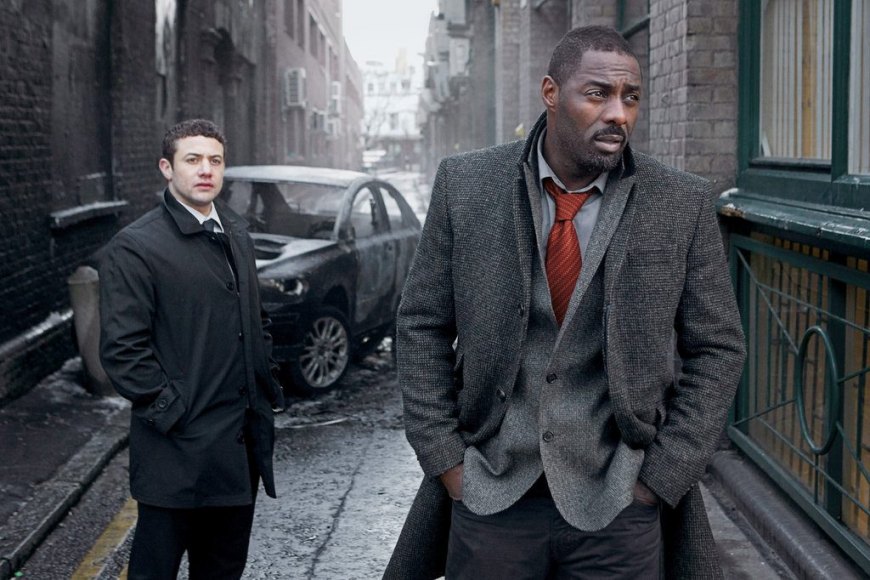 Detective Chief Inspector John Luther is the central protagonist of this series. He is a dedicated officer who works for the Serious Crimes Unit. Luther is so obsessed with the work that it has affected his personal life and the darkness he witnesses every day has a great impact on his psyche as well. In the first season, we see Luther going after a psychopathic killer called Alice Morgan. But he does not have any evidence to nab her. Luther develops a love-hate relationship with her and Alice helps him catch some of the other notorious criminals that he is looking for. With her help, he even gets to arrest the killer of his wife Zoe. Alice’s escape from jail is aided by Luther, and once she is out of his life, he dedicates himself into his regular life once again. But Luther’s mundane existence does not remain mundane for long after his rookie partner gets killed. The series became a critical darling soon after it was released. Idris Elba won the Golden Globe Award for Best Actor – Miniseries or Television Film for his performance. 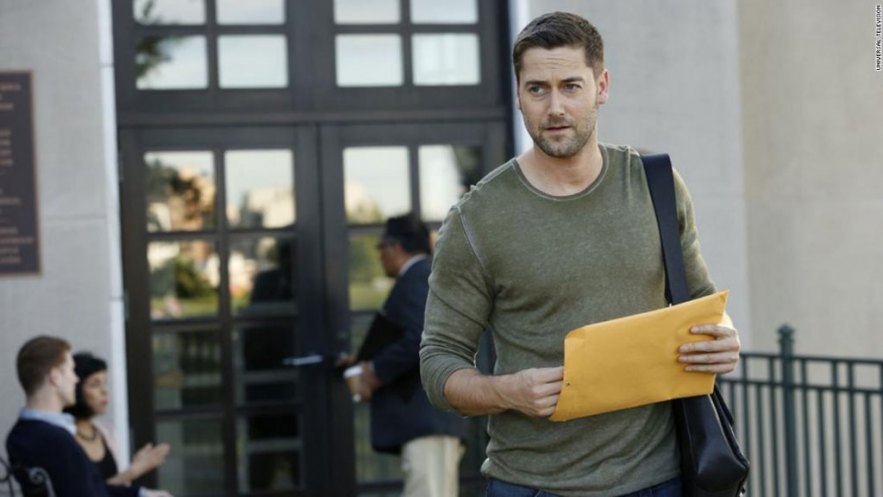 ‘The Blacklist’ is a crime thriller series created by Jon Bokenkamp. The central character of the story, Raymond “Red” Reddington, is a notorious criminal who was earlier working for the United States Navy. He surrenders to the FBI and tells them that in exchange for complete immunity, he can divulge the locations of some of the most notorious criminals in the world. These criminals are so influential that even the US government does not have much information about them. In each episode, Red helps the FBI find and kill one such criminal. But besides the request for immunity, Red has one other intriguing demand: he wants to work with a new profiler called Elizabeth Keen. The series received huge critical acclaim and James Spader was also praised for his performance as Red. 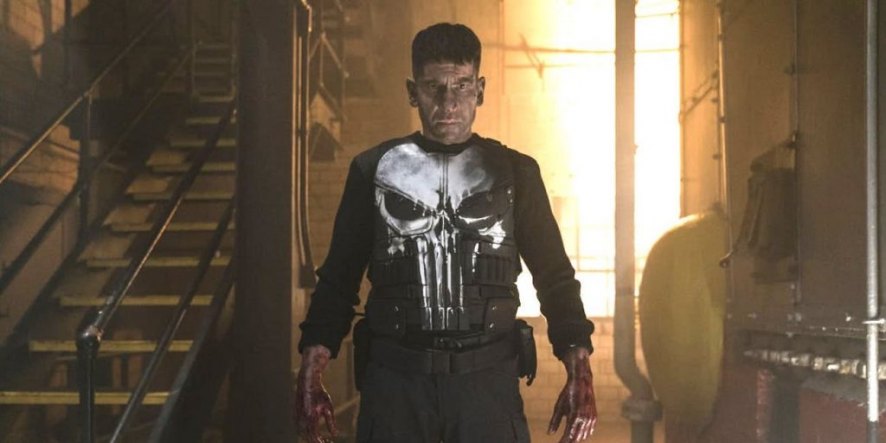 Jon Bernthal plays the role of Frank Castle in this series, which is based on the Marvel character of the same name. Castle was once a US Marine who saw his entire family being murdered right in front of his eyes. This brought about a huge change in him, as from that day, he promised to take revenge for the death of his family and kill all the criminals who cause harm to innocent lives. Castle is dubbed ‘The Punisher’ by the media after he ruthlessly kills one criminal after another. The character first made an appearance on the Marvel show ‘Daredevil’, where we see his origin and how he starts wearing the vest with the skull sign. The show received wide critical acclaim when it was released, and Bernthal’s portrayal of ‘The Punisher’ was also unanimously praised. The show also boasts of some of the best action sequences in American television.