7 TV Shows You Must Watch if You Love The Boys 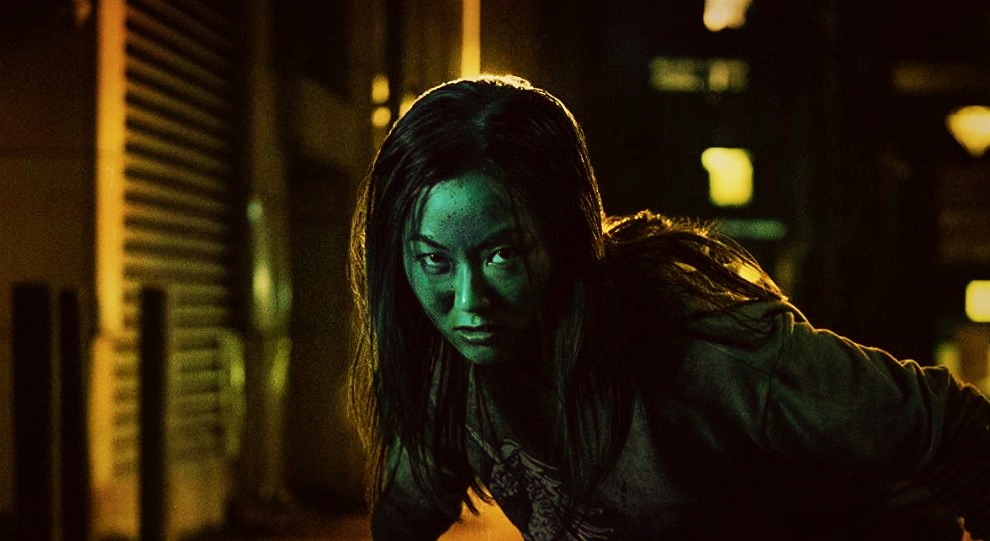 While Netflix is the undisputed king when it comes to online streaming revolution and its impact on the entertainment industry, we cannot really discount Amazon Prime, who, also have managed to produce some really impressive and groundbreaking content over the years. Mention must be made of shows like ‘ The Marvelous Mrs. Maisel‘ and ‘Bosch‘ in this regard, both shows having received loads of praise from the public and critics alike. Even the Phoebe Waller-Bridge comedy ‘Fleabag‘ has managed to win over audiences and the Emmy jury.

Always having a penchant for off-beat stories, where the plot diverts from the usual genre tropes, it is no wonder that Amazon took up production of ‘The Boys,’ a series set in a world where most superheroes are interested in the fame that accompanies immense power. To teach such superheroes a lesson, The Boys, a vigilante group comprising of tough blue-collar men, hit the dark alleys and streets of the town. This is a place where the superheroes themselves have to be kept in check in order to keep the criminals and miscreants at bay. The central characters of the show are anti-heroes, who do not hesitate to indulge in violence if necessary, thus collapsing the black and white duality of good and evil. So, without further ado, here is the list of best TV series similar to ‘The Boys’ that are our recommendations. You can watch several of these TV shows like ‘The Boys’ on Netflix, Hulu or Amazon Prime. 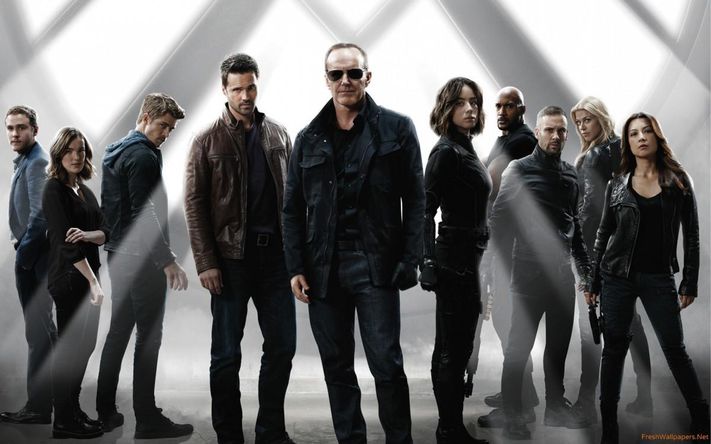 S.H.I.E.L.D. is a pivotal ensemble and organization exists in the Marvel Cinematic Universe. It is the final wall of defense for the earth from otherworldly creatures who might wage a war at any point. The organization has a dedicated group of agents working around the clock to make sure that such an occurrence be avoided at any cost. The series centers around  S.H.I.E.L.D. agent Phil Coulson and his team who face constant threats not only from the outer worlds but also from a sinister criminal organization called Hydra.

Since ‘Agents of S.H.I.E.L.D‘ belongs to the Marvel Cinematic Universe, Coulson have appeared in a number of MCU movies over the years. Just like ‘The Boys,’ these agents also work towards making Earth a safer place protected from extraterrestrial creatures with superhuman powers and capable of large-scale destruction. The series has received a lot of critical acclaim over the years, with the ways its narrative links up with the movies being considered “miraculous” by certain critics. 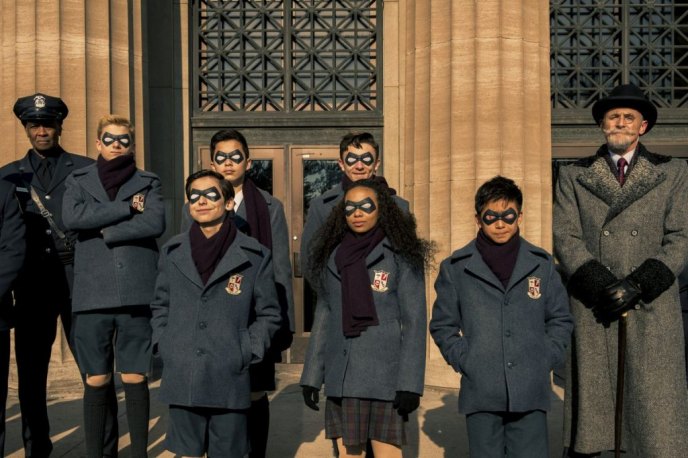 Another series centers on a group of unconventional superheroes, ‘The Umbrella Academy‘ is an adaptation of the Dark Horse Comic series of the same name. The eponymous academy comprises of six children, who were born miraculously and then taken under the wing of a billionaire, Sir Reginald Hargreeves, who taught them everything about being superheroes.

Though they grew up together, each took their on path when the became adults, only to come together during Hargreaves’ death, where they also learn they need to regroup once again. It is the character development of ‘The Umbrella Academy’ which takes center stage. Each of the six individuals in question are given in-depth backstories, which makes us more aware of the dynamics of their relationships with each other and their divers approaches to deal with certain situations. The Netflix series managed to garner moderate critical reception while come critics marked it as a show  that failed to meet the expectations. 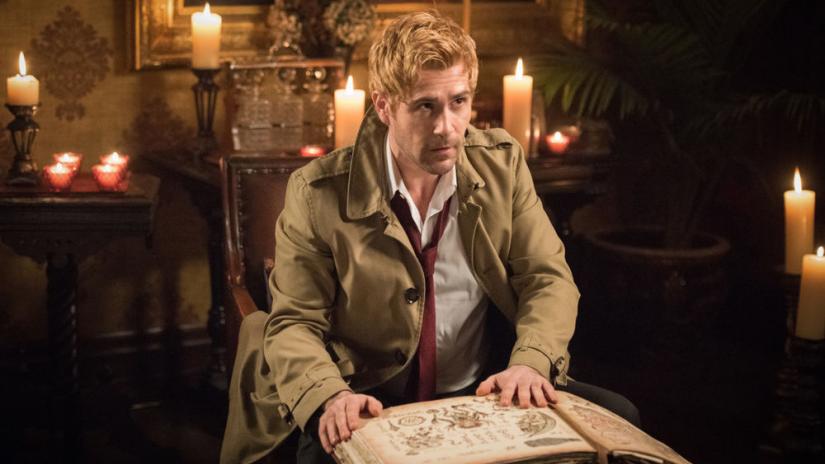 DC Comics, like Amazon when it comes to original shows, has always striven towards telling off-beat stories in their own signature treatment. They have come up with some really cool anti-hero characters over the years who hold a special place in the hearts of hardcore DC fans.

One such character is John Constantine, an occult detective who catches supernatural creatures and prevents them from wreaking havoc on earth. Matt Ryan does a brilliant job in portraying said character in the eponymous NBC series. Though the network canceled the show after a season, the character did not fade away because of the love he received from the audience. Ryan reprised the role for the CW series ‘Legends of Tomorrow‘ and became a regular member of the cast. The way Constantine juggles between good and evil is the most interesting aspect of the series. Usually, superheroes are always one-dimensional, without an iota of any evil in them. But the actions of Constantine are much more gray in this regard. 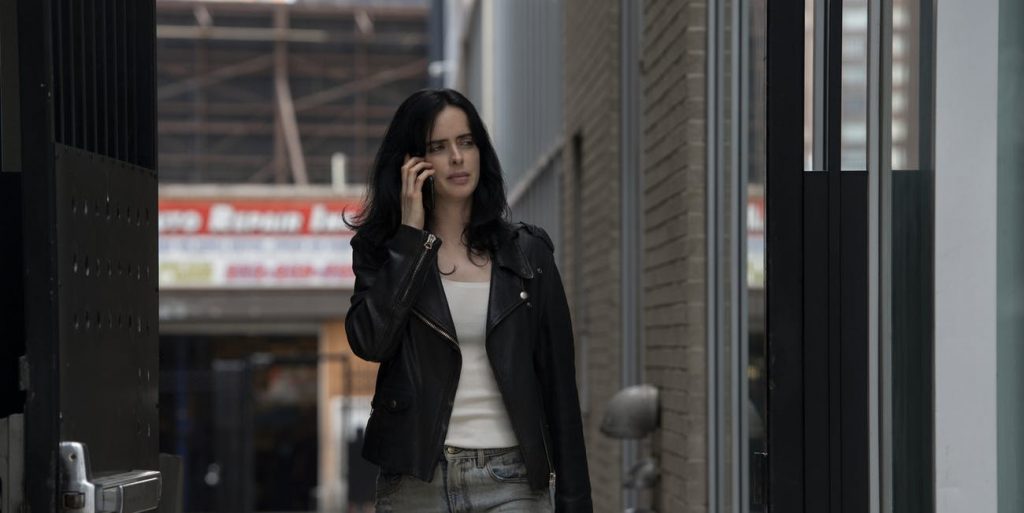 ‘Jessica Jones‘ is one Marvel series which is truly subversive in every aspects. The central character, Jessica, is not our everyday textbook superhero. She deals with a lot of challenges in her life as well. Her entire family was brutally killed in a car accident which inadvertently caused by her. Later, she had been brainwashed by a man who made her perform acts of unspeakable horror.

Always suffering from PTSD, Jessica still manages to fight on in the world, not letting her guard down and not giving in to meltdowns. She is a troubled soul who still believes there is good in people and will do anything to protect the people she considers good. It is the subversive spirit of the series which echoes with ‘The Boys,’ making it a crucial addition to this list. Krysten Ritter’s performance as the titular character is phenomenal. The series got canceled after Season 3, as with Disney, who owns the Marvel Cinematic Universe, coming up with their own digital platform. The Studio took back the title from Netflix along with other fan-favorite Marvel shows. 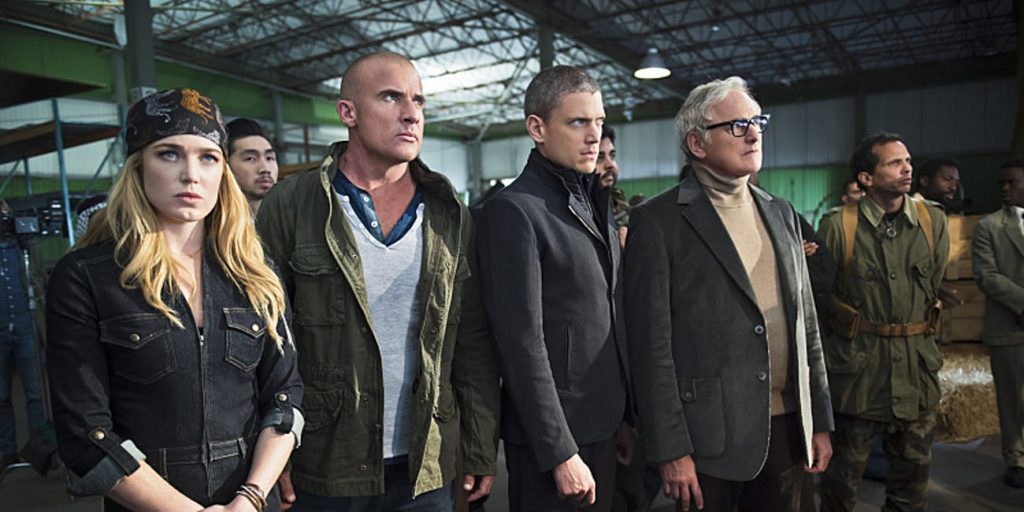 Just like The Boys have to keep superheroes in check from diverting the forces they promised to save the world from, another group of superheroes, the ‘Legends of Tomorrow,’ have to fight against superior beings whose job was to protect time and keep the timeline flowing. The CW network has created a stronghold in the superhero TV shows’ realm by creating the Arrowverse, an ensemble of shows which exist in the same DC Universe and crossover pretty frequently. What is unique about ‘Legends of Tomorrow’ is the fact that this series has a sort of postmodern element to it. The show sometimes uses self-referential jokes while keeping a playful tone in situations are otherwise rather tense. Watch this show for its tone, the character dynamics and the ever-lingering sense of humor. 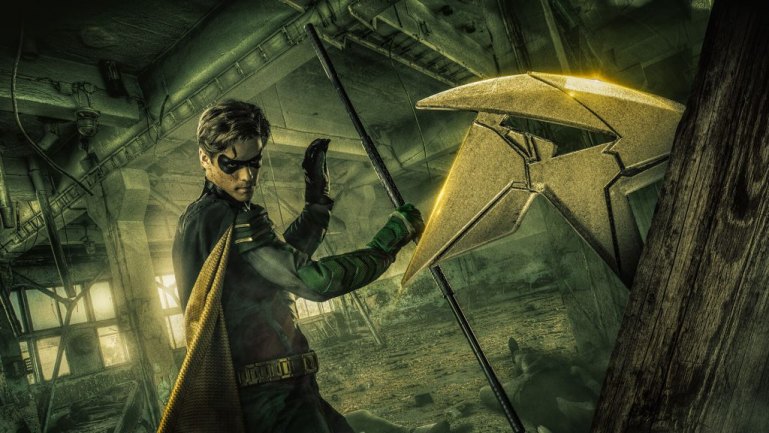 Based on characters from the DC Extended Universe,’ ‘Titans‘ is created by Akiva Goldsman, Geoff Johns and Greg Berlanti. The eponymous group comprises of some rather unique heroes. Dick Grayson is the leader of the group, but he has now come out of Batman’s influence and is trying to help people on his own. He is joined by Starfire, a woman suffering from memory loss. She is always on the quest for clues to trace back her lost past.

They are joined by Rachel Roth, the daughter of a demon, and Garfield Logan. Each of these characters is eccentric in their own ways, and the series, too, has a distinctly different tone from conventional superhero shows. ‘Titans’ also deals with some intense and dark themes, while keeping its humor quotient intact. Comic book fans will marvel at the fact that the series is quite similar in taste to its comic book counterpart. 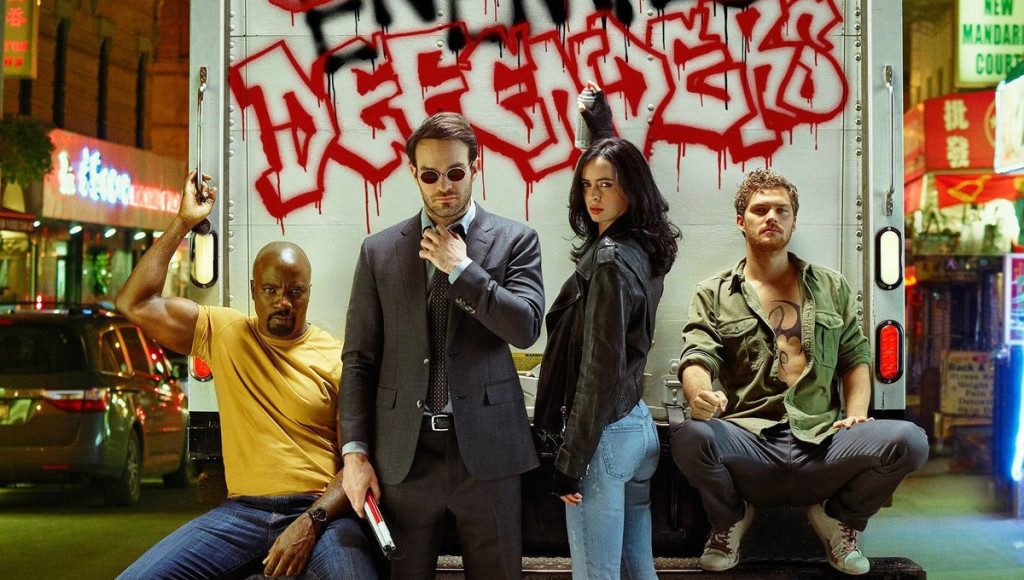 The four Marvel superheroes, each resides in New York and protects different parts of the city from the wrath of evil forces, join hands in this miniseries to take on their biggest threat yet. Danger looms over the city when an international criminal organization called the Hand hatches plans to destroy it.

It is now upto Daredevil, Luke Cage, Jessica Jones, and Iron Fist to join hands for this mega challenge heading their way. The reason ‘The Defenders‘ finds itself on this list is that they are a pretty dysfunctional group of heroes at first, barely managing to function together, but by the end of it all, it is the greater good which motivates them to join forces. The series does pack a punch in terms of what is expected from a crossover project, taking the entire scope of the other shows quite a few notches higher.