10 TV Shows You Must Watch if You Love The Gifted

‘The Gifted’, a superhero series created by Matt Nix, is based on the mutants’ concept from Marvel’s X-Men franchise. Its events are woven with those depicted in the X-Men anthology but take us to an alternate era where the original mutants have vanished. The series is about a seemingly regular family whose parents, one day, discover that their children are endowed with special mutant abilities. In order to save their kids from the government, they flee from the authorities and take shelter with an underground secret mutant community. Here, they fight to survive by battling against evil forces which threaten to destroy them. Meanwhile, the members also have to face opposition from each other on account of their different ideologies.

‘The Gifted‘ is another addition to the superhero genre, with a different approach that involves family ties. And if you have already binge-watched all of its episodes, then we’ve got some more similar family-centric shows that explore the same theme. Here’s the list of best shows similar to ‘The Gifted’ that are our recommendations. You can watch several of these series like ‘The Gifted’ on Netflix, Hulu or Amazon Prime. 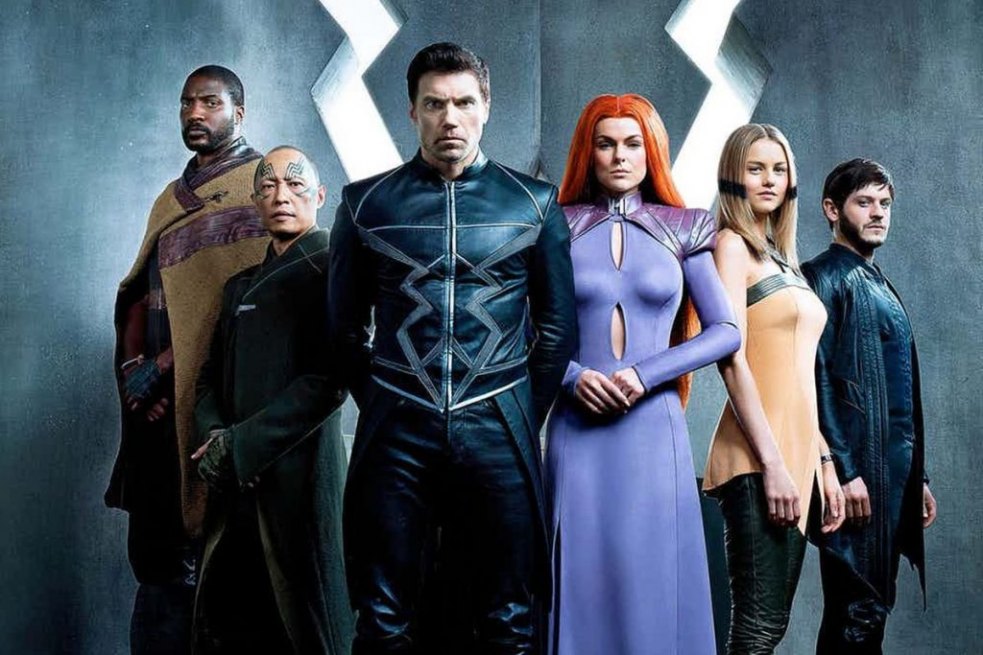 ‘Inhumans‘, an ABC show, is adapted from the Marvel Comic franchise of the same name. It is created by Scott Buck and revolves around the Inhuman Royal Family, who after a military coup are forced to leave their home in Attilan and take refuge in Hawaii while attempting to save themselves and humanity from the evil Maximus. Black Bolt is the patriarch of the superhero family, who holds the power to cause devastation with a mere whisper. He is also the King of Attilan, never utters a word, and resorts only to sign language to communicate. Next comes Medusa, the matriarch and queen of Attilan, who can control and move her hair.

Karnak, Bolt’s cousin and trusted adviser, is suspicious of everything around him and serves as the strategist for the family. Gorgon, another of Bolt’s cousins, leads the Attilan Royal Guard and has the ability to create seismic waves with the help of his hooves. Crystal is Medusa’s sister and she possesses the power to control all elements. Louise is the only human who oversees the activities at the Callisto Aerospace Control Center and holds a deep interest in all interstellar and lunar phenomena. Maximus, the black sheep of the family, is devoted to the people of Attilan but wants to overtake his brother Bolt and become the king. He was stripped of his inhuman gene during the Terrigenesis process and hence, is looked down by other Inhumans. As a result, he develops into an anti-hero, seeking to gain control over the kingdom. 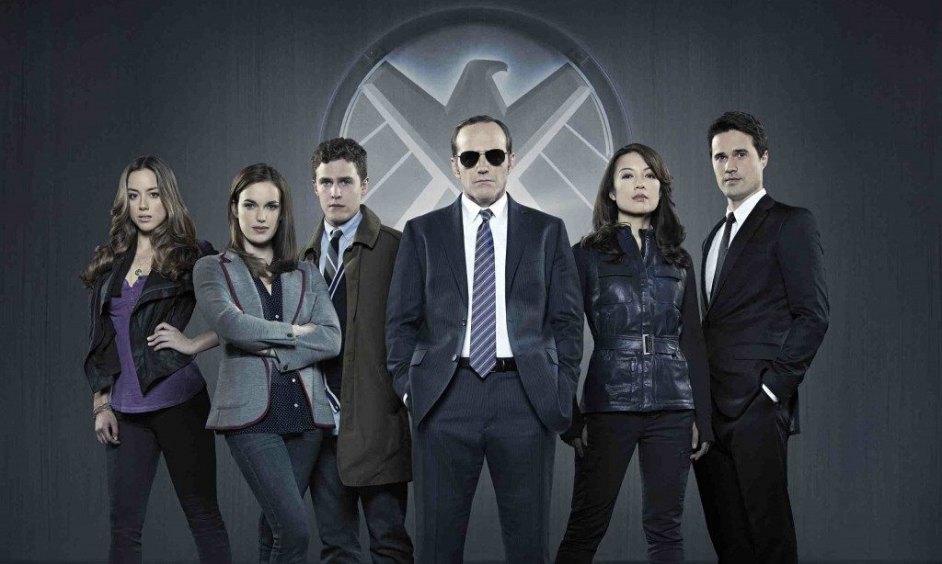 ‘Agents of S.H.I.E.L.D.’ is created by Joss Whedon, Jed Whedon, and Maurissa Tancharoen, and is based on the organization  S.H.I.E.L.D. (abbreviation for Strategic Homeland Intervention, Enforcement, and Logistics Division), which also features on the Marvel Comics. This spy agency performs the function of maintaining peace in a world dominated by superheroes. Set in the Marvel Cinematic Universe, its events are closely entwined with those shown on the franchise’s movies and shows. The series primarily revolves around Phil Coulson, who leads his crew of S.H.I.E.L.D. agents, as they face and battle various threats such as Hydra, the Inhumans, Life Model Decoys and Kree. 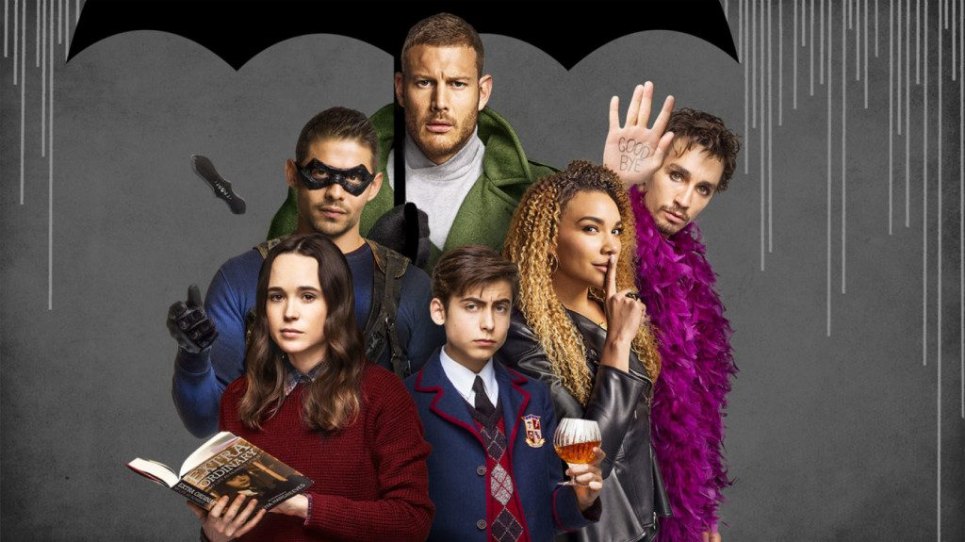 A Netflix Original, ‘The Umbrella Academy‘ is created by Steve Blackman and Jeremy Slater and it premiered with all of its episodes on the platform in 2019. Based on Gerard Way’s comic book series of the same name, it is about a dysfunctional superhero family. When their father mysteriously dies, the adopted siblings from this household gather to solve the puzzle.

In the beginning, the show depicts a weird event in 1989, when 43 infants are suddenly delivered by different women who have no relation to each other and who displayed no symptoms of pregnancy until the day before this incident. From these 43 babies, billionaire industrialist Sir Reginald Hargreeves adopts seven of them. He is the founder of the Umbrella Academy, where he trains his kids in techniques to save the world. However, as the siblings grow older, their bond weakens and they all depart to their individual destinations. However, after their father passes away, six of the surviving members reunite with an aim to uncover the mystery surrounding his death. But they struggle among themselves because of their different personalities and abilities. Now with the threat of an apparent apocalypse, it is up to the superheroes to decide if they can work together or not. 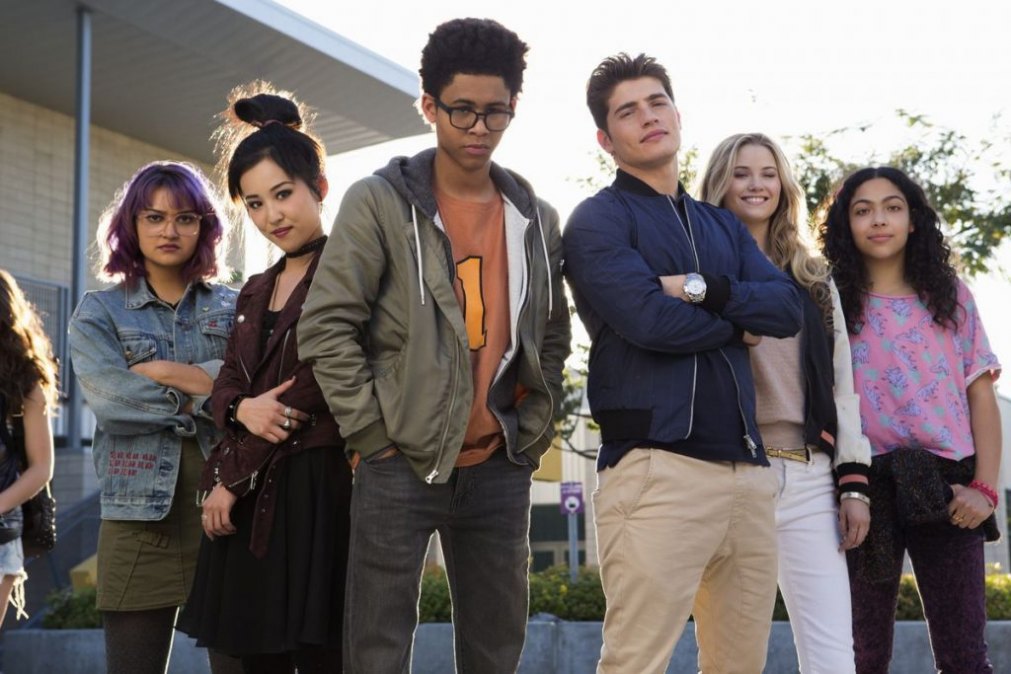 ‘Runaways‘ chronicles the lives of six teenagers set in the Marvel universe, namely Nico Minoru, Karolina Dean, Molly Hernandez, Chase Stein, Alex Wilder and Gertrude Yorkes. After they come to know that their parents are, in fact, secret members of an evil and sinister clan known as The Pride, they conclude that they are no longer safe in their own homes. As a result, they go on the run. As the team tries to fend for themselves, they form bonds with each other and create their own family.

‘Krypton’, created by David S. Goyer, takes us to the home of Superman, a fictional planet with the same name. Set almost two centuries before the birth of the Man of Steel and the final destruction of his planet, it revolves around his grandfather, Seg-El. After Seg’s grandfather makes a false claim that a certain world-killer is arriving in Krypton, he struggles to redeem the name of his family home, the House of El, from shame. When Seg learns about an attempted attack on the government, he forms a team with various allies and tries to save the planet. However, in the midst of the operation, Seg comes to know that his grandfather’s claims were actually true and he embarks on a mission to revive the lost legacy of his family. 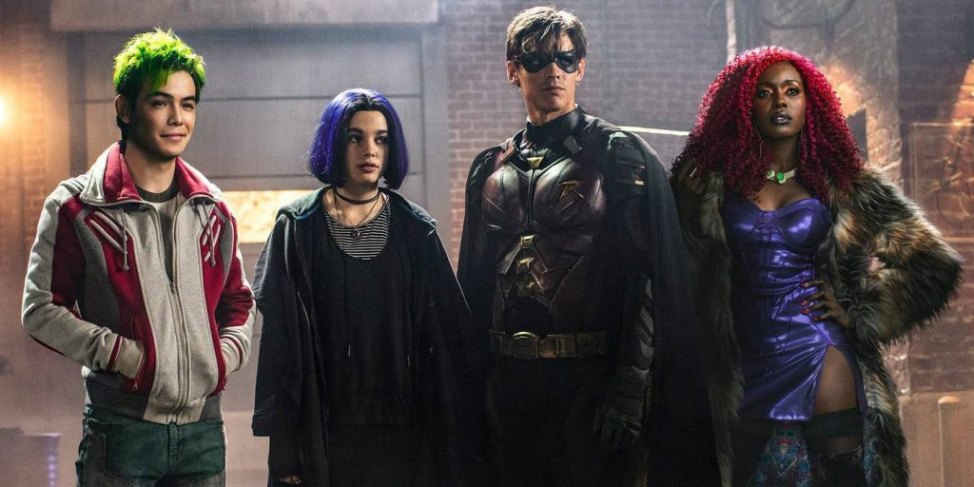 The ‘Teen Titans’ franchise adopts a more gritty approach with ‘Titans’, a series that chronicles the lives of young heroes who form a surrogate family of their own and embark on missions across the DC Universe. As they grow and mature, they need to find the true meaning of existence. ‘Titans’ introduces us to Dick Grayson and Rachel Roth, as they a become embroiled in a dark conspiracy which can bring Hell on Earth. Accompanied by Starfire and Beast Boy, the team joins hands in warding off these forces of evil. 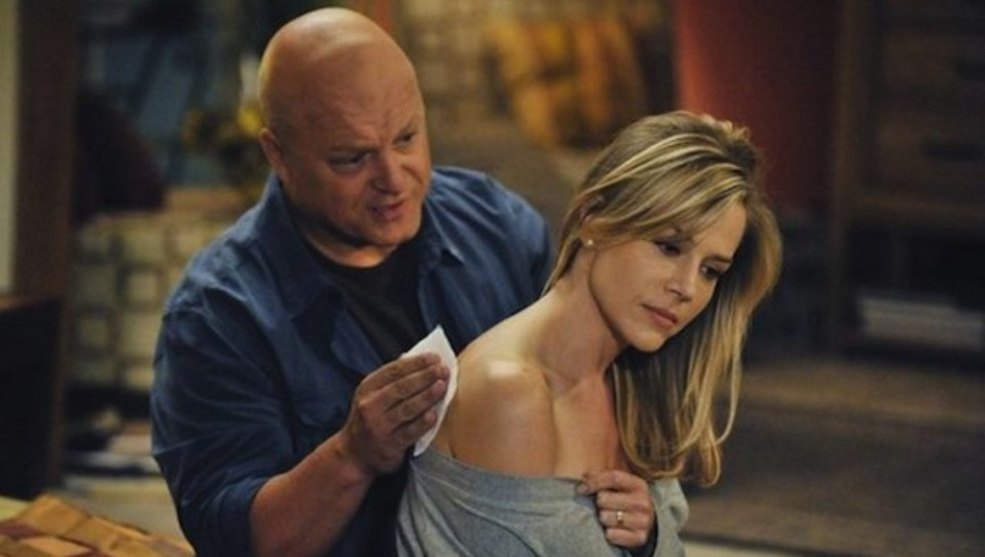 ‘No Ordinary Family’, which aired on ABC from September 28, 2010 to April 5, 2011, revolves around the Powells, a normal family living in the fictional town of Pacific Bay in California. However, when on a flight, their plane crashes in Amazon, Brazil and all the members gain superpowers. They continue to live their regular lives but their journey takes a dramatic turn when they discover that there are others like them. 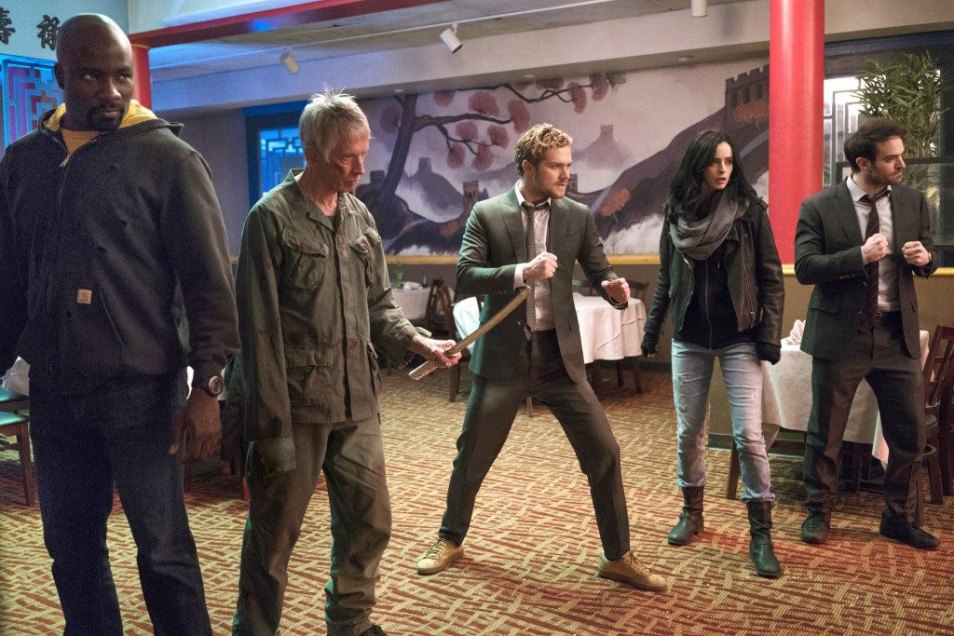 In this action-packed drama series, we witness four of the most powerful Marvel superheroes coming together in a joint fight against one common enemy. Daredevil, Jessica Jones, Luke Cage, and Iron Fist, each of them are working separately on their own missions. However, they soon realize that they cannot be successful in their goals by working solo. Thus, they team up to form one group, ‘The Defenders’, with the sole aim of saving New York from impending doom. 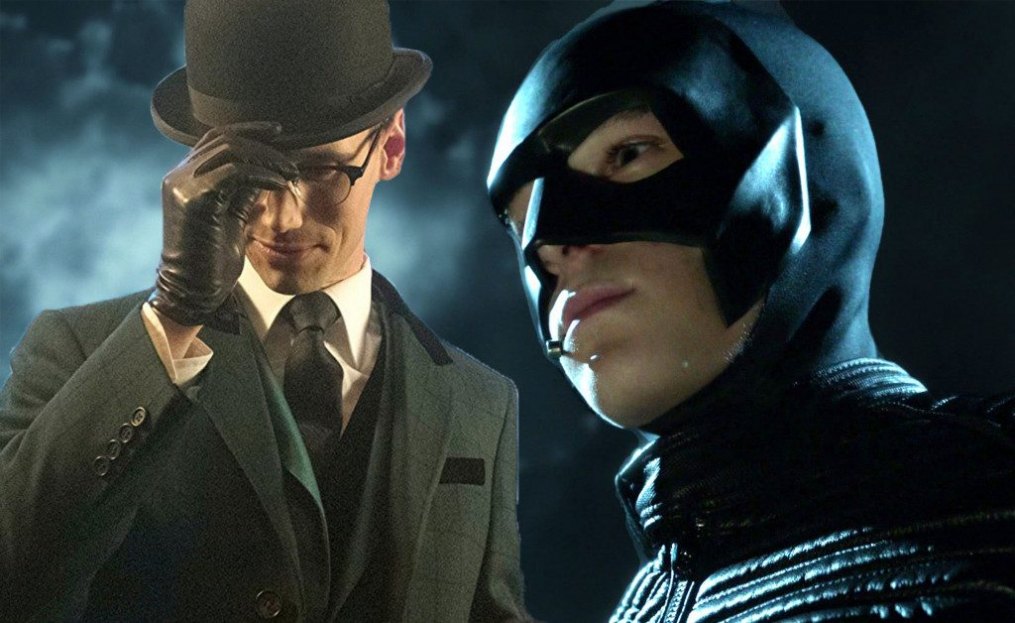 ‘Gotham’, created by Bruno Heller, takes us to Batman’s hometown and explores the characters featured on the DC Comics and and the Batman franchise, namely James Gordon and Bruce Wayne. It aired on Fox from September 22, 2014 to April 25, 2019, and primarily focuses on Gordon’s early days when he was working in the Gotham City Police Department. Later episodes introduce other DC characters such as Bruce Wayne, Penguin, Riddler, Catwoman, Poison Ivy, Scarecrow, Mr. Freeze, Hugo Strange, Solomon Grundy, Ra’s al Ghul, Nyssa al Ghul and Bane. 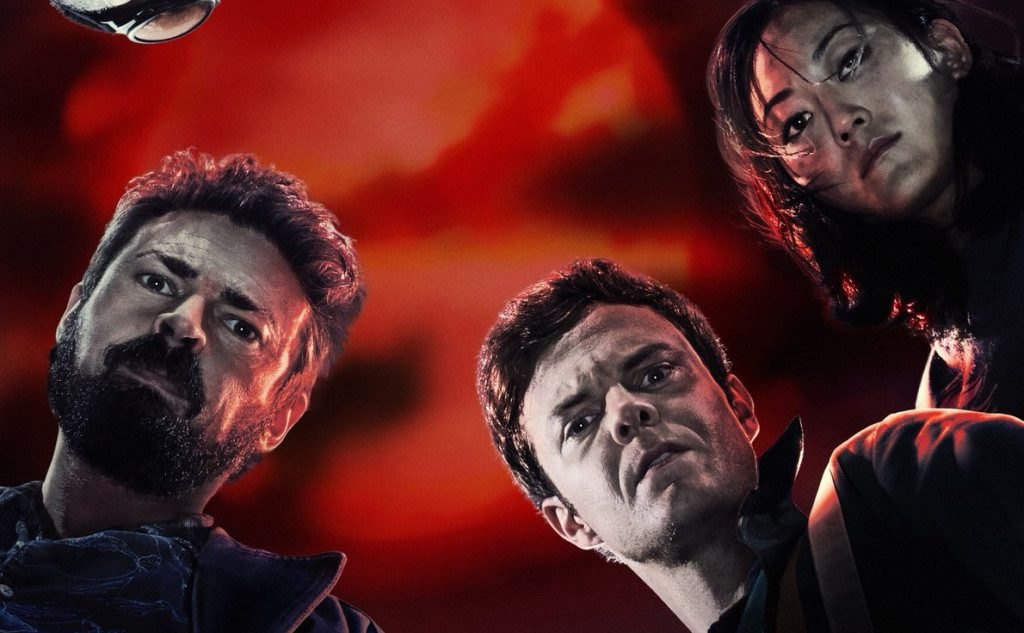 ‘The Boys’ takes us to a fictional world “where superheroes embrace the darker side of their massive celebrity and fame”. This show follows a certain team of vigilantes, informally referred to as ‘The Boys’, who embark on a mission to tackle corrupt superheroes.