The first ever scripted original web series of CBS All Access, ‘The Good Fight‘ is a spin-off of the famous show ‘The Good Wife’. Christine Baranski plays the character of Diane Lockhart. The story starts with Diane and her god-daughter Maia Rindell being ousted from their law firm Lockhart, Deckler, Gussman, Lee, Lyman, Gilbert-Lurie, Kagan, Tannebaum, & Associates. This was the aftermath of a major scam which also saw Diane lose all of her savings. Seeing no other way forward, Diane joins the firm, Reddick, Boseman & Kolstad.

By the second season, Diane is made a partner at the firm and the name changes to Reddick, Boseman, & Lockhart. The show mainly follows the personal and professional lives of three characters — Diane, who is already an established name in her profession, Maia, who’s looking for that big break which will cement her position as a worthwhile lawyer, and Lucca Quinn, Diane’s former employee who’s also working in the same company. We see her at a time when she is well on her way to be included among the partners.

Besides being a legal drama, ‘The Good Fight’ also sheds light on important issues pertaining to our times like the Me Too Movement, fake news, cyber crimes, alt right organizations, and others. The show takes a strong anti-Trump stance with the character of Diane being a staunch Democrat and she finds Trump’s politics pretty disturbing. ‘The Good Fight’ is a legal drama with great characters all around. Critics are also of the opinion that the series ably matches up to the brilliance of its predecessor. With that said, here’s the list of best shows similar to ‘The Good Fight’ that are our recommendations. You can watch several of these series like ‘The Good Fight’ on Netflix, Hulu or Amazon Prime. 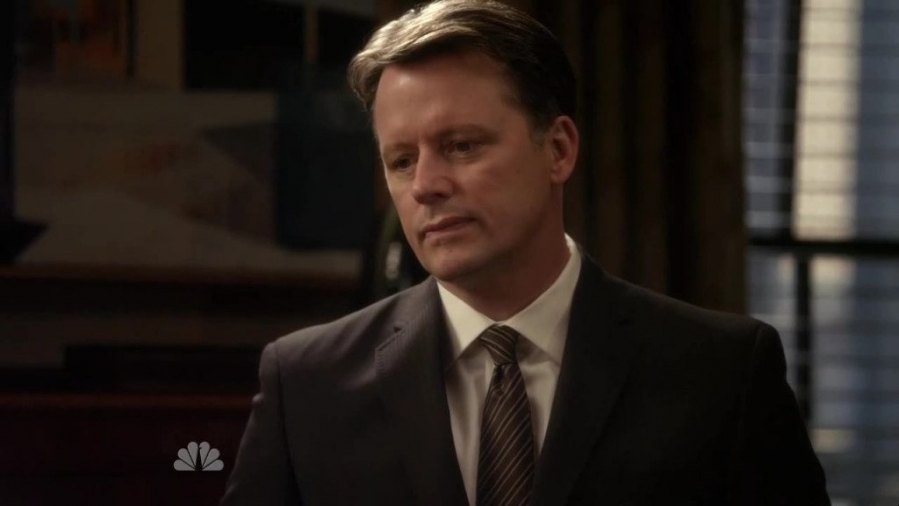 This NBC legal drama stars Kathy Bates as Harriet “Harry” Korn. Though Harry is a successful patent lawyer, she slowly loses interest in her job and plans on doing something meaningful. Harry’s performance suffers because of her lack of ambition and she eventually gets fired from her company. Her newfound interest is in criminal defense, and along with a few other associates, she opens a new firm. The lack of proper funds sees Harry carry on her new work from an office she has opened in a shoe store. But her work is progressing well because she is really involved in it. She always looks to find the good in others even when the person in question has evidence pointing at him/her as being the culprit. The show received mixed reviews and was canceled by NBC after the second season. Fans had launched a campaign, albeit unsuccessful, to force the network to bring ‘Harry’s Law’ back. 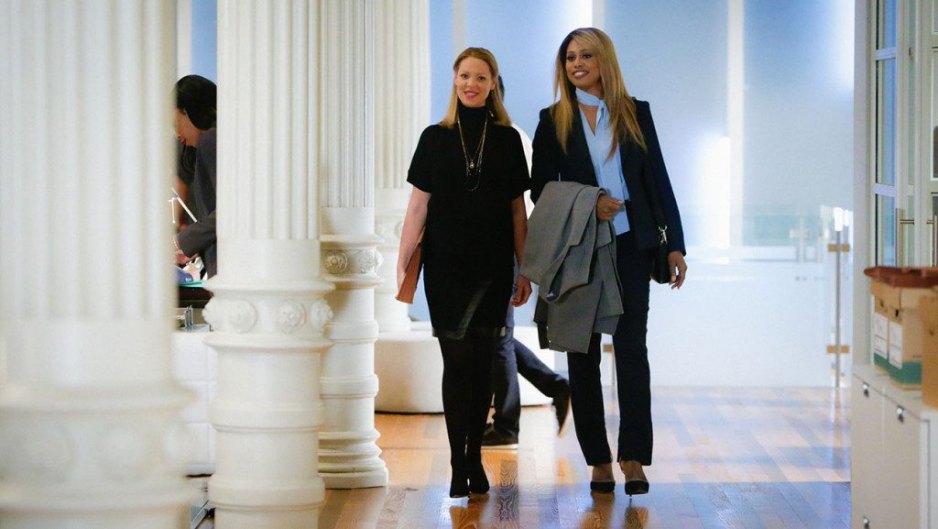 ‘Doubt’ stars Katherine Heigl as the leading character Sadie Ellis. Ellis is a defense lawyer working in a firm called Ruth & Associates. Her new case is the defense of pediatric surgeon William “Billy” Brennan. Billy has been charged with the murder of his girlfriend 26 years ago. Things become complicated as while defending Billy, Sadie falls in love with him. CBS stopped airing this show just after a couple of episodes. The remaining episodes were aired on a different time slot. Critical reaction was also mixed. 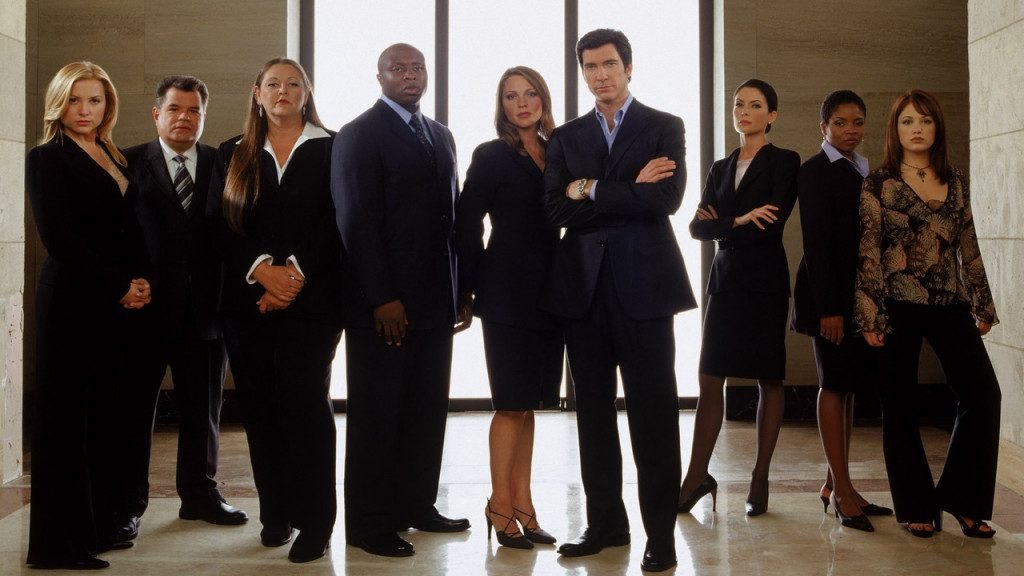 A law firm located in Boston called Robert Donnell and Associates is the center of this famous legal drama series. The story focuses on the lives of the firm’s owners, their associates, and certain antagonists who crop up every season. Dylan McDermott as Bobby Donnell is the senior partner and most important character of the show. A constant tussle between staying true to the duties of a professional lawyer and one’s own personal morality becomes the central theme of the show. The series was highly appreciated by both critics and audiences and ended up winning numerous awards including three Golden Globes and numerous Primetime Emmy Awards. 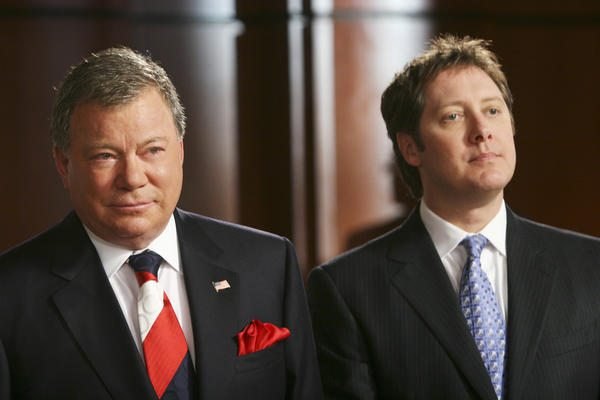 ‘Boston Legal’ is a direct spin-off of ‘The Practice’. This most unique and interesting aspect of the show is that besides being a legal drama, it is also full of humor. The central character of the series is Alan Shore, who was introduced to us in the last season of ‘The Practice’. Here we see Alan working at a law firm named Crane, Poole & Schmidt. The firm is a large organization with offices all over the USA and in some international locations as well. Alan quickly establishes himself as among the most accomplished lawyers of the firm. ‘Boston Legal’ is one of the most popular and critically acclaimed legal drama shows of all time. It won four Primetime Emmy Awards along with one Creative Arts Primetime Emmy and one Golden Globe. 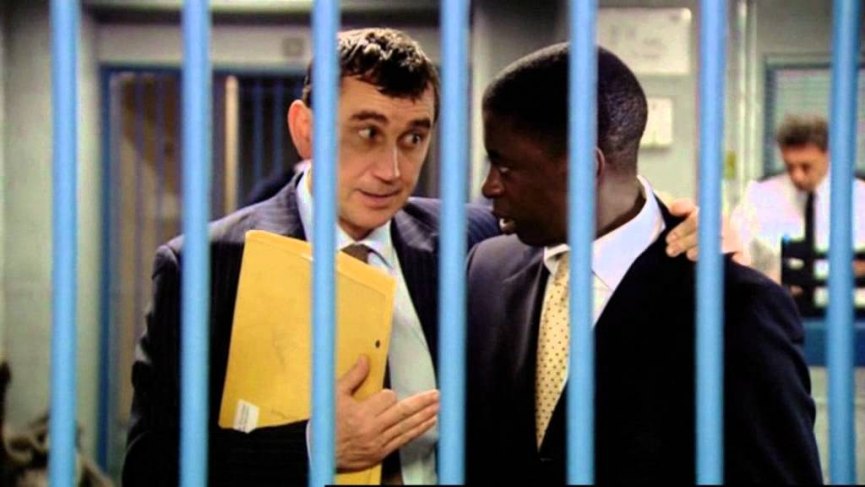 This courtroom drama stars Jimmy Smits as a former Supreme Court Cyrus Garza justice who quit his high office and now works in a law firm. His previous experience naturally gives him a major push in the company, and he gets the authority to decide on the cases he wants to work. The reason why he decides to quit the firm is quite interesting. Garza is given the responsibility of casting the vote, which would finally determine whether an accused deserves the death penalty or another trial. Unsure, Garza opts for another trial. The drama further intensifies when we find out that an old flame of his, Claire Sax, is one of the senior partners of the firm. Critics were not that kind to ‘Outlaw’. Some were of the opinion that the series is too melodramatic. 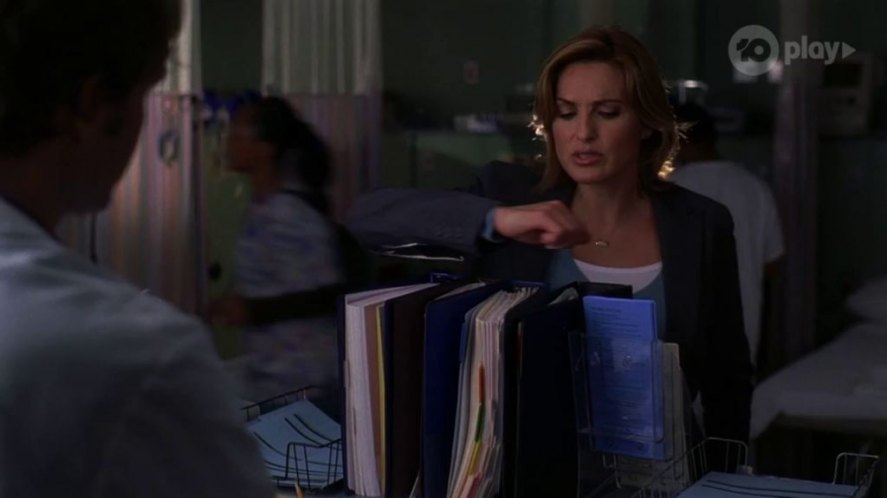 This show brings together two very popular genres of TV shows together — police procedural and legal drama. Each episode follows a different crime and is structured in two parts. In the first part, we see the police investigating and capturing a criminal, and the second part involves the trial and court proceedings against the suspected criminal carried out by the Manhattan District Attorney’s Office. ‘Law and Order’ made history by being among the three longest-running scripted primetime TV shows. The other two are ‘Gunsmoke‘ (1955-75) and ‘Law & Order: Special Victims Unit (1999–)’. All three shows have aired 20 seasons each. 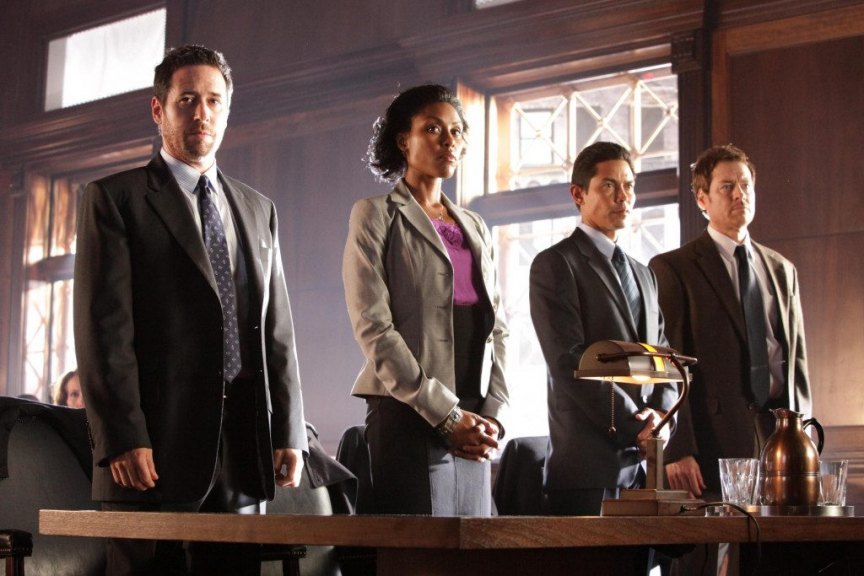 The approach taken by ‘The Whole Truth’ in structuring and storytelling is rather unique. Unlike many legal dramas where we see the case being fought in the court without knowing the different perspectives, evidence, and witnesses that come into play while building a proper story, this series shows us how cases are built from the perspectives of both the defendants and the prosecutors. Despite this unique aspect, low viewership and poor critical response made ABC cancel the show even before the first season finished airing. ABC took off the series just after airing four of its seven episodes. The rest of the episodes were aired on Australia’s Nine Network. 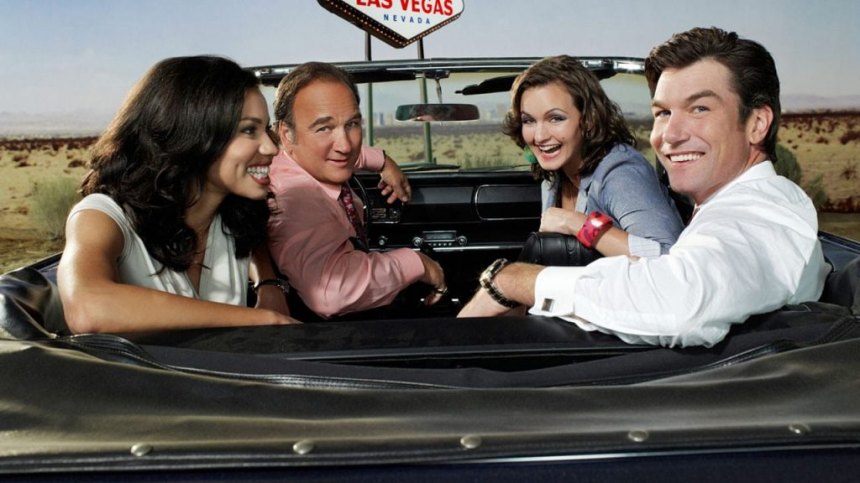 Las Vegas is the setting for this legal comedy-drama that aired on CBS from 2010 to 2011. Jerry O’Connell as Pete Kaczmarek and Jim Belushi as Nick Morelli are the two leading characters of the series. The two of them are partners who always handle cases together, and they are so involved in their work that they are willing to go that extra mile in order to save their clients. Each episode shows them trying to win the case, even if it means not exactly following the rules to get the job done. 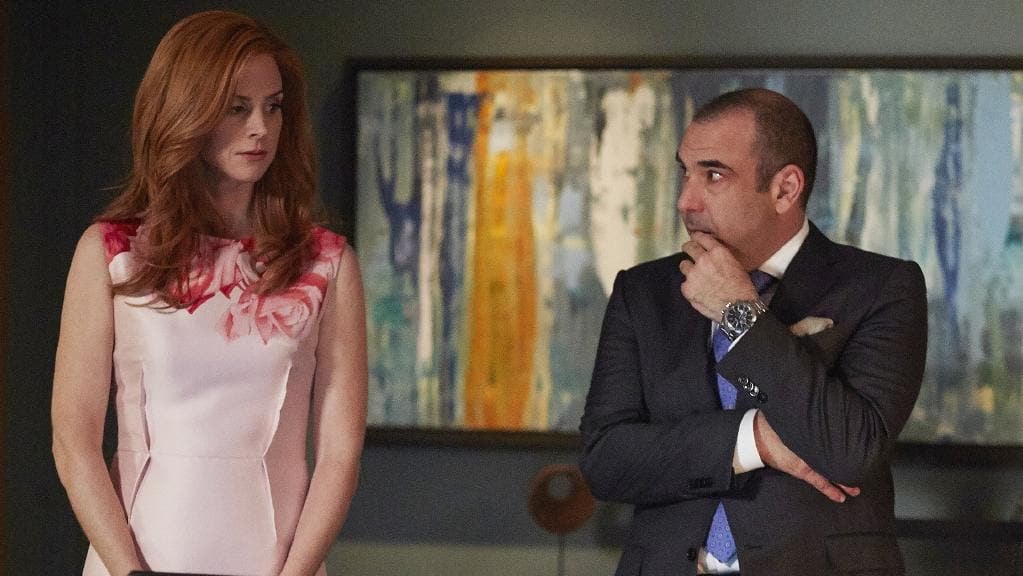 ‘Suits’ is among the most popular legal shows running presently. The series follows the character of Mike Ross, who is a brilliant law student but earns money by taking law exams for actual candidates. When Mike meets Harvey Specter, a distinguished lawyer and one of the partners of a major law firm, he impresses him so much with his knowledge of the law that he gets recruited despite having no law degree of his own. However, the truth of his qualifications is known only to himself and Harvey. The series received widespread critical acclaim, with praise mostly directed towards character development. 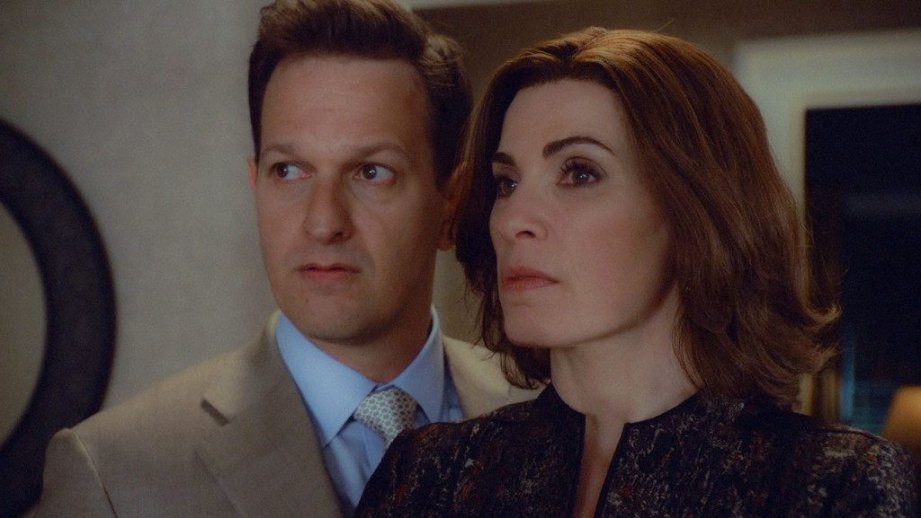 ‘The Good Fight’ is a spin-off of this series, which focuses on the character of Alicia Florrick, who is forced out of voluntary retirement and begins working as a litigator after a tragedy hits her family. Her husband, Peter, is the Illinois State Attorney who is embroiled in a sex and corruption scandal that has landed him in jail. Seeing no way to keep out of it, Alicia decides to get back into the courtroom once again to avoid any financial crisis in raising her children. But as she has not been practicing for long, Alicia starts as a junior litigator in a firm. The series is extremely popular not only in the United States, but all over the world. It is also remade into Japanese, Korean, Irish and Russian. The series won a number of major awards like the Primetime Emmy and the Golden Globe.