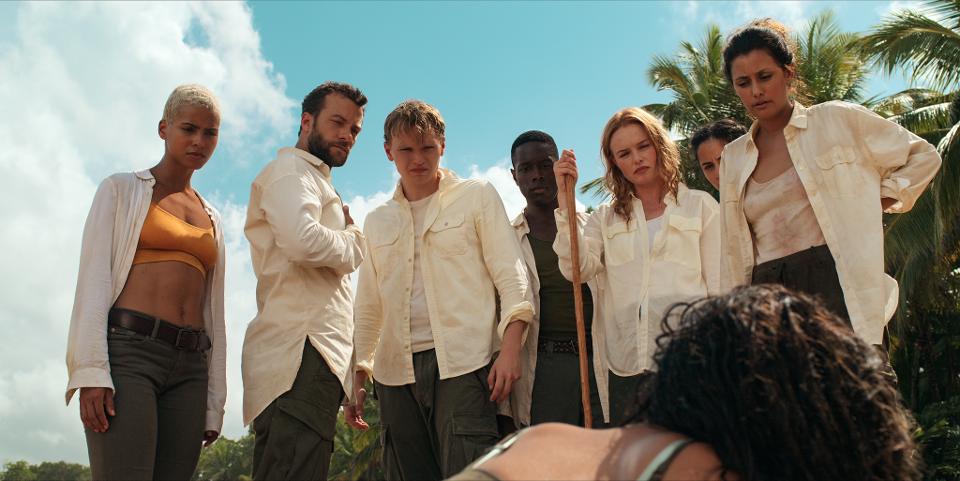 Netflix has always tried to explore new territories with each series or movie they come out with. Thus, whenever they announce a new original series, fans gear up to expect the unexpected. Shows like ‘Narcos‘, ‘The OA‘. ‘13 Reasons Why‘ and others have really pushed the boundaries of television in ways the viewers had never seen before. The streaming giant’s miniseries ‘The I-Land‘, however, does not exactly fall in this category. The official synopsis of the series, as released by Netflix, does not make the plot sound very original, to say the truth. The show centers around a group of ten people who suddenly wake up on an island without any idea of how they landed there. As they trek through the island’s rough terrain, these people come across several “psychological and physical challenges” which they have to overcome.

Upon hearing the plot, our minds first rush towards ‘Lost‘. The famous ABC series also has a similar premise, albeit with a higher number of people. With that said, if you loved watching ‘The I-Land’ and are looking for similar shows, then we’ve got you covered. Here’s the list of best shows similar to ‘The I-Land’ that are our recommendations. You can watch several of these series like ‘The I-Land’ on Netflix, Hulu or Amazon Prime. 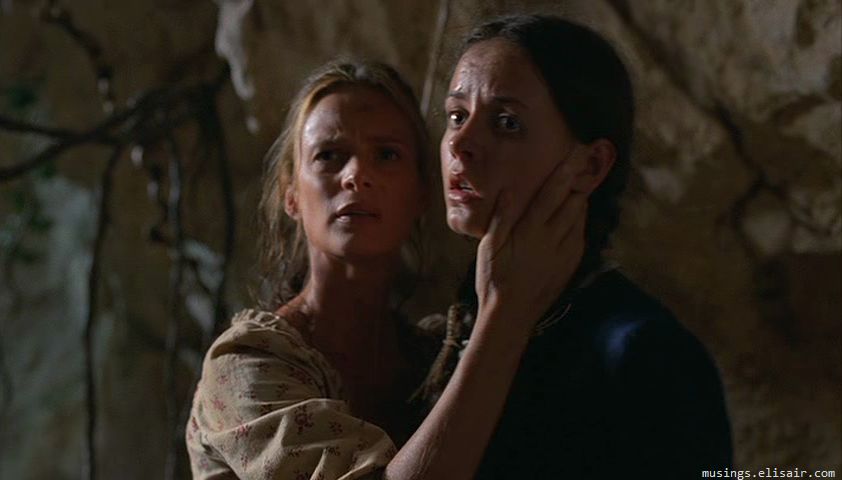 Based on the French novel ‘L’Île mystérieuse’ by Jules Verne, ‘Mysterious Island’ is a series about a bunch of people stranded on a deserted island. However, the historical context of the show is pretty interesting. The aforementioned group of people are actually refugees trying to escape from the violence of the American Civil War. When they land on this mysterious island, these people try and build a sustainable living condition while they wait for a rescue ship. Hardly do they know that all of their movements on the island are being controlled by a mysterious man called Captain Nemo.

The showmakers divert the plot from the original text in some rather interesting ways to make the series stand out on its own. ‘Mysterious Island’ explores human instinct and willpower when put under the toughest of situations. The series can also be perceived as an allegory of the Civil War where millions of people play by the rules of a select number of politicians who somehow have the power to dictate the fate of the masses. 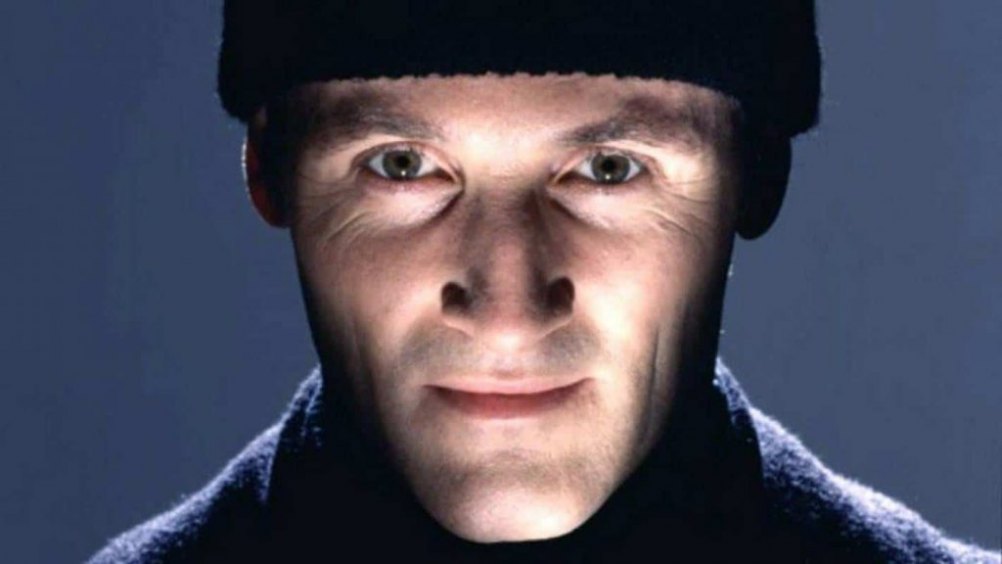 ‘Storm of the Century’ is among those Stephen King works for which the horror maestro didn’t write the novel first. Instead, this three-part miniseries is based on a teleplay written by King himself. The story is set in the small island called Little Tall Island which has been hit by one of the deadliest storms the world has ever seen. In this life-threatening weather, the town goes through another horrific nightmare in the form of a mysterious stranger called André Linoge, who has committed some brutal murders on the island. Moreover, he seems to be aware of the darkest secrets of many of the town’s dwellers. It is later revealed that Linoge is actually after young lives to sacrifice to a higher being. ‘Storm Of The Century’ is, without a doubt, one of the scariest stories written by the horror master. The sinister world that he conjures up on the island is done with clever attention to detail. The highlight of the series is, of course, the performance of Colm Feore as Andre Linoge. 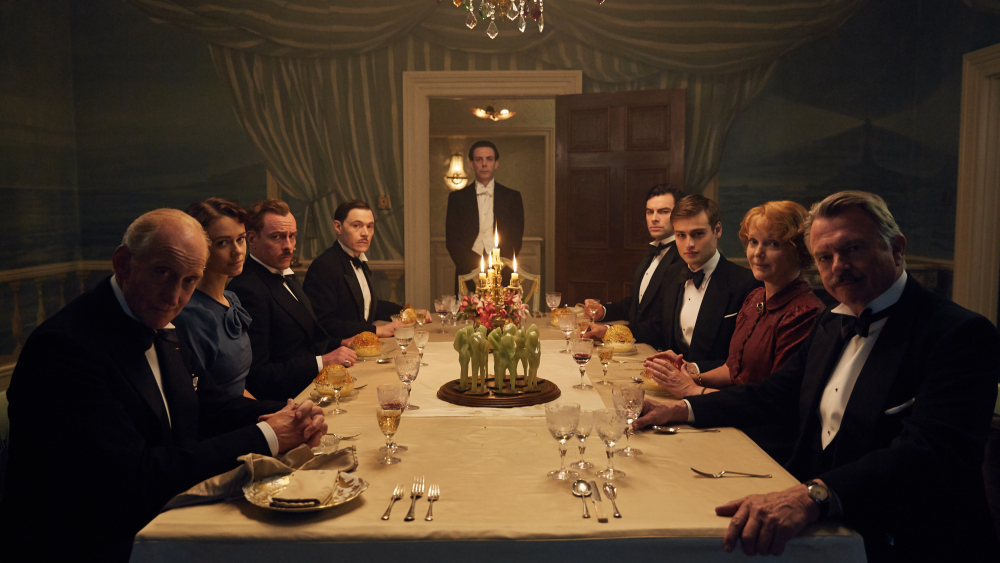 Agatha Christie was, without any doubt, an institution unto herself. The acclaimed author has written some of the finest crime novels in history. And among her many exemplary works, ‘And Then There Were None’ stands tall as one of the best-selling books of all time. The entire plot device of people being stranded on an island comes from this novel. When BBC adapted the novel into a 3-part miniseries, ‘And Then There Were None’ had already been adapted for the silver screen on more than one occasion.

The story of the series centers around 10 people who’ve been invited to an island by a mysterious host. When the guests play a gramophone record in the house where they’ve been put up, a voice emerges from it and accuses each one of them of murder, also reassuring them that everyone has to pay the price for his/her actions. Soon enough, one by one the guests start dying in a method similar to how the characters in the nursery poem ‘Ten Little Indians’ die. Given the legendary status of the story, there is hardly anything more to say about it. However, the BBC adaptation does fine justice to the source material, and manages to keep the thrill alive till the very end. The cinematography of this miniseries surely deserves a special mention. 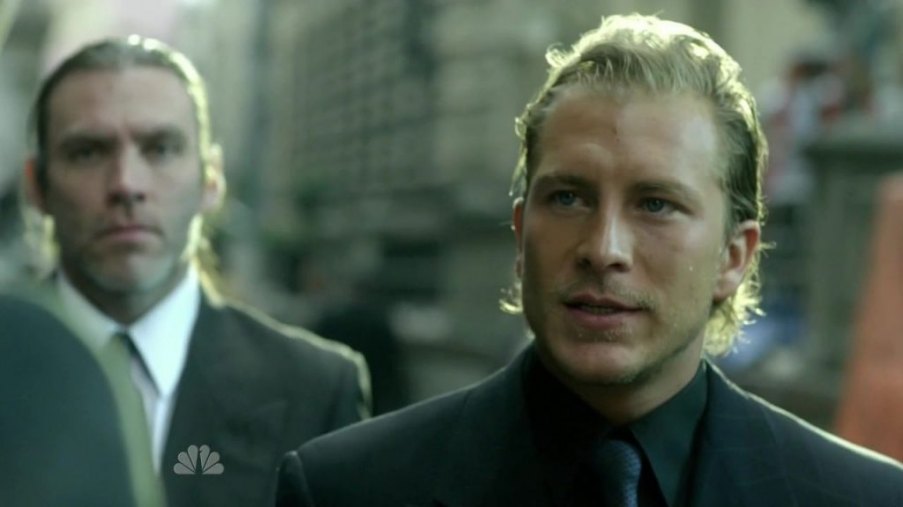 The plot of ‘Persons Unknown’ is highly similar to both ‘Mysterious Island’ and ‘The I-Land’. In this NBC original series, a group of seven strangers find themselves in a hotel in an abandoned town without any idea about how they got there in the first place. Soon, they see that the entire town is covered with cameras and microphones. As the story progresses, we get to know that a sinister organization or person simply known as The Program is manipulating their lives and the choices they make. One of the victims is also in cahoots with the mastermind behind this entire scenario. The seven people in question are put through severe hurdles, both mental and physical, without divulging any information to them as to where this finally leads. The premise of the series grips you tightly right from the pilot episode with its brilliant writing, moody atmosphere, and the fear of the unknown lurking in the air. The series reminds us of Orwell’s 1984 where every moment of a citizen’s life is under constant surveillance. 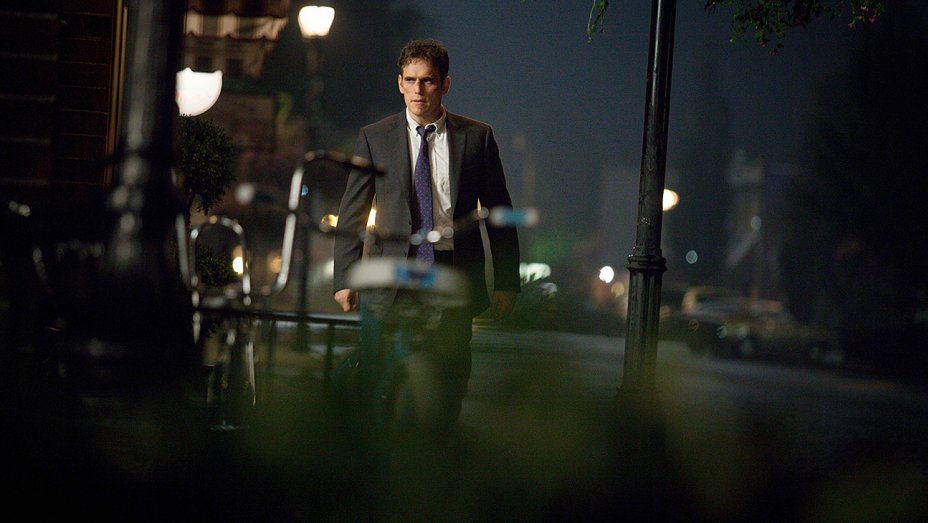 When two Secret Service agents disappear in the sinister town called Wayward Pines, Ethan Burke (Matt Dillon) is sent there to investigate. Ethan does not realize that this case will hit so close to home, revealing a lot of his personal secrets which he had almost forgotten. At Wayward Pines, he discovers the corpse of one of his colleagues, while the other agent has surprisingly settled down in the town. Ethan discovers that the Sheriff of Wayward Pines has blocked off the town from the rest of the world using an electrified fence and treats the town and its people as his own playthings. M. Night Shyamalan directed the pilot episode of this intriguing thriller. ‘Wayward Pines’ is an atmospheric thriller where the writers constantly manage to maintain the tension. The settings, cinematography, and especially Dillon’s performance in the leading role are highly commendable. 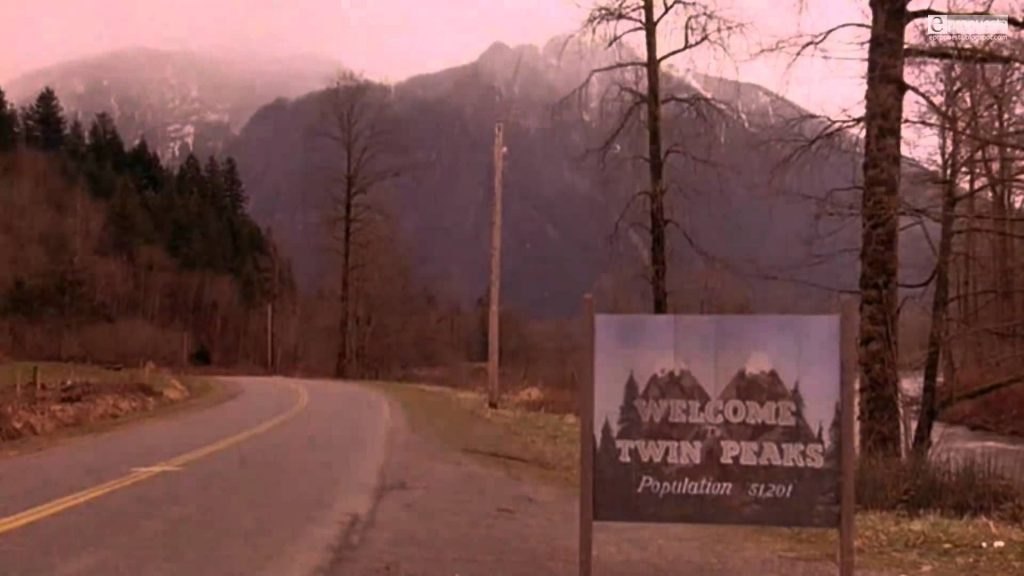 David Lynch is the master of blending surrealism with stark reality to tell stories in a way only he is capable of. ‘Twin Peaks‘ is the only TV show Lynch has been involved in, and just like the rest of his works, this series too has moments where the line between dream (or nightmare) and reality gets blurred. The story of the series basically revolves around the police investigation of the murder of a girl in the idyllic town of Twin Peaks. Lynch brilliantly makes use of tropes we see in detective fiction, without the familiarity ever causing the scenes to lose their appeal. There is always a hidden layer of truth beneath what is really going on, which we are made aware of with the usage of supernatural elements, eccentric oddball characters, and a unique sense of humor. In a similar manner to ‘The I-Land, it seems like the town of ‘Twin Peaks’ has many secrets of its own that always remain a mystery to the viewers. 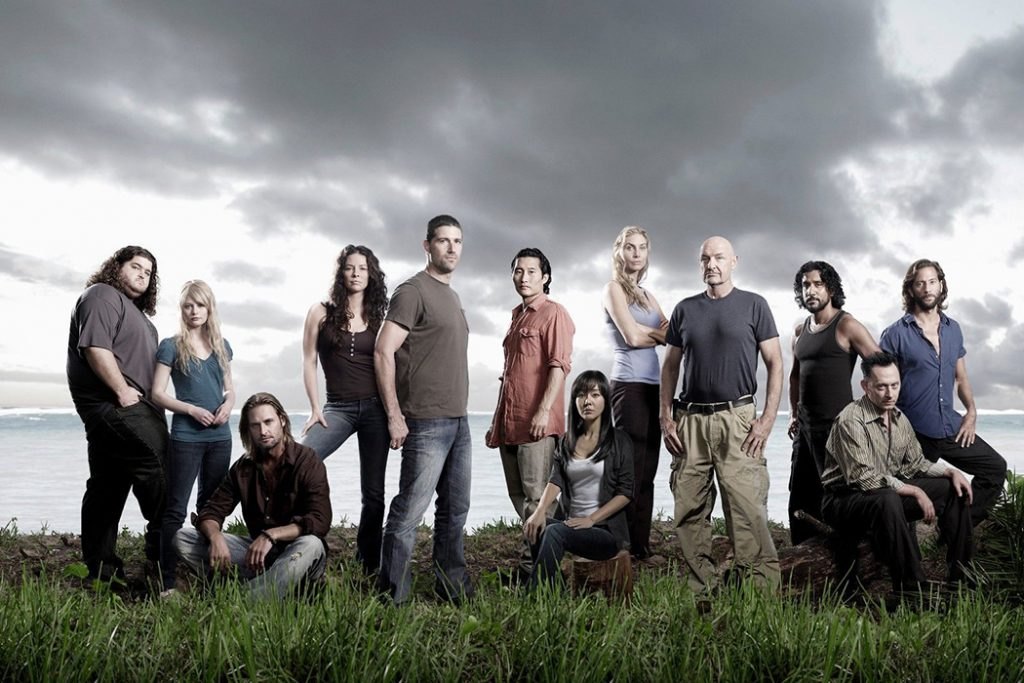 Widely considered one of the greatest TV shows of all time, ‘Lost‘ is a story about the survivors of a plane crash who find themselves on an island where they have to survive on their own. The group come in contact with strange inhabitants of the island, elements of the supernatural, and other weird phenomena while they try to hold on to their lives. The story of ‘Lost’ is told in a highly serialized fashion where each episode clearly focuses on one particular story or event on the island. The greatest thing about the series is the many layers of puzzles that keep unraveling on the island as the story progresses. If you have not watched ‘Lost’ yet, you better get down to it right away!