7 Best TV Shows Like ‘The Mandalorian’ You Must See 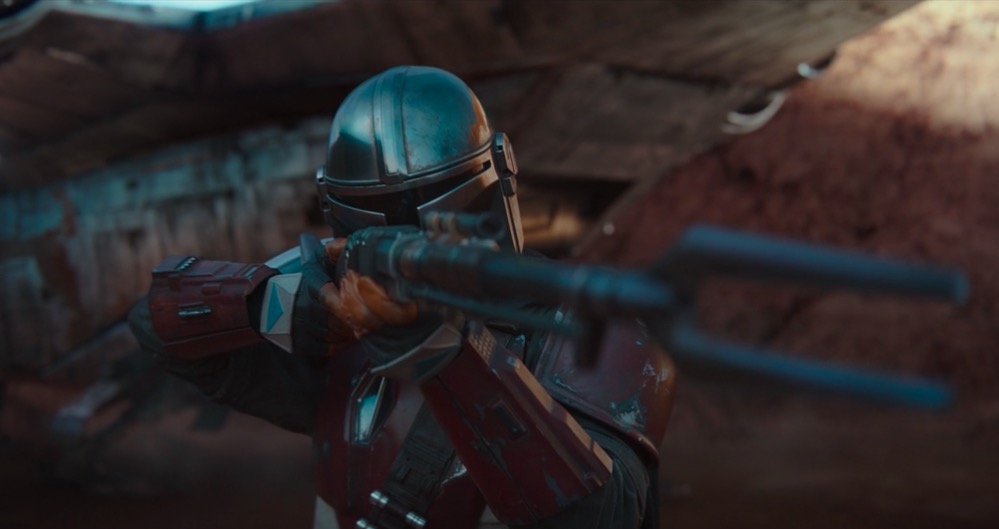 ‘The Mandalorian’ set in the ‘Star Wars’ universe had pretty stiff expectations to live up to: that of the franchise’s intimidating popularity and as Disney Plus’s hallmark project in its initial line-up. Fortunately, most critics agree that one of the world’s largest media conglomerate was off to a great start with its new, over-the-top streaming platform.

Set after the fall of The Empire, ‘The Mandalorian’ revolves around a lone bounty hunter, belonging to a legendary group of warriors in the periphery of the fictional galaxy. Created by Jon Favreau, the show has already been hailed as a worthy entry into the ‘Star Wars’ universe that started in 1977.

The initial episode was praised for its grittier take, an interesting protagonist and its efficacious blending into the franchise’s burgeoning fictional mythology. Moreover, the fact that those who haven’t watched any ‘Star Wars’ story before can also dive into it was remarkable as an entry point. While they might not understand where the show would fit in the overall timeline of the ‘Star Wars’ universe, it can serve as a decent starter for those wishing to test out the domineering franchise before diving in. 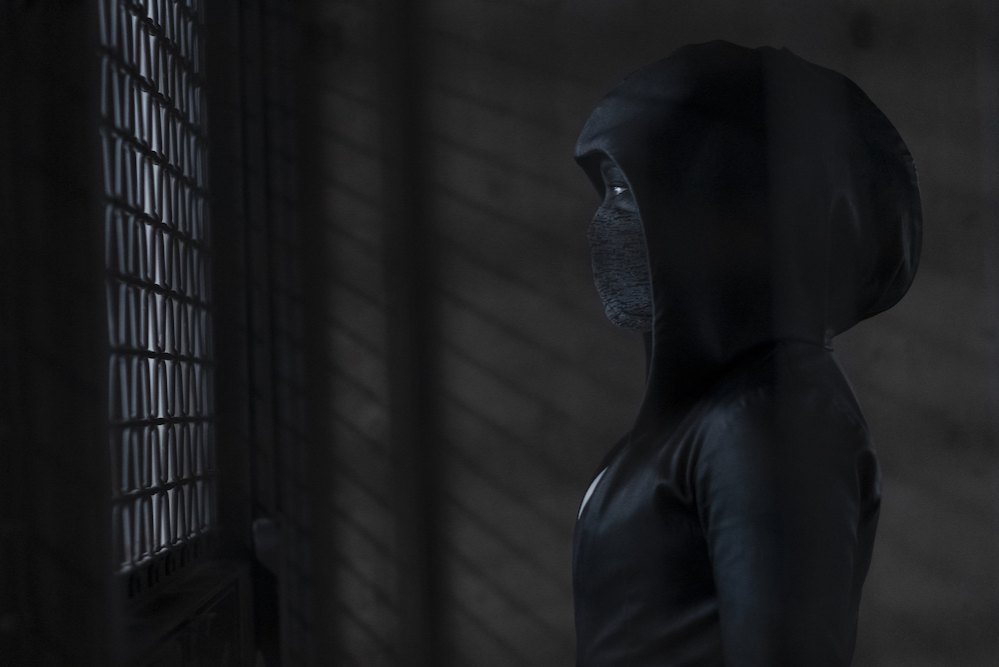 This television series is based on a comic book series published by DC Comics and created by Alan Moore (known for the comic, ‘V for Vendetta’) and Dave Gibbons. However, it is not a direct adaptation as the television show is set 34 years after the events in the comic book series, but set in the same alternate universe. If you are a fan of intricate world-building which was seen in ‘The Mandalorian’ with regards to the ‘Star Wars’ universe, this show will not disappoint you. Although it takes place on planet earth, one can tell that something is inherently and ominously different in this alternate reality marred by violent racism. 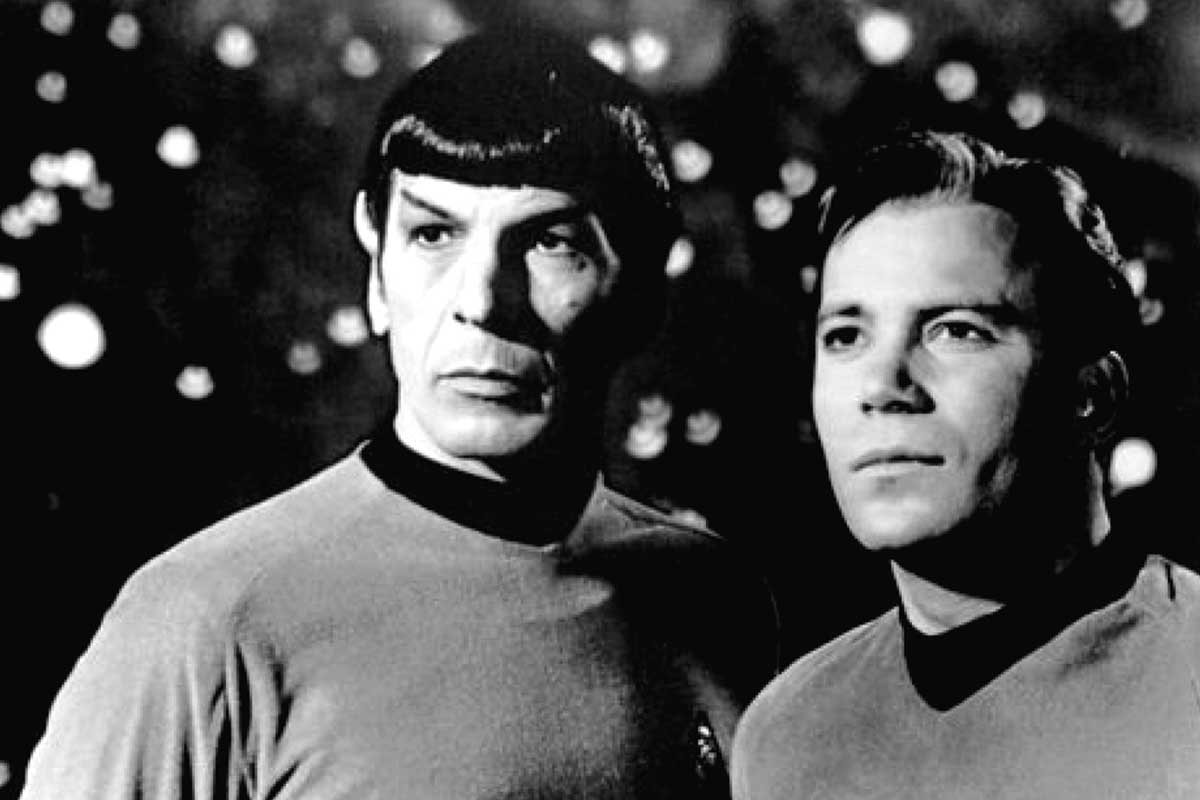 Although it might seem extremely dated in the age that we live in, ‘Star Trek’ was perhaps the biggest rival ‘Star Wars’ has ever seen. Its first television series was aired more than a decade before the first ‘Star Wars’ film popularized the genre of science fiction. It became a cult hit and spurred a total of 7 television shows and 13 movies amounting to a total of 556 hours of content set in the universe. Talk about world-building! Many critics have also pointed out that ‘Star Trek’ is smarter than ‘Star Wars’ for its exploration of human philosophy and politics. However, what franchise is better is an age-old debate that we are not going to get into. But we can assure you that ‘Star Trek’ is just as epic and engaging as its rival, if not more. 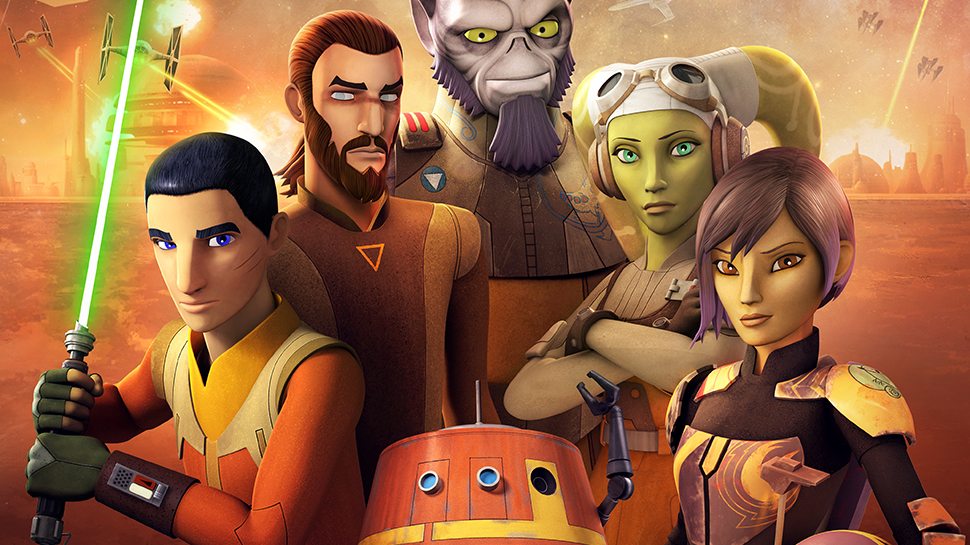 ‘The Mandalorian’ is not ‘Star Wars’’ first foray into television by any stretch of imagination. It has had more than a couple of animated series set in its universe, but we obviously could not include them all in this list. So, we chose the best one! Set fourteen years after the formation of the Empire, this four-season series tells the story of a group of rebels that carry covert operations against the autocratic Empire. It successfully fills a lot of gaps in the ‘Star Wars’ world apart from having an engaging set of characters who are able to keep the viewers’ attention on their own as well. 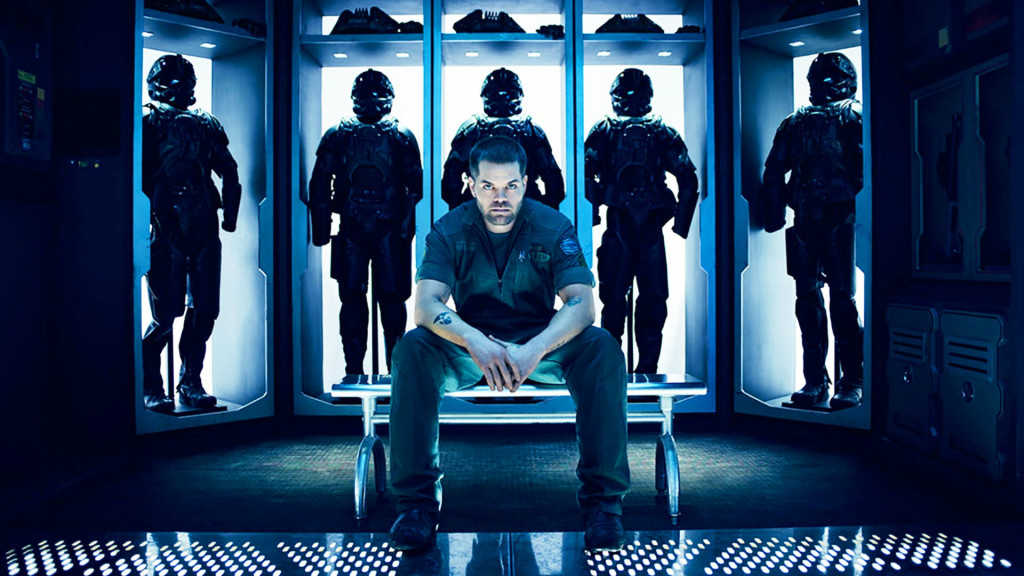 Based on James S. A. Corey’s series of novels, ‘The Expanse’ is a yet another science fiction series set in space. It has often found a place among the best new series of recent times set in an inter-planetary world. Its basic premise is a conflict between Earth and Mars which is a fictionalized, independent military power. One of its lead characters is a rogue spaceship captain investigating the mysterious case of a missing woman: something that viewers might find similar to lone ranger protagonist of ‘The Mandalorian.’ 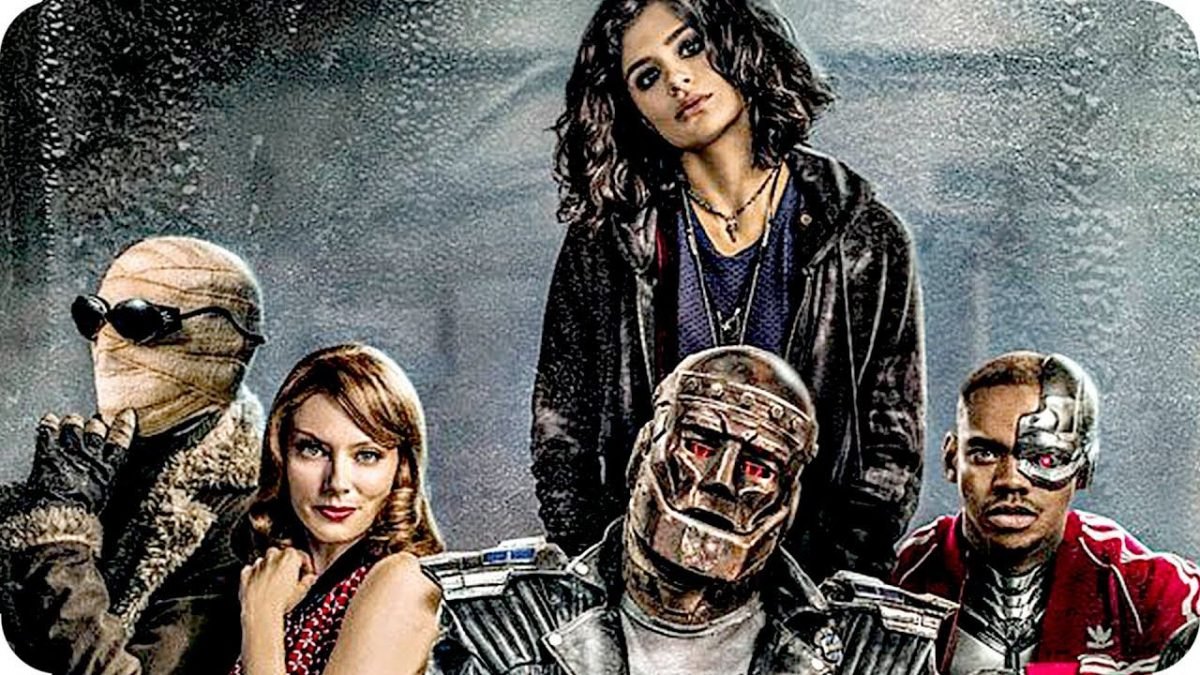 An adaptation of DC Comics’ group of oppressed superheroes, each of whom battle some form of trauma from their past lives has been received positively due to its offbeat nature. Its outlandish writing has been praised significantly for its originality, making it a one-of-a-kind story in an overcrowded genre of superhero fiction.

The only significant difference between the premise of ‘The Mandalorian’ and ‘Killjoys’ is perhaps the fact that the latter focuses on a group of three bounty hunters on a distant set of planets as opposed to one in the former. The Canadian series is filled with the interplanetary political conflicts, futuristic action and impressive characterization that makes it a worthy addition to the space opera genre. 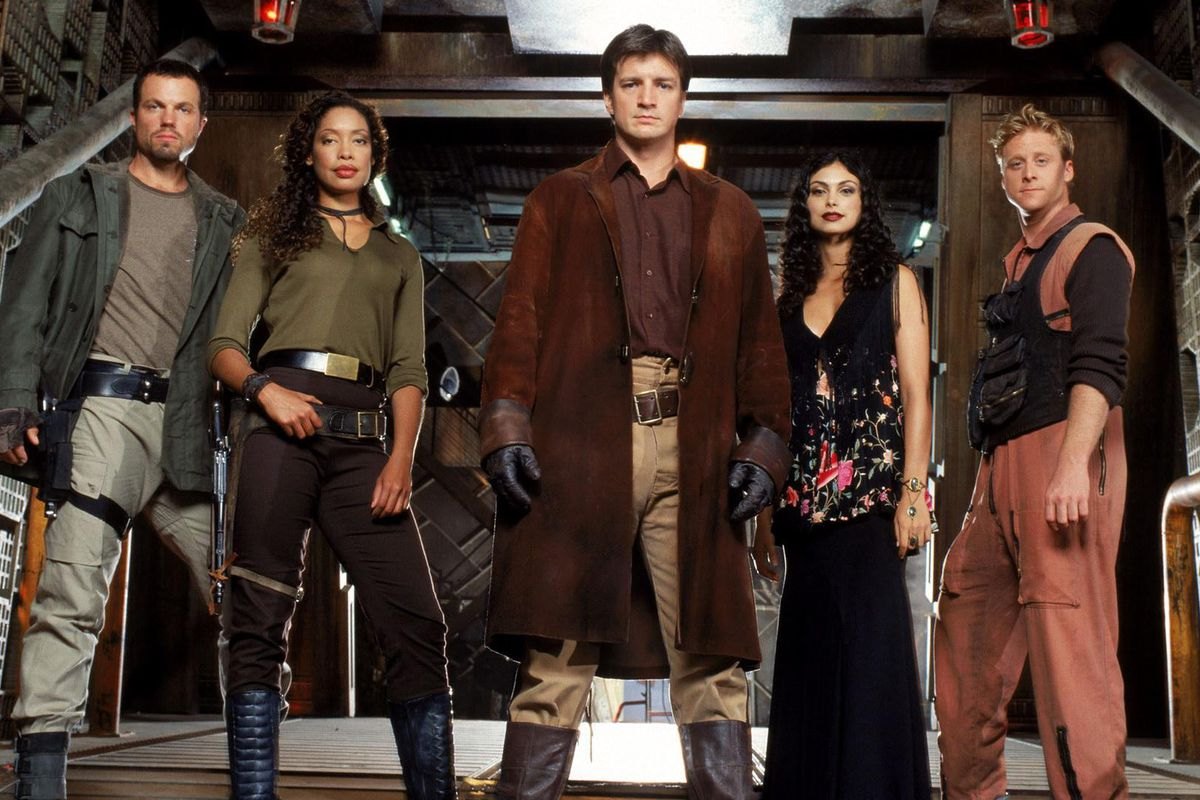 Not a single list of best space Western fiction of all time can be complete without mentioning ‘Firefly.’ Another cult classic, this show is about a group of people that turned out to be on the losing side of a major intergalactic civil war and are now forced to do everything they can to survive on the outer edges of the fictional, civilized galaxy. Apart from similarities in genre, ‘Firefly’’s focus on characters living at the fringes of civilization might make the viewers draw parallels to ‘The Mandalorian.’