9 TV Shows You Must Watch if You Love Titans

‘Titans’ is a superhero TV series based on the characters from the DC Universe. The story is adapted from the Teen Titans comics, where teenage superheroes of the universe have joined together and formed a team to fight any threats to the earth and the common people. The protagonist of the show is Dick Grayson. Grayson was earlier a circus performer who got recruited by Batman and always fought as his sidekick, helping Batman take down the criminals of Gotham City. However, later, he grows out of his relationship with Batman and joins Detroit’s Police Department. But after a while, he takes on the mantle once again and tries to save the world with other superheroes like Rachel Roth, Kory Anders, Garfield Logan.

If you loved watching this show and are looking for titles that explore similar ideas and concepts, then we’ve got you covered. Here’s the list of best shows similar to ‘Titans’ that are our recommendations. You can watch several of these series like ‘Titans’ on Netflix, Hulu or Amazon Prime. 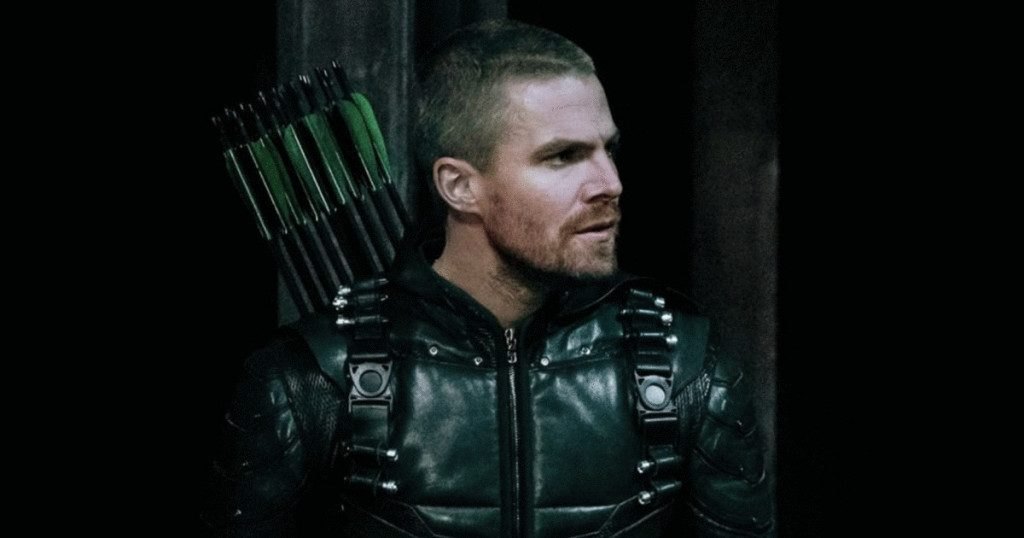 The network CW created a huge sensation throughout the television world when it first came out with the series ‘Arrow‘. The story focuses on the adventures of the lead character, Oliver Queen, also known as Arrow. Queen is the son of a billionaire who gets lost at sea when he was out with his father on their yacht. A huge storm claims the life of his father and Oliver gets rescued by a small clan of people living on an island. They teach him how to use the bow and arrow and transform him into a fighter. The series received high praise from critics. 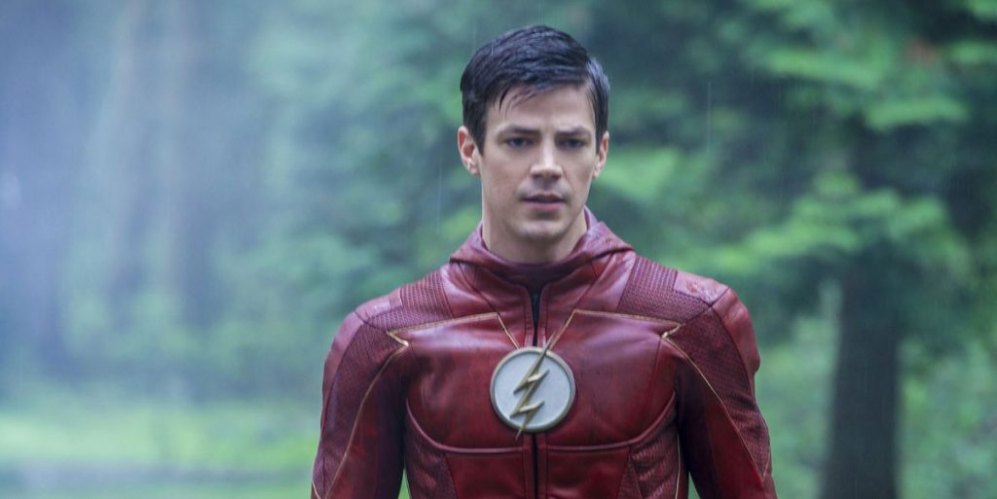 Another CW series, ‘The Flash‘ stars Grant Gustin as the eponymous character. When an experiment involving a particle reactor carried out by famous scientist Howard Wells goes wrong, many people in central City get affected as a result and start developing unique powers of their own. Barry gets affected by this as well and ends up receiving extraordinary speed. Afraid that, these people cause destruction across the city, Wells appoints Barry Allen and trains him in a way that Barry is able to stop such powerful people from causing harm to the people of Central City. Besides this, there is one personal incident that keeps haunting Barry. As a young child, he was witness to the murder of his own mother. As the police were not able to find any evidence pointing towards a person or group who committed the crime, they presumed his father to be guilty and arrested him for the same. 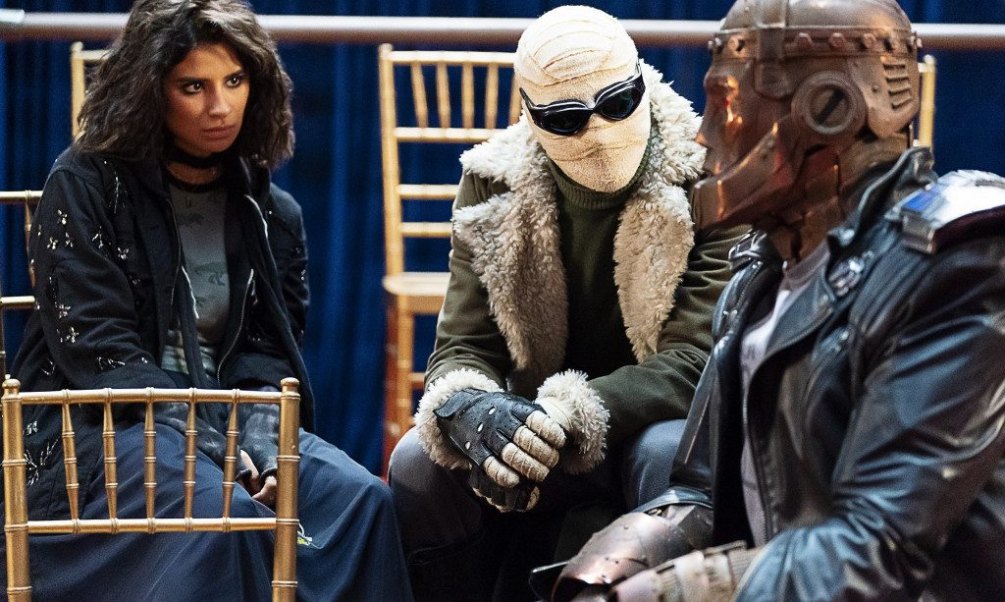 The story of ‘Doom Patrol‘ takes off from the episode of the same name in season 1 of ‘Titans’. Here, we see some members of the supergroup Doom Patrol being called to action after their mentor Dr. Niles Caulder gets kidnapped. The team members include Cliff Steele / Robotman, Rita Farr, Larry Trainor / Negative Man, Kay Challis / Jane. They have to fight through the numerous henchmen of the supervillain Mr. Nobody in order to get to their leader before it is too late. The series was widely appreciated by critics, with some saying that it is currently the best show on DC’s streaming platform. 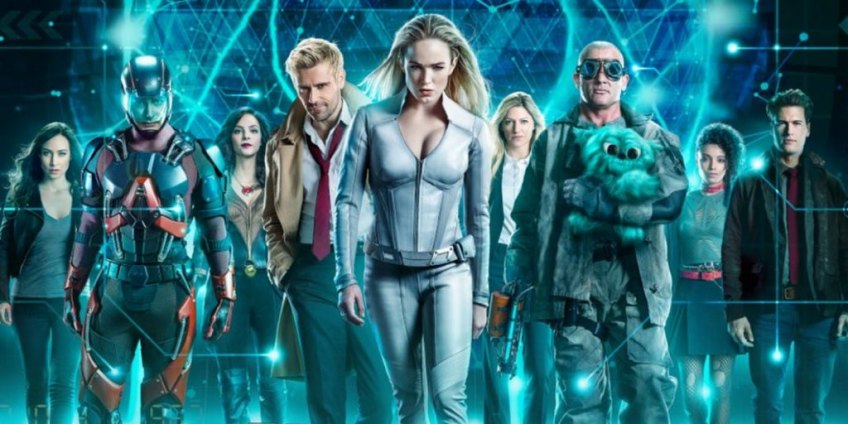 With the immense success of shows like ‘Arrow’ and ‘The Flash’, CW further launched two other shows, ‘Supergirl’ and ‘Legends Of Tomorrow‘. The latter is developed by Greg Berlanti, Marc Guggenheim, Andrew Kreisberg, and Phil Klemmer. A Time Master called Rip Hunter is the main character who recruits other superheroes and makes a team to fight against a rogue Time Master, who is the killer of Hunter’s family. Characters like Wally West, Reverse Flash, and John Constantine also appear on the show. 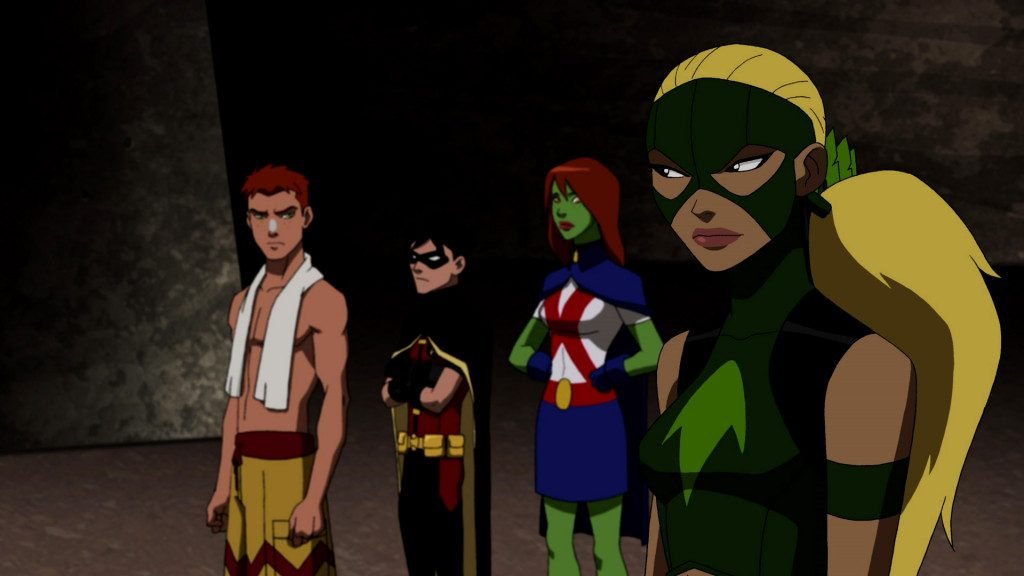 As the name suggests, ‘Young Justice’ is a younger version of the famous DC supergroup ‘Justice League’. This group comprises of young superheroes who were first introduced to the DC Universe as sidekicks of the adult characters. The story begins during a time when these youngsters are brought in by their adult counterparts for a meeting with the Justice League. However, one of them, Speedy, shows his reluctance to be a sidekick and walks out. The other youngsters follow him and they secretly go on a mission of their own. During their mission, they find out that a lab called Cadmus is using its facility for illegal research and the youngsters manage to expose them to the authorities. Moreover, they also manage to rescue a younger clone of Superman called Superboy. Impressed with their skills, the adults decide that these young superheroes should form a group of their own. They name this group Young Justice. The intense storyline of the series garnered praise from all corners. 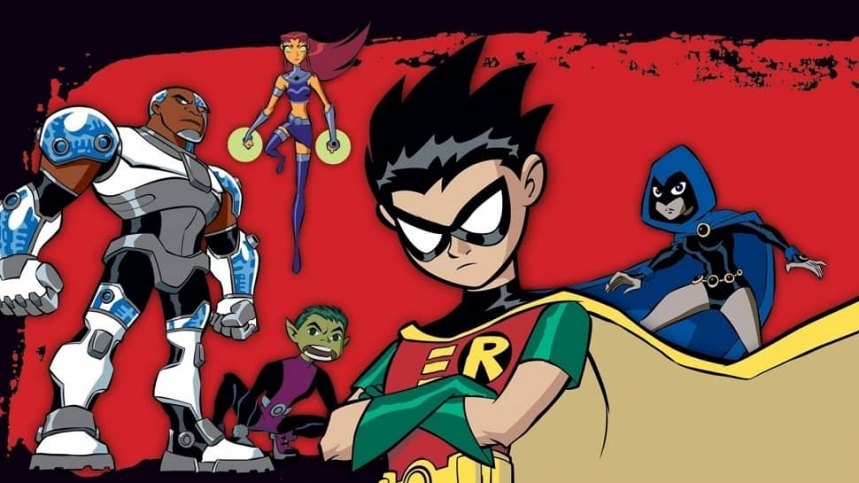 This show revolves around Robin, Starfire, Cyborg, Raven, and Beastboy, who are members of the teenage superheroes group called Teen Titans. Robin is the leader of the group. They have their residence and headquarters at the Titan Tower. The group fight some of the most dangerous villains of the DC Universe like the Brotherhood of Evil and a re-imagined version of Deathstroke called Slade. The unique thing about these teenage superheroes is that unlike their adult counterparts, they do not hide their superhero identities using an alias. 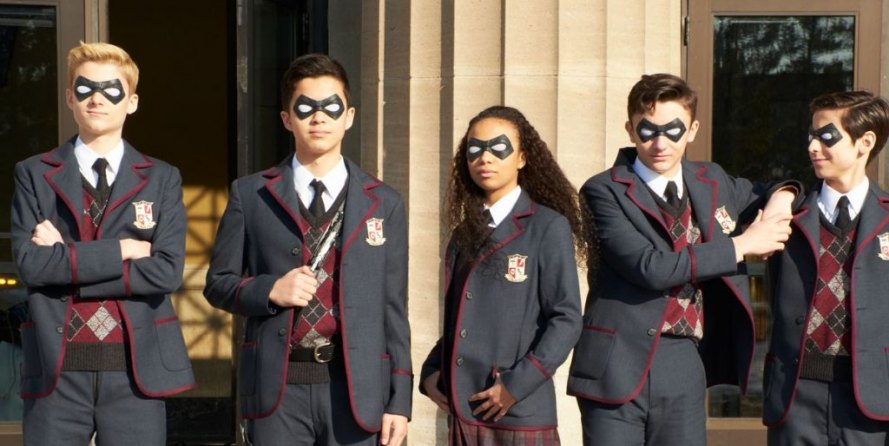 A Netflix original series, ‘The Umbrella Academy’ is a unique superhero story about seven specially gifted kids who are raised together by a billionaire in secrecy to become superheroes when they grow up. It so happened that 43 women around the world gave birth to children on the same day in 1989 without being pregnant for the natural duration of time. Among these 43 children, seven are taken in by Sir Reginald Hargreeves. He trains them and discovers the special quality that each of them possesses. Among the seven, six children are trained in how to become a superhero while the seventh one, Vanya, is kept separated and everyone is made to believe that she does not possess any power whatsoever. The children then grow up and go their separate ways, only to come back for Hargreeves’ funeral. It is then that one of them informs the others that soon an apocalypse will come and destroy the earth unless they act quickly. ‘Umbrella Academy’ received massive praise from critics upon its release. 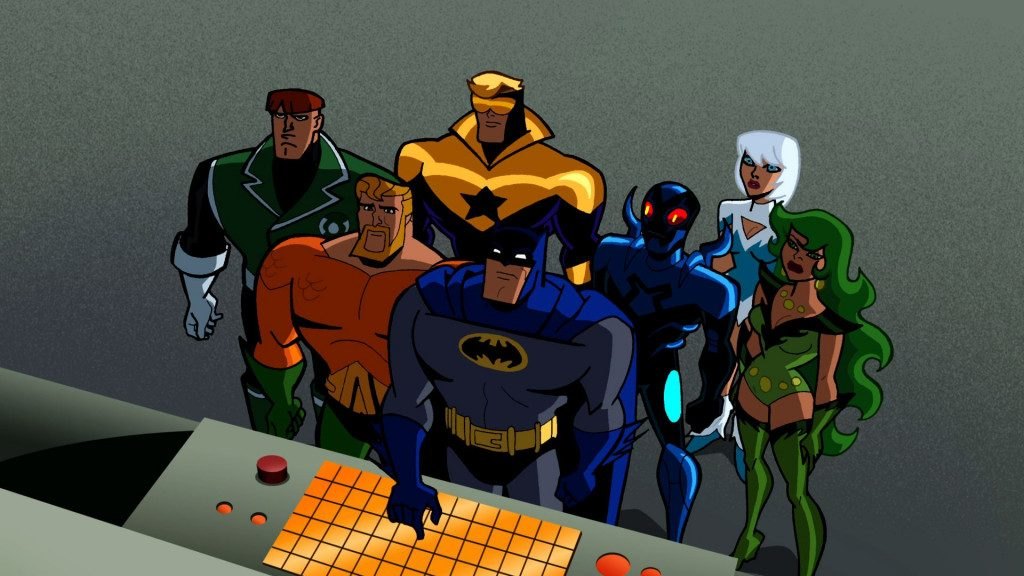 An animated series centering around the popular DC character Batman, ‘Batman: The Brave And The Bold’ sees the Dark Knight teaming up with other superheroes in each episode and fighting a villain. Each episode begins with something called a ‘cold open’. In such beginnings, we see an escapade not related to the main story of the episode. The showrunners said that if a cold open gathered some interest among the audience, they would explore the character in depth in a later episode of the series. Equinox is the chief villain in season 1 while Starro is the main villain in season 2. The series even led to a film adaptation, ‘Scooby-Doo! & Batman: The Brave and the Bold’ where Batman teams up with cartoon’s most popular canine. 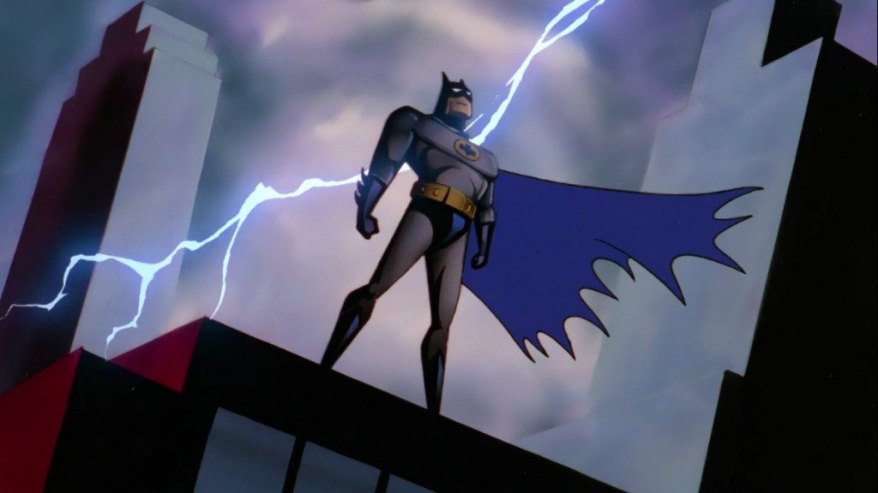 One of the best superhero shows of all time, ‘Batman: The Animated Series’ takes its aesthetic inspiration from the Batman movies directed by Tim Burton. The show uses dark themes, outright physical violence and film noir style in the artwork, something that makes it stand apart from other animated superhero shows. Notably enough, the character Harley Quinn was first introduced in this series and not the Batman comic books. The series is considered a classic in its genre and has won numerous awards. It has influenced countless animated shows that came after it. The settings used in the Batman video games like ‘Batman: Arkham City’ are also heavily inspired by this show.