7 TV Shows You Must Watch if You Love Veronica Mars

Being a private eye is a risky business as it is, but if you’re a private eye at the time when you’re expected to hang out with your friends, party, study, and make all the mistakes possible, the task is rather unthinkable. But Veronica Mars is someone who has never backed down from a challenge, and when she works as a detective under the mentorship of her father, she proves the genes are flowing just right! Kristen Bell plays this young sleuth with many tricks up her sleeve in the seminal teen neo-noir detective series ‘Veronica Mars‘ created by Rob Thomson. Out of the numerous detective shows that release regularly, only a few manage to leave a strong impression on the audiences and if possible, TV culture in general. ‘Veronica Mars’ is one such show which, despite not having flattering viewership ratings, managed to hold on to its soul and ended up leaving a massive influence on popular culture.

The reason ‘Veronica Mars’ stands out is because it never dilutes the dangerous world Veronica exists in. Just because she is a teenager, the character has not been written as to appear as a cute girl lost in the world of big bad men. Instead, both the show and Veronica are pretty hard-boiled in nature. It is a grim, gritty, and unforgiving world in which they exist, and thus critics have oftentimes pointed out that ‘Veronica Mars’ just projects itself s a high school drama while being a deep, twisted character study. So, without further ado, here is the list of best TV series similar to ‘Veronica Mars’ that are our recommendations. You can watch several of these TV shows like ‘Veronica Mars’ on Netflix, Hulu or Amazon Prime. 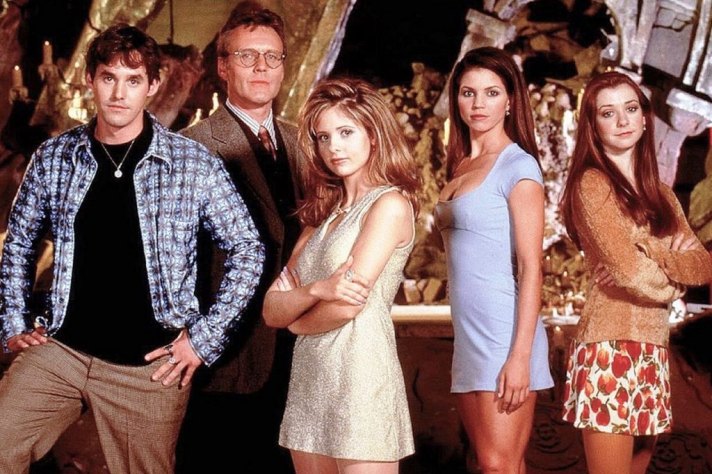 Let me clear the air in the beginning before proceeding further. Yes, ‘Buffy the Vampire Slayer‘ is indeed a supernatural series and is not set in a realistic world with real problems like that of ‘Veronica Mars.’ But the show’s spot in this list is well-justified as both of them, in their absolute stripped-down essence, are about two high school girls who are responsible for far graver tasks than what their age actually permits.

Buffy, besides attending school and trying to mix with the average people her age, also has to keep the onslaughts of monsters and vampires at bay. Hardly any TV show in the history of television has had as huge an impact on popular culture as ‘Buffy The Vampire Slayer’. The series has also triggered a slew of video games, a series of novels, parodies, and even a number of research papers exploring various layers of social, political and gender dynamics. 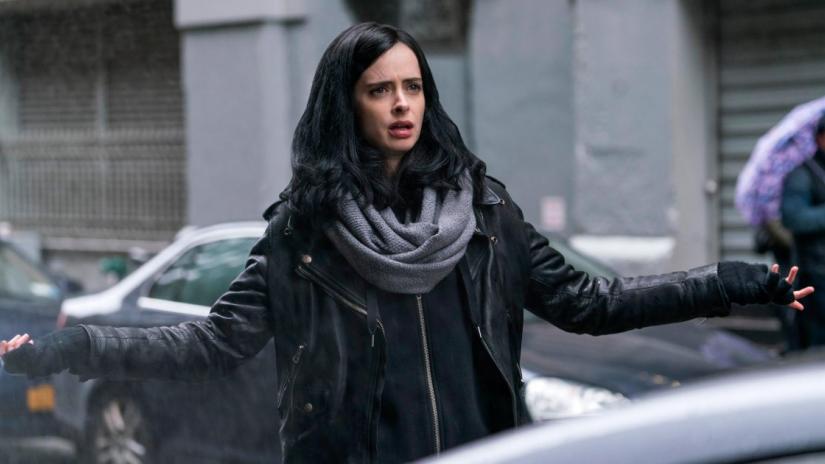 Marvel’s collaboration with Netflix to produce standalone and crossover shows based on the Marvel Cinematic Universe turned out to be one of decisive moves in present-day television. As a result of the partnership of the giants, we got to see superheroes far from the larger-than-life image usually portrayed in movies. Netflix’s Marvel superheroes are disturbed characters, sometimes with a traumatic past, who are themselves struggling with issues in their own lives. The Krysten Ritter-starrer ‘Jessica Jones‘ was a bold step for Marvel into the alien territory of web streaming.

Like Veronica, Jessica too is a private eye and an ex-super hero. But she left behind those days after a severe trauma she’s been through. We find Jessica constantly struggling with her PTSD since she witnessed the death of her entire family. Having taken to drinking and blocking out emotions as a coping mechanism, here we witness a hero going all out for others despite the darkness in her own life. And this is exactly what makes Jessica more of a hero, her sheer courage of not giving up on life and her basic ideologies is lessons we can all learn from her. 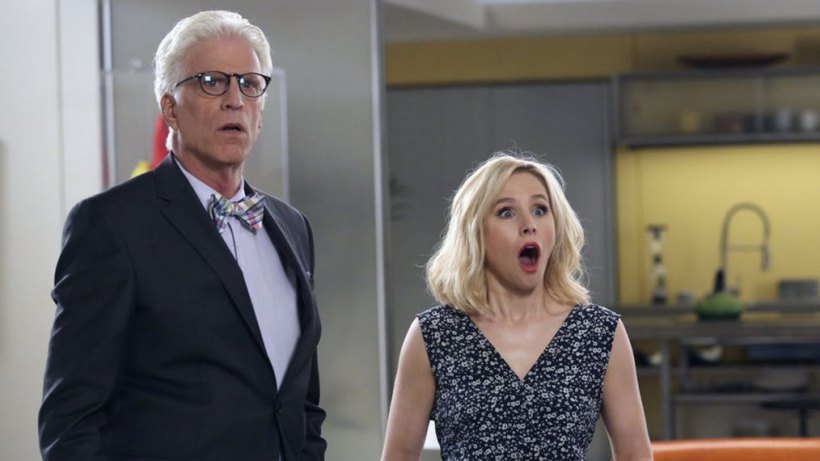 The NBC series ‘The Good Place’ is on this list for those of you who’ve thoroughly enjoyed Kristen Bell‘s performance in ‘Veronica Mars’ and want to check out some of her other work. In ‘The Good Place,’ Bell portrays the character of Eleanor Shellstrop, who, after dying, has gone straight to a beautiful heaven-like abode despite having led an immoral life. Naturally, once she’s in the amazing place, Eleanor does not want to leave. She strives to hide her shortcomings in order to become a better person.

The writing of ‘The Good Place‘ is what makes it stand out as a must-watch. There is a philosophical undercurrent in the writing that tries to explore the realms of Emmanuel Kant, Aristotle and Søren Kierkegaard. When that layer juxtaposes against slapstick humor, the unlikely combo creates a unique viewing experience. 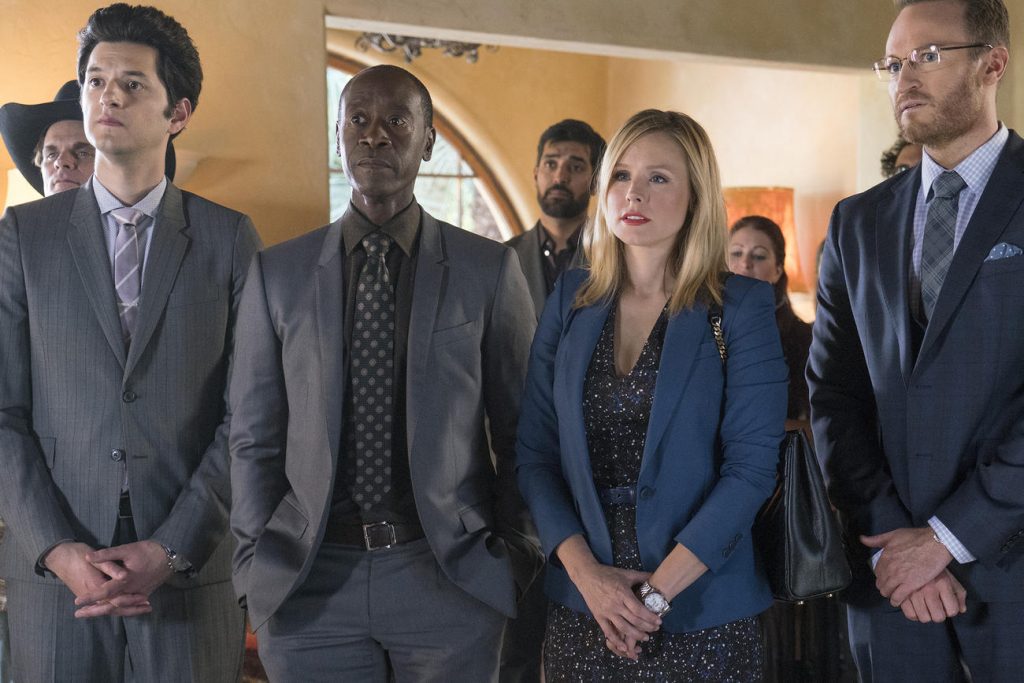 Another Kristen Bell starrer, ‘House of Lies’ is an interesting peek into the world of consultancy services from the perspective of one of the most corrupt and manipulative characters in the business,  Marty Kaan (played by Don Cheadle). The way ‘House of Lies’ is realized is bound to remind you of the seminal Netflix original, ‘House of Cards.’ Both Frank Underwood and Marty Kaan can go to any length to execute their plans. They don’t even hesitate to bend or break the rules to get what they want.

Even the fourth wall breaking, which Underwood was famous for, where he spoke directly to the audience in a way that other characters were oblivious to it, is also a method employed by Kaan. We are in no way claiming that the idea was taken from the Kevin Spacey-starrer because this method was first used in the original BBC ‘House of Cards’ series. Watch the series for its portrayal of the extreme decadence that is quite commonplace in this highly competitive world. The narrative is a reminder of contemporary world where money and success are the only two things which are of any consequence whatsoever. 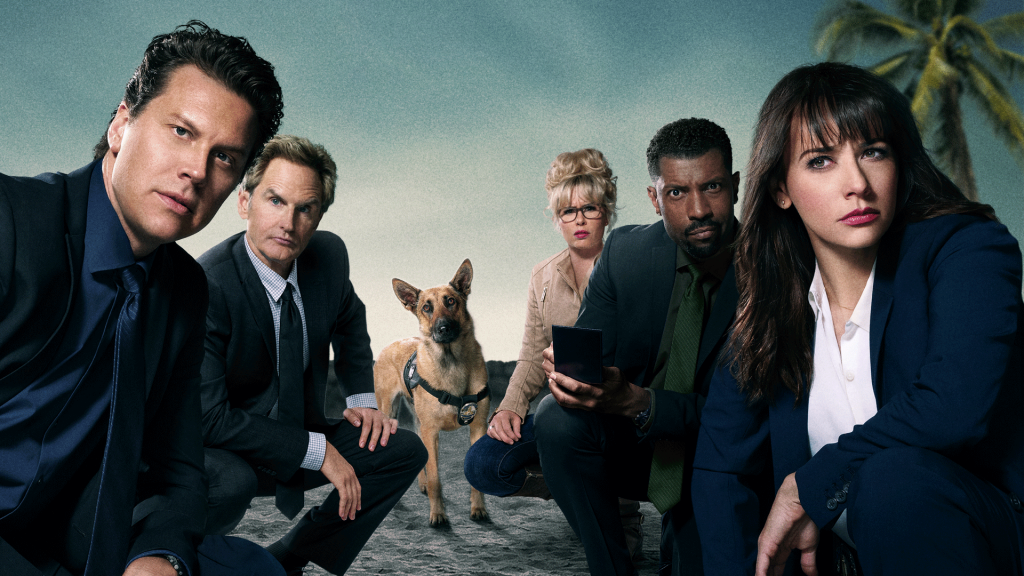 ‘Veronica Mars’ is a fairly serious mystery series under the garb of a high school girl’s life story where the humor is sometimes pretty dark and the situations rather tense. In a stark departure, ‘Angie Tribeca‘ satirizes the numerous police procedural shows which generally follow a strict structure and series of events in every episode.

The series centers around the eponymous character who works in a special unit of the LAPD, the  weirdly RHCU (Really Heinous Crimes Unit). Like most police procedural shows, each episode follows Angie as she takes her new partner along to solve quite bizarre and over-the-top cases. The quasi-serious garb maintained by the actors while doing some of the most ridiculous things imaginable is bound to leave you in splits! 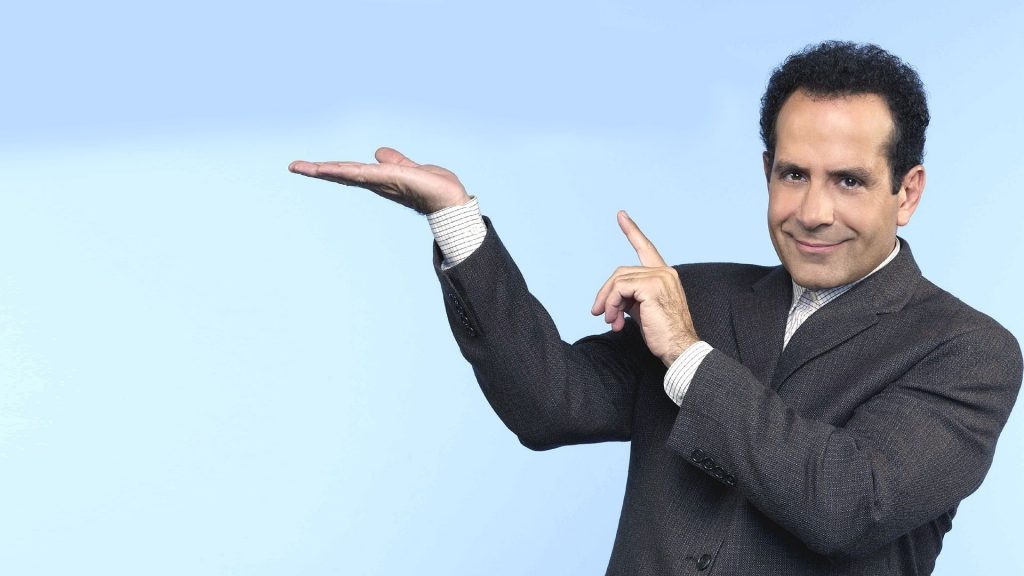 A detective has to be highly adaptable in his personal life as a fish in the water because of the uncertain nature of the profession. It is nearly impossible for some to be suffering from a mental disorder and being a high-functioning detective at the same time. So, when the protagonist of ‘Monk,’ Adrian Monk, continues to solve cases even after suffering from a serious obsessive-compulsive disorder, his life is bound to get complicated.

But interestingly enough, Monk’s OCD also helps him become better at his job as he is constantly alert and aware of the minutest changes going on around him. Despite having the flavor of a comedy series, ‘Monk’ concentrates on the police procedural aspect. It also keeps a safe distance from being labelled as a typical. It is a seminal show capturing the best of both worlds while not being slapstick about either.

‘Moonlighting’ is among the most influential TV shows to come out in the ’80s. The show marked  its significance in the American pop culture and television history by introducing two phenomenon that defined the showbiz since then, Bruce Willis and the comedy-drama genre itself. Willis, now one of the biggest stars on the planet, became a household name after appearing in ‘Moonlight‘ along with his co-star Cybill Shepherd. The plot centers in Shepherd’s character who is a former fashion model who started the agency to balance out her tax accounts. Now she runs it alongside David Addison (Willis).

‘Moonlighting’ received widespread critical acclaim during its run for its unique blend comedy and mystery genre. Moreover, the show never dropped the ball while dealing with tense situations and serious characters. The sizzling chemistry between Willis and Shepherd also worked its own charm on the audiences. Apart from earning numerous accolades, the series also became one of the most important titles in the history of American television.