‘When They See Us’ can be considered as the best Netflix show about racial prejudice. Created, directed, and co-written by Ava DuVernay, this four-episode miniseries revolves around the 1989 Central Park jogger case, wherein a 28-year-old woman was attacked and brutally raped in Central Park, New York City. The tragic incident left her in a coma-induced state for 12 days. Five Harlem juveniles, four African-Americans and one Hispanic were accused of the crimes. What’s sad here is that these five teens were wrongfully convicted and had to spend a major part of their growing-up years behind bars. Antron McCray, Kevin Richardson, Yusef Salaam, Raymond Santana, and Korey Wise later sued New York City and settled for a sum of around $40 million. But this does not account for the fact that they were harassed and spent multiple years being tossed around from one prison to another.

‘When They See Us‘ explores the consequences of failed legal and justice systems in the US. It tries to educate us that every individual should be treated equally, regardless of the race, caste or community they belong to. DuVernay creates a fascinating story, staying true to the facts and never going overboard with emotions and drama. Season 1 of the show premiered on Netflix on May 31, 2019. Now, if you have already watched the series and are looking for shows that are thematically and stylistically similar to this one, then we’ve got you covered. Here’s the list of best shows similar to ‘When They See Us’ that are our recommendations. You can watch several of these series like ‘When They See Us’ on Netflix, Hulu or Amazon Prime. 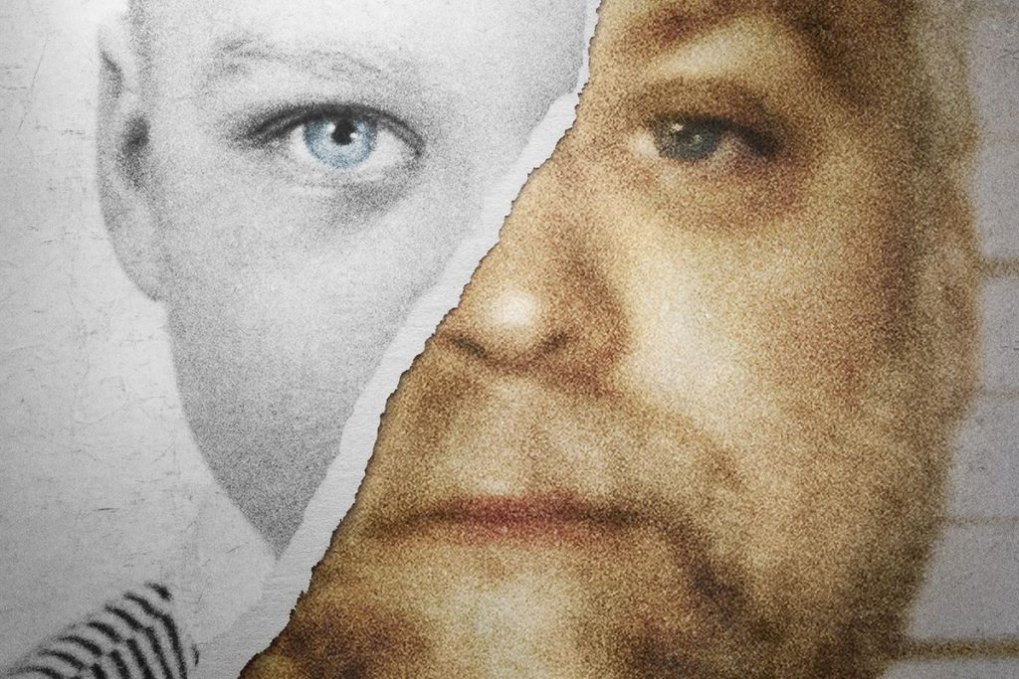 ‘Making a Murderer’, which won four Primetime Emmy Awards in 2016, is yet another masterpiece from Netflix in the genre of true crime documentaries. Written and directed by Laura Ricciardi and Moira Demos, it narrates the story of Steven Avery, resident of Manitowoc County, Wisconsin. In 1985, he was wrongly convicted for the sexual assault and attempted murder of Penny Beerntsen and was sentenced to 18 years in prison. Following his release in 2003, Avery was again charged in 2005 with the murder of Teresa Halbach, which led to his conviction in 2007. The events also chronicle the arrest, prosecution, and conviction of Brenden Dassey, Avery’s nephew, under the grounds of acting as an accomplice in the incidents. Additionally, the show highlights the effects of the arrests on both Avery’s and Dassey’s families, the course of the investigation, and how he was coerced into a confession by his prosecutors, leading to violation of his constitutional rights. 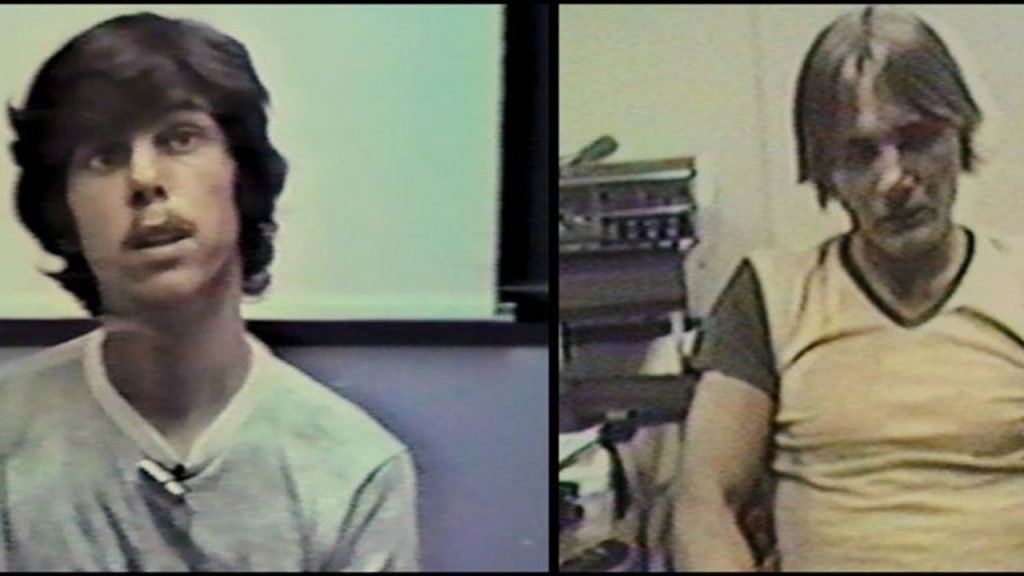 ‘The Innocent Man‘ is an adaptation of John Grisham’s 2006 non-fiction book, ‘The Innocent Man: Murder and Injustice in a Small Town’. Premiering in 2018, this 6-episode miniseries chronicles the infamous double murders in Ada, Oklahoma, which had taken the small town by storm in the 1980s. The documentary explores the supposed false confessions of Ron Williamson, Dennis Fritz, Tommy Ward, and Karl Fontenot. ‘The Innocent Man’ narrates the events via interviews with the victims’ friends and family members, inhabitants of Ada, attorneys, journalists, and other involved individuals. Directed by Clay Tweel, the series deploys new, unseen footage with archival videotapes and photos to retell the story. 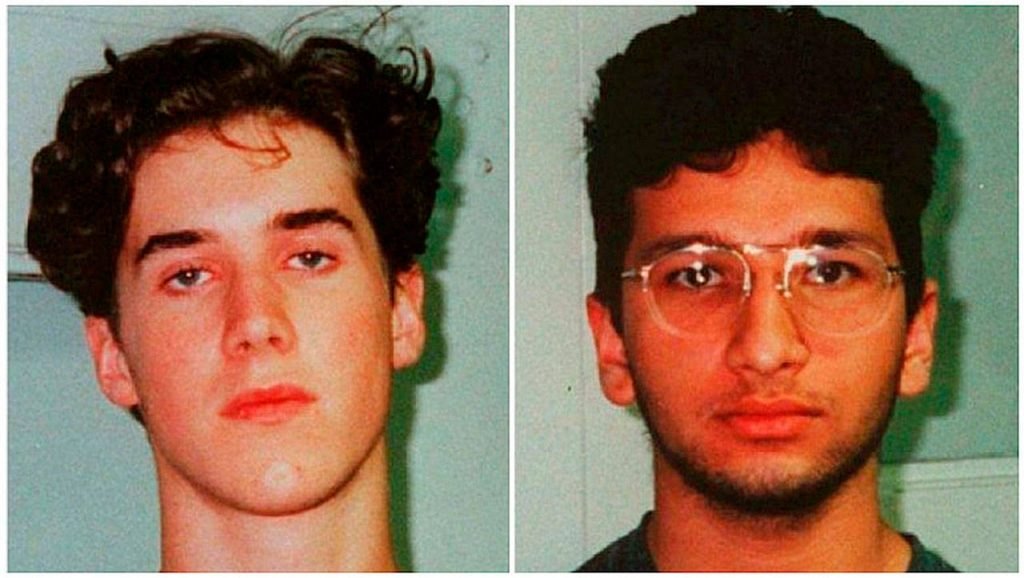 ‘The Confession Tapes‘ is a Netflix original, true crime docu-series that debuted on the platform in 2017. It takes up cases of people who had apparently resorted to false confessions, resulting in their subsequent convictions, after being charged with murder. Each episode focuses on one suspect who had first confessed about the crime but later denied committing it. The series lends alternate insights into how the crimes could have taken place, by featuring experts on false confessions, criminal lawyers, justice failures, and psychology analysis. It also employs audio and video recordings of the suspects’ interviews with legal professionals, which help determine the authenticity of the confessions. 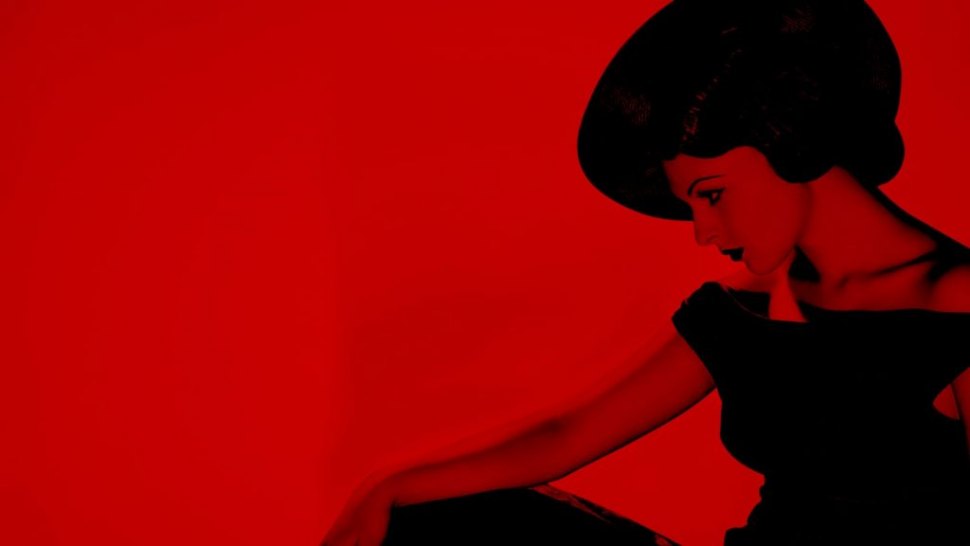 ‘A Crime to Remember’ is yet another docu-series that aired on Investigation Discovery from 2013 to 2018. It narrates the events surrounding notorious crimes that changed the course of history. Some of the cases highlighted here are the bombing of the United Airlines Flight 629 in 1955 and the Career Girls Murders of 1963. Spanning 38 episodes over a run of five seasons, ‘A Crime to Remember’ is a gripping show that features cases which had shocked the media and public alike. 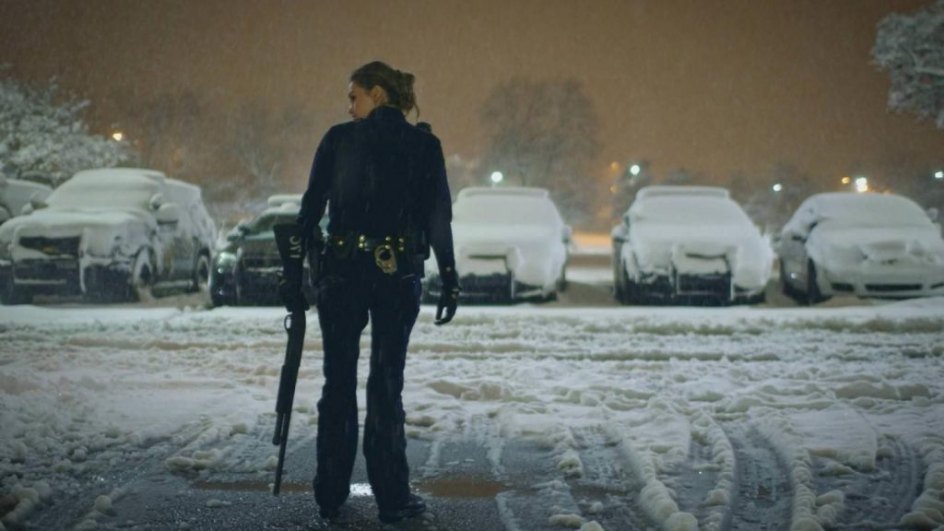 The city of Flint in Michigan is ranked as one among the US’s most violent areas. It came into the spotlight after the Flint water crisis of 2014. ‘Flint Town‘ is a documentary series that focuses on the FPD officers who strive to protect the interests of the 1,00,000 citizens inhabiting this region. With poor infrastructure and slashed resources, this handful of a few law officers have to constantly risk their lives in order to serve the community. As the episodes unravel, we witness the physical and emotional struggles of these cops who attempt to battle poverty, crime, and financially strapped public services during the period from 2015 to 2017. 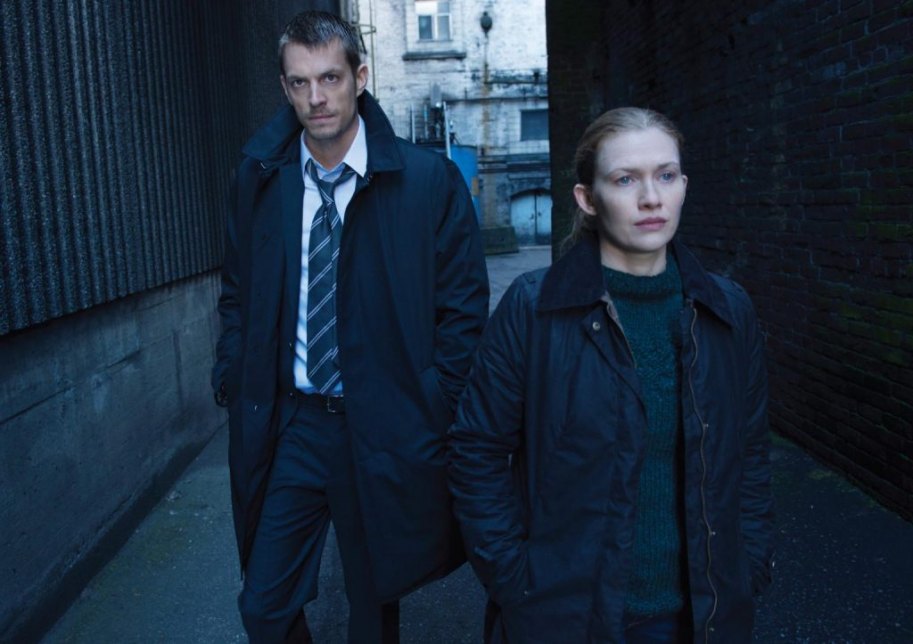 ‘The Killing Season’ is an A&E show that premiered on the platform in 2016. Executive produced by Alex Gibney, it is centered around documentarians Joshua Zeman and Rachel Mills, who try to unravel the case of the Long Island serial killer. Other unsolved incidents featured here are the cases of the Eastbound Strangler and murders of multiple sex-workers in New Jersey and Daytona Beach Florida. The series tries to shed light on the investigations by conducting interviews with victims and individuals connected to the cases. The episodes also feature novel approaches such as contacting an Internet amateur crime investigation group and following up on their findings. 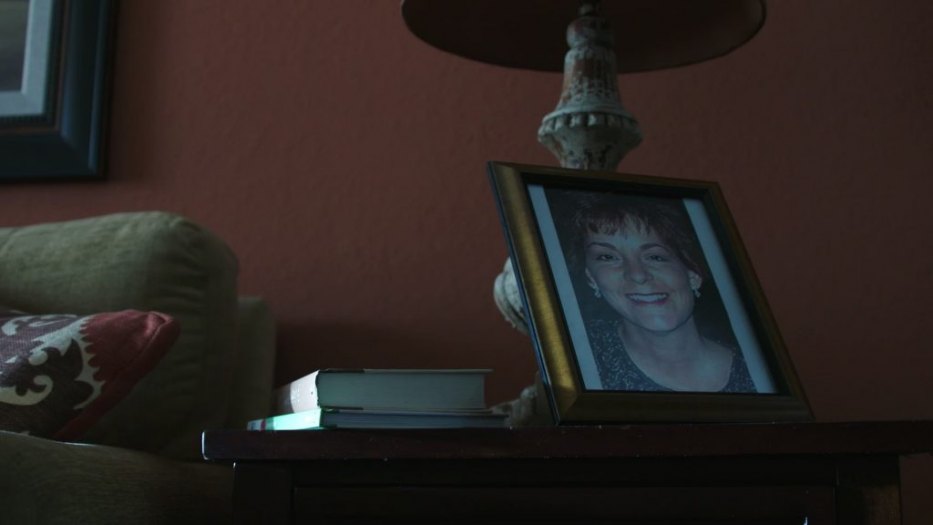 ‘Snapped’ revolves around women who had been convicted after being charged with murder. The episodes try to decipher the motives behind these bizarre crimes, which can be revenge, extramarital affairs, huge insurance money, or abuse. The series also features convicted men who had conspired with their female partners during the execution of the crimes. 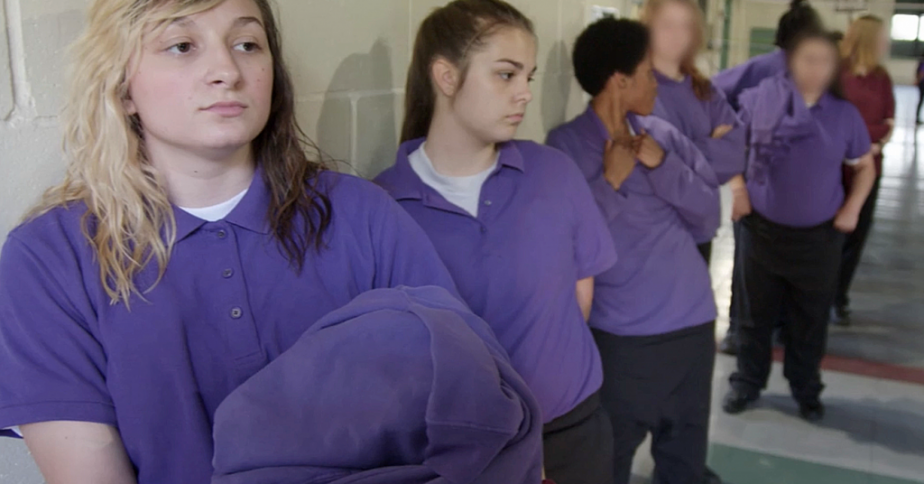 ‘Girls Incarcerated: Young and Locked Up‘, a Netflix documentary, debuted on the platform on March 2, 2018. It chronicles the lives of teenage female inmates in the Madison Juvenile Correctional Facility in Madison, Indiana. The story lends thoughtful insights into the ordeals of young girls who miss out several important milestones while being locked behind bars. The series depicts how their lives are inside the prison walls. It portrays their relationships with other fellow inmates, blossoming romantic link-ups, and celebrations of major events such as birthdays and high school graduations. 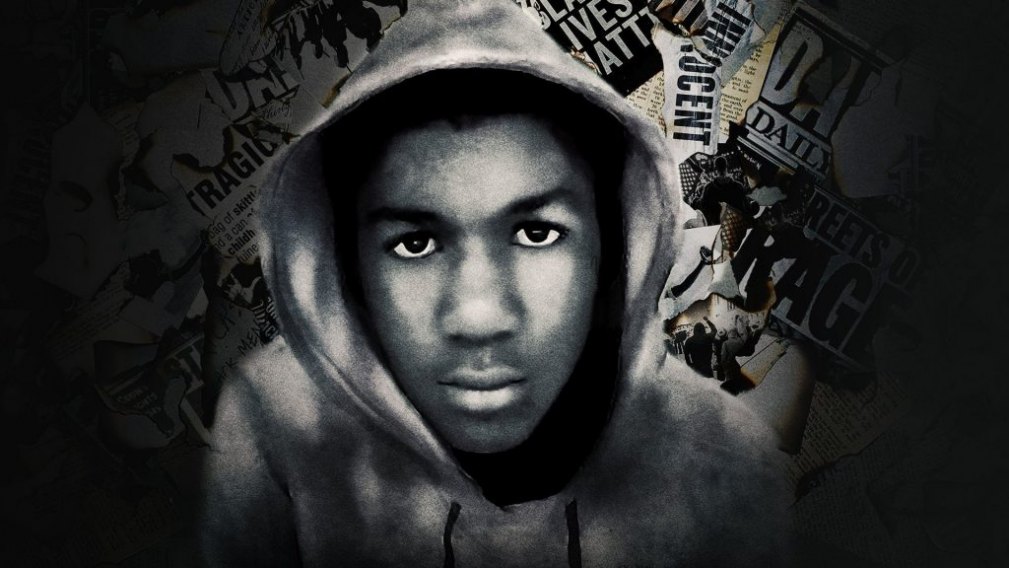 ‘Rest in Power: The Trayvon Martin Story’ is perhaps the most closely related documentary to ‘When They See Us’, in terms of concept and narration. It debuted on July 30, 2018 on Paramount Network and in its span of six episodes, narrates the story of Trayvon Martin’s shooting in 2012. When Martin was returning from a convenience store to his fiancee’s house, he was reported to Sanford Police for exhibiting suspicious behavior by a community watch member (George Michael Zimmerman). After an altercation, Martin was fatally shot on the chest by Zimmerman and he died on the spot.

The series examines the racial tension that plagued the United States as an aftermath of the incident. Executive produced by Sybrina Fulton, Tracy Martin, Jay-Z, Chachi Senior, Michael Gasparro, Jenner Furst, Julia Willoughby Nason, and Nick Sandow, ‘Rest in Power: The Trayvon Martin Story’ narrates the events surrounding one of the crucial turning points which led to the “Black Lives Matter” movement. This story about race, politics, power, money and the U.S. criminal justice system is indeed a must-watch for those who want to gain deeper insights into our so-called ‘discrimination-free’ society. 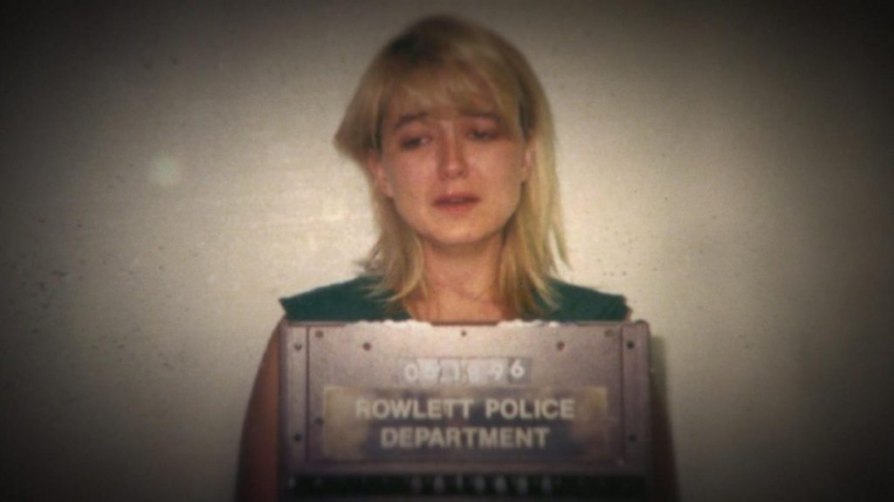 Executive produced by Viola Davis and Julius Tennon, ‘The Last Defense’ is a documentary series that attempts to explore the US justice system and expose its various flaws. It revolves around Darlie Routier and Julius Jones, who are facing death row sentences. However, both of them still plead not-guilty to the charges. Darlie Routier was convicted in 1997 and then sentenced to death after being charged with the brutal stabbing and murder of her two young sons. Julius Jones was sentenced to death in 1991, following the murder of a father. The show tells the personal stories of both these individuals and traces the circumstances that finally led them to the death row.