7 TV Shows You Must Watch if You Love Who is America?

If we take a poll with the question “Who is the bravest comedian in the world?”, chances are that one name shall resonate louder than everyone else’s. And that name is Sacha Baron Cohen. He is someone who’s never afraid to try his luck and push the boundaries, and has achieved new heights with projects like ‘Borat’ (2006), ‘The Dictator‘ (2012), and others. The most interesting aspect of many of Cohen’s projects is that they are unscripted. Nobody except Cohen, his producer, and the guest star Pamela Anderson knew that ‘Borat’ was being shot as a film. This is the reason why the scenes in ‘Borat’ are so ridiculously funny.

Having spread his influence on television with ‘Da Ali G Show’, Cohen has again rocked the medium with the series ‘Who Is America?‘. ‘Who Is America?’ is a political satire show where Cohen’s four new alter-egos interview people from different walks of life. Each of the characters Cohen comes up with has his own perks, and he makes them so believable that nobody is able to figure out that the person is actually wearing a disguise. When the show was televised, it shook up the American political system. One Republican Representative from Georgia was made to bare his bottoms and dance around by Cohen, who convinced him that this is the way to ward off terrorists. Of course, the politician had to resign from his post once the show aired. Others like Sarah Palin lashed out at Cohen for using underhand tactics for taking the interviews. However, the series did end up getting pretty famous among the audience.

If you loved watching this show and are looking for more shows that explore similar themes and ideas, then we’ve got you covered. Here’s the list of best shows similar to ‘Who is America?’ that are our recommendations. You can watch several of these series like ‘Who is America?’ on Netflix, Hulu or Amazon Prime. 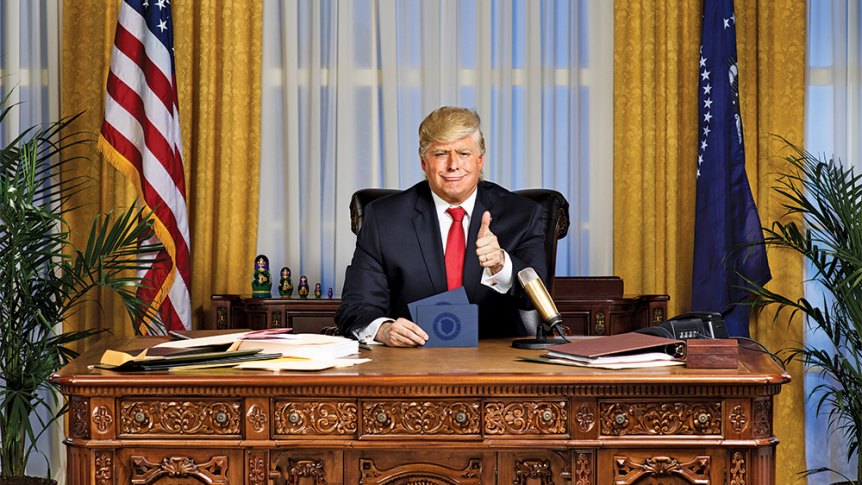 Very few politicians have been imitated as much as Donald Trump. World-renowned actors like Alec Baldwin and Johnny Depp have also jumped on the bandwagon and dressed up as the American President time and again. What Anthony Atamanuik does in this show is yet more controversial and funny. He plays Trump in this series where we see the US President and VP Mike Pence performing all sorts of hilarious gags and sketches throughout each episode. Just like ‘Who Is America?’, ‘The President Show’ satirizes the present political climate in the country. Viewers must check out this show to give themselves a reality check of where respect for the presidential office has stooped to since Trump came to power. 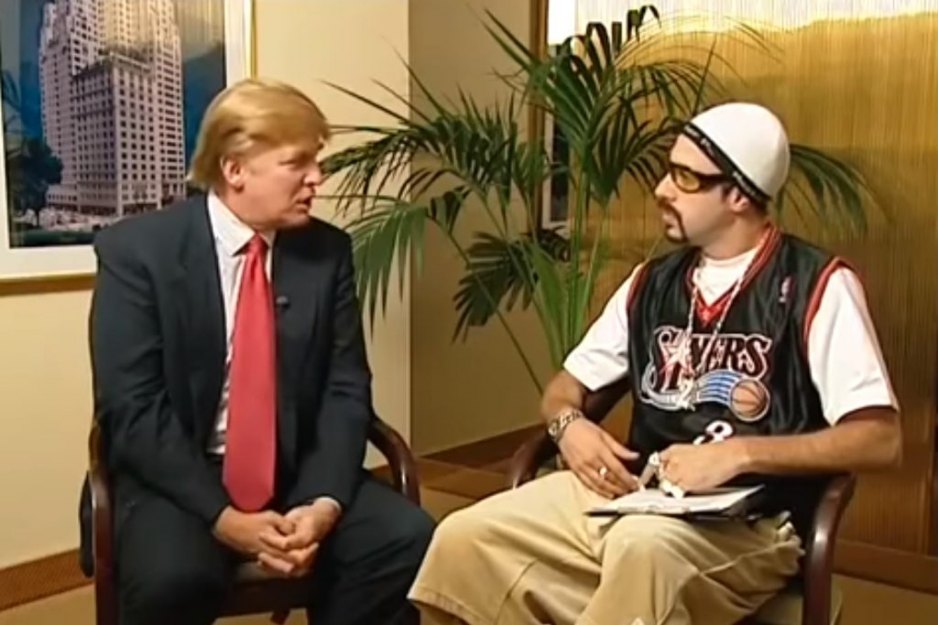 Ali G is the first character created by Sacha Baron Cohen that became extremely popular among the viewers. The character became such a sensation that Cohen was allowed to make a show based on it by HBO. However, this is not the only character created by Cohen to debut on ‘Da Ali G Show’. Borat Sagdiyev and Brüno Gehard also joined the party, and these three characters interview celebrities from all walks of life. The questions they sometimes ask are extremely controversial and hilarious. The most infamous incident on the show was surely the Donald Trump interview where Ali G pitched Trump the idea of selling ice-cream gloves so that molten ice-cream does not make anyone’s hands dirty. Soon, Trump realized he was being scammed and walked out of the show. Cohen can go places other comedians will never dare to, and that is what makes him stand out. Just like ‘Who Is America?’, here too he pushes boundaries which takes the show to a new stratosphere altogether. 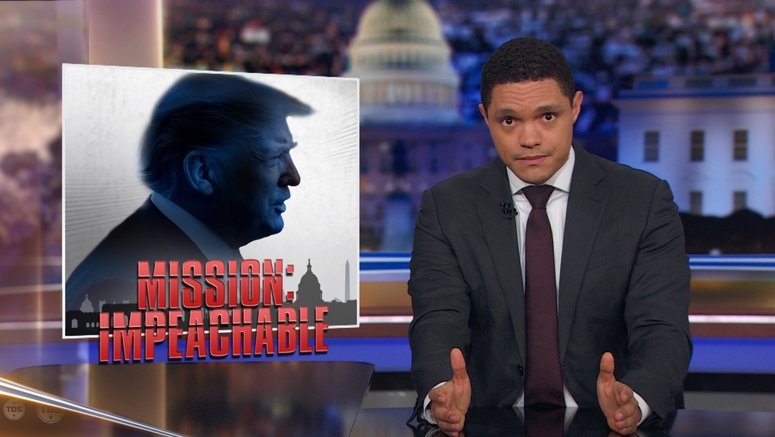 This talk show-cum news satire series is one of the most openly critical programs on television. The host Trevor Noah makes fun of some of the most pertinent political affairs not only in America but all across the world. What commercial media generally keeps wrapped up as things that cannot be debated, Noah brings them out in the open and offers his opinionated but critical views on the same. For viewers looking to have fun while discussing some serious news, this is the go-to show. After Craig Kilborn hosted the series for a couple of years, Jon Stewart took up the host’s mantle and remained at the position until 2015 when he passed over the baton to Trevor Noah. Though not as abrasive as Cohen, Noah sure does pinch where it hurts. ‘The Daily Show’ has managed to bag 24 Primetime Emmy Awards during its run. 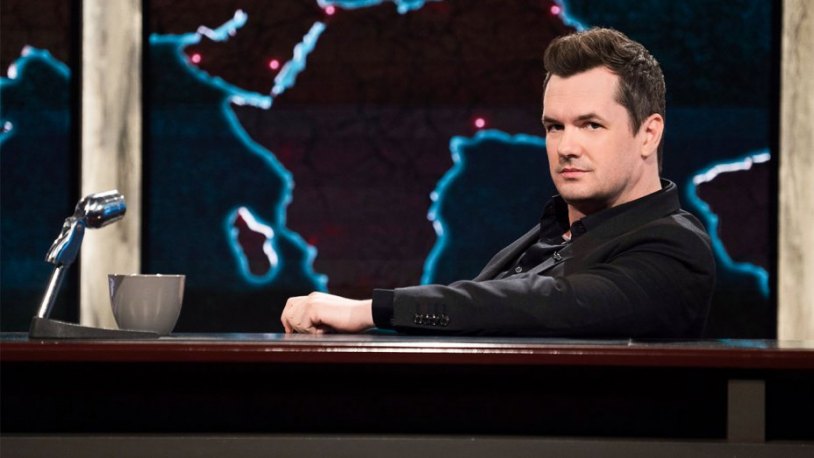 Jim Jeffries is a comedian who believes nothing is beyond the realm of comedy. He is overtly critical of Donald Trump and the gun control policies of the United States. Before his career in late night shows kicked off in 2017, Jeffries gained widespread attention through the routine on gun control he performed on his Netflix special ‘Bare’ in 2014. It was the time when the United States was going through the turmoil of mass shootings, and the piece seems to have struck the right chord. In ‘The Jim Jefferies Show’, the comedian takes on some of the most controversial pieces of news that have happened over the past week. He satirizes these events and tries to look at the funny side of everything. Though Jeffries is quite ruthless in his content, some critics are of the opinion that he softens down himself to a large extent for the television audience. 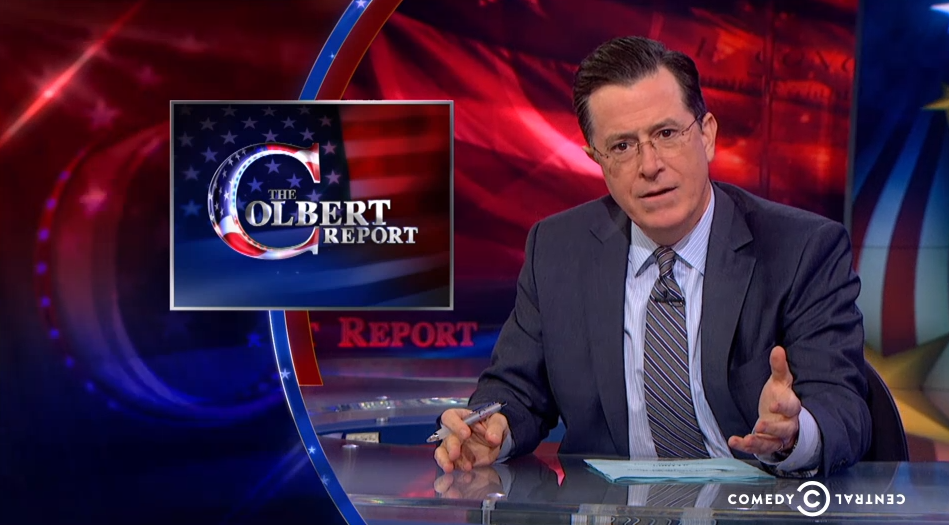 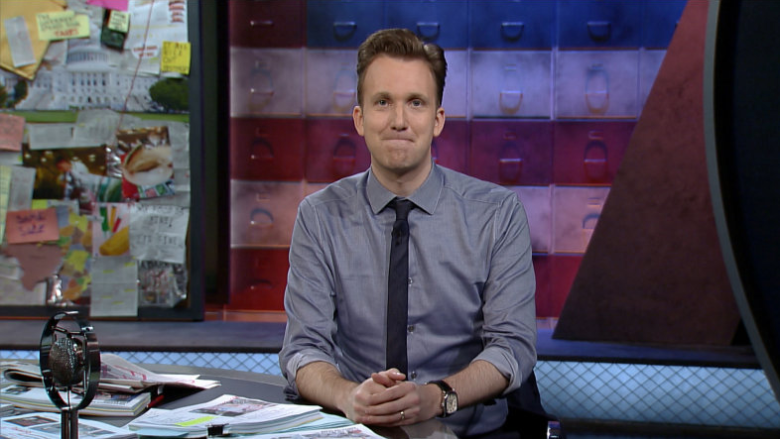 Though ‘The Opposition with Jordan Klepper‘ ran for just one season, the show managed to prove the defiant satirical charm of the host Jordan Klepper. In the show, Klepper plays the character of a strong right-wing talk show host who is quite blunt and brutal in his delivery. He tackles important political issues through the half-hour runtime besides questioning certain in-character experts on the matters of concern. Interestingly enough, both Klepper and Colbert served as correspondents for ‘The Daily Show’ before getting spin-off shows of their own. Comedy Central canceled ‘The Opposition with Jordan Klepper’ after Season 1, but immediately gave him another show called ‘Klepper’. It can be presumed that the show was canceled because political satires were becoming a common fad across a number of television networks. 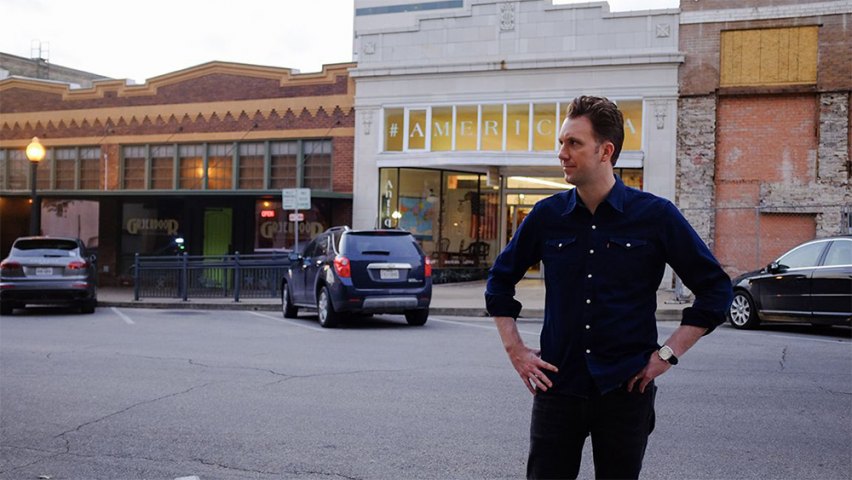 ‘Klepper‘ is a docuseries where we see the famous comedian step out of the confines of the studio into the real world. Klepper travels to various parts of the country in this series, meeting with communities who are mainly ignored by the mainstream media. He tries to understand their problems, desires, hopes, and demands, thereby bringing the viewers close to an America that is hidden behind the glitz and glamor of Hollywood. Klepper, just like Cohen, has proved here that he can go the distance required to make his presence felt. While shooting a particular episode, the comedian got arrested as part of a protesting crowd. The people there were protesting against a university which planned to do away with undocumented students. After coming out of prison, Klepper said he was proud to have stood by something he completely believes in.