The smiling powerhouse of India, Shruti Haasan has taken giant strides in the film industry. One could say that she was helped by her father’s stature and connections but that also pinned huge expectations on her. Despite all the pressure, she came out shining as she proved her acting caliber. She made her debut way back in 2000 in the Tamil-Hindi bilingual ‘Hey Ram’ as a child artist. Then, after a long stay away from the industry, she made her adult acting debut in Bollywood thriller ‘Luck’ containing an ensemble cast. Although the movie received average ratings, Shruti’s performance turned many eyeballs and showed promise for the future. She went on to make her debuts in Telugu and Tamil film industries respectively. 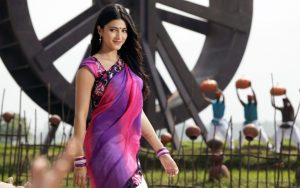 A remake of the hit Salman Khan film ‘Dabangg’, ‘Gabbar Singh’ saw Shruti portray a village belle named Bhagyalakshmi who falls in love with the lead character. Through this role, Shruti showed the many other facets of her acting like excellent screen-presence and soaring confidence. The film became a hit and early in her Tollywood career, Shruti proved that she is here to stay. 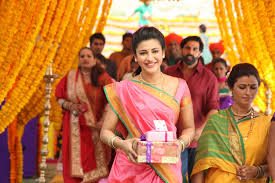 This story exists in almost all the film industries for its stand against corruption. Shruti Haasan plays a strong-willed honest woman who has strict reservations against crime. But knowing Gabbar’s cause, she decides to help him abolish corruption in the country. Shruti Haasan again shines in her character despite not a lot of build to it. 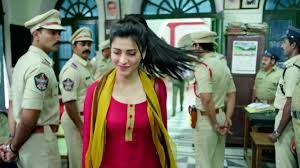 ‘Singam 3’ is just another Suriya film all the way. But Shruti added her spark to the film and brought out something fresh. An out-and-out action film, it packs quite a punch and Shruti delivered each of her dialogues with a lot of power which turned the film into a ‘hit’. 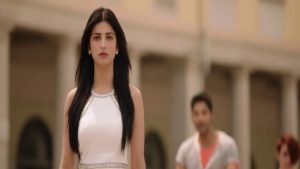 In this laughter riot of a film, ‘Shruti’ plays a challenging character in a woman who prefers to contain her emotions completely rather than react to adverse situations. Then, a near-perfect transition happens when she falls in love and Shruti captures this transition very efficiently through her expressions. The film brought out the best of her and she received the Filmfare award for best actress. 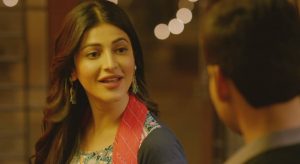 ‘Srimanthudu’ as a film mostly focussed on Mahesh Babu’s character but Haasan’s role was equally important as she is the one who teaches him the value of his roots and encourages him to go back to his village. She performs a gradual change from a modern big-city girl to a village woman who knows her responsibilities towards the village. It works well for the plot as her character only thickens with time and receives more and more recognition. An excellent film by all means but an as-important performance by Haasan. 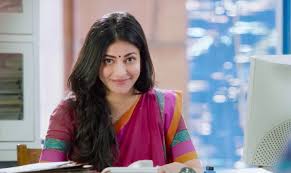 ‘Premam’ is the remake of hit Malayalam film of the same name having Nivin Pauly in the lead role. Shruti faced a lot of competition for her character was not the only prominent one but she did it with so much finesse that everyone took note of her performance in a film that fared rather well. 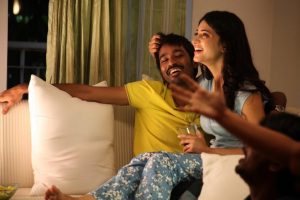 ‘3’ is a romantic-psychological thriller which shows a person’s whole life from school days to death. Shruti Haasan stars as Dhanush’s wife giving pitch-perfect expressions in every scene. This film must be her most difficult role in terms of the range of emotions she has to display on-screen. Special mention goes for the heartening chemistry that she shares with Dhanush in the film. A truly entertaining film to watch with the family. 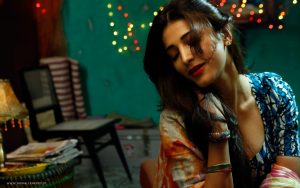 Portraying a Pakistani prostitute in this action-packed spy-thriller film, Shruti Haasan really stretched her boundaries and proved her versatility. In a patriotic film, her romantic scenes with Arjun Rampal gave a nice edge with the audience feeling fully satisfied. She didn’t have any action scenes to do yet she made her presence felt to the viewers. She has to be particularly appreciated for her preparation for the role as it is not easy to get into the skin of a prostitute and understand her life. 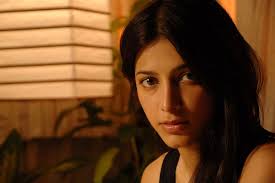 ‘7aum Arivu’ is her debut film in the Tamil film industry and what a way to arrive on the scene. One of the biggest hits of her career, it stars Shruti as Subha Srinivasan, a scientist who tries her best to bring Bodhidharma back to life. In an intriguing movie filled with history, Shruti manages to match the intensity and make an effective beginning in Tamil cinema. 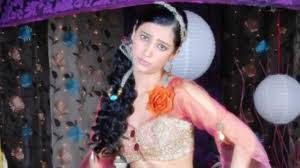 If the previous entry was her Tamil debut, this one is her Telugu film debut. Again, it is impressive how she took another challenging role for a beginner and aced it with ease. As a gypsy, her character ‘Priya’ requires a lot of preparation and time which she put in and the final result is as realistic as it gets. As a result, she received the Best female debut Filmfare award for her performance in this film. 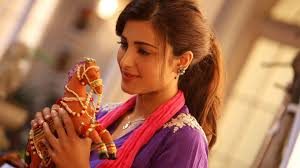 In her comeback film in Bollywood, Haasan plays a simple, fun-loving village girl who believes only good to be there in this world. She shares a comforting chemistry with Girish Kumar as both give a blockbuster. With her soft voice, she makes everyone fall in love with her. It’s surprising how she transforms from this character to the one in D-Day since it was her immediate next release. 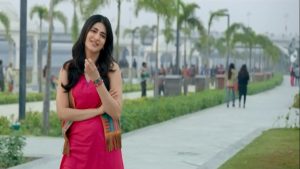 Her latest film ‘Behen Hogi Teri’ has her best performance to date as Shruti portrays Binny Arora, a character which is relatable to every Indian girl. The film touches the very popular concept of how certain men end up being their lovers’ brothers rather than boyfriends. Most of all, for a Chennai-based girl, Shruti gave a good performance as a Delhite girl alongside Rajkumar Rao who is slowly becoming the next favorite actor of critics. It seems like Shruti Haasan is taking baby steps and would soon become a household name.