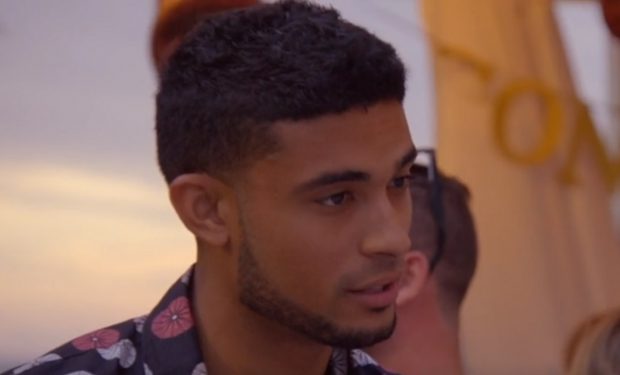 ‘Siesta Key‘ is a popular reality show on MTV that is bound to seem familiar to anyone who’s seen ‘Laguna Beach.’ We look at the daily lives of some young people and follow their loves, adventures, and other mishaps. When Brandon Gomes first came on to the show, he seemed like the typical beach bum who would laze around and be there for the drama. However, in his time on ‘Siesta Key,’ Brandon has turned out to be quite the astute individual, focused on furthering his career. He’s also won the love and respect of viewers in the process, giving them something other than the run-of-the-mill drunken drama as a point of focus. Eager to know more about Brandon’s life outside the show? We have got you covered.

Brandon Gomes Nationality: Where is He From?

Brandon was born in Sarasota. In fact, he feels he owes a lot to the place of birth. His mentorship, guidance, and inspiration all come from Sarasota. In fact, he has no intention of moving anytime soon and feels he can achieve as much in life at Sarasota as he can in New York or Los Angeles. However, Brandon’s family might hail from Cape Verde, which is a small island off the coast of West Africa.

Who is in Brandon Gomes’ Family?

Brandon seems to rather private about his family on social media. However, his father has appeared on the show numerous times. Anthony ‘Tony’ Gomes, aged 57, is the founder and CEO of Advanced Wealth Management, LLC. It is a Florida based investment firm which has been running since January 2004. Before that, he worked in a similar capacity for PepsiCo’s Tropicana. Tony also has a background in the army, having served as part of the National Guard at Fort Benning, Georgia.

What Does Brandon Gomes Do?

Brandon is focused on music and has used the popularity of ‘Siesta Key’ to promote his work. He’s invited camera crews into his studios where he makes music. Viewers have a refreshing change, seeing Brandon cast models or prepare for his music tour. He’s been making music before the MTV series, but once the crew members realized viewers were interested in Brandon’s career, they transitioned to recording him at work. Here’s Brandon following his passion.

Gomes is particular about representing his birthplace, Sarasota, in his music. He’s mentioned how the hip hop tradition includes namedropping places, like Brooklyn or Compton. Brandon plans to do that for Sarasota, which he has credited for his artistic inspiration.

Who is Brandon Gomes’ Girlfriend?

Meanwhile, Camilla has become such a big part of Brandon’s life that she features in the second season of ‘Siesta Key.’ Here’s a picture of the two of them together.